Ecommerce Wars on Social Media - What Are They Aiming At?

By Ritu Kochar
March 28, 2016
Opinions expressed by Entrepreneur contributors are their own.
You're reading Entrepreneur India, an international franchise of Entrepreneur Media.

The recent face-off between Flipkart's Sachin Bansal and Snapdeal's CEO Kunal Bahl on Twitter took everyone back to the time of Cola wars where Pepsi and Coca-Cola chose advertising, the ecommerce companies have added Twitter to their artillery.

Shots were fired and egos were hurt. As the competition intensifies, the big boys of ecommerce companies - Amazon, Flipkart and Snapdeal - are going great lengths to save their company from being mocked at on Twitter. Knowing the impact of social media, where millions of their customers wait as they plan their next comeback, these ecommerce companies have indulged in twitter clashes before to prove their point. But these fights hide more than we perceive.

Let's have a look at some of these fights on Twitter in the past and if it had the impact they intended.

Snapdeal and Flipkart have a history of taking their fear of competition to social media and using it as a brand strategy. And what a brilliant one we must say. Though Snapdeal is backed by Alibaba, the news of the latter entering Indian Market can't be a pleasant one to hear for both of them. Being an ecommerce firm it poses threat to Flipkart, Snapdeal, and even Amazon, and the fear is evident from the words.

Snapdeal's Kunal was eager to share how Flipkart should "Focus on (ur) business and not commentary', we did not fail to notice how it was directed towards business. These are what Harish Bijoor calls "attention grabbing techniques'. A brand strategy expert, Harish said, ""Attention grabbing techniques I call them. Flipkart and Snapdeal are two big names and Alibaba is a big party to talk about. This is also giving unnecessary attention to Alibaba which is set to overtake Walmart. This is a part of the branding strategy of the two parties which they have pulled off in the past as well".

Where everyone was talking about Alibaba, Flipkart and Snapdeal stole Alibaba's thunder with just a twitter post. And boy, did it work for them!

When you run out of ideas, how about exploiting the ones your rivals have. A tactic which many ecommerce companies followed when Flipkart used this tagline: 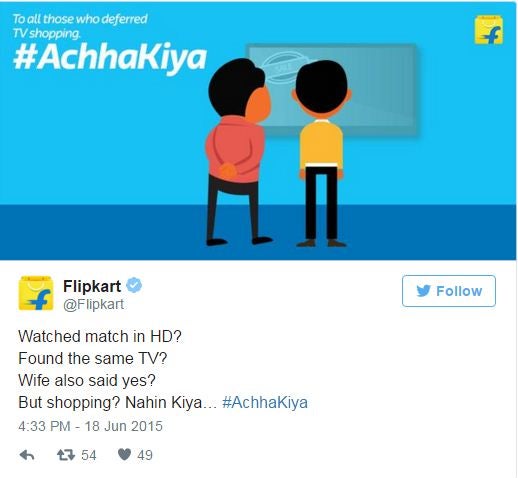 Flipkart's #AchhaKiya turned out to be not so achha when Snapdeal found a loophole in the words: 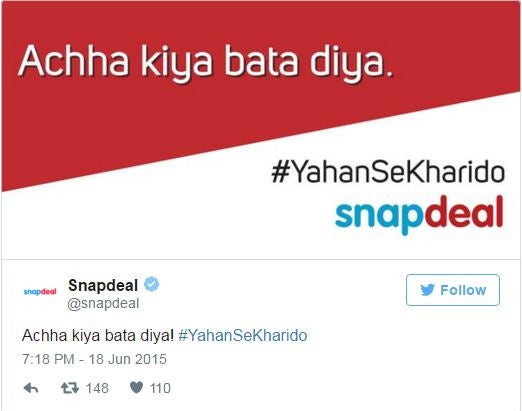 It wasn't long when other online platforms joined the battle and came up with their own tags. For instance, CouponDunia's war cry was: Kahin se bhi khareedo, #BachaoIdharSe; and Paiza Bazaar joined in with their 'Khareedne k Liye #PaisaChahiye'.

A couple of tweets later, it was Amazon who summed it all up and took the prize away with this: 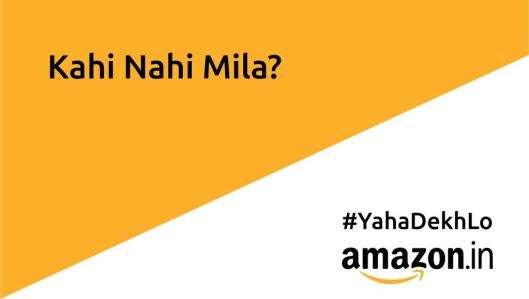 Amazon is the oldest ecommerce company and is still going strong. While Flipkart and Snapdeal offer fulfilment services and other products to ease seller costs, neither of them has quite the bouquet Amazon has. And where people go to Flipkart and Snapdeal for discounts and crazy sales, Amazon have been able to offer a better product at everyday low price.

This doesn't mean Amazon does not have or need great marketing plans. Amazon has contantly proven to be the king of online comebacks in these batle and they're only getting better. Last year in February Reddit India tweeted a picture that went viral of an Amazon box in Flipkart's headquarters.

Flipkart went a little out of the way to save their broken pride with their distasteful reply: 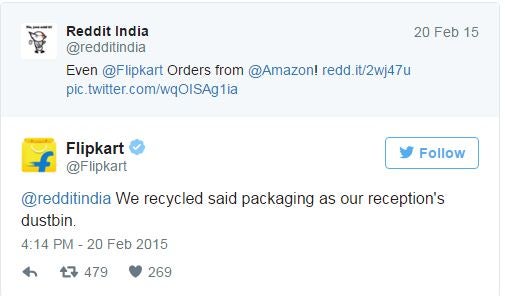 Amazon was quick to put their social media team on working on the best comeback and what they did come up with was no short of wit. Their comeback wasn't only a solid burn for Flipkart but also reminded them of their roots. 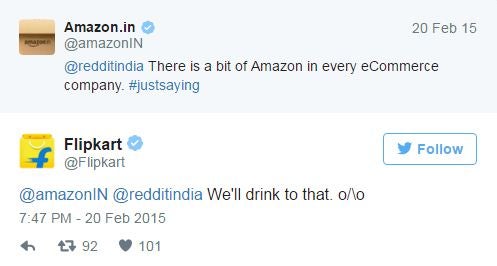 It's all about GMV

The battle so far has primarily been about gross merchandise value (GMV), which is the total value of goods sold without calculating promotions and discounts, and valuation. There was also a war of discounts, with the e-commerce companies even selling goods at 70-80% discounts on occasion. Keeping this in mind, one must remember Flipkart's very hopeful Big Billion Day last year. The time however did not turn out to be that festive for Flipkart. Amazon was already a bone of contention when they decided to hold their Great Indian Sale at the same time. Snapdeal also trolled the Flipkart sale with a full page advertisement just beside Flipkart"s on TOI stating, "For others it's a big day. For us, today is no different. Best savings guaranteed. Every day. Check Snapdeal before you buy". 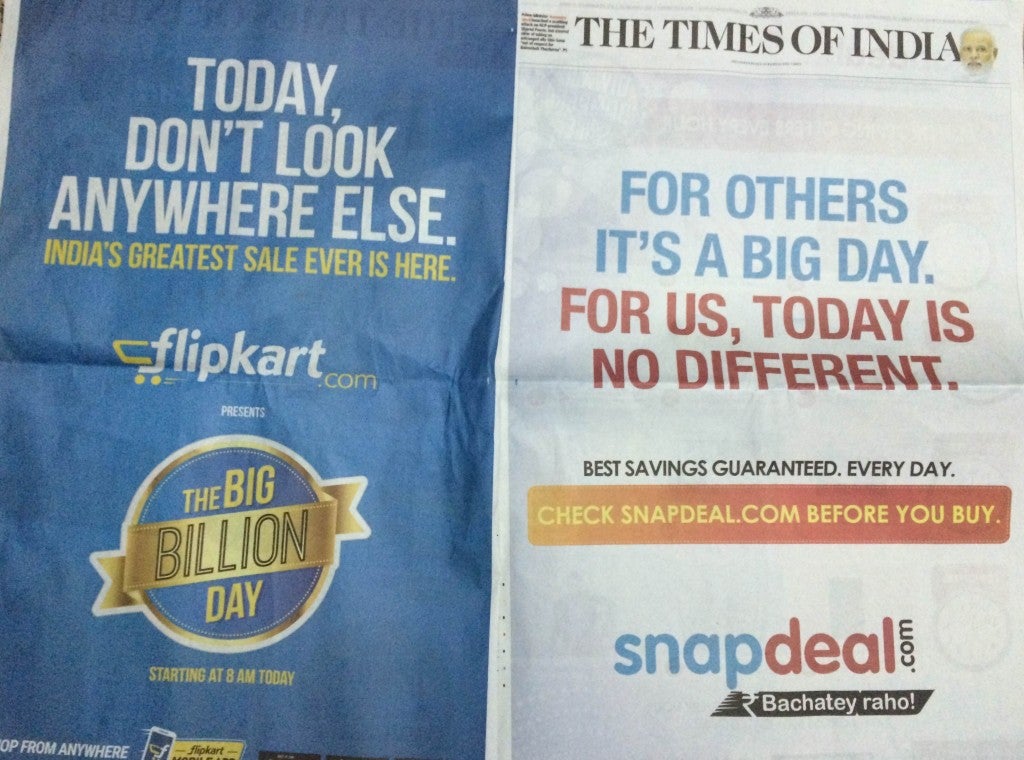 The last nail in the coffin was when Amazon bought the domain bigbillionday.com on the day of the big billion sale which redirected to their page. Flipkart must have needed a hell lot of water for that burn.

A time where ecommerce companies are at each other's throat for gaining maximum consumership, these battles on social media do not determine the result of war. The pressure grows on them and so does their ways to defeat one another. But amidst all these, with all the perks, it is customer who is having the last laugh.