Digital Media and Gaming to Lead the Indian M&E Industry

The digital segment in Indian media and entertainment industry is projected to reach INR 621 billion by the financial year 2024, says a report

Spurred by increasing content consumption, thanks to smartphones clubbed with dirt cheap data, over-the-top (OTT) video and audio segment of the Indian media and entertainment industry (M&E) has seen a compounded annual growth (CAGR) of 38.5 per cent between FY2015 and FY2019, touching INR 17,300 crore in FY2019, according to India's Digital Future: Mass of Niche's, a report by KPMG India.

According to the report, the OTT or digital segment in the Indian M&E industry has witnessed highest growth compared with other segments such as television, films, animation and VFX, gaming and music, among others. 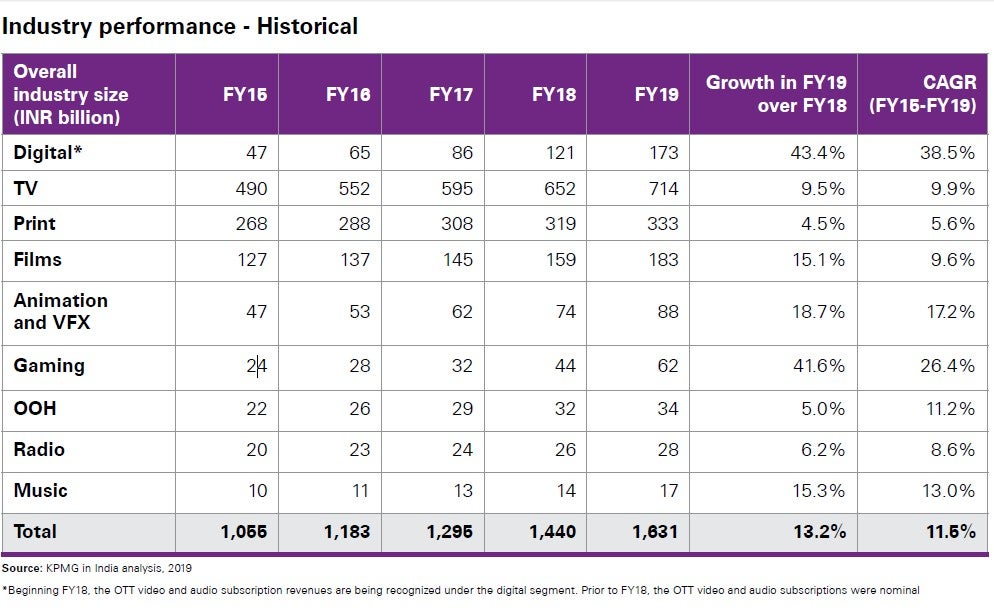 However, in terms of total revenue, television continues to be the largest entertainment medium, with print and films at second and third positions, respectively. But, in the next five years the scenario is expected to change with digital media and gaming taking the lead, shows the report.

The digital segment is projected to reach INR 62,100 crore by FY2024, to become the second-largest segment in terms of total revenue. At the same time, the gaming segment is expected to grow the highest at a CAGR of 32.2 per cent between FY2019 and FY2014. 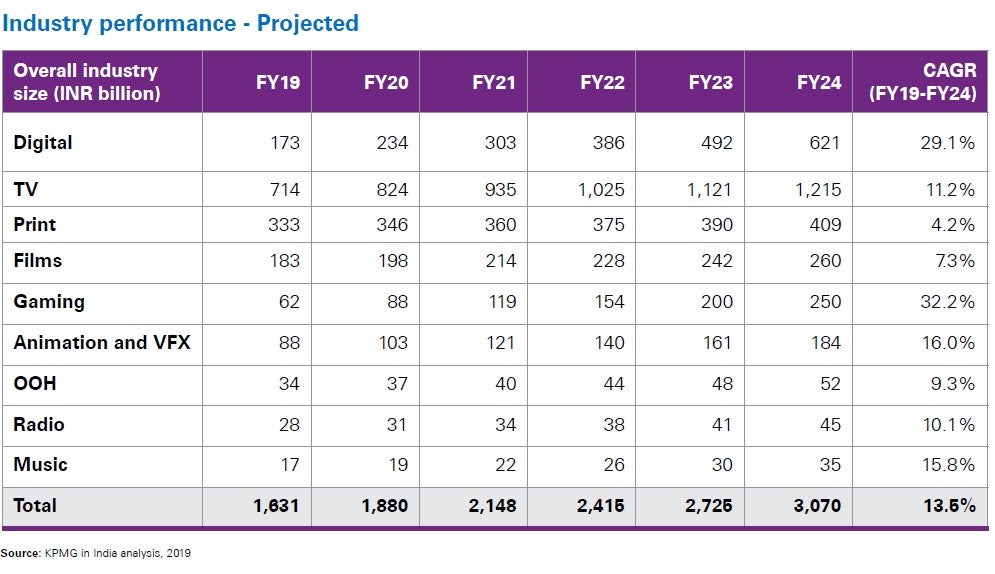 Affordable data is only one aspect of greater Internet inclusion in India, says the report. Increasing regional content, spurt in rural penetration, cheaper smartphones and better gender parity with more female viewers consuming content are some of the other factors that are influencing the growth of digital media in India.

Related Read: Besides Cheap Data, What is Driving Online Content Consumption in India?

"The support for growing digital infrastructure and a focus on personal content consumption has set the scene for M&E sector to produce more content than ever before across different language and genres," said Umang Bedi, president, Dailyhunt, in the report. 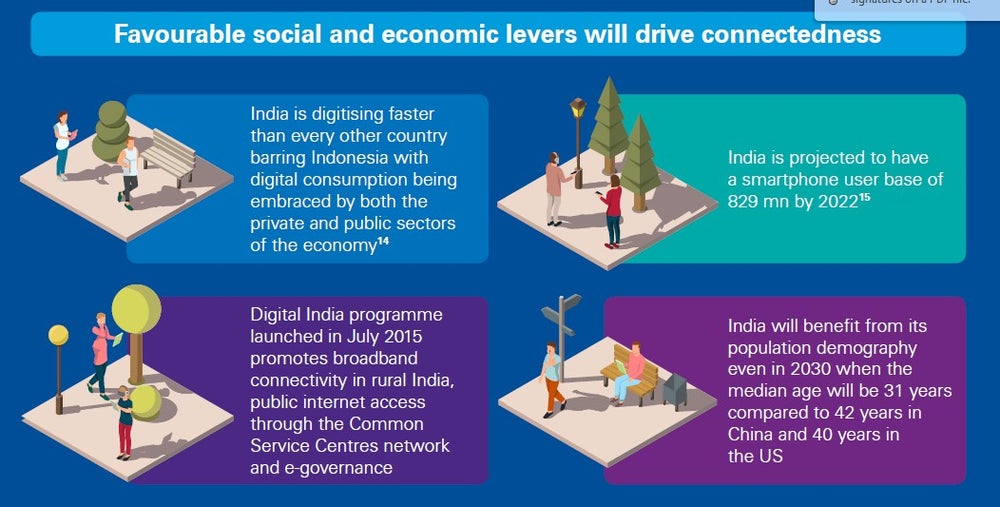 Above all, growing regional focus of more and more OTT platforms is set to drive digital consumption in India. "Content in regional languages has been restricted to select movies along with a handful of original shows, if any. However, dubbing has emerged as an effective tool for players to quickly expand the breadth of original and movie content available across multiple regional languages such as Tamil, Telugu, Bengali, Kannada, Malayalam and Marathi. For example, Prime Video has dubbed popular Hindi originals such as Inside Edge and Breathe in Tamil and Telugu. In addition to originals, Prime Video has also tried to increase depth in their regional library by dubbing English movies such as Alpa and Rampage, among others, in Tamil and Telugu. Similarly, Hotstar has used dubbing to launch the Hindi web-series Criminal Justice in six regional languages—Tamil, Telugu, Kannada, Bangla, Malayalam and Marathi," the report stated.