India has a great potential for growth in every sector. Time and again, the fact has been questioned, proved and used to push the economy towards better results. The Indian Government has enforced the rapid transformation of India's status in a a global scenario with much confidence. In some sectors, the country has moved up the pedestal but is yet to make an impact globally.

Surveys conducted by different organizations with different parameters at a different point in time work to prove a country's growth. Recently, a World Bank report suggests that India stands fourth in the world list of highest number of stunted people in the workforce whereas the National Family Health Survey has revealed some worrisome figures with respect to malnutrition and health.

The Economic Freedom Index has come as a harbinger of good news for India as the country has risen up the charts by two positions. The report produced by Canada's Fraser Institute in association with the Economic Freedom Network, a group of independent research and educational institutes in nearly 100 countries and territories places India on 96th position among the 162 countries.

Based on the data of 2016, India has climbed up from 98th position on the basis of improvement recorded in parameters like legal system and property rights, access to sound money, freedom to trade internationally and regulation of credit, labour and business. The country was unable to score as much in size of the government.

As expected, Hong Kong and Singapore have retained the top spots followed by New Zealand, Switzerland, Ireland, United States, Georgia, Mauritius, United Kingdom, Australia and Canada, the last two tied for 10th place. The stats are surprising as the United States has returned to top 10 positions after years of absence. During the 2009–2016, its score had declined continuously. 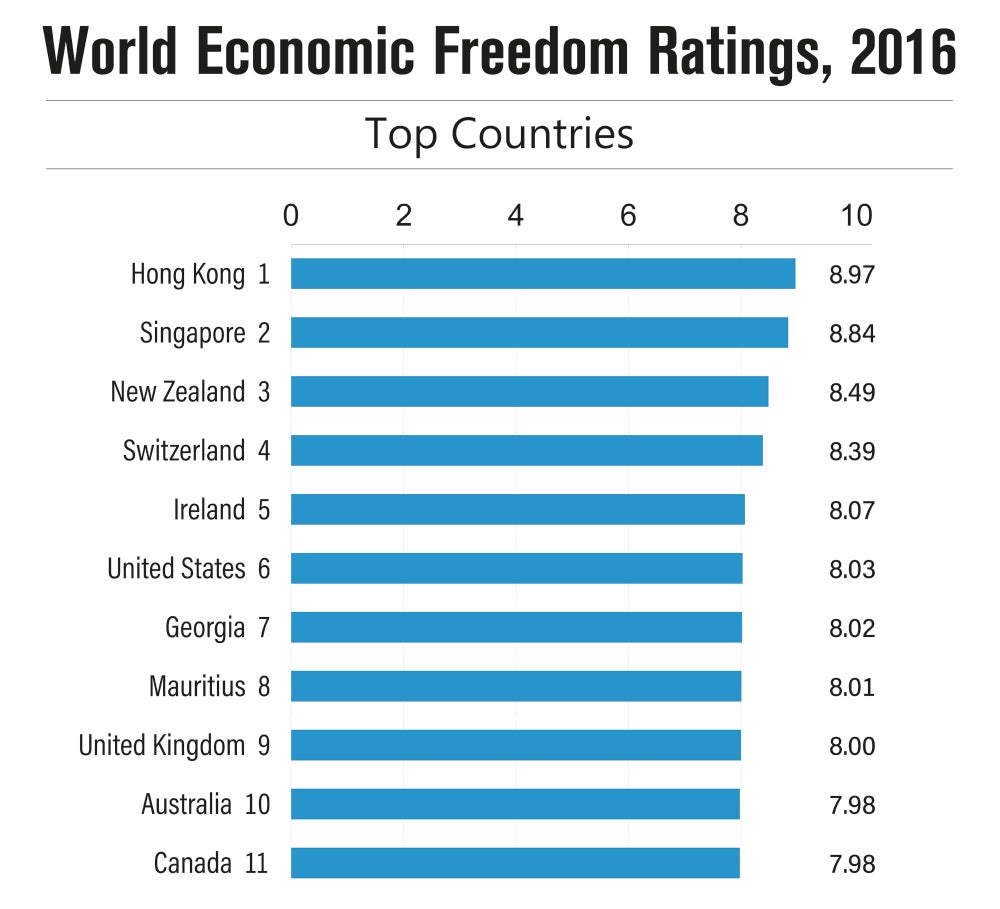 Ones we Can't Neglect

Some of the other major countries are Germany at 20th position, Japan at 41, Italy at 54th, France at 57th, Mexico at 82nd, Russia 87th, India 96th, China 108th and Brazil at 144th position. Among the BRICS countries, Russia and South Africa (94) are ahead of India whereas the other behind. 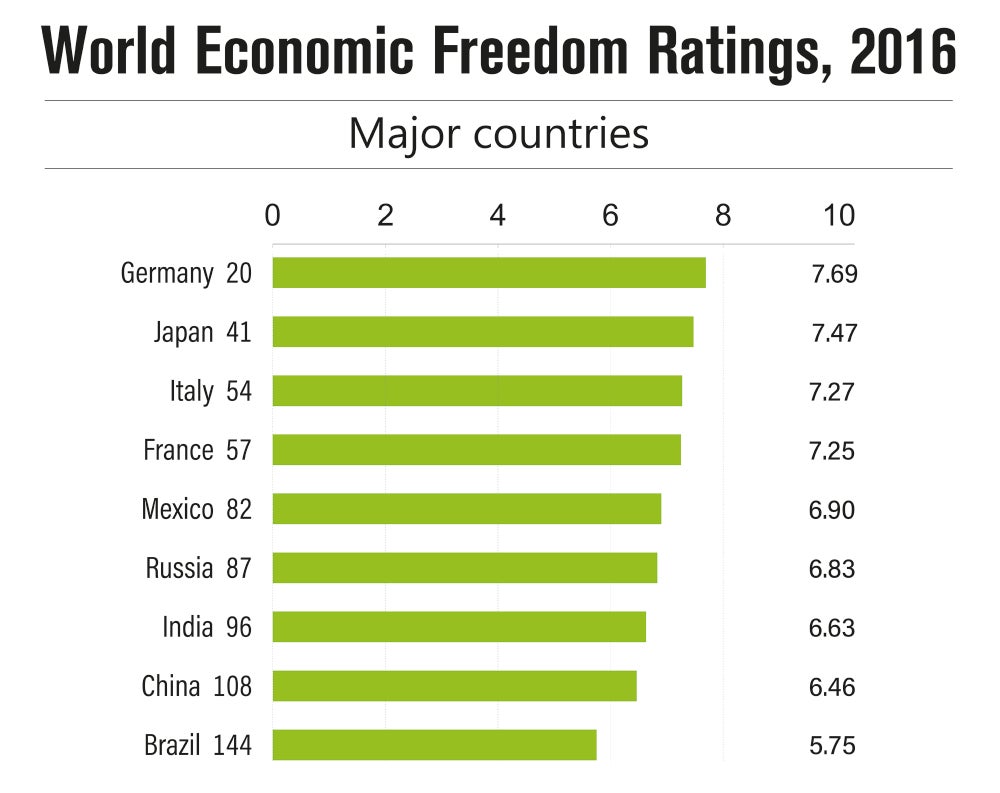 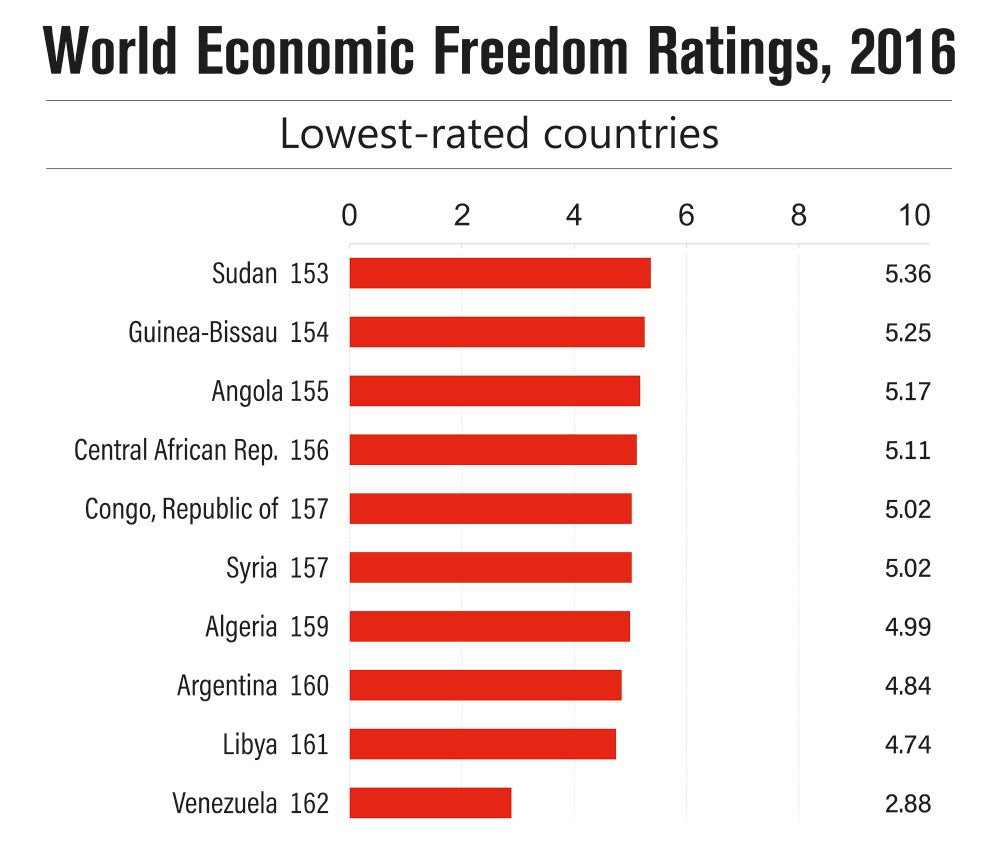 The report calculates economic freedom on the basis of self ownership. It measures the degree to which the policies and institutions of countries are supportive of economic freedom. Three countries - Belarus, Iraq, and Sudan - were added this year, bringing the total number of jurisdictions in the index to 162.