As the Indian government announced demonetization, real estate space took the biggest hit. While the sector is struggling to come out of the shambles, the Real Estate Sentiment Index works as a light at end of the tunnel for those who are involved in the profession. The report broadly captures the overall perceptions and expectations of industry leaders.

Based on a survey of over 150 stakeholders from the Indian real estate sector, the survey indicates that for the next six months, the sector has a positive outlook on account of the stable policy environment post introduction of structural reforms in 2017. It notes a general optimism around various schemes and launches with the hope of a gradual upward incline.

While the stakeholders are still in the wait and watch mode, something that can dampen the sales, future sentiments for price appreciation have remained marginally down, indicating that the sector does not expect any price rise in the coming six months. Nevertheless, the real estate sector has shown signs of controlled optimism.

The current sentiment score inched upwards and remains in the positive in the last quarter of 2018. A slight improvement has been noted in the current score, indicating that the dust has started to settle from the implementation of various structural reforms in 2017. The score indicates that stakeholders are waiting for the outcome of the long-term policy initiatives of the government.

For further details, kindly refer to the following infographic based on the report by Knight Frank India in association with National Real Estate Development Council (NAREDCO) and the Federation of Indian Chambers of Commerce and Industry (FICCI): 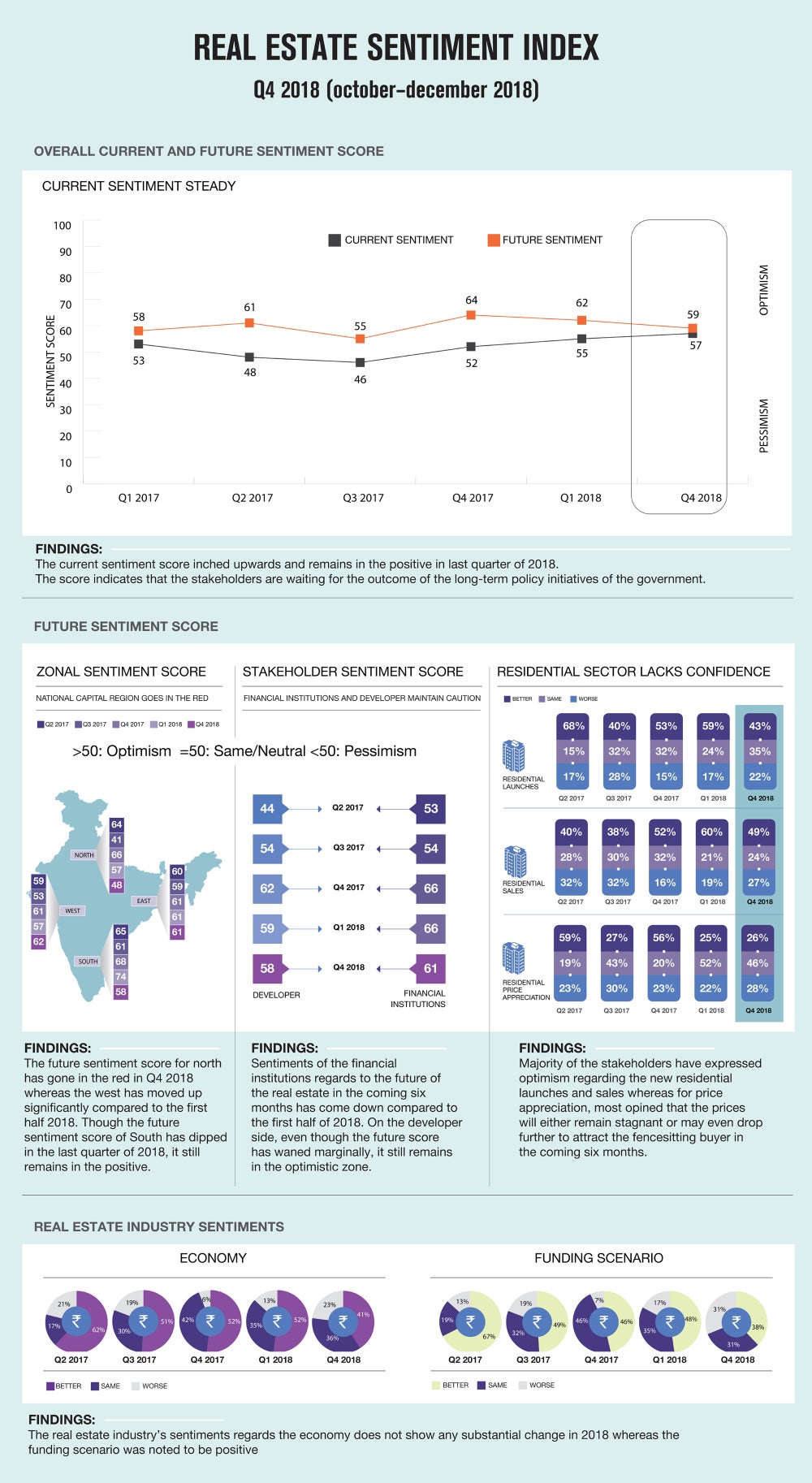 In a video that's been viewed more than 1.8 million times, 28-year-old realtor Kristen Mahon shared an email exchange with her boss, who she estimates is 6 to 7 years older than her.