The AI-technology is literally taking over the industry. There is nothing that AI hasn't touched and the parts which are untapped will soon be conquered as well. Be it science, real-estate, medicine or automobiles. You name it and AI has its presence all around. And finally, it has created a new wave in the motorbike industry in India.

Launching India's first smart electric bike is Revolt Intellicorp' Revolt RV400 which all set to hit the roads. Certified by ARAI (Automotive Research Association of India), it is India's first AI enabled e-bike. The bike will have 156 km range when fully charged. The bike can be charged using a normal 15A socket in four hours.

For the uninitiated, Revolt Intellicorp is the same company which was established by Micromax's co-founder and former CEO Rahul Sharma. Not much is revealed about this new boy toy, one thing can be said for sure that it is quite ahead of its competitors out there. The company also claims that what has been announced about the bike is less than 25% of what all it consists of.

The bike will be on par with a conventional 125cc motorcycle and the company gave us a sneak-peak when they shared the sketch of this beauty. Adding to everything is that the bike will be equipped with a 4G eSIM and also has LED DRLs, which enhances its look even more. 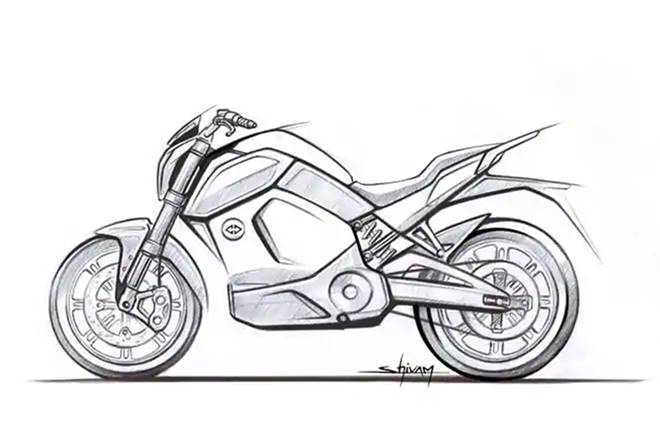 Range and An Alternative:

Once Revolt RV 400 is launched, it wouldn't be wrong to say that it is going to be a good alternative to small petrol based 125cc commuter motorcycles and other electric scooters that are already available in the market. Also as mentioned above, the bike when fully charged gives you a range of 125cc and can be capped at 85kmph.

As the bike is equipped with a 4G LTE eSIM it automatically makes it very user-friendly making it easier for users to connect it with the internet. One can use a smartphone application, navigation apps, for which the company has partnered with Airtel, Razorpay, shadowfox, Google, Amazon, QSMotor and more.

Talking about the making and aim of the bike Rahul Sharma said, "The RV 400 is the first step towards providing sustainable, affordable mobility to every Indian home. RV 400 challenges every convention that riders have pertaining to the EV's – Power, Styling and Aesthetics, Range, Battery charging infrastructure, Security, Sound, and Service."

Our favourite part is where the bike doesn't need a key to begin and just uses an app paired with Bluetooth to turn on the bike. How cool is that? The app uses the proximity sensor and you need to just push the start/stop button to get it going.

The company claims that it just needs four hours to get fully charged. The bike is available in two colour variant red and black. The bike also has four different engine sound, so make a choice!

Well, for a start the company will begin their production facility in Manesar with has an annual capacity of 1.2 lakh. However, as and when the demand increases so will the production. In case you are planning to own this, you can make a booking for the same on their official website with a token amount of INR 1000 that starts from June 25 and will be available in the market from next month.