Breaking an Age-Old Barrier in the Indian Tech Industry

By Neha Modgil
February 28, 2019
Opinions expressed by Entrepreneur contributors are their own.
You're reading Entrepreneur India, an international franchise of Entrepreneur Media.

Despite the technological division over the past few years, the power of gender equality in the Indian tech industry seems ironic. The technological advancements are paving the way for newer and better career opportunities but the representation of women continues to remain dismal. According to belong.com, the Indian technology industry holds merely 26per cent Women in engineering roles, while the overall representation remains at 34per cent. In addition, research has indeed suggested that having more female workers will foster innovation, creativity, and productivity in teams and drive more revenue. There is thus a need to understand the lack of inclusion of women in the Indian tech industry. 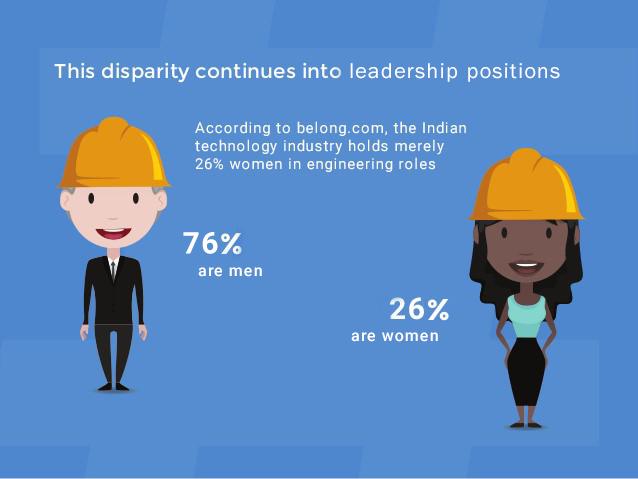 In the early era, the women employees faced male domination in the technological field, perhaps stems from the overarching assumption that technology is predominantly a male bastion. This resulted in a mental barrier in consumers, colleagues, employers, and clients alike. The pre-conceived notion of women being incapable of doing technological developments restricts their performance; not because of their lack of skills or ability, but because of the barriers created by others. In addition, corporate spaces in the technological realm are often male-dominated. 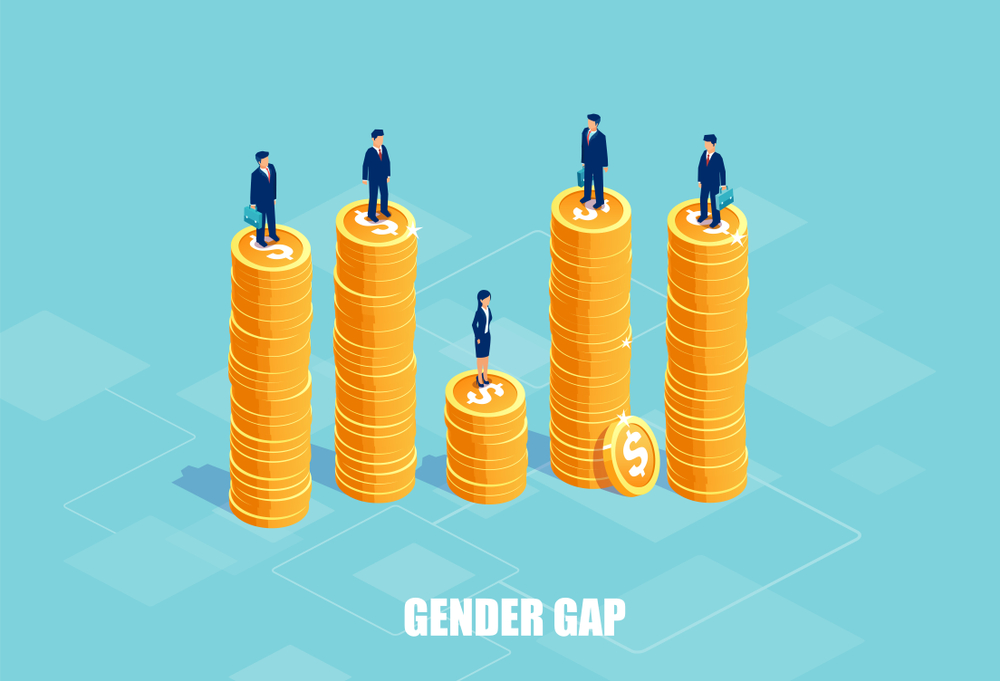 The industry also subjects them to the disparity in terms of promotions. Having analysed and interpreted data on the career trajectories of techies to managerial positions, a report has revealed that men on an average are promoted to management after 6 years of experience, while women, on the other hand, are promoted after 8 years. Women decide to quit their tech jobs and move towards marketing, product management, and consultancy. Currently, the representation of women at C-suite levels continues to be a dismal 7per cent. Hence, this leads to broader gender gaps, as workers gain more experience.

Apart from these industry insights, the lack of parental encouragement in rural areas disallows women to pursue professional courses related to technology. Considering a massive 68per cent of India is rural, the country loses out on the immense potential of girls who could probably contribute to the tech industry. 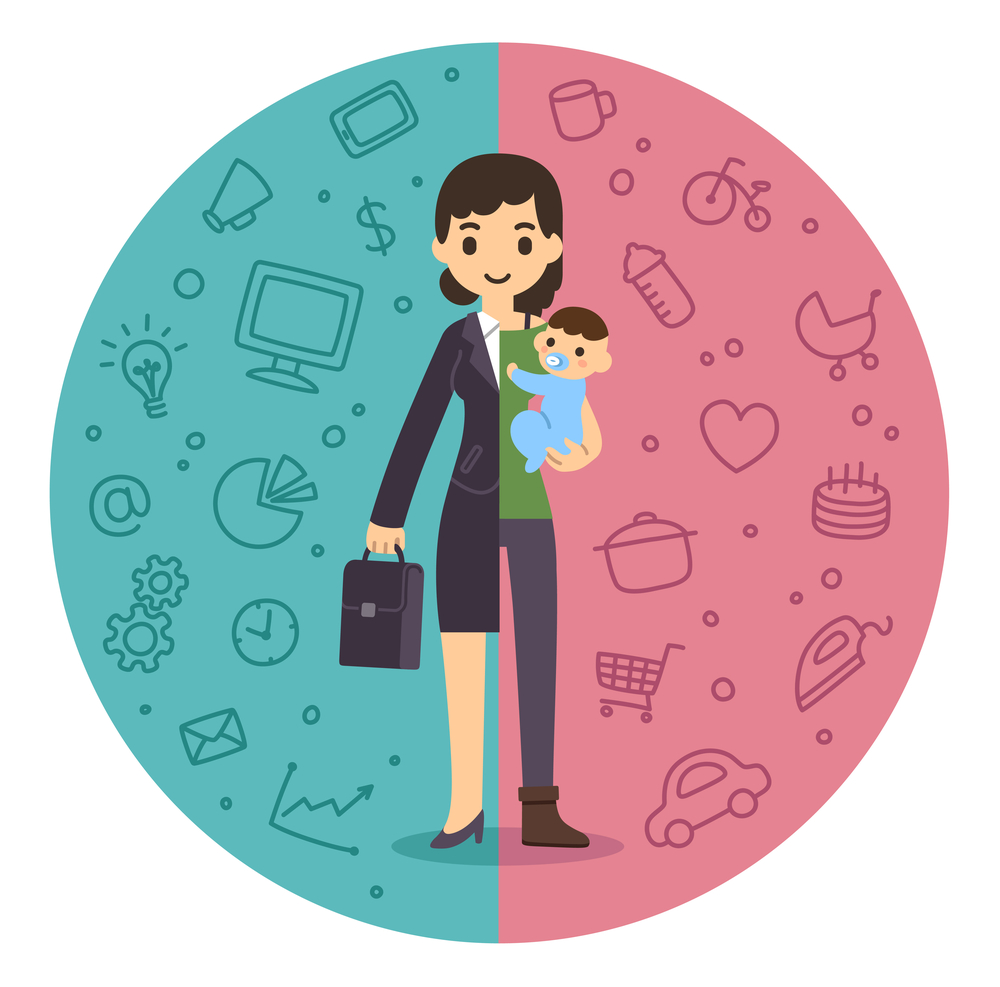 What Can be Done About This?

It is crucial to bridge the gap in this gender disparity within the industry. It is the technology companies and industry players that can influence a change. The study revealed that the major drop in numbers begins after the first five years of experience; at the same time women often take a break to start a family and do not return to their job. The tech industry can thus work towards paid maternity leaves to retain their women employees in addition to resolving the other problems of inequality.

Companies can also start to focus on Tier II and Tier III cities and encourage women through workshops, programs and learning facilities to understand the concepts of new technology. This will help in the development of both skills and perspective. These programs can encourage the participation of parents and other family members, which may induce familial support to enter the tech industry – a vital stepping stone for aspirants.

In addition, internships for women can be immensely helpful in creating a fostering atmosphere of on-the-job learning which can catapult and motivate increased women employment in the industry. Such solutions will also induce a ripple effect in inspiring growth in other industries as well. There are several exemplary women entrepreneurs who epitomize empowerment in the professional world. Despite the tribulations, it is the confidence and self-belief that has allowed Women to tackle gender disparities and establish themselves at the highest echelons in the technological industry. They have been in the thick of the action and made a name for themselves while challenging the status quo during bad times. 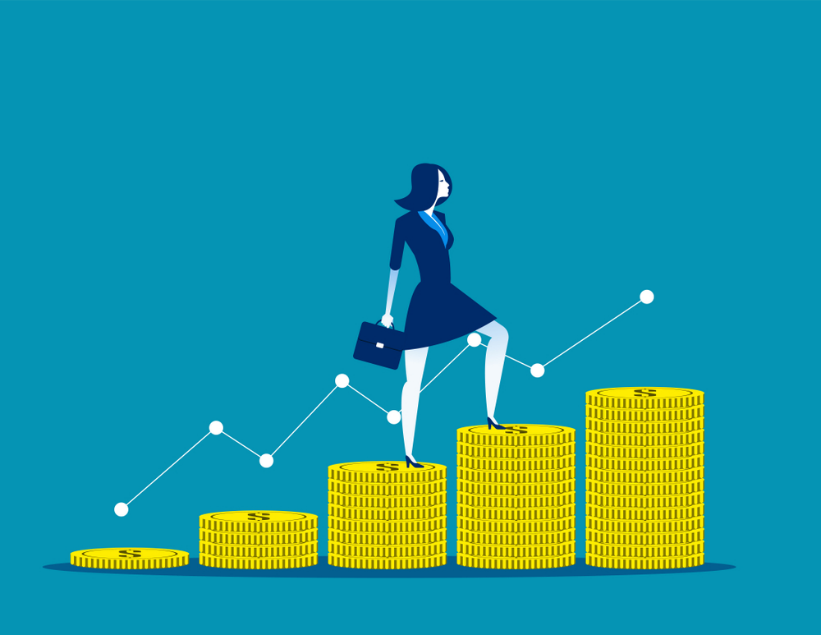 The mental barriers created by male colleagues have detrimental effects on the potential of women employees, eventually prompting many of them to discontinue in the sector. Hence these barriers must be broken rather than crossed. Women must believe that they are their own primary source of motivation. Though an increasing number of women are beginning to associate themselves with tech companies, the number still remains lower in comparison to men. Now, there is a significant improvement over the last decade, which must be continued by nurturing the present and future working generations in the tech industry. The time has come to first ponder upon the lack of women's representation and to create effective recruitment and retention strategies to rectify the situation. We have stepped into an era of liberty, justice, and pluralism; the Indian technological realm would surely change for the better.

How to Discipline and Fire Employees

India And China Likely To Account For Half Of 2023 Global Economic Growth: IMF