A Macaron Franchise is Growing -- and it Has Malls to Thank

By Jason Daley
April 12, 2017
This story appears in the April 2017 issue of Entrepreneur. Subscribe »

Back in 2010, trend-hunting foodies declared the macaron the "new cupcake." The little French confection consists of frosting or ganache sandwiched between two meringues. They're adorable but proved too delicate and subtle to sate America's notorious supersize snacking needs. So in the years since, the hype wore off and everything from pies to doughnuts to cronuts to cake pops stole the coveted "new cupcake" title.

Related: Patience and Faith Built S'Well Into a $100 Million-Dollar Brand

But if trendseekers were looking at the bottom line, they wouldn't be so fast to move on. The brand Woops! opened a pop-up shop in New York's Bryant Park in 2012 and in nine weeks did $200,000 in sales. Macarons have been a winner for them ever since. "It was like, "Whoops, we have a business,'" says Raj Bhatt, co-CEO, who owns the company with four friends, Gil Kiryati, Tal Avivi, Gal Danay and Ellie Lippel. In fact, it's been so much of a business that Woops! began franchising in 2015, growing from 15 corporate stores to 33 locations around the country, including Austin, Boston and Tucson. This year, Woops! is expanding primarily through mall kiosks. 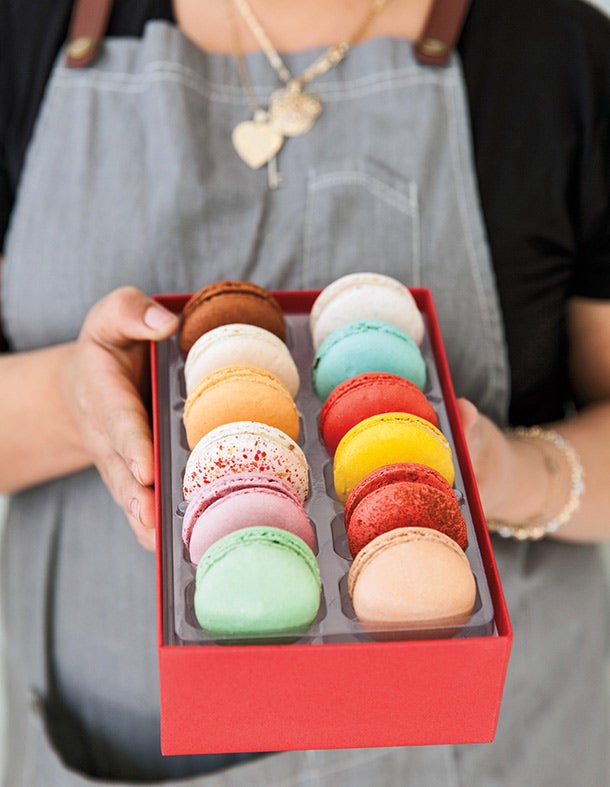 Malls are dying. Why focus there?
As a whole, the mall industry is having a tough time, but the best upscale malls still have excellent traffic. Because our kiosk looks beautiful and malls want something special besides guys selling remote-control helicopters, they seek us out. As our kiosk business was growing, we decided to dig into the café business as well. We saw a need for a really small-footprint café with fresh pastries, great coffee, macarons and little European-style sandwiches. We tried it out and did really well, so we also offer a café concept: Woops! Bakeshop by Woops!

Are you afraid the macaron trend has ended?
I'm always worried about trends. Everything has a shelf life. But in New York, where macarons have been around a long time, we're continuing to do very well. Outside the big cities, we find that people still don't know what macarons are. A lot of people think they're soap because they're so pretty. That said, we're hedging our bets. Our goal over the next five to 10 years is to keep macarons as our core product but also bring the best confections from around the world to an American audience. In our cafés, we serve Liege Belgian waffles, traditional rugelach, Argentinean alfajores, European "pillow" cookies and other things.

Making macarons is hard. How do your franchisees do it?
Actually, we use a commissary system, with our bakery based in the Bronx. You need to let them mature; once you put together the two biscuits and the ganache, you have to let them sit or put them in the freezer to come together. Shipping them frozen keeps them fresh until they're brought out and thaw for 20 minutes, which allows the product to pull in the humidity, and it turns out perfect. Our other pastries are parbaked before shipping, then baked off fresh. It really streamlines the business.

Would a French person dig your macarons?
We're more purists with our macarons than other places. We did come out with a temporary, fun bubblegum macaron, but we're not highly Americanizing the product. At the Bryant Park pop-up, which we do every year, we get a lot of international traffic, and they are always pleasantly surprised and say our macarons are as good as in Paris!