Franchise Players: From Selling Clothes Out of a Basement to Opening a Brick-and-Mortar Store

In just a few months, these boutique franchisees' business was far too big for a basement. 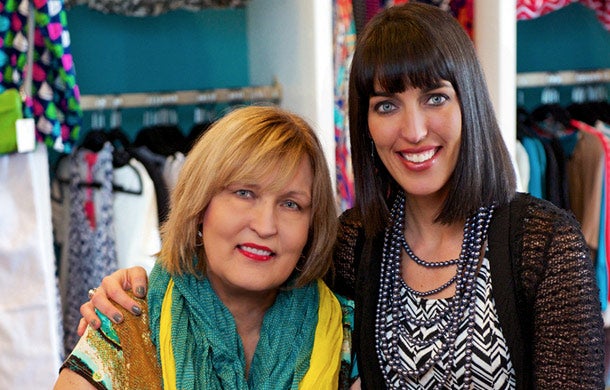 When Anitra Mitchell and Charlotte Parris opened up a Mainstream Boutique location, it was only supposed to be a direct sales operation, run out of a basement. One year in, business was booming. As Mainstream Boutique fits the needs of women of all ages and sizes, including those often overlooked by retailers, demand was too great for the company to remain solely a direct sales business. The duo decided they needed to open a brick-and-mortar location.

Three years into business, they are the proud owners of a Mainstream Boutique in Winston-Salem, N.C., and are looking to open more stores. Here's what they've learned.

While we are very motivated and capable, Mainstream Boutique corporate has a wealth of knowledge that can only be learned from years of experience. A few of the many support systems that come with ownership include expertise on setting up the business, non-stop focus on what is trending in fashion and a group of women who openly share ideas across the country. Our thought when deciding to join the Mainstream Boutique system was "why recreate the wheel?"

Anitra was a stay-at-home mom of two boys, but had a previous background in retail and marketing. Charlotte was a vice president for a commercial wood flooring company.

Mainstream Boutique is not your typical boutique. Often, people equate the word boutique with higher prices, smaller sizes and a younger market. Mainstream Boutique caters to women of all ages and sizes. Being able to find the perfect outfit for mom, daughter and the trend-setting grandmother is what drew us to this unique company.

We had a friend who owned the only southeastern Mainstream Boutique franchise. At the time, this particular franchise was strictly direct sales, meaning that there was no brick-and-mortar store. We had attended several events and were familiar with the product and the concept. Our friend decided to move out-of-state and the sell the business. We knew immediately with our business and retail background that this was a good fit.

After one year of direct sales where our business exploded, we opened a brick-and-mortar store. Opening inventory, franchise fees, licenses, furniture and fixtures and build-out costs were approximately $120,000. We were the last Mainstream Boutique allowed to open without an actual storefront.

We were not searching for a franchise to buy; the opportunity just presented itself to us. The risk was lower because we were not initially opening a storefront. Anitra and her husband previously owned a restaurant franchise, and therefore understood the benefits of working within a franchise system. The previous owner and Marie DeNicola, founder and CEO of Mainstream Boutique, were always available to answer all of our questions.

Related: Franchise Players: I Grew My Business Through Co-Branding

It grew by leaps and bounds from day one. We opened as a direct sales business out of the basement of our house. Just a few months after we opened, we realized there was such a demand for unique and affordable items for women of all ages and sizes that a physical store needed to happen quickly.

Be ready to throw your heart into your work. This is not an 8-5 job, but owning your own business does allow for schedule flexibility. We rarely stop working before midnight, but you will get as much out of it as you put into it. Build your team with people who are good at the things you are not and be sure you have a true love of what you are doing.

We have yearly goals, which are often financially driven, and also long-term goals to anticipate what we want to do in the coming years. While we have enjoyed the success of our store, we are looking to expand in the surrounding areas. We are drafting a plan of where we would like to open new boutiques in the next 5-10 years.