How 2 Businesses Stumbled Upon Franchising as the Key to Growth

In 2001 Heidi Ganahl's doggy daycare and boarding kennel, Camp Bow Wow, launched a second location in the greater Denver area. Her plan was to open four to five locations around her home city and maybe start a retail line of dog accessories to diversify her income. But her new unit in Broomfield, Colo., ramped up so quickly that businesspeople in the community started to take notice. A client who worked for the Mrs. Fields cookie franchise took Ganahl aside and asked her if she'd thought about franchising Camp Bow Wow.

Franchising wasn't something she'd ever considered, especially since there were no other doggy daycare or boarding franchises out there at the time. She was hesitant to get involved in a business model she knew nothing about. But as she thought about the idea, and as she learned more about the way franchising works, she began to see how it could be a good fit for her business--and a great fit for her. 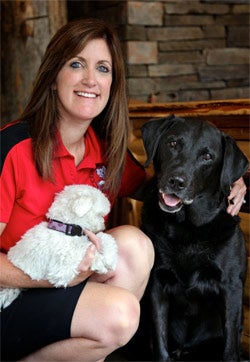 After running two locations for more than a year, Ganahl was also tuning into her strengths and weaknesses as a small-business owner. Franchising, she started to think, could help her focus on the aspects of the business she enjoyed and excelled at, whereas constant expansion as a local chain would keep her mired in mundane management tasks for years to come.

"I'm more of a visionary [than] a good day-to-day manager," says Ganahl, whose Camp Bow Wow now boasts 175 locations in 39 states. "I loved the dogs and going to the dog parks and marketing, but it was a pain in the neck to manage hourly employees, and working on accounting and bookkeeping was not so fun."

The DIY road
When people walk into their favorite franchise, they rarely think about the genesis of the business. In many cases--and certainly in the last 20 years--a franchise is likely to have been built from the ground up by a developer or motivated entrepreneur with expansion in mind. But plenty of franchises started out like Ganahl's doggy daycare center--just a small dream with no pretensions of conquering the national marketplace.

Sometimes it takes an outsider to spark the idea to franchise, and when that happens, business owners face an unfamiliar list of questions. They need to ask themselves whether their business can be easily replicated. They need to decide if franchising will get them where they want to go personally and financially. And if they do decide to take the plunge, they need to think about how much control of the brand they will want to keep for themselves, or if they're willing to cede power to a third-party developer or equity firm.

For Ganahl, it was a learning process. Her friend from Mrs. Fields convinced her to attend a meeting hosted by the International Franchise Association (IFA), and after speaking with vendors and industry veterans, she saw how franchising could translate to a doggy daycare business.

At the same time, she decided that she was unwilling to let other people have too much control over her brand. She rebuffed third-party developers and instead created a strong network of consultants, including a franchise lawyer to help her register in every state; tech firm Ifx

Online to set up her web presence; and Fishman Public Relations, which specializes in franchise PR, to get her venture some notice in the business press.

In the beginning, she also played up her PR and marketing strengths, which helped her sell her first franchise within a week of making the opportunity available.

"I didn't use a third-party developer because they're very expensive," Ganahl says. "But I had lots of people surrounding me--lawyers, accountants and a support team. I had a good idea of how I wanted to franchise the business, but because I hadn't done it before, I made sure I worked with great people. I think developers work well for people who can afford them and who need some hand-holding."

Call in the Pros
In 2006, when Julie Sparrow Carson started Bundle, her Boulder, Colo.-based diaper service, she wasn't thinking beyond getting the next load of cloth diapers washed and out to her customers. She certainly wasn't thinking about the prospect of franchising.

"I made every mistake humanly possible," she admits. "But we grew customer by customer. Once I got to the other side of that and started to feel successful, I started kicking around ways to expand."

It just so happens that someone else was also thinking along the same lines. Franchise developer Ralph Massetti, founder and CEO of The Franchise Builders and author of Is Your Business Right for Franchising?, discovered Bundle, located just blocks from his office, when both his sister and sister-in-law began using the service. He met with Carson and suggested she consider expanding her concept through his company.

Like Ganahl, Carson took time to think things through, and she also came to the conclusion that franchising was right for her. She decided to work closely with The Franchise Builders instead of setting off on her own and will start marketing Bundle this spring.

"I realize the value of having someone walk ahead of you," Carson says. "You lose time and money figuring things out when you could be working on your business. I thought it made sense to work with one person from soup to nuts who could be a partner and mentor in the process. One thing about being a small-business owner is that so many decisions are made in a vacuum. It really appealed to me to reach out to someone with experience who could be on my side."

Before signing a contract with Massetti, Carson says she first looked at other developers, and found a huge variety, from agencies that use a fee-for-service model to ones that take an equity stake in the business to others that specialize in preparing franchise documents, contracts or operations manuals.

The Process
Massetti, for his part, says he typically doesn't approach businesses to franchise. Ordinarily he lets clients come to him, and in most cases he tries to dissuade them from franchising unless they've got a great concept and have their operations dialed in. "Setting up a franchise, even with a consultant, is hard," Massetti says. "I tell every client that they will eventually cry. Something bad will eventually happen. And when that first challenge comes up, they always say to me, "You told me this was going to happen.'"

He warns that there are plenty of developers out there who don't manage clients' expectations and will take them on whether they think the business will succeed or not. The owner of a small company approached by a developer needs to be skeptical and do lots of soul searching and due diligence before signing a contract. "There are [about] 4,400 franchise concepts out there," Massetti says. "Most of them are not successful. You really need a gut-check from someone who knows the industry before starting the franchising process."

Camp Bow Wow's Ganahl agrees that small-business owners have to think long and hard about starting a franchise--and get a second opinion about their concept before sinking a massive amount of money into the paperwork required. "I say the first thing people need to do is look at all the documents on Franchise.org, then go to an IFA meeting and see what other people think about your concept. Run it through workshops or roundtables to work out the kinks," she says.

Ganahl also advises potential franchisors to get their finances buttoned up. "You have to be well-capitalized to franchise, and getting there can be very stressful," she says. "You have to have at least $250,000 [to get your franchise organization launched]. And then don't expect to make any real money for five to seven years, since you'll be pouring it all back into the business to support your franchisees." She recommends getting your first two or three stores profitable and running like clockwork before approaching a bank for an SBA loan, and to make sure you have a great story to tell.

Carson will find out this year whether it was worth the time and money to franchise Bundle. Regardless of the outcome, she says she won't regret going through the exercise. "It's definitely a valuable process to go through in any case," she says, "to unpack your business and ask how well processes work, how to make things more efficient, where's the waste, where the opportunities are. And it's especially helpful to do that with an outside advisor who's not married to any one way of doing things."