Over the summer, Subway asked the Harris Poll to conduct a survey to find out whether Americans were eating their vegetables. The results were abysmal. Of the 2,000 people surveyed, 84 percent weren't eating the recommended four servings of veggies per day; the average barely managed two servings. The bright spot? Millennials, who ate nearly half a serving more than the older participants surveyed.

Sadly for Subway, those vegetable eaters aren't getting that extra helping of greens from a footlong sandwich. More and more, they are turning to fast- casual franchise brands that feature fresh ingredients prepped in-house. Some brands are even able to serve locally sourced produce.

It's a far cry from the franchise fare that dominated the landscape just a few years ago. The holy grail of franchising in recent decades has been "healthy" fast food. For the most part, that has meant reengineering traditional offerings, like taking the fat out of french fries (à la Burger King's poorly received Satisfries) or serving egg-white-only breakfast foods (seen at McDonald's and Dunkin' Donuts). That way of thinking has led to a number of flops.

But taking a cue from Chipotle, many franchise operators are realizing that a little forethought and a lot of chopping can lead to tasty, relatively healthful options that appeal to consumers who are concerned with nutrition but still seeking a quick bite. They can also accommodate varying dietary standards, from vegetarian to vegan, flexitarian to gluten-free. And most surprising of all, customers are showing a willingness to get out of their cars for 20 minutes to actually enjoy the options.

No one is more flabbergasted by the rapid greening of American franchises than Paul Steck, president and CEO of Conshohocken, Pa.-based Saladworks. The 29- year-old franchise brand has 104 domestic and four international units that serve made-to-order entrée-size salads.

"We're always looking for new products, and our autumn seasonal salad is going to have roasted Brussels sprouts on it," Steck says. "Five years ago, if someone told me a cutting-edge salad place would be serving Brussels sprouts, I wouldn't have believed them. We've seen a real diversification of the American palate lately—they serve sushi in some high-school cafeterias now."

Keely Newman, CEO of Grabbagreen, agrees that there's been a sea change in American dining, admitting that she doesn't believe her concept would have been viable even five years ago. The Scottsdale, Ariz.-based chain—which has three locations in the Phoenix metro area and recently signed multi-unit deals for North and South Carolina, Colorado and Southern California—was founded two years ago when Newman and her friend Kelley Bird became frustrated with the lack of healthful on-the-go options.

"We'd pick up our children from school and then run around to different activities. We couldn't wait to get home to get something to eat because there just weren't any fast options where we could run in and get something like we chose to feed them at home," Newman says. "This whole thing was born out of the idea of serving whole foods, locally sourced when possible, with no preservatives, and organic when possible. Just good, clean food by design."

Grabbagreen's fare, which includes the requisite smoothies and bowls, distinguishes itself with adventurous ingredients such as quinoa noodles and yogurt agave barbecue sauce. Those items wouldn't have flown in 2010. Now, fast casual seems to have reached a tipping point. 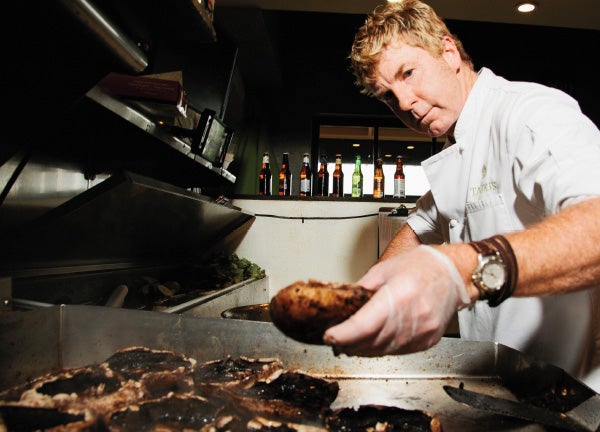 Keith Richards has also had his eye on changing tastes in the U.S. He launched his franchise, Taziki's Mediterranean Cafe, after a trip to Greece in 1997. And while people in Birmingham, Ala., the chain's home base, appreciated his made-from-scratch fare from the start, he says it's only in the past few years that the concept has caught fire. Now Taziki's has 48 units in the South and is slowly expanding up the East Coast.

"About five years ago, when all the studies about the Mediterranean diet came out, we saw more customers coming in. Then they discovered the freshness of our food and the consistency, and word spread," says Richards, who serves as chief development officer. "People now understand that faster food doesn't have to be just burgers. They can go to other brands with fresh food."

At Taziki's, fresh means prepping more than 100 ingredients in each store per day, from slicing cucumbers and tomatoes to making salad dressings and aiolis. "Everyone's been to restaurants that pronounce themselves "fresh,' then cut their veggies out of a plastic bag," Richards says. "I want my onions grilled when I order them, and I want my pita warm from the oven, not the microwave. To me, that's fresh."

Steck says Saladworks also has an exacting standard for the term fresh. "While most of the industry has gone to bagged lettuce product—there's a whole wall of that stuff in the grocery store now—we take full heads of lettuce and chop them each day," he says. "From the time our lettuce is picked in the field to when it's served in our restaurants is 4.5 days."

He admits that some items served at Saladworks, like chickpeas, come out of a can, as they do at most restaurants. "But the vast majority of items we serve— cucumbers, carrots, onions, tomatoes, peppers—are passionately prepped and diced at store level vs. by a robot in a factory," he adds.

Jason's Deli, a franchise concept that started in 1976 in Beaumont, Texas, could have taken the easy road of buying bagged produce, especially when stocking its 39-item salad bar. Instead, the company, which now has more than 260 units, uses fresh, whole vegetables. Focusing on fresh ingredients instead of relying on premade or frozen foods also allows patrons greater options for customization.

"We've always been about choice," says Jamie Cohen, the company's chief branding officer. "We like to think we offer items from healthy to indulgent. We think we do a good job of listening to customers. In 2010 we introduced a gluten-free menu based on our customers' requests. And we're a lot like our customers—in 2013 we realized many of our senior staff members were trying to eat less meat, so we created a section of our menu highlighting meatless options, and started introducing more veggie options and limited-time offers like our caprese sandwich and caprese pasta, which are doing really well."

While forward-thinking fast-casual franchises have a good handle on fresh food, consumer demand doesn't stop there. Many want their ingredients not just fresh, but locally sourced. That is a nut most systems have yet to crack, but not for lack of trying.

"For a franchise system, local is very hard," says Steck. "I'd love to tell you everything we serve is locally grown, but that's not true for us or any competitor. We do source high-quality local products when we can. But the truth is, in a place like New Jersey, where I'm based, the growing season is really short. I think the important thing for most consumers is knowing where their food is coming from. There's nothing wrong with produce being from the San Joaquin Valley. All food goes from farm to table; consumers just want to know that the people who grew it cared about it the way they do."

Jason's Deli executives say the chain sources locally where it can, but they admit that the volatility in local produce—inconsistent crop varieties, weather and availability—means they can't rely too heavily on it. Richards at Taziki's points out that cost is a major factor. "I always have my produce guy try to find us high-quality local produce," he says. "But if we use all local ingredients, the price per plate might go up to $18. Value is still important to customers." 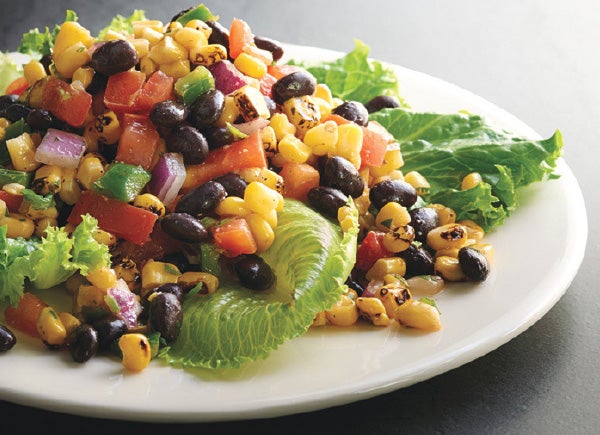 Richards says keeping costs down is key for "fresh-casual" brands that want to be in the price ballpark with other fast-food options. "Our price point is not above average compared to the competition," he says. "The way we keep it down is by making sure we use all the things we prep. We calculate our sales projections and make sure we order the right amount of food. Every morning we need to cut the right number of cucumbers; otherwise we'll have to make up for the waste by raising costs. We keep prices down by doing a good bit of shopping. And we're able to leverage our growing size to get better deals."

While there's always a new fad diet or nutrition concern, Grabbagreen's Newman believes the veggie love is here to stay. "I don't think eating healthy is a trend," she says. "People are awakening to the fact that for several generations they have been eating bad food. We're going to see McDonald's and other big players move toward healthier choices. At the end of the day, we're fulfilling a need and giving people what they demand."

And occasionally those people still demand a burger, which is a niche North Palm Beach, Fla.-based BurgerFi aims to fill. When he first came to the concept as marketing and creative director, Ronn Pearson was blown away by BurgerFi's gourmet kitchens.

"We use 14 different ingredients to make our veggie patty," he says, noting the flavor and texture rely on a meticulous prep and cooking process. At the same time, some menu items require little more than their natural flavor to meet the restaurant's standards.

"I mean, 50-pound bags of potatoes come in the back, and fries go to the front of the house made from two things: potatoes and salt," Pearson says. "McDonald's has 28 ingredients in their fries."

BurgerFi, which will have more than 100 units by the end of the year, has founders who came from the world of fine dining and didn't realize they could take short cuts. Instead, they started building their burgers using fresh antibiotic- and hormone-free open-range beef. Sauces, toppings and sides are made from scratch.

"We have a really inspiring brand story that begins with people getting up early in the morning and coming in to chop vegetables and busting their butts to create a better food experience," Pearson says. "We're not standing on a soapbox saying, "This is health food.' But we do have a different kind of consciousness from Food, Inc. and the Super Size Me world. We're not doing this because it's a trend, but because these are beliefs we hold dear."