From HBO's 'Bleed for the Throne' part-renaissance-fair part-blood-donation-event to Comedy Central's art gallery of framed Trump tweets, here's a look at the over-the-top marketing pushes at SXSW 2019.

Much like artificial intelligence, growth-hacking and collaborative innovation, South By Southwest (SXSW) is an oft-used phrase that can be difficult to wrap your mind around -- and even harder to explain.

The annual conference, if you can even boil it down to that, triples as a music showcase and film festival, incorporating panels on topics from "Food of the Dystopia: Beyond Bugs and Beans" to "Fighting Homelessness With Ethical Technology." It's a cornucopia of events, workshops and discussions on topics including interactive media, tech, film and music, not to mention business and entertainment.

And then there are the "activations" -- experiments in experiential marketing by large brands who seem to invest more and more money each year to outdo each other in generating buzz. There was the time Doritos paid Lady Gaga to perform inside a 62-foot-tall "vending machine." Mattress brand Beautyrest once held an eight-hour music performance for 150 strangers sleeping alongside each other on its products. And there was the year USA Networks took over downtown Austin via a 100-foot working replica of the Coney Island ferris wheel to promote Mr. Robot.

SXSW's mission is "helping creative people achieve their goals," and the over-the-top brand activations taking over Austin this year were nothing if not creative. Here are five of the most buzzed-about experiential marketing pushes.

HBO's "Bleed For The Throne" 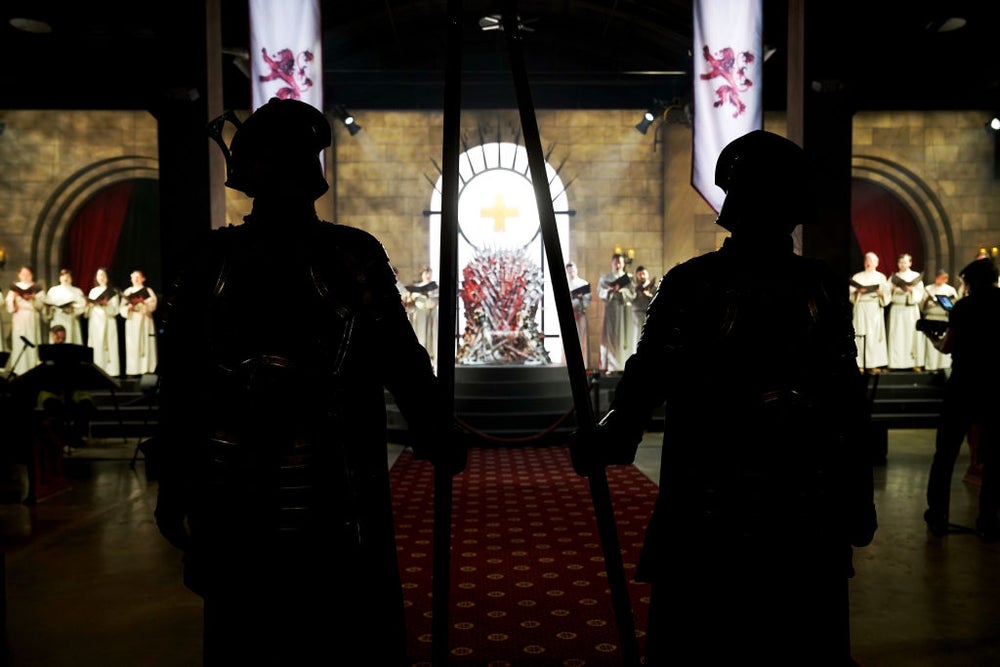 To promote Game of Thrones, HBO put together an expansive renaissance fair-like event, complete with costumed Dothraki, Wildlings and bannermen from the houses of Stark and Lannister. The network also partnered with the American Red Cross to encourage SXSW attendees to "bleed for the throne," and costumed priestesses acknowledge those who donated blood. Other highlights of the fair: fortune-telling, sword fights and even a full 24-piece orchestra performing sections of the score. 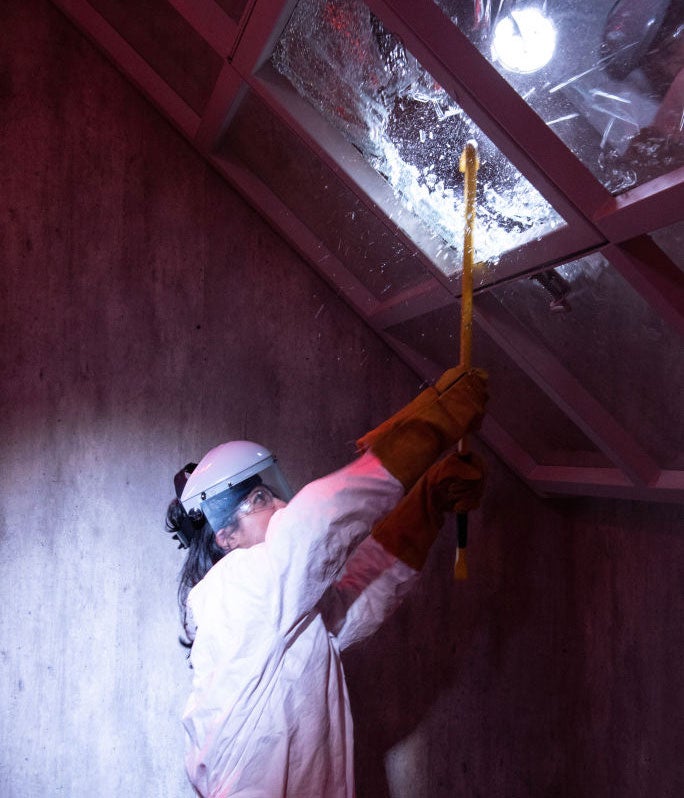 Wired teamed up with HR technology company ADP to invite SXSW badgeholders to don protective helmets, goggles and jumpsuits and simulate breaking workplace barriers. Guests had a choice of what they're fighting against -- the glass ceiling, outdated technology, wage inequality or work-life balance -- then they entered the corresponding "break room" with a sledgehammer and smashed the representation of that barrier to smithereens. On-site employees replaced glass ceiling panes, rows of wall clocks branded with word "work," piggy banks and outdated technology (ike cumbersome 2000s-era desktop computers) after each guest. 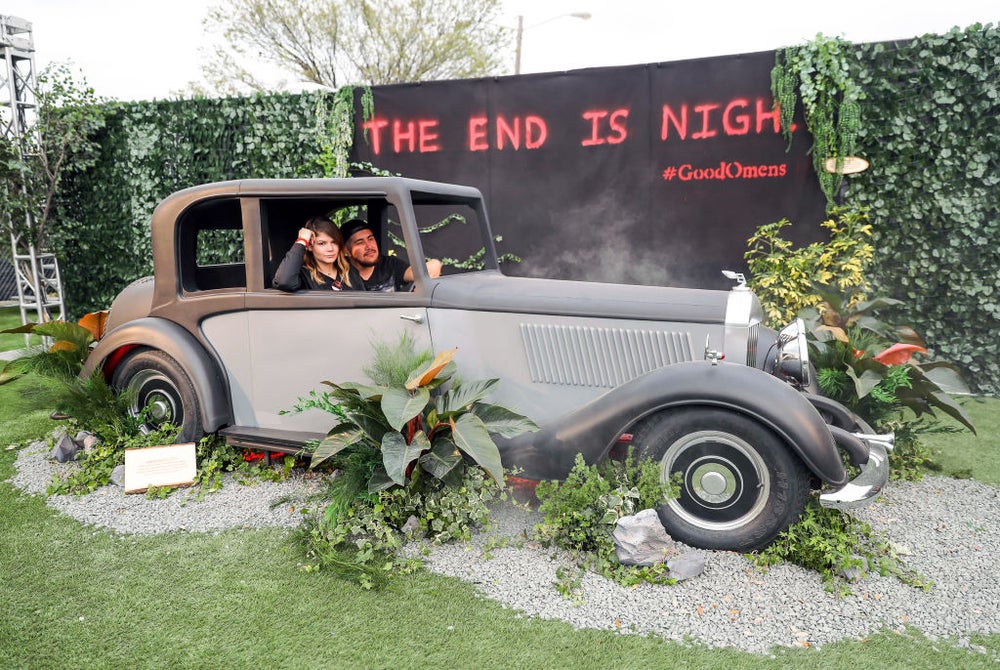 Amazon Prime Video built an expansive walled garden (more of a grassy open area with a "tree of life" bearing faux apples and string lights) to promote an upcoming original show, Good Omens. It's based on the cult favorite fantasy novel of the same name by English authors Terry Pratchett and Neil Gaiman, and for further exposure, the network sent actors dressed as angels and demons to wander around and ask conferencegoers their plans for the apocalypse. Upon entering the Garden of Earthly Delights, visitors were asked to choose between heaven and hell, then escorted into the activation, which includes a stage for a string of musicians and DJs, a "hellhound puppy pen" spotlighting costumed animals from the Austin Animal Shelter and more. 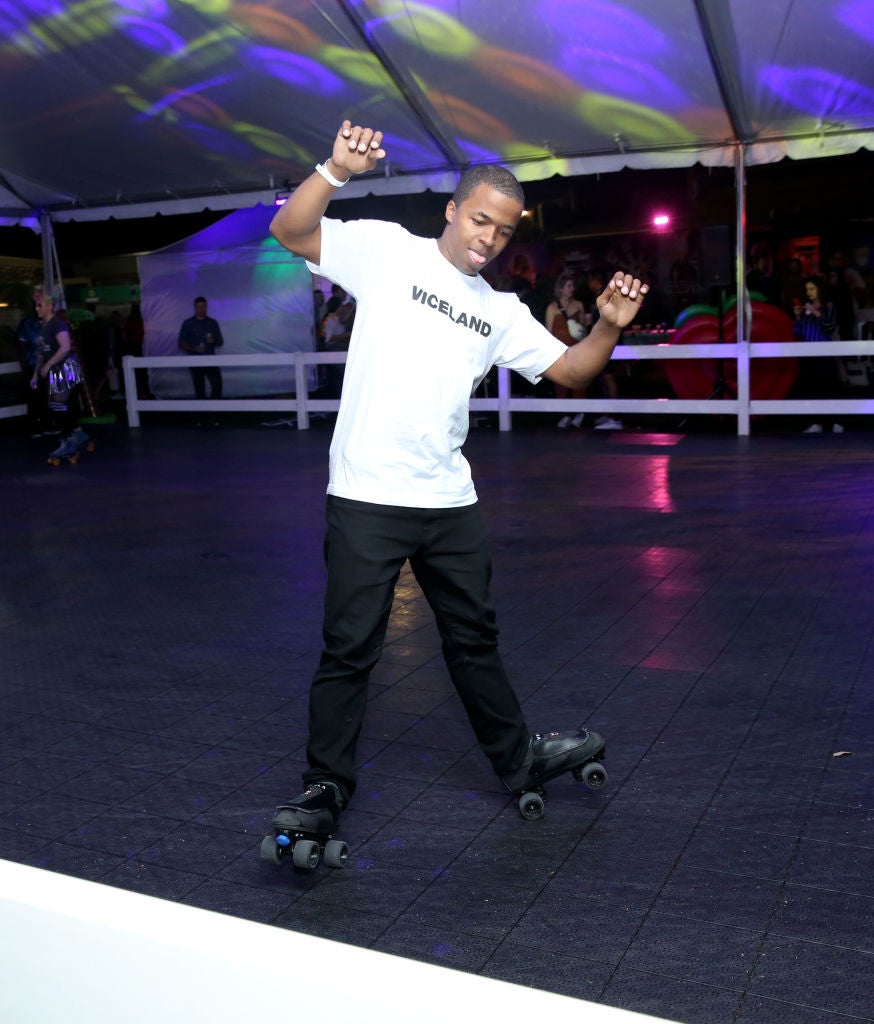 Vice transformed an Austin parking lot into a four-day pop-up roller skating rink, complete with a bar, rotating set of DJs, pro skaters, a merch booth and the classic Viceland bus. Guests had the chance to make it into pre-taped segments of the network's new series, Vice Live, as host Zack Fox was on the lot conducting celebrity interviews and capturing fan video. And since the devil was in the details, even the roller skates' laces read "Viceland." 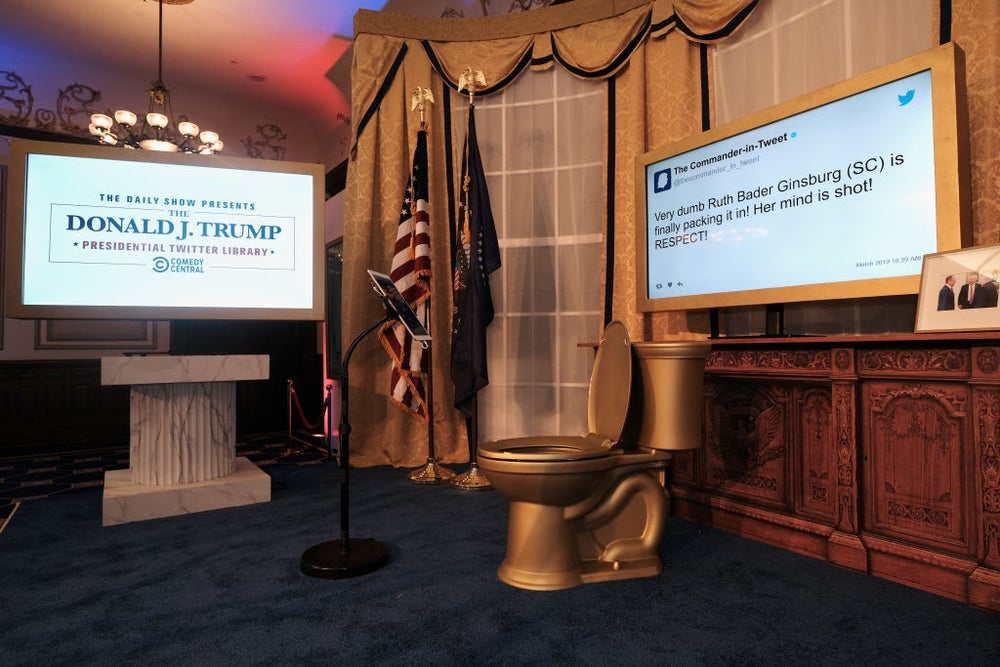 It's not the first time Comedy Central transformed President Donald Trump's famous/infamous tweets into an "art installation," but it's the first time the gallery made it to SXSW. After making its way through New York, Chicago, Miami, Los Angeles and San Francisco, the ornate gold frames displayed in Austin, Texas, this week complemented classic tweets such as "Despite the constant negative press covfefe." The corresponding plaque offered a curator's take: "Here in his single-tweet Minimalist phase, the real subject is not Trump's wholly original non-word, but rather that which is not seen: the ghostly reminder of the sentence that would have followed."