How to Avoid Workplace Political Spats

This election season, your employees may quarrel over candidates. Labor attorney Robin E. Shea offers tips, plus a free example of a harassment policy.

The conventional wisdom goes that you shouldn't talk religion or politics in most contexts, lest you risk a messy, personal argument.

However, with Election Day less than a month away -- and political debate season in full swing -- discussions about candidates are bound to crop up during business hours. Although not inherently harmful to productivity, such exchanges have the potential to disrupt even the most serene work environments if allowed to get out of hand.

We talked to attorney Robin E. Shea, editor of the blog Employment and Labor Insider, about preventing workplace political blow-ups. With 20 years of experience in labor and employment law, Shea has some choice advice for entrepreneurs on handling the thorny ethical and legal implications of political speech in the workplace.

Entrepreneur: Does the First Amendment guarantee a right to political expression in the workplace?

Shea: That's a common misconception. The First Amendment only prevents the state from taking action against businesses and individuals for expressing certain political views. Employers and employees are, however, subject to claims of harassment based on race, gender, sexual orientation, etc.

Entrepreneur: Given that this is the case, should employers bar political discussion?

Shea: Legally they can, but I wouldn't recommend issuing a preventive rule saying nobody's ever allowed to talk politics. Most employers want a work environment where people enjoy coming in and can have discussions about things other than job duties.

Entrepreneur: How can a civic-minded employer express political opinions in the office without risking harassment claims? 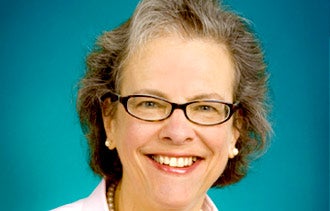 Shea: If employers do choose to bring up politics, they should be careful. An employer could legally say: "We think candidate Y is going to be better for our business and we just want to share that view with you." I think as long as you give a disclaimer making sure [employees] understand that you're not trying to pressure them to vote one way or the other, people will get the idea. But ultimately, you can't go wrong by keeping your mouth shut.

Entrepreneur: Can employers be held legally liable for political discourse in the workplace?

Shea: Not strictly speaking. But if the employee's political talk could be considered harassment or discrimination based on race, sex, religion or national origin, there's a real legal danger. If such comments are pervasive to the point where it would be negligent of an employer not to step in, then that employer could have some liability.

Entrepreneur: What can an employer do if they feel someone in the workplace is being exposed to harassment on political grounds?

Shea: Possibly all you need to do in the case of a heated argument is approach the parties and say: "Calm down, you're getting carried away." But if it has reached a point where you think: "This person is being consistently picked on, harassed or discriminated against because of their political beliefs," go ahead and follow the company harassment policy. If you don't have a harassment policy, then you need to adopt one. Otherwise, or in the meantime, you should use an open-door policy, or whatever procedure that you have in place for employees to make complaints.

Entrepreneur: How does an employer establish a harassment policy?

Shea: The harassment policy should be included in employee handbooks if the company uses them, and posted in areas where employees are likely to congregate. Ideally, the company should consult with an attorney or human-resources professional in developing the policy. (Click here for a free example of a model policy developed by Shea's law firm.)

Entrepreneur: What's the purpose of a having a harassment policy -- does it give you just cause to fire an employee who is harassing another?

Shea: An employee harassment policy is a defense to most discriminatory harassment claims. It's also valuable for employees, of course, because a good policy will explain the types of behaviors that are prohibited and let employees know where to go with complaints. And, yes, it would make it easier to fire an alleged harasser because he or she would not be able to argue that he or she didn't know that the behavior violated company policy.

Shea: Employers should make it clear in advance that gloating, victory dances or otherwise spiking the ball in the end zone is not acceptable. An employer worried about post-election disputes could issue a statement saying something like: "Thanks to you all for your participation in the political process and your efforts to be civil with co-workers who may not agree with your views. Please continue your good work now that the election is over. The company appreciates that we have employees with a diversity of viewpoints. Whether your candidates won or lost, please be gracious about it, and let's get back to work."