The queen of talk didn't let sexual abuse, poverty or racism hold her back. She's a media mogul with a soft spot for people and a penchant for following her instincts.

October 9, 2008
Opinions expressed by Entrepreneur contributors are their own. 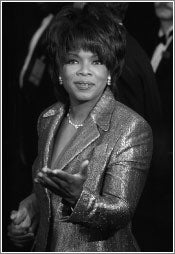