Iwon Organics launched in 2016, but its products are already in 5,000 stores.

Mark Samuel, founder of protein snack maker Iwon Organics, used his connections in the fitness industry in 2016 to score a national rollout in Vitamin Shoppe's 800 stores. But Samuel doesn't recommend other entrepreneurs attempt the same feat.

"Most people would say you should try to navigate yourself into a really big opportunity, but I say don't do that," he said. "You don't need to have big distribution when you have a new product. Get your product to be as perfect as possible, and then do a small regional test that's going to make the most sense for your product and get some findings from there before you proceed."

Samuel said he had a few businesses in the fitness industry, including a sport bag company that he sold, before he saw a hole in the protein market for savory snacks. But a few months into his research phase, Quest Nutrition, a maker of protein bars, introduced its own chips. 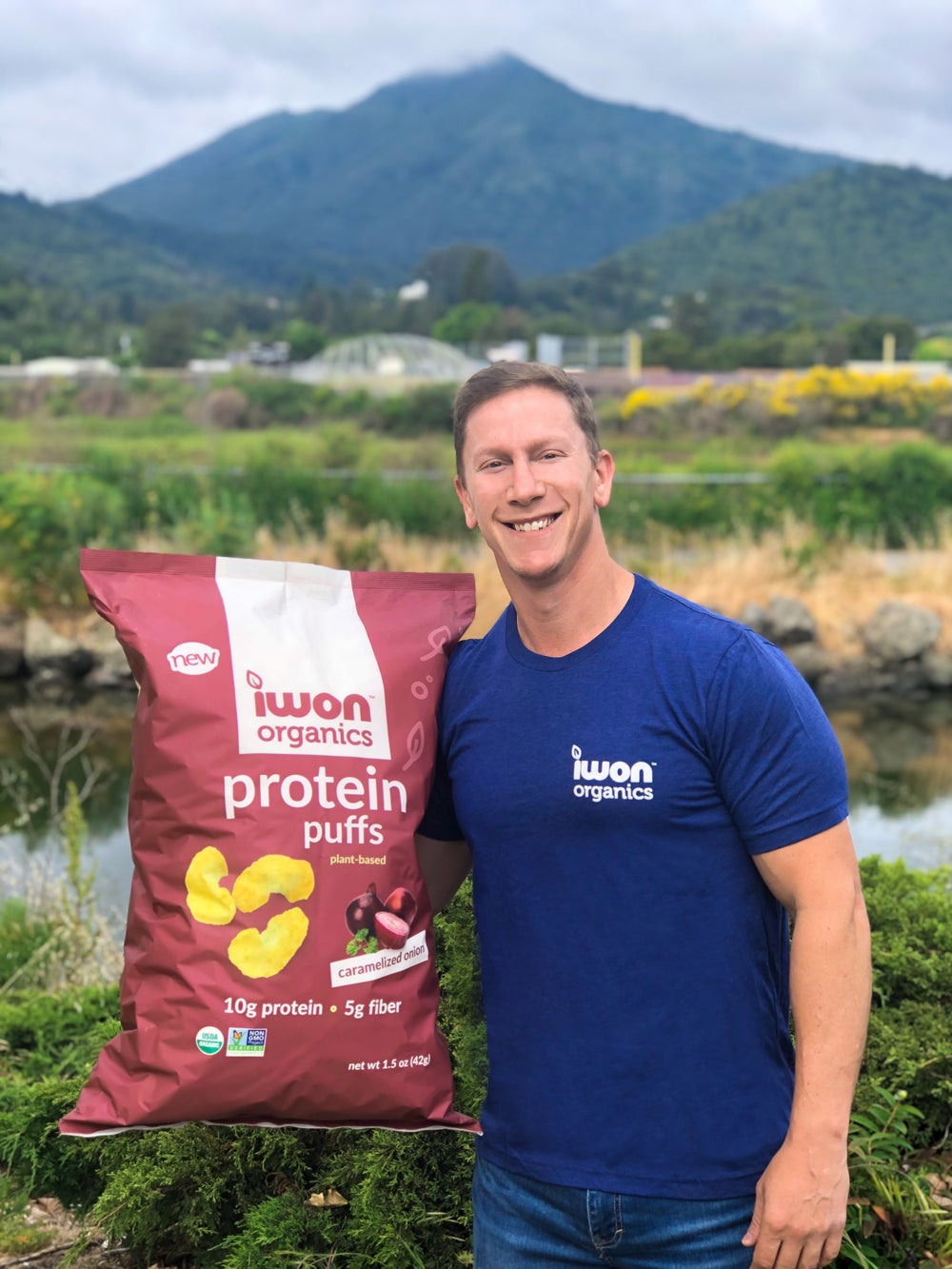 "It's actually part of the reason why I continued to move forward with it -- most would be discouraged," he said. "[Quest] didn't get much fanfare. My process was like, if nobody's really done it the right way yet, I'm going to continue."

Samuel attributes part of the company's success to its influencer marketing program, in which it enlists fitness enthusiasts with large social media followings to speak about Iwon products. But Samuel said that it's not just about throwing free products at random people, but taking the time to research and build relationships.

"The individuals who we think can best help us look like me," he said. "I'm a lifelong fitness enthusiast. As you can imagine, there's plenty of people in that group alone. We really do some soul searching. We drive into what type of posts, what their messaging looks like, how do they speak to their followers, do they comment, do they engage, is this their true passion or are they just throwing up photos? Once we've discovered those people, we reach out."

Related: This Protein Drink Entrepreneur Was Able to Raise $8 Million -- After Moving Across the Country

Patience is a virtue that Samuel preaches, but he said it wasn't something that came easily to him. But becoming a father five years ago changed his perspective.

"I wouldn't say that it has slowed me down, because I still always put on the gas when I'm at work," he said, "but having kids has provided me perspective that I've never had before. It's allowed me to be a bit more patient with specific things that I know are going to provide ultimate success."