If you can order a car to take you from your apartment to a party across town, then why couldn't you use that same app to instead, stop and pick up sushi, chocolate and wine and bring the party to you?

That's exactly what London-headquartered Gett has been working on for the last year. And in July, the ridesharing company will launch the new application of this technology. While Gett hasn't disclosed exactly whether its first product will be food, beauty or home services, eventually the company says it wants to have all three versions available.

"Gett is expanding into new verticals -- think Gett Pizza, Gett Sushi, Gett Grocery, Gett Wine, Gett Flowers, Gett Dry Cleaning and Gett Plumber," said Gett founder and CEO Shahar Waiser in a statement. "We plan to become the first app you tap to gett essential things done. Everyone will use it and no one will remember how they coped without it." 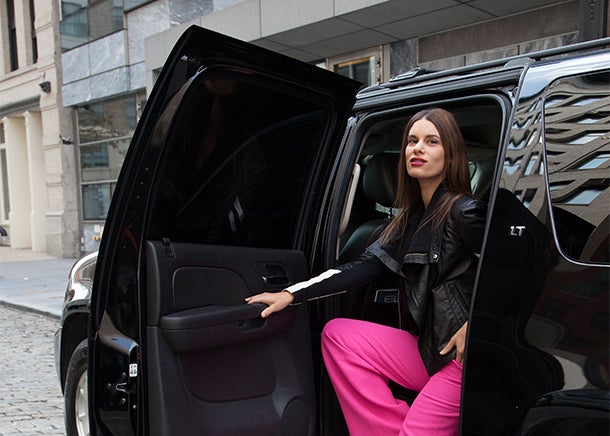 Like any up-and-coming ridesharing company these days, Gett is up against the 800-pound gorilla in the room, Uber. Its strategy is to pounce on areas where Uber gets the most criticism; for instance, Gett is consistently is positioning itself as the "surge-free" ride-hailing option. That's primarily because Uber has taken a lot of heat for its controversial surge pricing policy, where the costs of rides vary depending on relative levels of demand at the particular moment.

With its new rollout of delivering products and services, Gett is making a bold play in the battle against Uber. Uber has, at various times, experimented with goods and services-related delivery programs including programs that provide helicopters on demand, help people move large cargo from one point to another and deliver toilet paper to your doorstep. None of those pilot programs have become part of Uber's permanent repertoire, though.