Why I Refuse to Own a Car

This Entrepreneur contributor figures he saves 8.2 hours a week not owning a car. That's 426 more hours per year he can work on his business.

By Neil Patel
December 2, 2016
Opinions expressed by Entrepreneur contributors are their own.

This is my friend, Mike. 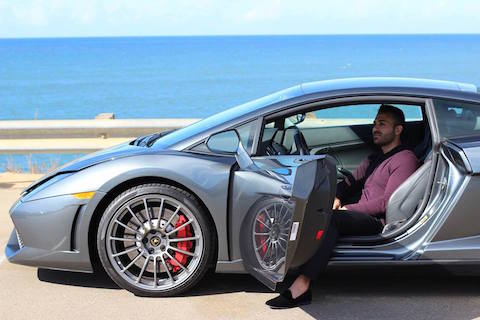 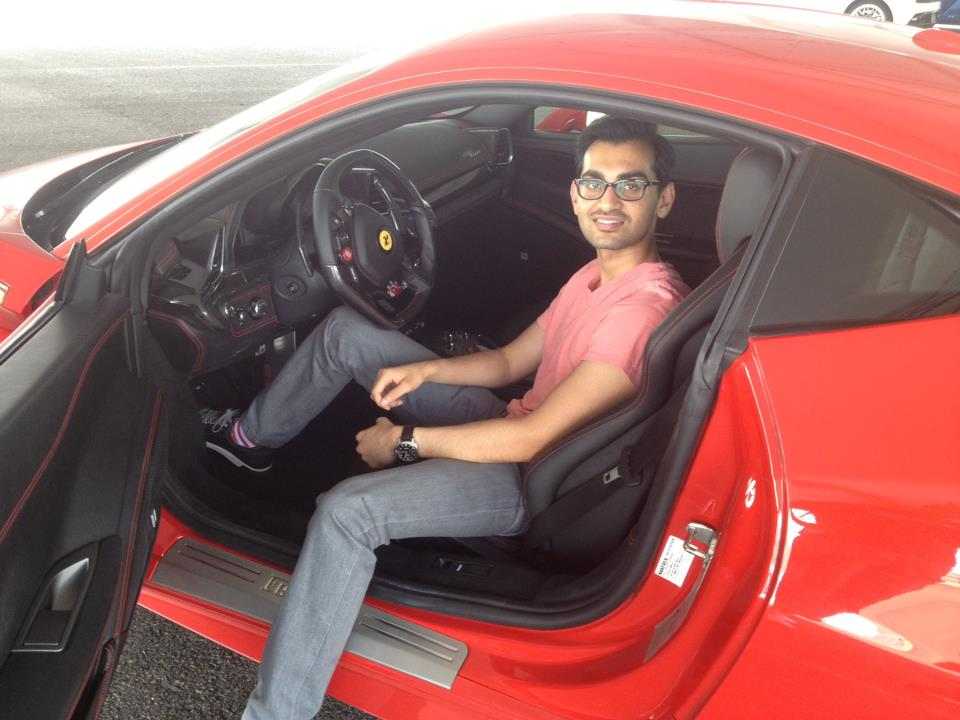 I do not own this Ferrari. In fact, I don't own a car at all.

So, here's the connection: I used to fly in to the San Diego airport when I was returning from business trips; Mike would pick me up in his Lambo, turning heads. (Women would actually run up to the car to give Mike their phone numbers.)

But, as for me, I didn't like his car! My suitcase didn't fit in the trunk! I had to cradle my luggage in my lap on the way home, and I couldn't see out the window!

That's why I'd rather Mike pick me up in his Mazda. Don't misread what I'm saying: There's nothing wrong with nice cars. I know a lot of successful people who have really nice cars. For me, however, owning a nice car would keep me from being a successful entrepreneur.

So I've made the decision not to own a car. Let me explain why.

There's something ridiculously awesome about driving around in a Ferrari or a McLaren. You will absolutely turn heads. These cars are flashy, loud and powerful. You've "made it," and have the goods to prove it. You're sexy, and you know it. But that's about it.

Fancy car ownership is all about the feeling you get. The feeling of novelty. Of importance.

I've driven a Ferrari before. I've even made some nice money by creating publicity for an exotic car dealership. But that's not my real passion or interest in life.

Sure, some people are true car hobbyists or collectors. But far too many people just want to experience the feeling. Eventually, they realize that it wears off after a while and they're stuck with a depreciating asset they can't put too many miles on.

So, what is the car actually for? From a functional or practical perspective, not a whole lot.

I choose to eliminate distractions.

The more things I add into my life -- possessions, stuff, variety, etc. -- the more distracted I become. I can't focus on the most important things, which for me are my businesses and my relationships.

A personal vehicle falls into the category of "distracting." I don't want the extra payments, hassle, repairs, maintenance, upkeep and worry of owning it. And most of all, I don't want the distraction of wanting to speed around the racetrack instead of working. Besides, I don't need it, because I have Uber or other options for transportation.

Car ownership is one more thing I got rid of in order to give me greater energy and focus on what truly fulfills me.

Plus, I've done the math. I spend roughly 8.2 hours a week in a car. That's around 426 hours per year. Some people spend more time in their cars each week. I don't really have to drive to work, but I have to go to meetings.

Assuming that the average person spends 40 hours a week working, I am gaining 10.5 work weeks more than my competition. In essence, I am able to work more hours each year than my competition can, because I don't drive, while they do.

As an entrepreneur, time is money. There isn't enough time in the day. The company that executes the fastest tends to win. By using Uber and not driving, I gain 10.5 weeks a year on my competition.

Okay, so not everything in life needs to make "business sense," but I always think about cars in that category. I used to drive around on the cheap. I just borrowed my parents' car. First, that meant an '89 Toyota Camry. A few years later, I upgraded to their '98 Honda Civic. 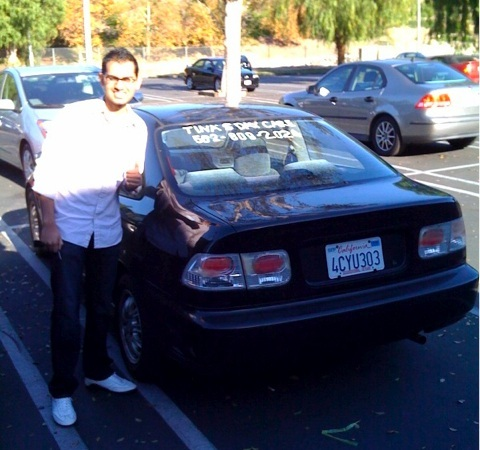 When I started making more money, I decided to buy my own car -- a Nissan Versa. I needed something to drive up to Seattle where I was moving. The Versa did the job.

I soon realized, though, that my car was a distraction. I had to fill it with gas, get oil changes, figure out where to park it and try to drive in the crazy downtown Seattle traffic. What a waste of time! So, I gave the car to a friend. He had to pay for gas and insurance, of course, but the car was his. My only condition? He had to give me a ride when I needed it. Basically, I had Uber before there was Uber.

For me, the agreement made perfect business sense. Purchase a car. Give it away. Don't worry about the hassle, and get unlimited free rides in return.

My friend Mike, the Lambo owner, loves his cars. He rents out his Lamborghini and Range Rover, making more money than he's spending on them. Besides, he's made some great business deals because of it! For Mike, owning nice vehicles makes business sense.

Another friend of mine, Tim Sykes, buys nice cars. 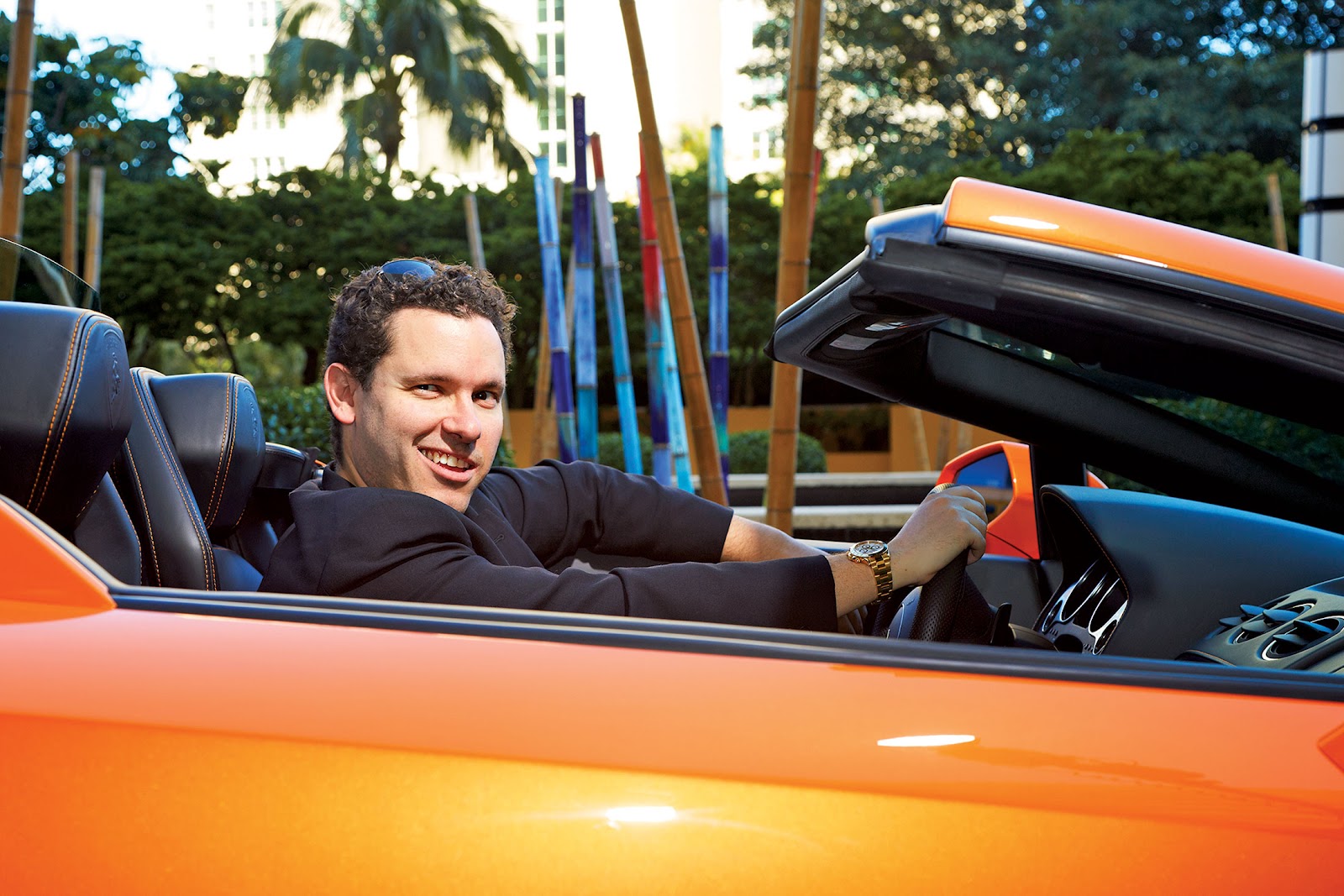 Why does he do it? He could care less about driving fast. He buys them for their business value. He'll write a few blog posts about them and get some pictures up on Instagram. Boom! He makes a few million more bucks. (His reputation as a successful millionaire helps him sell more information products.) His strategy makes total business sense.

Me? I don't own a car anymore, and that too is a strategic business decision. If I need to get somewhere, I get an Uber; it's incredibly convenient. A 20-minute ride lets me produce 30 emails and conduct five phone conversations. That, in turn, makes me money.

To drive myself those 20 minutes would be a net loss. You see what I mean by "business sense"?

I have a friend named Barry. Barry is a successful businessperson who had a thriving publicly traded company in the '80s.

When Barry gives me advice, I listen. He told me one time, "When you get older, you realize what's really important -- it's family, relationships . . . it's not about being 'cool.' Your car is going to get dinged up. It's just a car. It's a headache. Get something cheap! I used to drive a Ferrari when I was young, and now I drive a Toyota Camry. If I had to do it all over again, I would have never bought the Ferrari. It's a waste!"

So, let me say again: For some people, cars are important. And that's fine.

For me, the reason I don't own a car is simple: I choose to focus my energy, passion and money on things that truly matter to me. For me, that's family and friends. Using Uber helps me optimize my time, which allows me to spend those extra 426 hours a year on what's important to me the most.