These female entrepreneurs are defining the future for women in India.

By Navkirat Sodhi
September 22, 2009
Opinions expressed by Entrepreneur contributors are their own.

The past few decades have seen the emergence of a generation of women in India who are propelling the country to reach new heights in economy, politics, philosophy, arts and environmental development. We spoke with a few of these women in an effort to understand what drives them to create a thriving industry out of what started as ideas and dreams. These are modern India's leading women entrepreneurs. 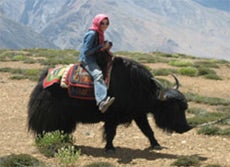 We start in a mountain desert where people were sent to exile in early times because of its harsh living conditions. That's where Ishita Khanna decided to start her company. Ecosphere, a not-for-profit organization, is located in the trans-Himalayan valley of Spiti, which translates as "the middle land" in Tibetan. It has swiftly grown into a social enterprise working on issues ranging from climate change and women's empowerment to responsible travel and energy efficiency. Khanna's objective is to hand over the running of the organization entirely to the locals in the coming five years.

Earlier this year, Ecosphere received India's first Green Energy and Green Livelihoods Achievement Award from The Sierra Club, the oldest and largest grassroots environmental organization in the U.S. "Spiti's extreme winter and dusty environs of a rugged back country make for a beautiful setting but a hard working environment," says Khanna, whose vision is redefining the way environmental conservation is practiced in India. "Spiti's geographical isolation and poor communication infrastructure has been one of the major hurdles. What would otherwise be achieved in a day or two in the city would take weeks and sometimes even months in Spiti." 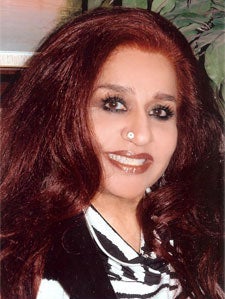 Shahnaz Husain, who started India's first professional herbal salon in the balcony of her house in Delhi in 1971, now reigns over an Ayurvedic beauty care empire. Husain, who has worked with eminent names such as Helena Rubinstein, Christine Valmy, Swarzkopf and Lancome, realized early on how much damage chemical cosmetics can cause. Her customized beauty care based on the concept of "herbal care and cure" found instant appreciation, and the enterprise grew.

She spares nothing--fruits, vegetables, gold and even diamond dust all have found a place in her organic concoctions. "The ancient Indian system of Ayurveda is the oldest and most organized system of herbal healing in the world. I was convinced that it could offer ideal answers to modern cosmetic care," she says. "Armed only with complete faith in my concept, I entered highly competitive international markets, without commercial advertising or fancy packaging." The brand--which has hundreds of franchises throughout the country--supplies to Harrods in London, Galeries Lafayette in Paris, the Seibu chain in Japan, La Rinascente in Milan and El Certe Inglis in Spain, and the list continues to grow. 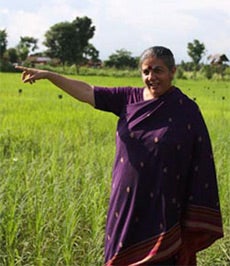 Founder: Vandana Shiva
Business: Navdanya
Purpose: Support local farmers, rescue and conserve crops and plants that are being pushed to extinction and make those crops available through direct marketing.

Banking and Cooperative Facilities
The government of India defines women entrepreneurs as an enterprise owned and controlled by a woman having a minimum financial interest of 51 percent of the capital and giving at least 51 percent of employment generated in the enterprise to women.

SEWA, or the Self-Employed Women's Association Bank, was established in 1974 as the first separate bank for poor, self-employed women workers. That includes hawkers, vendors and home-based workers such as weavers, potters, incense makers and papad rollers. The bank's objective is to provide credit to self-employed women with a view to empower them and minimize the uncertainty of available credit at exorbitant interest rates.

Microfinance brings the power of credit to the grassroots by way of loans without requirement of collateral or previous credit record.

Among the most enterprising women putting India on the world map is Vandana Shiva, Ph.D. The globally known scientist and environmentalist described the idea behind her organization: "I started Navdanya because of two reasons. In 1984 the violence in Punjab and the Bhopal tragedy compelled me to study why agriculture had become like war." She wrote the book The Violence of Green Revolution for the United Nations as part of that investigation.

In 1987, because of her work on Green Revolution, she was invited to a meeting on biotechnology in Geneva. There, she says, "the big chemical industries laid out their plans on how they wanted to patent every seed and genetically modify our food and how they are going to use the Uruguay Round of GATT to impose this dictatorship over life and food on the world." Says Shiva, "I felt compelled to defend freedom and took inspiration from Gandhi's spinning wheel to start saving patent-free, GMO-free seed. That is how Navdanya was born in 1987."

Over the course of this journey, Shiva has faced corporate policies and governmental laws supporting farming and agricultural models that are unsustainable. Now, two decades later, Navdanya has 46 organic seed banks across the country. Navdanya's efforts are spreading not only awareness about the importance of organically grown food but also supplying organic food grown at its farms in the Uttaranchal region of the Himalayas. She adds, "The message I would give to women entrepreneurs is that they must change the model of business from one based on greed and exploitation to one based on sharing and conservation." 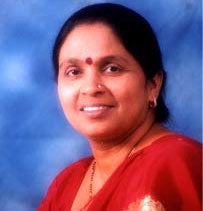 Anyone who knows anything about India has heard of or tried poppadums--the crackling, savory crisps that accompany main courses. And one brand that has made poppadums or papad an international success is Shri Mahila Gram Udyog. It started when a group of seven women casually got together one afternoon in 1959 to roll out papads on the terrace of a south Bombay house. They were quick to notice the potential of what they had begun, and production started under the name Lijjat Papad. Company President Jyoti Naik has led the women's cooperative to become one of India's most successful business ventures. Shri Mahila Gram Udyog has diversified into bakery products, detergents, spices and flour. It has built an image as one of trusted homemade products of the finest quality at very reasonable prices. The company now has 62 authorized branches across the country and, with only women members, is being seen as the best village industry institution in India. 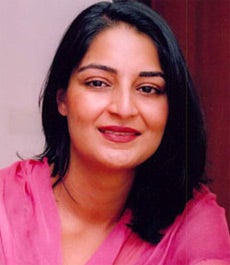 Steering from the bounty of nature to the luxury of lifestyle, DLF India is the country's largest real estate company in terms of revenue, earnings, market capitalization and developable area. Spearheaded by its director, Pia Singh, the company is becoming synonymous with luxurious entertainment around the country. Avant garde shopping malls, modern residential and commercial spaces, and the introduction of international luxury brands such as Gucci, Bulgari and Louis Vuitton under one roof are just a few of the projects the graduate from Wharton Business School has executed.

Apart from the revenue DLF generates from these properties, it holds regular exhibitions and significant events on its properties, such as India Fashion Week. A low-key visionary who also studied film-making at New York University, Singh is always behind the scenes and always directing the company forward.

It's interesting to note that none of these ladies discussed the hurdles that crossed their paths while they were realizing their dreams. It seemed as though they didn't want to waste time dwelling on what's done. As Khanna says, "There are numerous doubts that plague one before one takes the plunge. However, the more one thinks about it, the plunge seems more difficult. Hence, while I strongly believe that one must plan an initiative thoroughly, if you are passionate about what you want to do, that is half the battle won already. "