The 19-year-old multi-hyphenate talked with us about building a brand while nurturing what really matters.

By Christian Anderson (Trust'N)
March 31, 2022
Opinions expressed by Entrepreneur contributors are their own.

Growing up in the relative small bayou city of Houma, Louisiana (Population 33,000), Emma Brooks McAllister always wanted to be involved in the entertainment industry in some way, but she wasn't expecting to become a content creator. She spent much of her adolesence modeling for brands including Savage X Fenty, Guess and Paul Mitchell, and was crowned Miss Louisiana Teen in 2019. Once she turned 18, Brooks moved to Los Angeles for an internship at a fashion and PR firm, and as she recalls, "About seven to eight months after moving here, my social media just started to take off. That love for creating just kinda also came with it."

With more than 1.7 Million followers on Instagram and 3.8 Million followers on TikTok, it's safe to say she's made a quick impression as an influencer, and has begun more actively collaborating with designers, and has her own clothing brand and online platform called 50/50, which will focus on spreading more awareness around mental-health disorders.

In fact, Brooks would contend that her most valuable work doesn't take place in the business space, but as an advocate for mental health. She has long been been open about her struggles with bipolar disorder, anxiety and clinical depression, inspiring millions with her bravery and transparency.

Sitting down with for a recent Zoom interview, the 19-year-old up-and-comer radiated positive energy and was all smiles, adorned in a stylish red top from one of her favorite stores: Urban Outfitters. And her passion for discussing everything from business endeavors, favorite collaborations and fan interactions fans to her journey balancing her mental health and entepreneurial pursuits was palpable.

Below are some excerpts from our wide-ranging conversation, along with links to recommended resources that have helped not only Emma, but thousands of others during their personal journeys battling mental-health disorders.

You've been an adamant supporter of mental-health awareness. Give us some insight into your own challenges.

It started a long time ago, when I was first diagnosed with anxiety and depression. High school was when everything started to get super real in my brain. That was when I started getting diagnosed with other things, and it's when mental health became a big part of my life. I was immediately thrown into therapy at 14, which was a good thing because I wanted to be. I was bullied in high school, and I was going through those traumas as a child dealing with gross men; it was difficult. By the age of 15, I was admitted into the hospital and things got really serious. I wasn't aware of how serious it was until I got out. I wanted to keep trying, but I didn't know what coping mechanisms were. Instead of just talking, I started asking questions to my therapist about what it all meant. 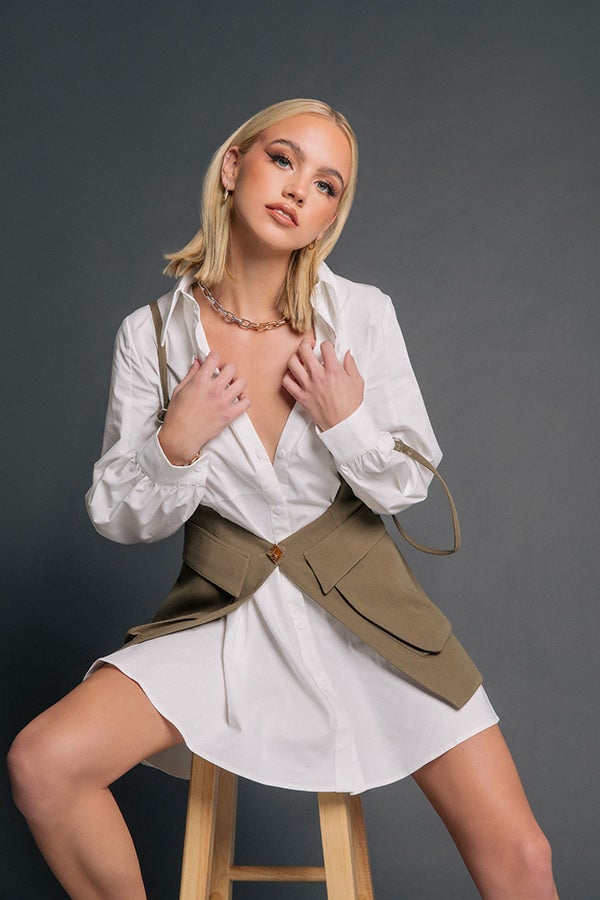 What's changed that you feel in a better place today?

My support system has gotten a lot better now. I moved to L.A. and met a lot of great people. It's a very difficult thing and pushes me to work more towards normalizing it. Being in a hospital, it makes you feel less than you are. It's hard to not be upset. It's a very objectifying place. It's a part of that stigma that when you go to a mental ward, you are crazy. That's not true. That needs to be normalized.

What are some key ways that you go about dealing with your depression that help you juggle all your responsibilities as an entrepreneur?

I personally see a therapist weekly, but there are other things I'm doing outside of that. I'm getting back into yoga, which was a really big part of my recovery when I was younger. My mom was a big yoga person. I used to go with her, and it was a huge mental relief. Especially meditating. There are apps like Waking Up that have self-guided meditations that can really help you. And I like to read; that helps a lot. I like to read a lot at night.

Related: Rise Above The Noise: 5 Tips to Stand Out as an Independent Artist

What do you think others can be doing if they're struggling with mental health or feel overwhelmed running their business?

I think the first and most important thing people don't like to do is asking for help. Ask for help. Ask therapist. There are support groups online. HeadHelp.io is a community where people can anonymously post and talk. It's wanting to try new things and trying to find motivation. It's all trial and error. Not everything you are going to do is going to work, but there will be something.

What are some other resources around mental health that you've found helpful in your journey?

The National Alliance On Mental Illness is a really good resource you can go to for statistics/facts, support groups, community centers and youth groups. They have different branches around the U.S.

The main goal behind 50/50 is to just be a part of the normalization of a mental-health brand. Essentially, I want it to become a resource for people to turn to. It's going to be a conversation. Instead of just taking you to a page to buy more clothes, it'll be a page for mental health. And I really am wanting to get into acting, because I do have a lot of emotions. But I've wanted to do it for a long time. Modeling and acting, they just go hand in hand.