When It's Time to Grow, Sometimes You Need to Let Go

By Jason Fell
March 16, 2016
Opinions expressed by Entrepreneur contributors are their own.

"This is at once one of the hardest and best things I've ever done."

The year was 2013 and entrepreneur Jonathan Strauss found himself in a situation many business leaders can relate to. His company, social analytics startup Awe.sm, was scaling quickly, converting from a platform used by developers to track social-sharing data to one used more broadly by brands and marketers.

Strauss had steered Awe.sm for four years as CEO but he was spread too thin. The hardest thing, as he noted in a very personal post on his blog, was realizing that he, alone, couldn't lead his company to that next level. Strauss hired an industry veteran to replace him as CEO. He'd stay on as head of product development, leading product, strategy and engineering.

While no one knows the brand or vision better than the founder, growing companies demand different skill sets at the top. Entrepreneurs aren't superhuman. Sometimes they need a COO to take on the daily management duties. Other times, it's best to let someone more qualified run the show, while you focus on the things that you do best.

Letting go of control of something you've built is scary. Here are seven resources that can help shed some light and ease some fears.

1. Rich Versus King: The Entrepreneur's Dilemma

This academic paper from Harvard examines the two primary motivating forces behind most entrepreneurial ventures: money and control.

More specifically, the paper looks at how a person's motivation for financial gain can directly conflict with his or her desire for control. As the paper's author Noam Wasserman says, "The entrepreneur will have to choose between attracting the resources that will help build a valuable company, in the process giving up a lot of equity and decision-making control, or else retain equity and control while not being able to build as valuable a company."

Rarely can entrepreneurs attain both, the paper says. Long-serving founder/CEOs like Bill Gates are the exception to the rule, Wasserman says.

2. How to Work ON Your Business--Not Just In It

Some entrepreneurs are highly creative product developers. Yet, a company can't grow on just one person's skillset alone. The business needs someone to manage teams and set a strategic course for growth.

Enter the concept of working on vs. working in your company. In "How to Work ON Your Business--Not Just In It," entrepreneur Tom Lowery outlines a five-step plan for how you can focus more on the "on" rather than the "in." The more time you spend bogged down in day-to-day stuff, the more you're working in your business, and failing to plan for the growth you dream about.

Related: 5 Reasons Why I Quit My Own Business to Work for Someone Else

3. If, Why and How Founders Should Hire a "Professional" CEO

In 2007, LinkedIn co-founder Reid Hoffman made a tough decision. Similarly to Strauss at Awe.sm, Hoffman stepped down as CEO and hired a professional chief executive to take his place. 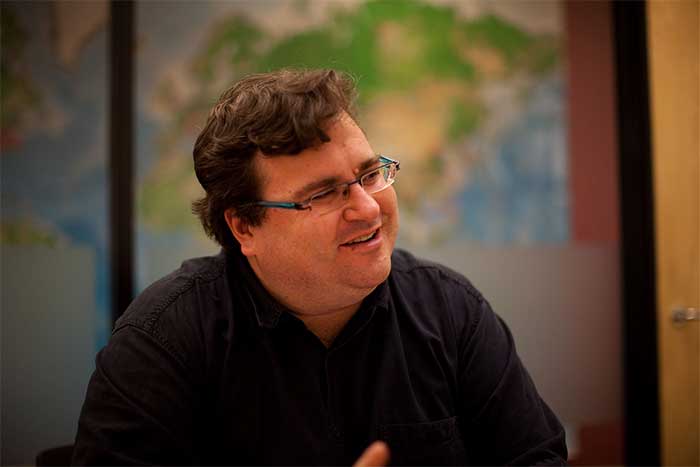 Six years later, in 2013, he scribed this 3,000-word post. It's a detailed self-examination of how he arrived at this decision, why, and his role within the company from that point on.

4. Why Hiring a COO Was the Best Thing I Did for My Business

Replacing yourself isn't always the answer. If you want to maintain the vision as CEO but need help with the nuts and bolts of managing a growing company, hiring a COO can be an option.

Take it from Playwire founder Jayson Dubin. As his company began to grow, he found himself "in the office every day, dealing with an assortment of HR, IT, technical, office management, and building issues," unable to handle what he does best: customer acquisition and retention.

"Hiring a COO introduced a layer of process and control that was missing from our organization," Dubin says in his piece for VentureBeat. In it, he outlines the initial changes that were made by his COO, noting, "These were all core elements of the business that needed to be updated in order to foster continued growth."

Related: 4 Tips From Experts on Hiring the People Who Make the CEO a Star

5. Second in Command: The Misunderstood Role of the Chief Operating Officer

So, you're thinking you might need to hire a COO. But what the heck should they be responsible for, anyway?

This Harvard Business Review article attempts to answer that question. It examines what the authors say are the seven kinds of COO, and how each is useful in different ways:

6. Want to Grow Your Business? Get Out of the Way

As crowdSPRING co-founder Ross Kimbarovsky notes in this article, the very idea of giving away control can be frightening. Some founders "believe they are the only ones who can do the job right. Many think there's not enough time to properly train another person."

Kimbarovsky talks about his own misgivings in relinquishing control over his company's engineering team, in order to free himself up to focus on growth-associated tasks. To ease the transition, he decided hand off responsibilities for the team to a senior engineer over the span of several months. The gradual process assured they'd both be ready for the change when the time was right.

"If you want to grow your business, you must learn how to let go," Kimbarovsky says.

7. Why We Prefer Founding CEOs

It's not always the entrepreneur who decides it's time for a leadership change. Sometimes the call comes from on high: the VCs who have invested in your company. Typically, it's because they want to scale faster than they think you're capable of.

Not so at big-time VC firm Andreessen Horowitz. In this thoughtful piece, Ben Horowitz explains why his firm invests in technology companies for which the entrepreneur should remain at the helm. In short, it's because founder/CEOs have these critical qualities:

Related: Twitter Is Proof That Founders Make the Best CEOs

Either way, it's difficult for one person to carry the burden of a growing company alone. Let go of the responsibilities that weigh you down from doing bigger things. You might need a second set of capable hands to set you—and your company—up for success.