Forget Wearables. This New App Wants to Make Your Brain Smart About Fitness.

Coming out of stealth mode Health IQ just launched a new app, one that increases your health literacy through quizzes on various fitness and nutrition-related topics.

When it comes to those health surveys at the doctor, all of us tend to fudge the answers a bit. No one wants to admit they don't make it to the gym a three days a week or consume more than "a few" alcoholic drinks at the holiday party. We're predisposed to lie to make ourselves look good, which may be great for the moment but doesn't do anything for our long-term health. 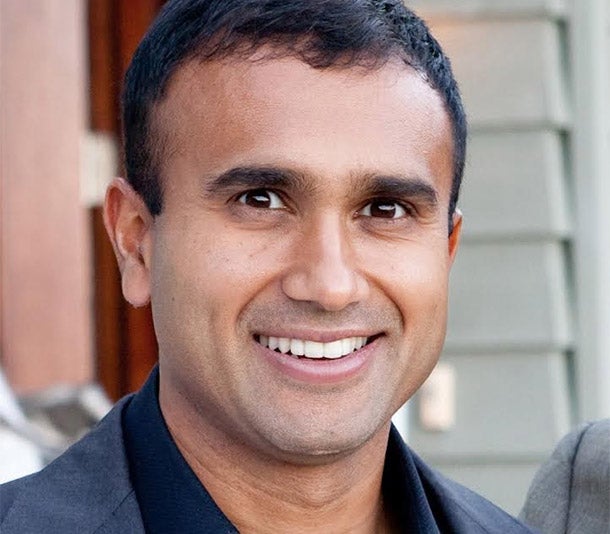 How much you know about your health can have a huge effect on your weight and even how often you visit the doctor. Finding a way to learn about your health, however, can be a little difficult, especially if you don't realize there are aspects you're missing or under informed in. That's where a new app called Health IQ hopes to help.

The startup just came out of stealth mode with an app and $5.5 million in funding to boot, according to The Wall Street Journal. The free app comes loaded with 10,000 different health-related questions spanning across more than 300 different topics. You can take a quiz on something that is relevant to you, say gluten-free eating or yoga, and find out how much you really know about the topic. At the end of each quiz, you're given a score based on your answers as well as a rating that compares your score to others who have taken the same test. But don't' think these tests are some Buzzfeed-style quizzes.

Instead of asking you basic questions you can fudge, Heath IQ has expert-created questions that indirectly force you to prove you're actually involved in a particular lifestyle.

For instance, instead of asking you if you overeat, the app might show you four plates full of rice and ask you to select the image that depicts a single serving. Or rather than taking your word for it that you bake with Splenda rather than sugar, the app might ask what happens when you do (the dough doesn't rise).

"We've developed these really interesting experiential questions that really test if you're doing something," says CEO and founder Munjal Shah. When you get a question wrong within the Health IQ app, you can instantly read articles online about the topic to help you learn more. Questions you miss are also instantly added to a "Study List" for you to reference later on.

If you're really knowledgeable about something, be it allergies or pilates, you're given "Elite" status for the topic. The idea being that your friends might go to you for help in increasing their own knowledge of the subject. There's also an in-app discussion option where other users will know you really do know a ton about nutrition and aren't just someone on the Internet spouting potentially incorrect information. It also rewards people who have really taken the time to learn about something.

"As a society we don't give you credit for not getting sick," says Shah. In a way, the app gives the health-conscious folks a way to celebrate the knowledge they've learned. This mission comes from a very personal place.

Related: Work, Eat, Sleep: How These Products Are Trying to Improve Your Daily Grind

Days after selling his last company Like.com to Google, he ran a half marathon. Instead of a runner's high during the event, the 37-year-old had chest pains that sent him to the hospital. His father had his first heart attack in his 40s, a piece of his family history that made the pains an even bigger wake up call.

"That kind of began for me a whole journey around my health," says Shah. Faced with his own new health issue as well as some other issues in his family, Shah started reading and taking classes about health. It turns out there were quite a few things he thought he understood about his wellness that he was actually a little off about. And he now hopes others can do the same.

You can set goals within the app like losing weight, increasing your vitamin D intake or building flexibility. And once you do so, you can have the app customize some of the quizzes it sends your way to help you reach that specific goal. Each quiz can be completed in just a few minutes, making it the perfect time-waster during your morning commute or while you're waiting in line at the grocery store.

Related: Meet Spruce, a Telemedicine App Designed to Stop Acne in Its Tracks