Some of the Coolest Lego Sets You Haven't Seen Yet

Legos are building blocks. While most toys come with a pre-baked narrative, Legos can be configured to become whatever a user wants to make, to whatever story he or she wants to tell. As one Danish college student – still an avid Lego user -- told Smithsonian Magazine last year, Legos put "no limits on your fantasies."

Individuals have used Lego pieces to build awe-inspiring stuff for generations. In 2008 the Denmark-based toy company decided it wanted a piece of the creative action and launched a beta program in Japan, which allowed users to submit design proposals for new Lego sets to the company.

Related: How Lego Came Back From the Brink of Bankruptcy

It was enough of a success that earlier this year, Lego announced it would integrate crowdsourced user designs "more closely into the Lego experience" with the launch of Lego Ideas. Through the program, anyone can submit a proposal for a new Lego "project" (i.e. Lego set) on the Lego Ideas site; users then vote on projects they would like to see actualized. If a submission receives more than 10,000 votes, it is reviewed by a board of Lego set designers and marketing representatives who decide whether or not the proposal will become a commercially available set.

As one would expect, Lego Ideas has generated a wide range of proposed creations: Below are a few user submissions – some of which have been officially approved and some that are still pending – that illustrate the crazily elaborate stuff that can be built using tiny plastic pieces. 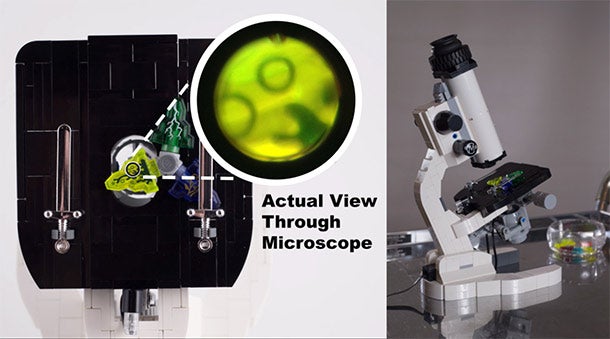 Carl Merriam, a relatively well-known Lego artist, has built a functioning microscope out of Lego parts. "Did you know that it's possible to build a working compound microscope with nothing but LEGO elements?" he wrote on the project's proposal page. "The key is the magnifying glass. All you need is several of these convex lenses, and some Power Functions LEDs."

He first stumbled on the idea when tinkering with a Lego X-Pod set. "While trying to find a use for the pod itself, I realized that it was very close to a deep petri dish," he wrote on his blog last summer. "I used a planetary gear system to allow both coarse and fine adjustment of the objective 'lens'. A little more tinkering and I connected the focus to a magnifying glass and fiber optic light in the eyepiece, so adjusting the focus knobs would actually bring the writing on a LEGO stud in and out of focus."

Related: What You Can Learn From Nintendo's Weird and Wonderful 125 Years

The project currently needs to drum up some more support to be considered: At the time of this writing, it has 1,142 supporters (out of the necessary 10,000 votes it needs to be considered for review) with 281 days to go before the deadline. 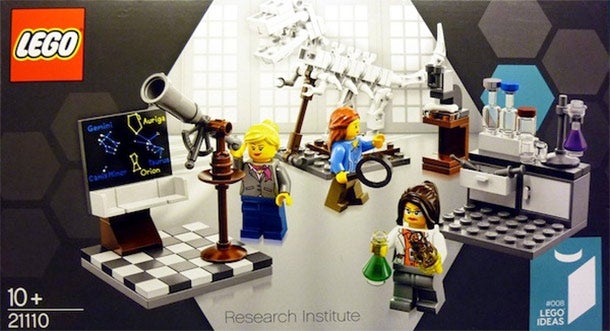 In 2011, Lego launched a line of figurines aimed explicitly at girls that, unfortunately, translated into slimmed-down, pink-clad female mini-figures and sets for bakeries, shopping malls, and juice bars. The rollout set off waves of traditional backlash, but the most moving response came from 7-year-old Lego enthusiast Charlotte Benjamin. She wrote to the company, expressing her dissatisfaction with the fact that "all the girls did was sit at home, go to the beach, and shop, and they had no jobs, but the boys went on adventures, worked, saved people … even swam with sharks."

Luckily, Benjamin's options will soon expand, thanks to Dr. Ellen Kooijman, who submitted a plan for a line of female scientists (a chemist, paleontologist and astronomer) and their lab tools (including flasks, a dinosaur skeleton and a telescope) to the Lego Ideas project. Kooijman's proposal quickly racked up 10,000 votes, was reviewed by the Lego board, and will be released in August. 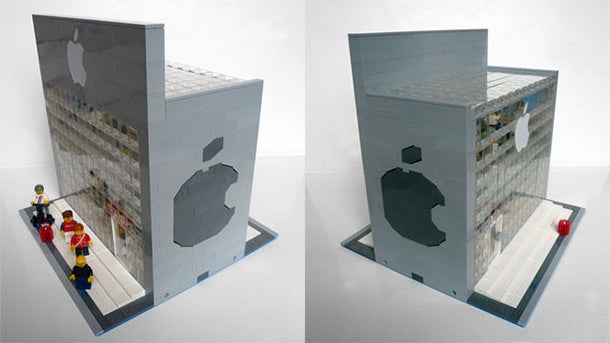 One user recently submitted a proposal for a two-story modular Lego Apple Store, complete with the store's trademark transparent spiral staircase and genius bar. "I also included the brilliant idea of having a Steve Wozniak [figure] on his Segway," the user wrote on the project's Lego Idea page.

The submission has already received the necessary 100,000 votes, and is currently under review. If passed by Lego's board, some version of the envisioned 900 piece set -- complete with a Steve Jobs figurine and "fanboys lined up outside for the new iPhone (note that the second in line is annoyed that he's not first)" –will go on sale in the near future. 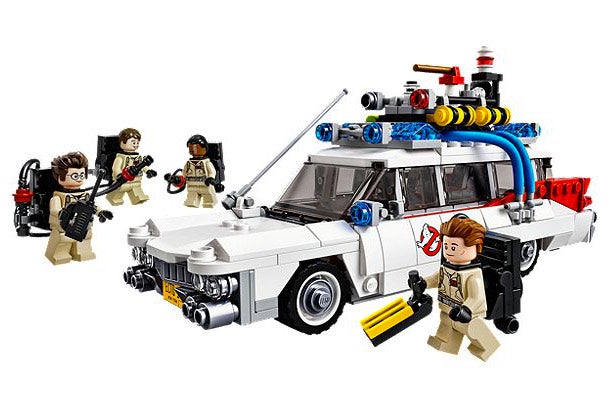 The 'Ghostbusters' set – complete with mini-figures of Peter Venkman, Ray Stantz, Egon Spengler and Winston Zeddemore (all wearing proton packs, of course), and their Ecto-1 vehicle – was created by "Ghostbusters" fan Brent Waller. "As a child I would recreate 'Ghostbusters' out of Lego. I had a very primitive Ecto-1, Ecto-1A, and the Firehouse as well as all of the main characters with 'Classic Space' air-tanks for Proton Packs," he told the company. "As an adult rediscovering my love of Lego, recreating it now was a way of recapturing that unbridled creativity of my youth."

Related: Why 'Ghostbusters' Should Be Every Entrepreneur's Favorite Movie

Waller's proposal quickly collected the necessary 10,000 votes it needed to be reviewed, was approved by the Lego board, and is now available for purchase.

Tell Us: What Lego set would you like to see created?