These days, there's an app for whatever ails you, be it depression, acne, addiction, you name it. That's no exaggeration: in 2014, iOS and Android users had more than 100,000 mobile health apps at their fingertips, double what was available just two years ago. By one projection, the sizzling market is on track to be worth $6.4 million this year, and possibly skyrocket to $49 billion by 2020.

One newcomer to the action is Vida, an app aimed to help people both manage and prevent a variety of chronic health problems.

Launched this past October, Vida allows people to connect with medical professionals via text, phone and live video chat. Depending on their needs, users could be paired with a nurse, a diabetes educator, a nutritionist, an exercise physiologist or a doctor, though M.D.s are currently "in the minority," according to a Vida representative.

Related: This Health App Does Everything But Go Jogging for You 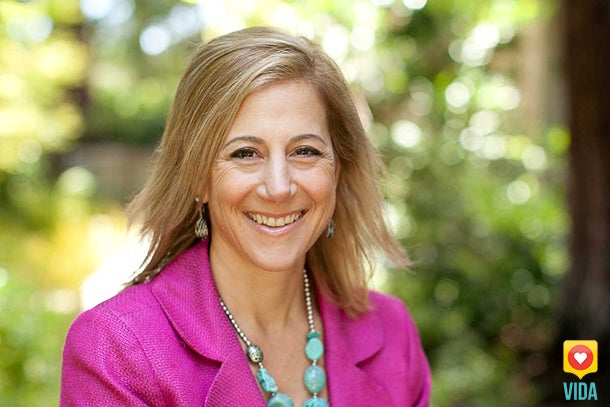 After an initial video consultation, each user gets a personalized plan to guide them on a path to wellness. Unlike apps such as Spruce, Vida's medical professionals are unable to prescribe medication through the app, though medication reminders can be sent.

Vida co-founder Stephanie Tilenius says the app isn't meant to to completely replace doctor visits, but can augment them and ideally render them less frequent. The service, which costs $15 a week, is "perfect," she says, for someone who might have experienced a minor cardiac event or had a heart stent implanted.

The key is in the app's ability to genuinely engage users. Communication is constant (Vida coaches are available day and night, send text messages daily and do video check-ins once a week), and users can choose the style of motivation they prefer (i.e., they can choose a coach to act as a "cheerleader," a "drill sergeant," a "listener," a "challenger" or an "innovator").

Related: Your Smartphone Is Becoming Your Doctor

For Tilenius, creating an app that could truly motivate people was crucial. The former Google and eBay executive, who also co-founded PlanetRx.com, says she herself once tried upwards of 10 different wearable health and fitness trackers over the span of about a week, and found they all lacked the ability to motivate her. "Nothing changed," she says. "Like so many people, I needed a person to hold me accountable and I needed personalized health advice."

Her parents' own health-related struggles inspired her to go into the health app business. Her mother was diagnosed with a rare form of brain cancer, anaplastic astrocytoma, and her father had suffered a heart attack. Her father later succumbed to heart disease and her mother eventually lost her battle with cancer.

"My father needed consistent medical care," Tilenius recalls, "and there was no way to get it to him the way that Vida now provides it." An app like Vida, which means "life" in Italian and Spanish, might have saved her dad's life, she says, by enabling him to more affordably and more regularly consult with a medical professional to reduce stress and lose weight, right from the comfort of his own home.

"The system of dealing with both of [my parents] -- interacting with doctors, figuring out the protocols, all of their medications -- was a lot of work," she says. "I knew there was a better way, but I couldn't find it. It didn't exist."

Related: Stay Healthy With These 3 Free iPhone and iPad Apps

That's when her entrepreneurial lightbulb clicked on. Determined to build a solution, Tilenius partnered with co-founder Dr. Connie Chen, a primary care physician who practiced at Kaiser Permanente and the former medical director of Stanford University's StartX startup fund.

Together with their lean startup team, they built and beta-tested Vida and officially released it this past October. The company raised $5 million in a Series A round from several heavy-hitter investors including Khosla Ventures, Yahoo co-founder Jerry Yang and Kevin Scott, LinkedIn's senior vice president of engineering and operations.

Tilenius says the app is already "seeing really good growth" and that "a lot" of people, from millennials to baby boomers and just about every age in between, are using it. She wouldn't share exactly how many, though she says positive customer testimonials are rolling in. One user reported reversing diabetes using Vida. Another credits an 85-pound weight loss to daily encouragement, reminders and tips from a Vida health coach.

As for Tilenius and her own employees, they practice what they preach, especially when it comes to staying fit. Walking meetings are preferred and, to reduce sitting, there are no cubicles at its brick-walled open office space in San Francisco's trendy SoMa district. There Tilenius and her coworkers recently sweat it out boot camp-style during a Tabata high-intensity interval (HIIT) training session.

"This week I've had three one-on-one meetings," Tilenius says, "and they've all been walking meetings." And, of course, you bet everyone at Vida Health uses the app they helped bring to life. "We all have coaches. We're all trying to support each other in our health endeavors. It's our passion."