Are You Seriously Telling Me that I Could be Dick Tracy? 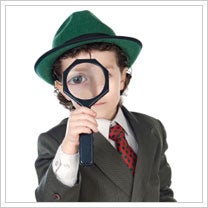 I've been wanting a freakin' watch phone ever since I was a kid.

Ever since I saw Dick Tracy.

I'm talking more about the movie adaptation, of course, as the comic's initial debut was slightly before my time (seeing as how people could read the original comics in "Hoovervilles"). But the movie ... oh, what a movie for a kid to see at that age! It was at exactly the right time, too, when I needed to mature beyond educational programming like Sesame Street and Reading Rainbow to rampant vixens with cleavage and goon mobsters with tommy guns.

Clearly the next step in entertainment for a spaz kid, such as myself.

Look, the point is: LG is gonna give me my freakin' watch phone.

I should explain how much this truly means to me. I wore out my imagination with Dick Tracy.

I'd play it at school with friends, at home with siblings and parents, in my room by myself. I'd boss around anybody I could to get answers. I'd pace my bedroom, mumbling leads to myself. I'd spy on my elderly neighbors (they were the only ones I could keep up with), taking notes of what they did. And all the while, I'd provide updates to the police commissioner through my official Dick Tracy toy watch phone, which made my skin itch, from the burning sensation of the truth! ... and cheap red plastic.

Also, yes, if you're already thinking it, James Bond did have a really cool watch phone deal, too, but he also had like ... 900 other things that were unreal. So, let's just let Dick Tracy have this one. Also, I played Dick Tracy as a kid, not James Bond. I wouldn't start playing James Bond until I could tolerate gin and woo women.

As a kid, my bike was my police car, the neighborhood kids were all allies or suspects, and my toy watch phone was ... well, my real watch phone.

And now a legit watch phone is here!

According to a BusinessWeek blog, "LG isn't the first to try. A decade ago, Japanese manufacturer Hitachi's U.S. unit released a digital mock-up picture of a cell phone watch that was no thicker than a credit card, had a flip-up screen and could access the Internet wirelessly, do videoconferencing, and locate you anywhere in the world with a built-in Global Positioning System. Last year, SMS Technology, an Australian company, began selling a cellphone watch for $300."

To further the notion that the LG Marketing Team is on par with L. Ron Hubbard, the subsite gives its release date, "Exactly when? We don't know ... but the day WILL come ..." (which you're supposed to read with an echo at the end, as if you're fading into the darkness).

When LG is not being laughably and suspiciously vague, the company's site adds, "Coupled with a Bluetooth headset, the LG Watch Phone will allow for convenient communications with the luxury of wearing a stunning piece of jewelry and without the annoyance of having one more thing in your pocket."

However, the technicalities stop there, as the rest of the subsite is essentially a sales pitch.

Instead, the BusinessWeek blog says, "LG has crammed in a lot of state-of-the-art technology. The phone watch works on third-generation wireless networks, has a tiny camera for two-way video calls and a built-in music player. There's also a short-range Bluetooth transmitter so the user can make calls with a wireless headset. And because the screen is too small for a proper keypad, LG installed voice recognition software, allowing users to dictate text messages instead of typing them out."

And after being quite the buzz at the 2009 CES Show in Las Vegas, you can now sign up for instant notification alerts when the LG Watch Phone goes on pre-order or actually on sale.

Features not yet included: laser, zipline, fold-out satellite, blueprints of the moon, minibar.