Cash for Clunkers Lives On...But For How Long?

By Carol Tice
August 10, 2009
Opinions expressed by Entrepreneur contributors are their own. 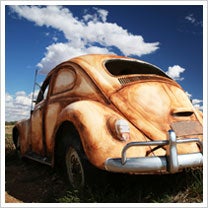 There's hope for those of you still hoping to get $4,500 for your old gas-guzzler under the new federal Car Allowance Rebate System (CARS). Though last week it appeared the program might be out of money, the Senate ended up pumping $2 billion more into CARS at the end of last week.

That may sound like a lot, but if you're interested inparticipating in this program, you shouldn't drag your feet. Thoughmany mainstream newspapers are reporting that the new funding shouldtake the program through Labor Day, CARS may not make it that far, even with the new cash infusion.

The first $1 billion of the program didn't last a week, and the program went into limbo for a week or so until the Senateauthorized additional cash. Simple math would say $2 billion more givesthe program perhaps two weeks more...which would mean perhaps until theend of next week. One factor that may make it last a bit longer: manydealers have sold most of their inventory of fuel-efficient cars that qualify for the CARS program. But still, the idea that the program will run all the way through Labor Day? It's iffy.
Before you visit a dealer, make sure they participate in the program, and that they've still got the car you want to buy.