How Big Papa's Is Building Its Fan Base

By Laura Lorber
December 8, 2010
Opinions expressed by Entrepreneur contributors are their own. 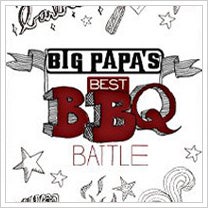 By dangling an exclusive event we're calling the Super Secret Supper Society in front of our audience, our intent is to grow our email list. People can learn the details of this "exclusive evening of beers and bones" only if they sign up as an email subscriber on Facebook.

To let people know about the secret event, we're promoting it with an in-store flyer, employees are telling customers, we're listening for online conversations we can jump in on, and we're dropping hints within online forums.

As an example, we're going where large groups of local beer lovers congregate online and letting them know how they can sign up for something they'll love: an all-they-can-eat-and-drink night of barbecue and beer. It doesn't feel like blatant promotion; it feels like something a good friend would tell them about -- and it's working. We've had 93 signups for this specific portion of the campaign in just two weeks.

Our second promotion allows people to Win Big Papa - a catered party at the winner's home and enough BBQ to feed an army of friends. Along with promoting this giveaway to our Twitter and Facebook groups on an ongoing basis, we're listening for lateral conversations that allow us to logically respond with a link to the promo.

Comment: "I don't know what to get my dad for Xmas."
Response: "How about a free catered BBQ party with enough food to feed an army of his pals? It's a win-win."

Comment: "Catering is so expensive for the holidays."
Response: "You could win your whole party catered for free - the best BBQ in Denver. Hungry?"

You might have read the opinions of other social media gurus who say to steer clear of stepping in on private conversations with marketing messages. We say, if you have interesting things to promote and you can find the audience for it, have at it. Just keep it conversational and light.

Those are the highlights nearly three weeks into our effort. But like any good social-media campaign, we're keeping things liquid and adjusting our strategy by the hour -- depending on reactions we do and don't get. Thanks for tuning in to our live experiment. More updates and insights to follow this week.