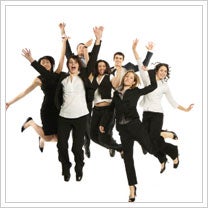 If the state of the current economy leaves you uncertain about the future, don't despair. Instead, take a good look inward and remember how you came to be an entrepreneur. After all, it appears that even when unemployment is on the rise, sales are on the decline and the dollar is, well, just simply degenerating, the spirit of entrepreneurship still shines through.

A new survey commissioned by Elance and Microsoft Office Live Small Business and conducted by independent research firm Decision Analyst collected insight from 600 small-business owners across the nation. The survey, released today, determined that nearly 90 percent of respondents would still prefer to start their own business rather than work for someone else, despite the economic downturn.

The survey also questioned small-business owners regarding their presence on the web. Here are the key findings:

So the next time headlines about our struggling economy give you the blues, find your spirit and continue onward. The entrepreneurial spirit is alive and kicking and simply can't be broken.