Ever Want to 'Unsend' an Email? Now You Can.

Pluto Mail lets you 'unsend' messages, edit unopened ones and choose a shelf-life for all your email transactions.

Ever send an email and immediately regret it? Or realize you've misspelled the recipient's name, and want to correct it? Or just don't like the idea of a catty remark about a co-worker sitting in a friend's inbox for all eternity? Is the inherent permanency of email crippling your style?

If you answered 'yes' to any of the above, Harvard Law students David Gobaud and Lindsay Lin believe they've cooked up a solution: Enter Pluto Mail, a free Web-based email service or, more succinctly, the Snapchat of email. (The name originates from the fact that Pluto's planetary status was doled out, and then abruptly rescinded – Similarly, "if you have second thoughts about something you said, our service allows you can take it back," explains Lin.) 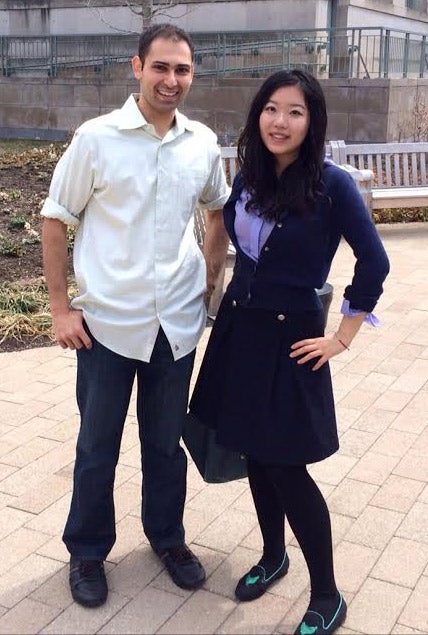 Thanks in part to Facebook fatigue, as well as growing concerns about data breaches and NSA surveillance, Gobaud and Lin believe that people increasingly want their online exchanges to mirror their offline ones: impermanent, untraceable and therefore less restricted. "People self-censor themselves online," Gobaud says. "But if you have a conversation with a friend in person, you're not worried that that it will follow you for the rest of your life."

Related: 5 Reasons Every Business Should be on Snapchat

Pluto Mail's central selling point is its ease of use. It's not really an email provider – you need to authenticate your main email address to sign up – which means the service isn't limited to Pluto's Web interface; it can also be used on email clients like Gmail, Outlook and Apple mail. Unlike encryption services, which need to be downloaded and installed by both parties, recipients aren't required to use Pluto or install anything for the service to work.

Similar to Snapchat, Pluto Mail allows you to choose when your email expires (although the options, of course, are far vaster). Do you want it to vanish ten days after you've sent it, regardless of whether it's been read? Five minutes after it's been opened? Two seconds after it's been sent, just to mess with someone? Because while you can delete emails after you've sent them you can't erase their subject lines from a recipient's account. Say you send an email to your friend with the title: Top Secret, and then delete the message before she reads it. The subject line will remain in her inbox, except when opened, the email will simply state: "This message has expired."

Like with Snapchat, Pluto Mail has an obvious loophole: if a recipient takes a screenshot of your email, it he or she can then save it forever. 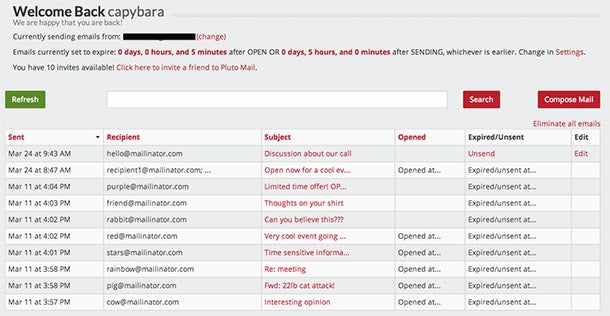 Dodge the screenshot scenario, though, and once your email is deleted, it's truly gone. "In settings, the user can turn on auto eliminate so that when an email expires, we delete it from our servers immediately," Gobaud explains. He insists that Gmail's servers don't hold onto the email either and that, after a maximum of three days, the email disappears from Pluto Mail's backup server. In other words, your email is truly and completely erased.

"From a security perspective," says Lin, "ephemerality can be very beneficial." While Pluto Mail has generated excitement among people like herself and Gobaud (i.e. the young and tech savvy), Lin says there's also been a lot of interest from small businesses who want more control over their ability to manage confidential information.

Both Lin and Gobaud predict a seismic shift – anticipated by Snapchat's popularity – in how we use and think about data. "There's a trend towards a more forgettable internet," Gobaud says. "Humans don't have perfect memories. Computers do. And I don't think a world of perfect memories facilitates natural communication between people."