Hey, we've all had unwanted emails from undesirables plaguing our inbox. Now Google is doing something about it.

For its Gmail web service, the company just announced a "Block" feature, which allows us to "Never see messages from this person again," says Sri Harsha Somanchi, a product manager at Google's Gmail.

To block a sender in your Gmail tap the pulldown arrow to the right in your email. The menu displaying the option to "Block" will appear. 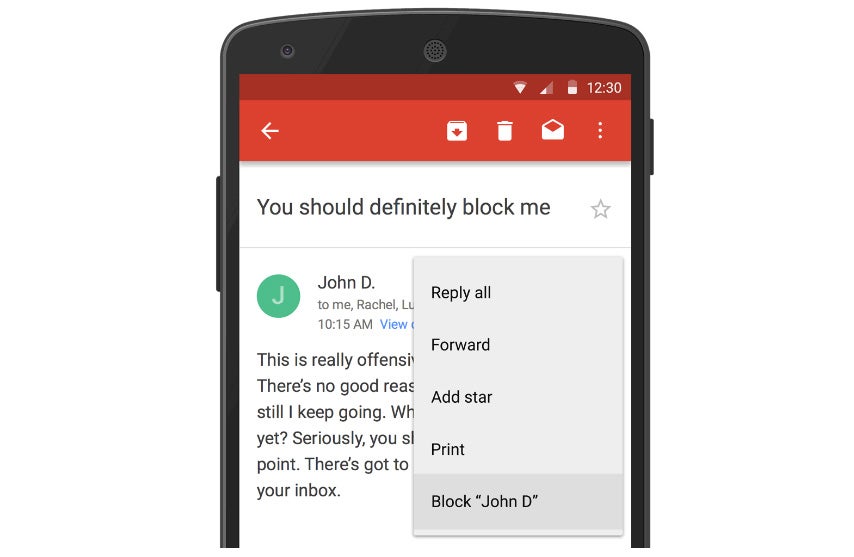 "Until now, you could only report an email as spam in Gmail," says PC magazine. "If you took this action more than once, it would essentially function the same as blocking a sender, but there was no easy way to just block someone with the press of a button."

Should you have a change of heart, you can always "Unblock" the sender's email under "Settings."

The new feature -- which will roll out next week on Android -- is just the latest push to allow Gmail users more control over email. In June, the company rolled out the "Undo Send" function to everyone, provided a much-needed function for any user who has, at one time or another, unwittingly hit the "Send" button -- much to his or her regret. Coming soon, Gmail users will also be able to "Unsubscribe" from mailing lists on their Android. 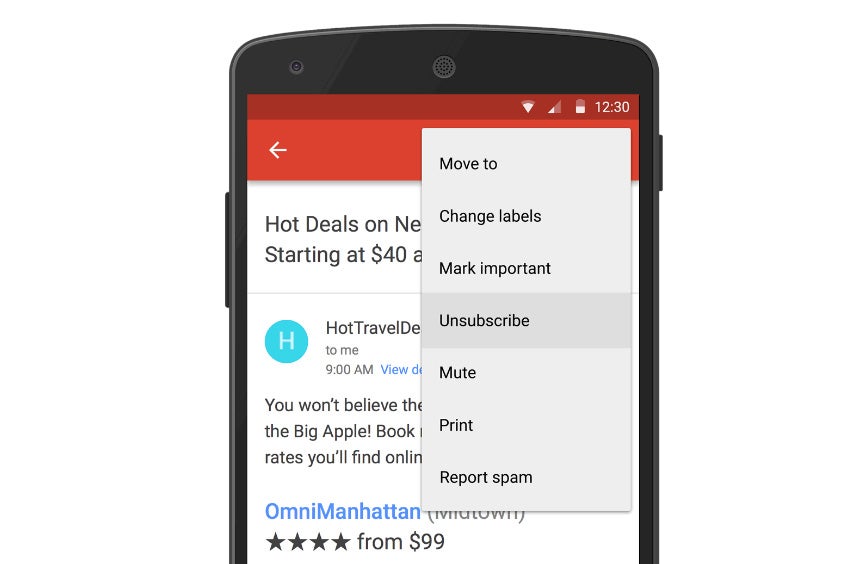