By Emily Price
May 12, 2015
Opinions expressed by Entrepreneur contributors are their own.

Samsung is obsessed with the Internet of Things (IoT). So much so, the South Korean tech giant says that by 2020, every Samsung digital device will be a connected one.

To help push forward with that goal, and IoT in general, Samsung announced a trio of production-ready modules on Tuesday to be used in connected devices. Called Artik, they'll be used in everything from wearable fitness devices to things like home servers and smart machines. They will be able to help entrepreneurs create IoT devices much faster than they would be able to do on their own, according to the company. 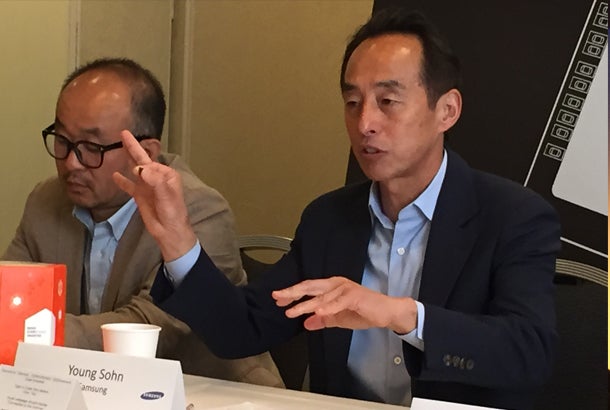 Related: Out of the Loop on the Internet of Things? Here's a Brief Guide.

Often, IoT companies would custom-build the modules on their own by offering a solution like Artik, Samsung is essentially cutting out a step of the process and reducing the amount of time required to develop a high-tech connected device.

Artik is an open platform, and while it will be used in some of Samsung's consumer products it can be used by any company looking to create a connected device. The platform will be available in three different sizes -- Artik 1, Artik 5, and Artik 10 -- to fit a variety of different devices and use cases. It ships as a complete package with a processor and on-board memory, as well as integrated software and embedded hardware security technology.

Samsung says the Artik 1 is the smallest IoT module form-factor available on the market, measuring just 12mm x 12mm, or about the size of a ladybug. The tiny chip connects via Bluetooth low-energy, and is designed to be used in things like smart bands and activity trackers. It packs a 250MHz dual-core processor, 9-axis motion sensor, and 4MB of flash memory.

Related: IBM Says It Will Invest $3 Billion in 'Internet of Things' Unit 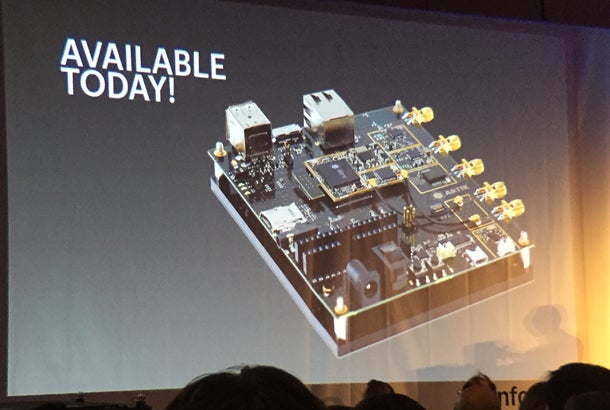 Image credit: Emily Price
The Artik 5 is about the size of a quarter and is designed to be used in things like drones and IP-based cameras. It has a 1GHz dual-core processor, 4GB flash memory, and has its own built-in video encoder and decoder. It can connect to your network via Wi-Fi as well as Bluetooth.

The Artik 10 measures about an inch tall and packs some of the same power you'd find in one of Samsung's high-end smartphones, with a 1.3GHz octacore processor, 16GB of flash memory and an HD encoder and encoder. Samsung sees it being used in media hubs and home servers.

The developer kit with the Artik 10 inside will be available starting today.

IoT isn't a new goal for Samsung. In August of last year it acquired smart home company SmartThings, and at the Consumer Electronics Show this January it made a commitment to connect at least 90 percent of Samsung devices by 2017, less than two years from now.

"As an industry we must join together to use the power of IoT to address challenges posed by issues such as aging population demographics, water shortages, increasing traffic congestion, pollution and major health issues," Sohn said. "We need to create powerful open platforms that will harness the information generated by IoT to develop new insights and new approaches to meet the challenges we face as a society."

Related: The Internet of Things Will Have Arrived When You Don't Even Notice It's There