In a bizarrely effective marketing campaign, the cult-favorite writer refused to disclose anything about the short story he was selling and gave away unrelated '90s action figures with changeable arms. His more-than-400,000 Twitter followers ran with the joke, and somehow it all makes perfect sense.

"Don't write mean stuff," Shea Serrano says, laughing as we wind down the phone interview. "Don't say, "This is the dumbest thing I've ever heard.'"

The New York Times bestselling author understands better than anyone how his latest entrepreneurial venture sounds, which he first announced on his Twitter account in William Carlos Williams-like fashion:

a new short story is coming

i'm not telling anyone what it's called or what it's about

you gotta preorder it blind

Imagine pitching an investor on a product about which you refused to disclose a single detail. They'd assume it was a scam, right? But Serrano has earned the trust of his Twitter audience (411,992 people, as of this counting) with an authentic social presence and a history of fundraising for followers in need. As a star staff writer at The Ringer and author of bestsellers Basketball (and Other Things) and Movies (and Other Things), he also understands the current publishing landscape and what makes readers invest time into reading a new story.

"Really," Serrano says, "I can't remember a time I read the synopsis for a short story or a book and was like, "Oh yeah, I'm going to buy this now.' Usually, I just bought it because it was by somebody that I had already heard of or was recommended to me by somebody else whose work I liked."

Clearly, Serrano's audience agrees. His short story, which is out today, has consistently reached 100 preorders a day since preorders opened February 15, and the author says he is already halfway to his total sales goal.

For the record, the project does have a name. Serrano tells me Angel: A Short Story of Ruination (the title he debuted after one week of preorders) is the 3,000-word story of a difficult conversation between a Houston boy and the girl he's fallen in love with. In the Twittersphere, however, that synopsis has hardly been mentioned in comparison to a far more eccentric and esoteric marketing choice: A giveaway of the action figure Angel from the late-"90s and early-aughts television series, Angel, which Serrano found with his sons when visiting a local San Antonio comic books store. Its only connection to the short story lies in the name, "Angel." And while Serrano asked me not to write that "This is the dumbest thing I've ever heard," he himself calls the action figure prize "the dumbest giveaway." Many of the short story buyers didn't even want to win it.

When asked whether he might have gotten more preorders with a traditional marketing campaign, Serrano admits, "Maybe we sell an extra two or three hundred [copies]. But, it wasn't worth spoiling the joke." That joke is all-encompassing and wholly self-aware, from the blind preorders to the ridiculous giveaway.

Serrano is dedicated to the bit. Consider this: Since he takes on the production cost of his short stories himself, hiring a team that includes an artist for the cover art, an audio engineer for the audiobook and an editor for the story. He's then entitled to keep the profits for himself. So when Serrano says that an extra 200 or 300 copies wasn't worth spoiling a joke — and a copy costs between $10 and $20, depending on whether you choose to get the audio version, too — he's talking about a figure somewhere between $2,000 and $6,000. 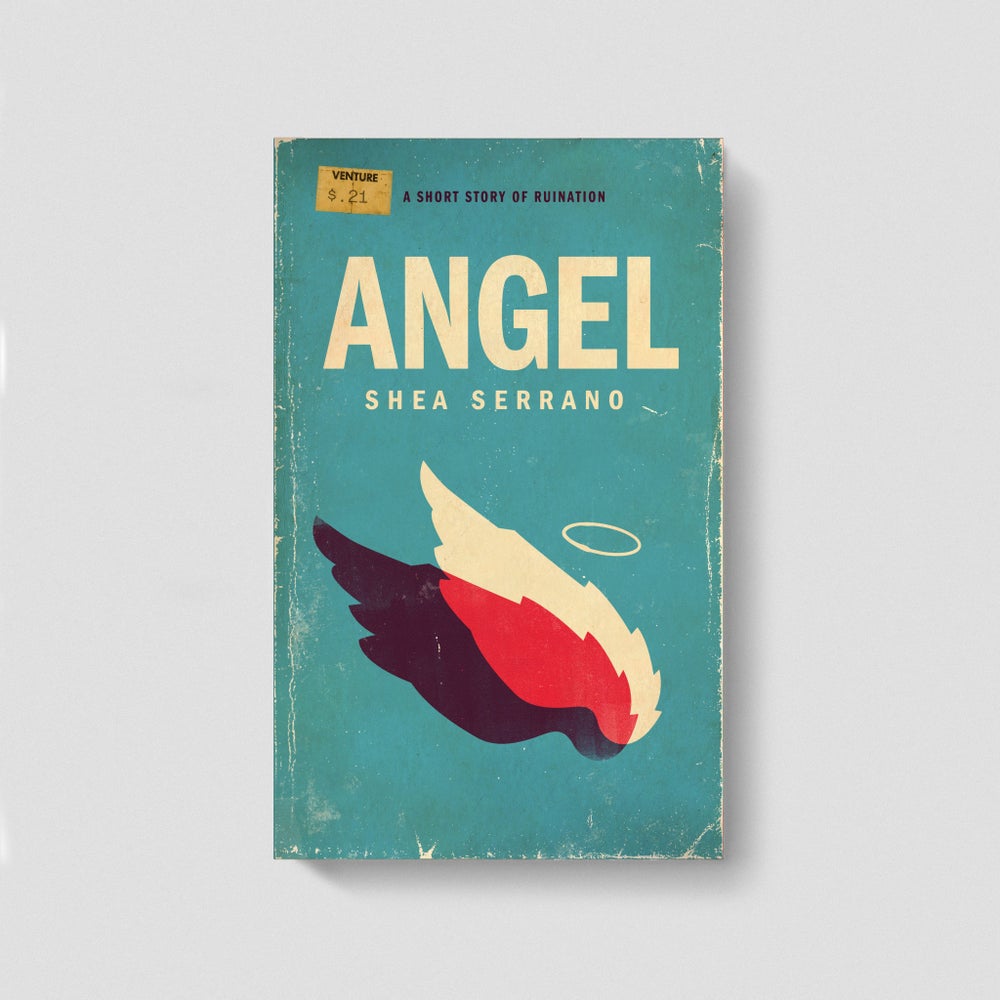 Of course, Serrano is no stranger to running off potential customers. The man who calls himself "just a Mexican with an internet connection" was a loud critic of President Trump's administration, even when it affected his Twitter account. "I could see the follower numbers dropping off," he says of the times he tweeted his thoughts about the former president. "That's always a risk, I guess. But ultimately, we're doing okay without you." While shrinking your business due to personal opinions might be antithetical to traditional business tactics, Serrano doesn't care. Nor does he view his most recent venture as anything so formal as a "strategy" or "tactics."

"I wish that I had a better or more thoughtful answer," he says of the decision not to disclose his short story's title or synopsis for the first week of preorders. "Really, I just thought it was funny."

His audience gets it. "I think everybody at this point feels like they're in on the joke with me. That's been my favorite part of all of this: It's funny because we're all doing it together, and we're not explaining anything to anyone. Before I posted it online, I sent the cover to six or seven hundred people individually, and nobody leaked it. Not one person posted it. And I just thought that was the best thing in the world."

The customer loyalty doesn't stop there, either. Because Serrano's self-published works are formatted as downloadable PDF files, they can be shared easily, for free, with anyone. In the past, some people who have received a PDF of one of Serrano's stories from a friend or family member have simply sent him the cost of the work directly, making sure he receives payment for his art even if he'd never have been the wiser.

i'm really excited at how stupid this is

In turn, Serrano reinvests some of the profits back into his audience for future artistic endeavors. He turned the money from his first short story, Post, into what he calls "pretend publishing company" Halfway Books. Created to address the lack of diversity in publishing U.S. houses, Halfway Books paid five writers of color to create short essays about some of their favorite rap albums. "It was going to be pretty expensive — you know, $20,000 or something like that. So I said, "How do I get the money for that? Oh, I'll sell this short story, and then use the money from that.' He says he plans to use the profits from Angel to create a similar-but-unrelated venture.

Serrano may not see his choices as strategic, but his not-a-strategy of building trust and a genuine relationship with some 400,000 people is clearly working. He says, "I think building up a following is like a thing that only works if you're not trying to build up a following. That's never the main goal." Even as his reputation as a writer has grown, Serrano hasn't become a brand so much as a friend — a digital friend you can speak with every day, the sort who could recommend a good story to read. He has become both the manufacturer and the social proof of his products: His presence on a project, or simply his approval, is enough reason for his followers to purchase or preorder.

Unconventional as his approach might be, the title of the short story simply isn't as important as the name attached to it. Serrano's audience will be there, ready to devour his next project whenever the Angel profits allow him to pay for it.

When I ask him to give me a hint about this secret project, he just laughs. "No, I'm not going to tell you that."