These companies are proof positive that funding is available -- and not just from family and friends.
Next Article

This book gives you the essential guide for easy-to-follow tips and strategies to create more financial success.
December 23, 2010 min read
Opinions expressed by Entrepreneur contributors are their own.

Despite all the talk about investors keeping their wallets shut tight, companies are securing venture-capital funding. Here is a sampling of businesses that have recently attracted the interest and backing of venture investors. 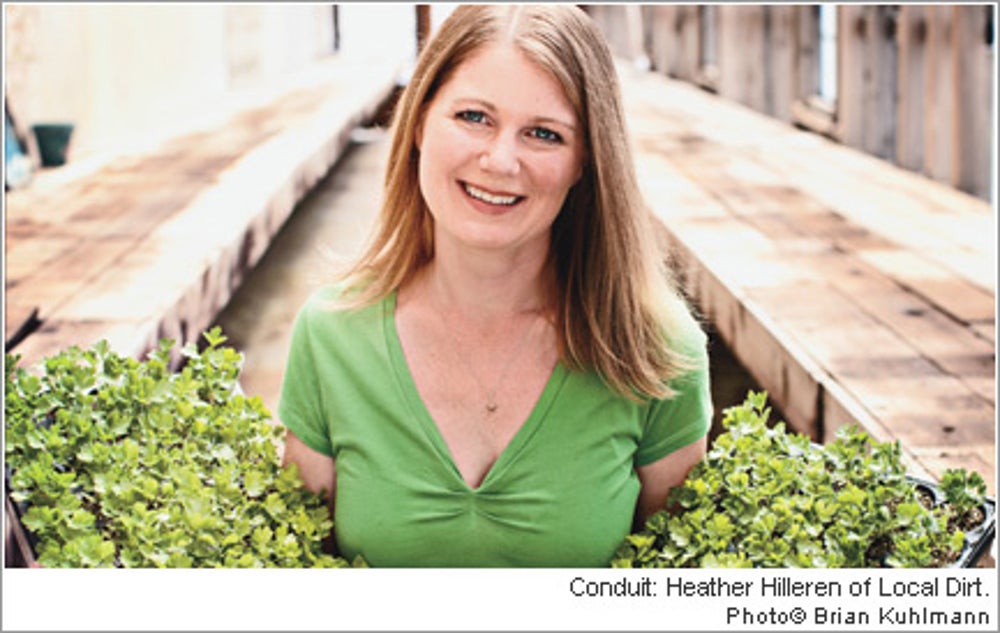 Working at Whole Foods Market, Heather Hilleren saw lots of fresh produce go to waste. It drove her crazy when the retail giant, which prided itself on working with local farmers, had trouble finding and buying from them. In 2005, while completing her master's degree in business administration at the University of Wisconsin Business School in Madison, Wis., Hilleren developed Local Dirt, an online interface to facilitate buying between local farmers, distributors, cooperatives, retailers, restaurateurs and individuals.

In 2010, Local Dirt raised about $1 million in venture capital from San Francisco-based O'Reilly Alpha Tech Ventures and Boston-based Peak Ridge Capital. Hilleren's ability to build a robust site in a frugal manner made her company an attractive investment. 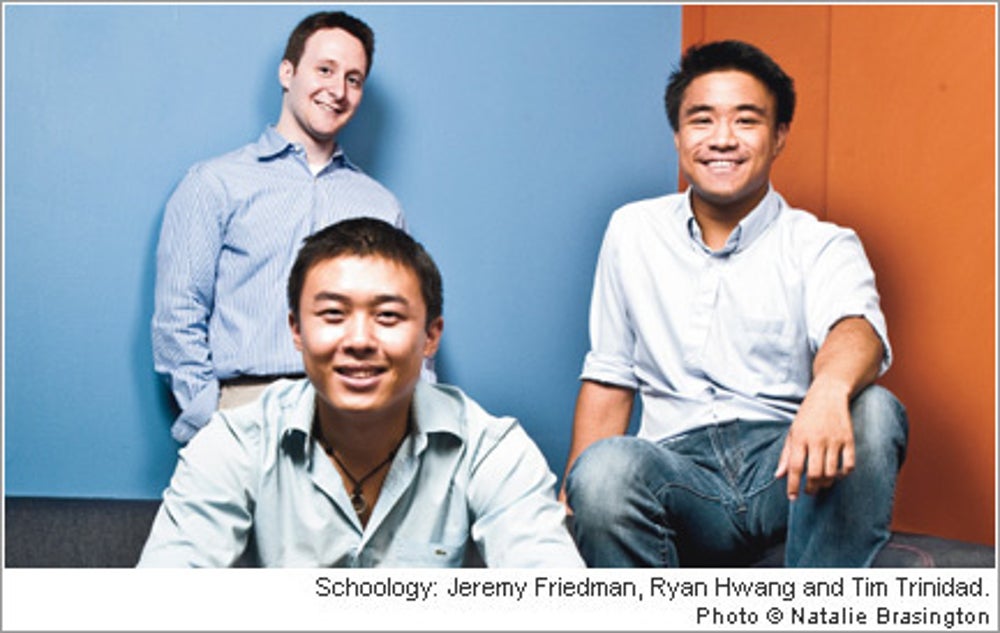 Imagine a world where teachers and professors use platforms like Facebook to communicate with students. That's the concept behind Schoology.com, which offers a full suite of "learning management" tools designed to use social media to facilitate classroom interaction. The platform was created by three 23-year-St. Louis-based Washington University alumni: Jeremy Friedman, Ryan Hwang and Tim Trinidad. After its commercial release in 2009, there was an immediate demand for more functionality, which meant the team needed money.

Related article: The Rise of the Virtual Classroom 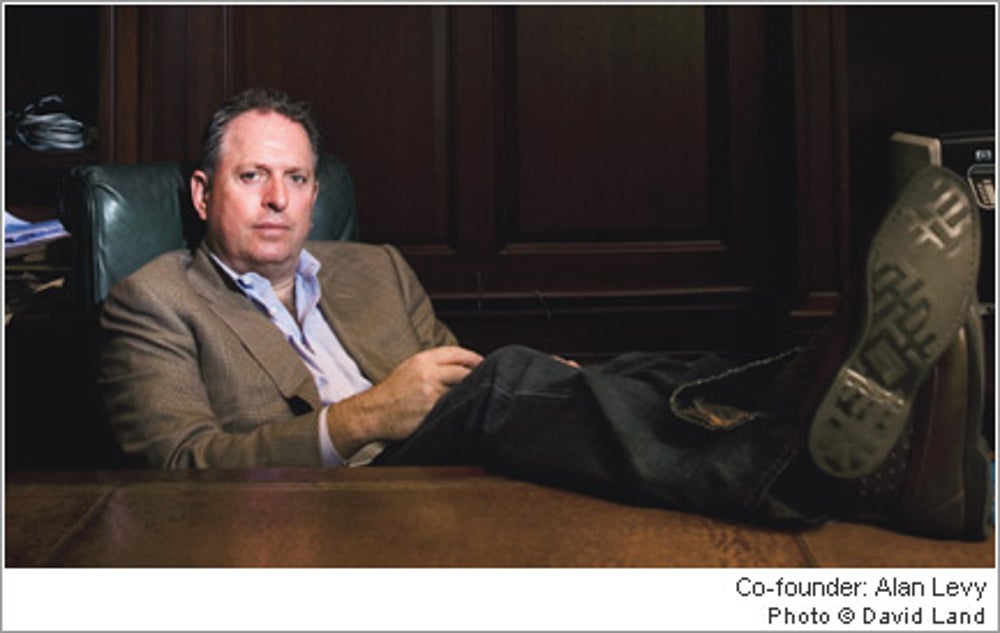 Alan Levy thought it would be interesting to let bloggers -- or anyone, for that matter -- host their own talk shows using the phone. So he teamed up with co-founder Bob Charish to launch BlogTalkRadio in 2006. Two years later, the two began hunting for growth funding and landed on The Kraft Group in Foxborough, Mass. Director of venture investments, Steven T. Schlafman says he saw BlogTalkRadio's potential to create a radio market niche that traditional radio had ignored. Between 2008 and 2010, Kraft helped BlogTalkRadio raise $6.5 million in venture funds.

"Our thesis was that terrestrial radio, at some point in time, won't be nearly as powerful as it is today," Schlafman says. 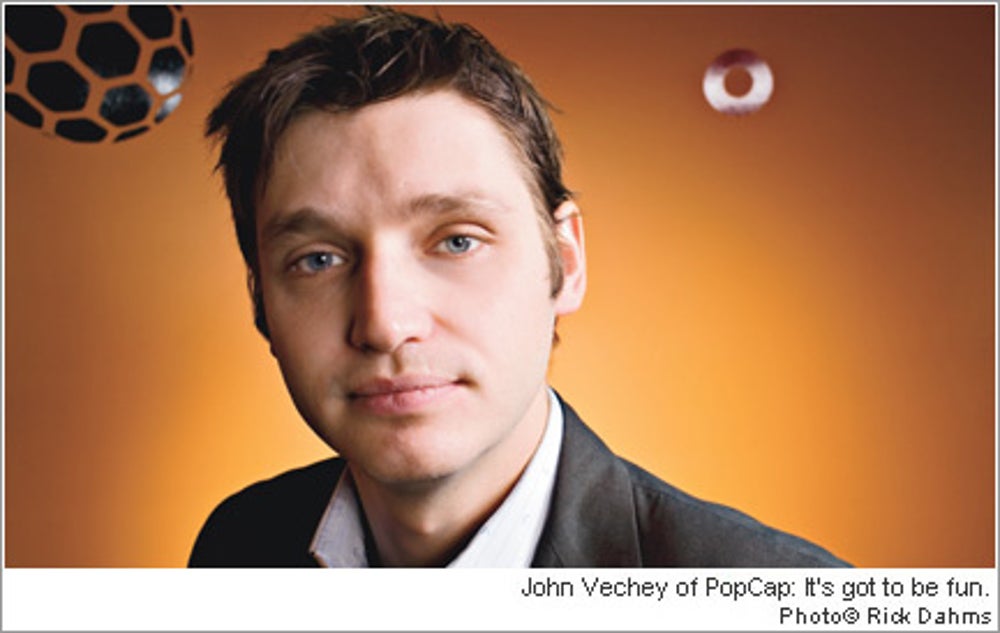 
If you want to be the "Pixar of the gaming world," you have to kill lots of projects, even when staffers have devoted lots of time to them, according to John Vechey, co-founder of PopCap Games. That's exactly the kind of ethic that attracted Rob Ward, a managing director at Meritech Capital Partners in Palo Alto, Calif. Ward and his team had been studying the gaming space for five years, but hadn't pulled the trigger on any deals. But in PopCap, they saw a streak of successful games and big potential in retail stores, various formats online, in mobile devices and on desktops. 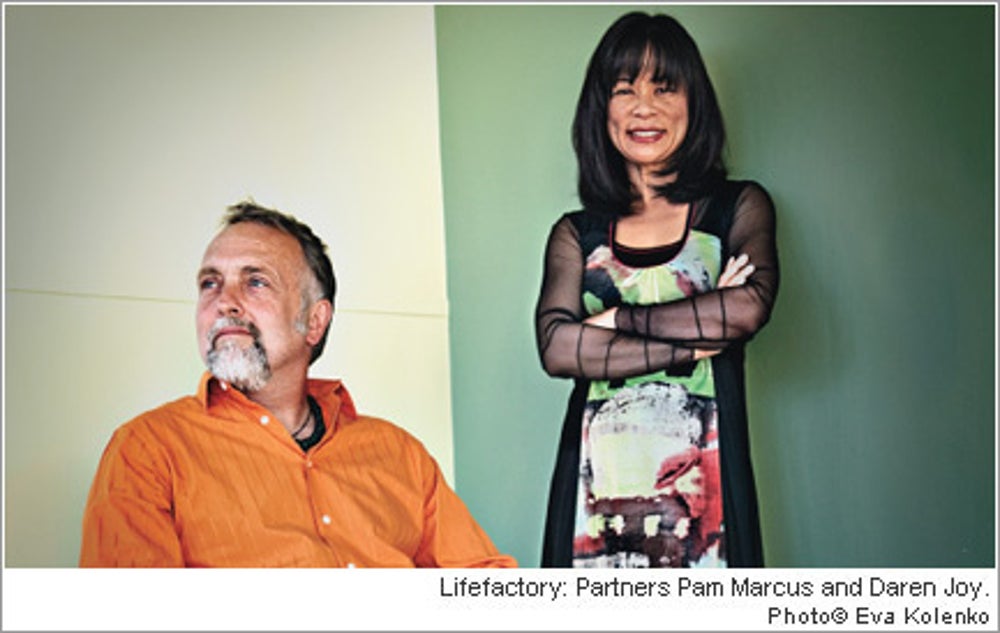 
Pam Marcus spent 16 years as a feeding specialist in neonatal intensive-care units. The plastic bottles she used to feed the babies bothered her. "I started reading some articles about the dangers of plastics and felt there was too much disposable plastic in the hospitals," she says. In 2005, she teamed up with architect and designer Daren Joy, to create a glass bottle with a silicon sleeve, sans toxins such as Bisphenol A (BPA), phthalates, polyvinyl chloride (PVC) and polycarbonates. They started with $750,000 from friends and family. The company's success despite the recession got the attention of Peter Henig, partner at Sausalito, Calif.-based Greenhouse Capital Ventures and, in April 2010, Lifefactory raised $1.65 million in venture funding.

"We were lucky to find a fund that got our story and was interested in investing in us at such an early stage," Marcus says. 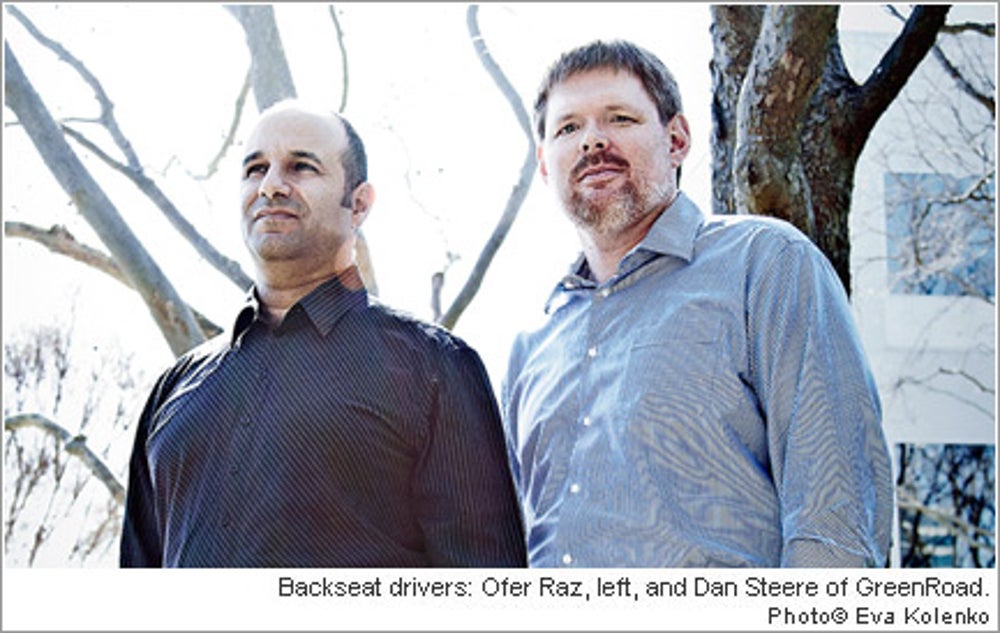 After nearly being run off the road by a teen driver, Ofer Raz teamed up with friend Hod Fleishman to try to predict which drivers were more likely to be involved in crashes. This research became the catalyst for GreenRoads, which launched in 2003 to work with companies and individuals to reduce crashes, improve fuel economy and reduce environmental impact. GreenRoads secured $25 million in venture funding in 2010, bringing its venture investment total to $50 million. Palo Alto-based DAG Ventures was impressed with the ability for GreenRoads to demonstrate a clear return on investment for customers.

"Within a year, their customers see a reduction in crash, fuel and emission costs that more than pay for the service," says Nicholas K. Pianim, a DAG Ventures managing director. 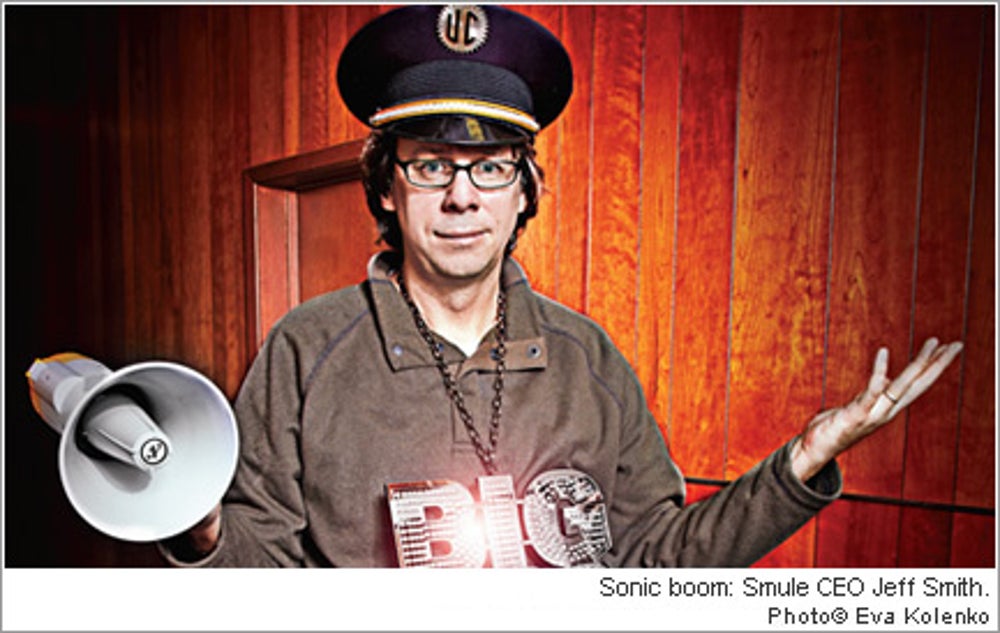 When Shasta Ventures of Menlo Park, Calif., contacted Palo Alto, Calif., app developer Smule Inc., in 2009, the company had just closed $3.9 million in growth funding. Chief executive officer Jeff Smith and co-founder Ge Wang were polite, but not really interested. The way Smith saw it, the more money you had, the more you wasted. "I don't like having a large balance sheet in general," he says. "It scares me." Still, the Shasta partners impressed him and Smith eventually decided that a strong balance sheet would send a message to competitors and reduce a reliance on bank loans. Shasta led Smule through an $8 million funding round in December 2009. 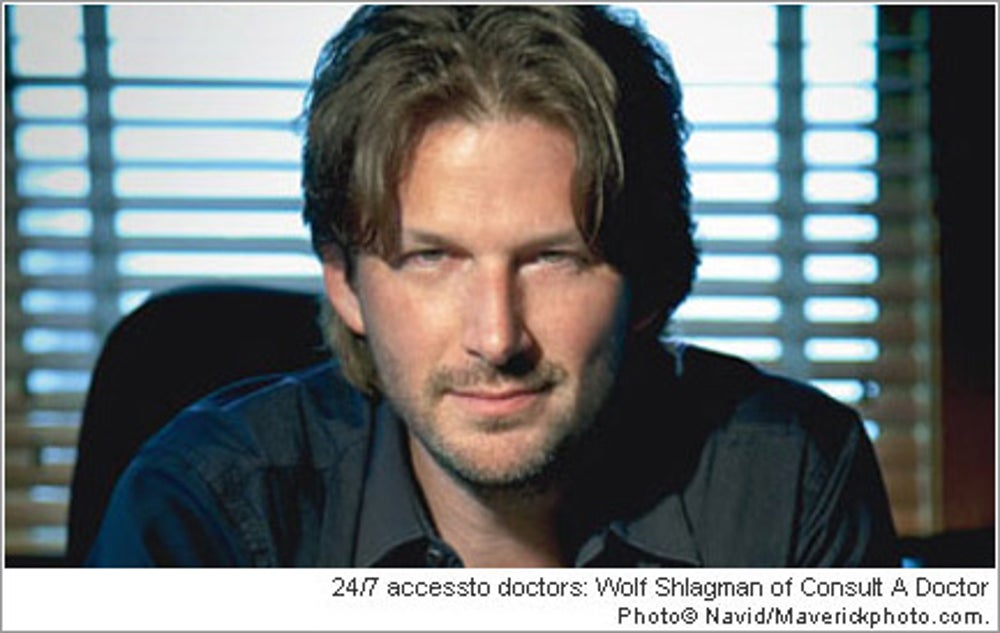 In 2007, the National Center for Policy Analysis reported that 55 percent of all emergency-room visits weren't emergencies. The center found that people were using emergency rooms for primary-care access in part because physicians weren't available by phone or e-mail outside of the office. CEO and co-founder of Miami-based telemedicine company Consult A Doctor, Wolf Shlagman, says these problems are the type of issues his company was designed to solve. The company, which launched in 2007, works with brokers, self-insured groups, third-party administrators and other healthcare providers to offer patients 24/7 access to doctors via phone and e-mail. In February, it raised $5 million in venture funding.

These Are the Ten Best Performing Hedge Funds