Vanessa Voltolina
December 7, 2012 min read
Opinions expressed by Entrepreneur contributors are their own.

As the holidays approach, business owners will be looking for affordable ways to make this year's office bash better than ever. These 10 gadgets might be exactly what you need to boost both the fun factor and employee morale. 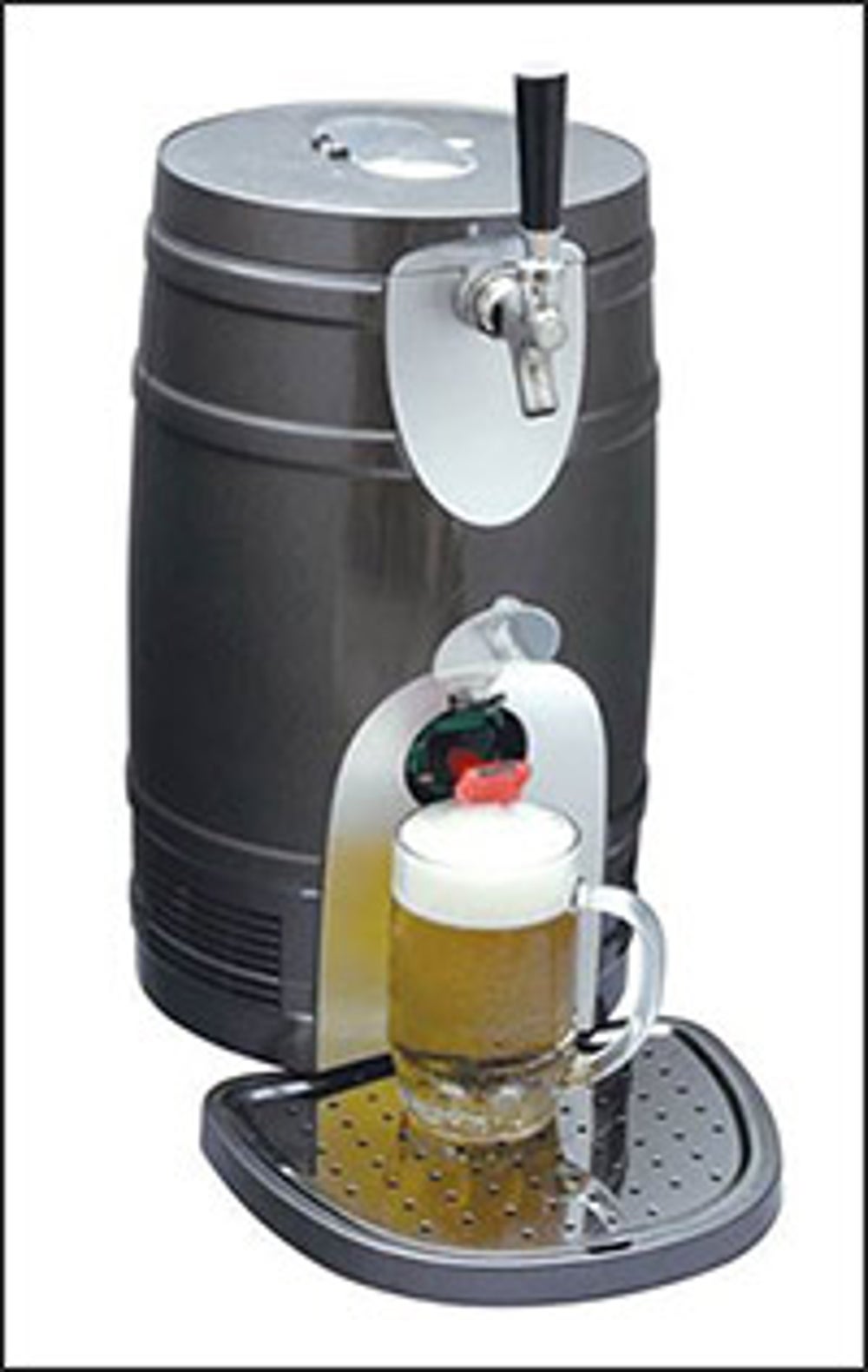 Who hasn't been wishing for one of these bad boys at the office? Not only is a kegerator perfect for the next in-office happy hour, but beer coolers may encourage the 9-to-5 set to stay a few minutes longer and mingle.

Take the Koolatron Kool Beer Cooler, for example. This tap-style beer dispenser holds up to five liters of draft beer -- about 10 beers or a mini-keg's worth. It also has a thermoelectric cooling system that chills beer to icy perfection.

To give it an extra techy edge, consider pairing your kegerator with a free drink tracker app such as Kegbot. It can get everyone hooked watching beer supply levels dwindle and keeping tabs on who's drinking how much. 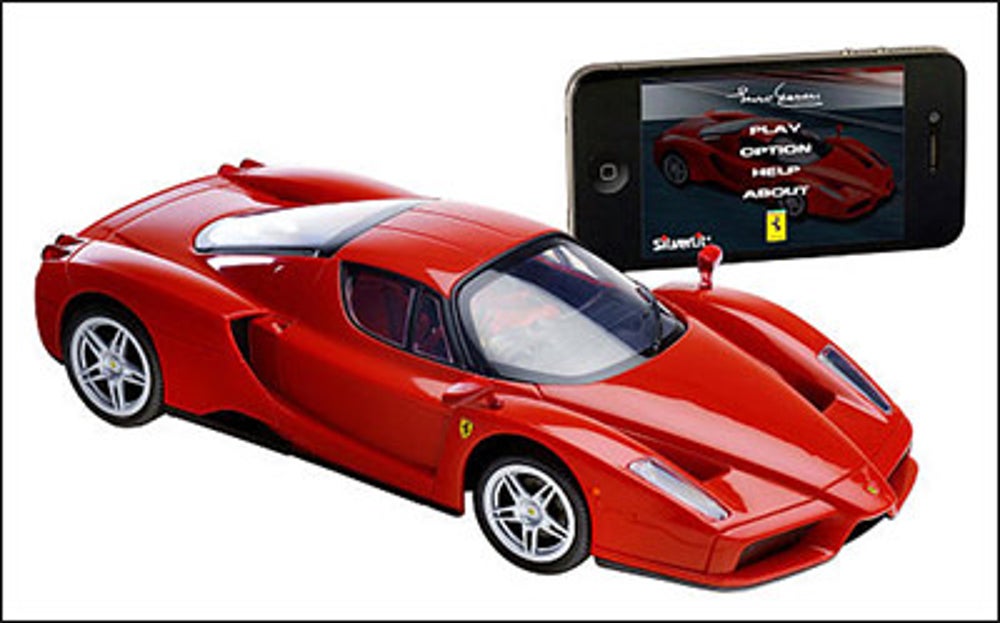 Anything remote control is two thumbs up for office fun, especially when it's a mini-replica of an iconic ride. Enter the RC Ferrari Enzo. This isn't your standard remote control car: Users control it using an iPhone, iPod touch, iPad or Bluetooth.

With an engine you can hear rev up, the RC Ferrari Enzo can reach speeds of 10 mph. Use it to wirelessly deliver messages to employees or blow off some steam with a Formula One drag race after hours or during coffee breaks. 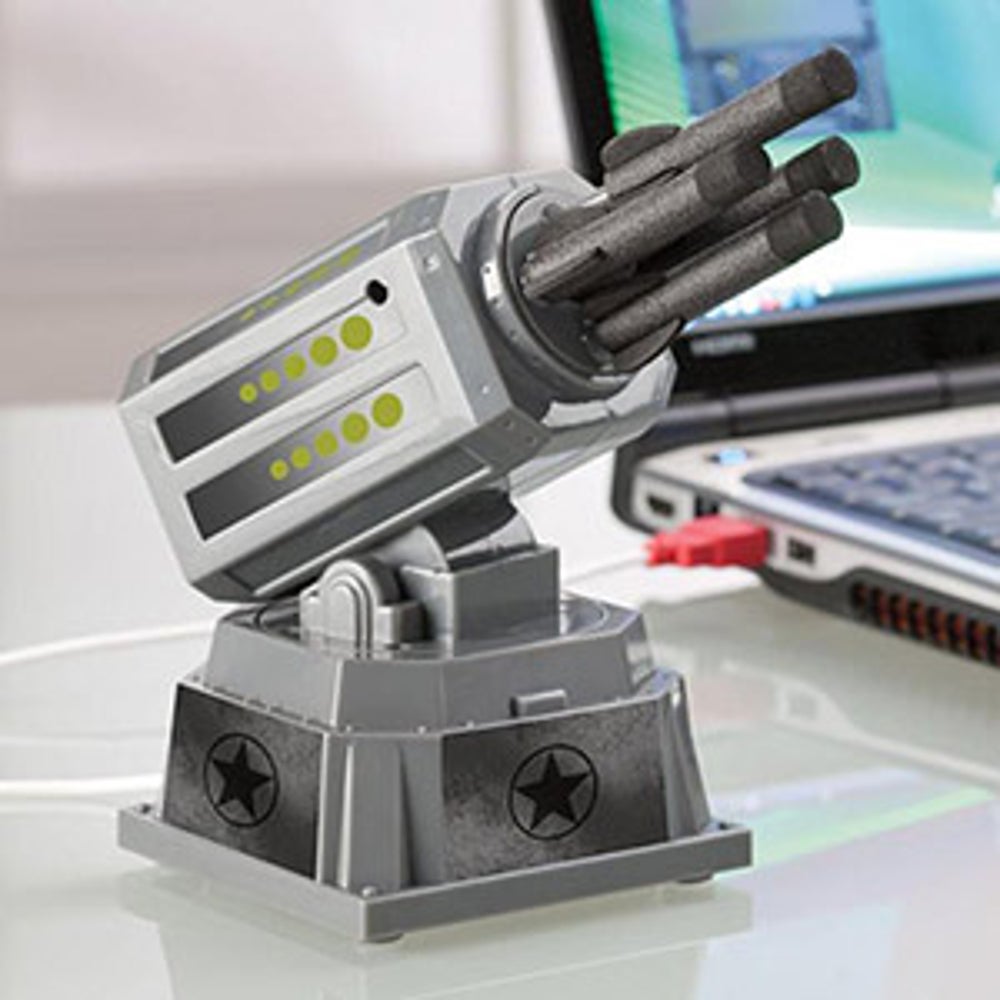 This desktop model can launch foam missiles up to 25 feet and plugs into a PC or Mac via a USB port. It comes with a built-in webcam and online controls, meaning users can track their targets from a distance and surprise passing coworkers with missile fire. 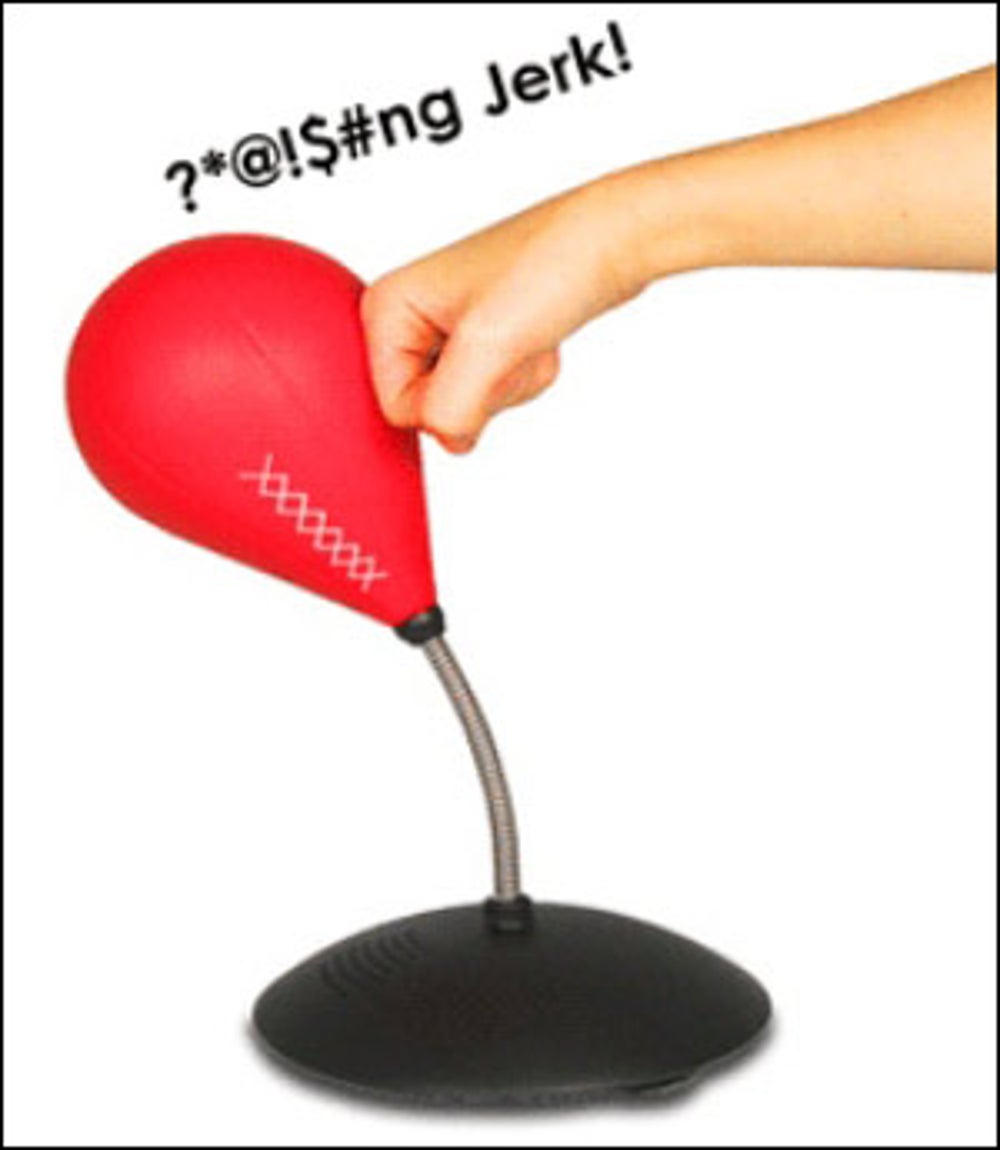 To blow off steam or just for fun, employees can take a swing at this very vocal desktop punching bag.

Upon contact, it will scream one of four frustration-reducing phrases in a squeaky chipmunk voice. Be warned: it's probably best to use this when people who are easily offended by colorful language have left work for the day.

A wine and beverage cooler 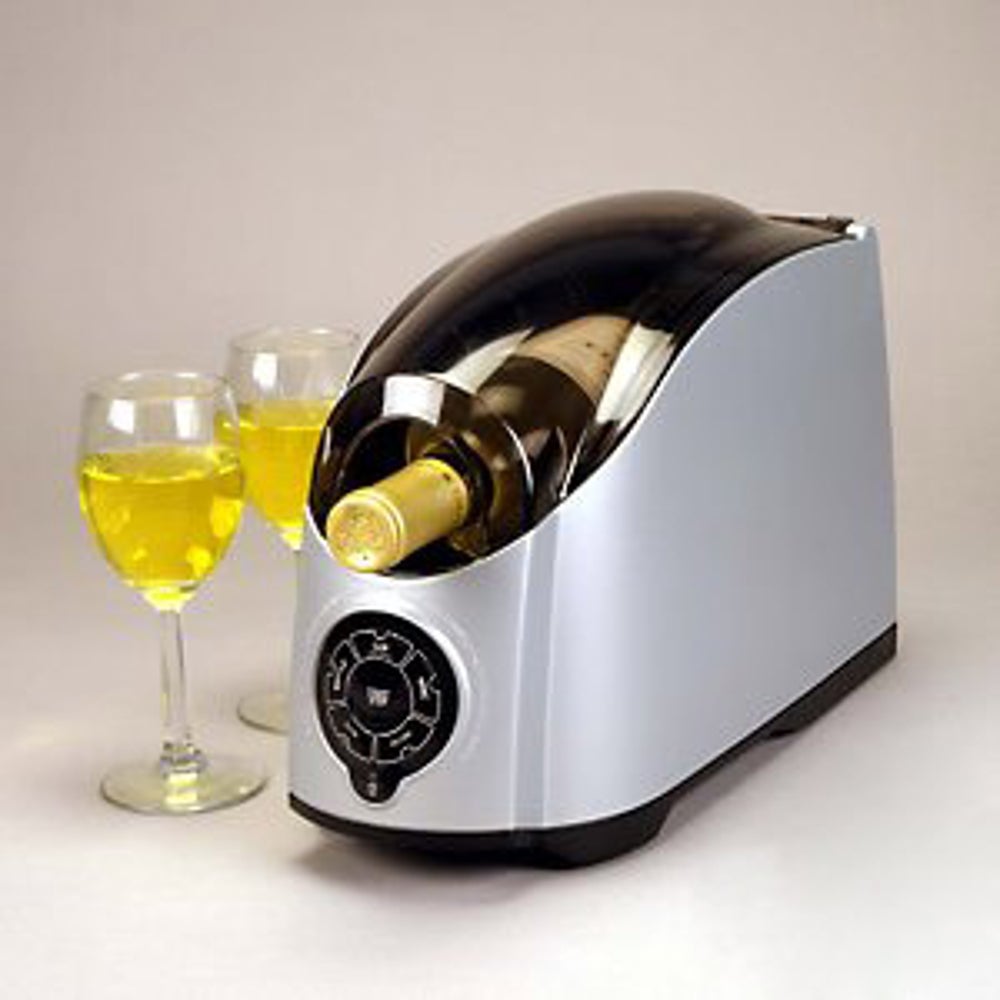 We'd be remiss to have a kegerator on our list without a nod to our oenophile friends.

One choice is the Cooper Cooler Rapid Beverage and Wine Chiller, which can cool beverages 90 times faster than a fridge. Room temperature wine bottles get cold in less than six minutes, while soda and beer become frosty in just one minute.

And not to be outdone by Kegbot, Cooper Cooler owners can use iPhone apps like Hello Vino to obtain recommendations on the next bottle worth speed chilling. 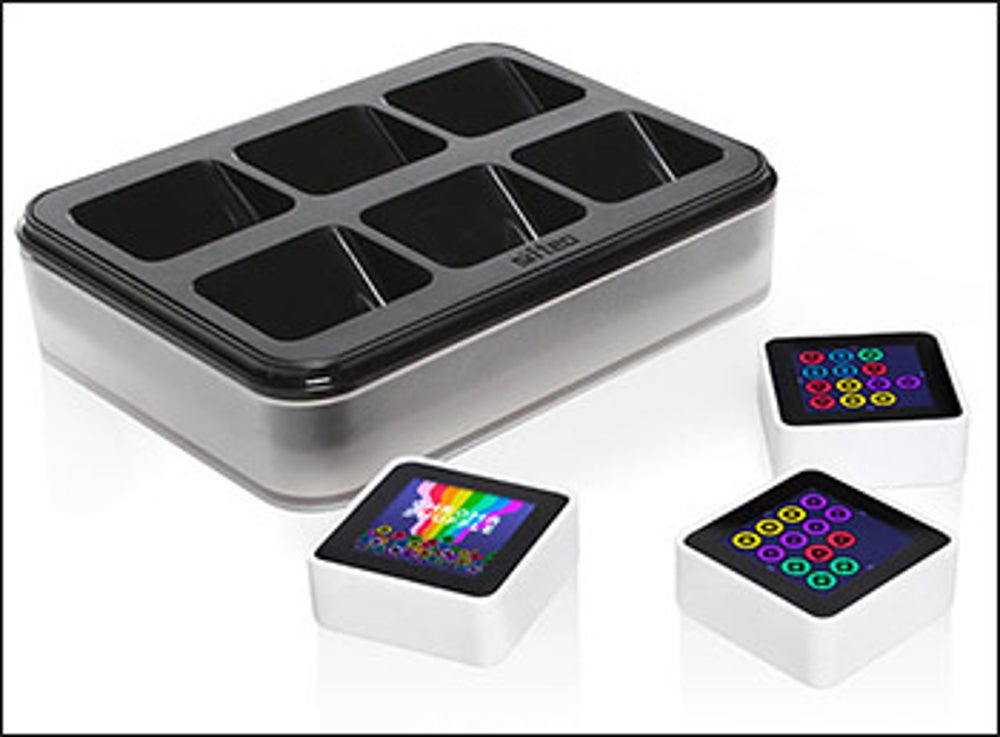 Add a spark to a painfully boring conference call with the Sifteo Interactive Gaming Cubes. These pocket-sized games -- which run the gamut from puzzles to word and adventure challenges -- can be incorporated into a team-building activity or simply used as a work break for the brain.

The set of six puzzle games uses smartphone-like touch sensitivity and Nintendo Wii remote motion-sensing capabilities to connect wirelessly to a computer. Cubes can be used up to 20 feet away from a desktop computer and connect to each other to create a larger play space.

For super tech-savvy workers or those with a programming background, the cubes include a kit with tools for creating personalized game code. 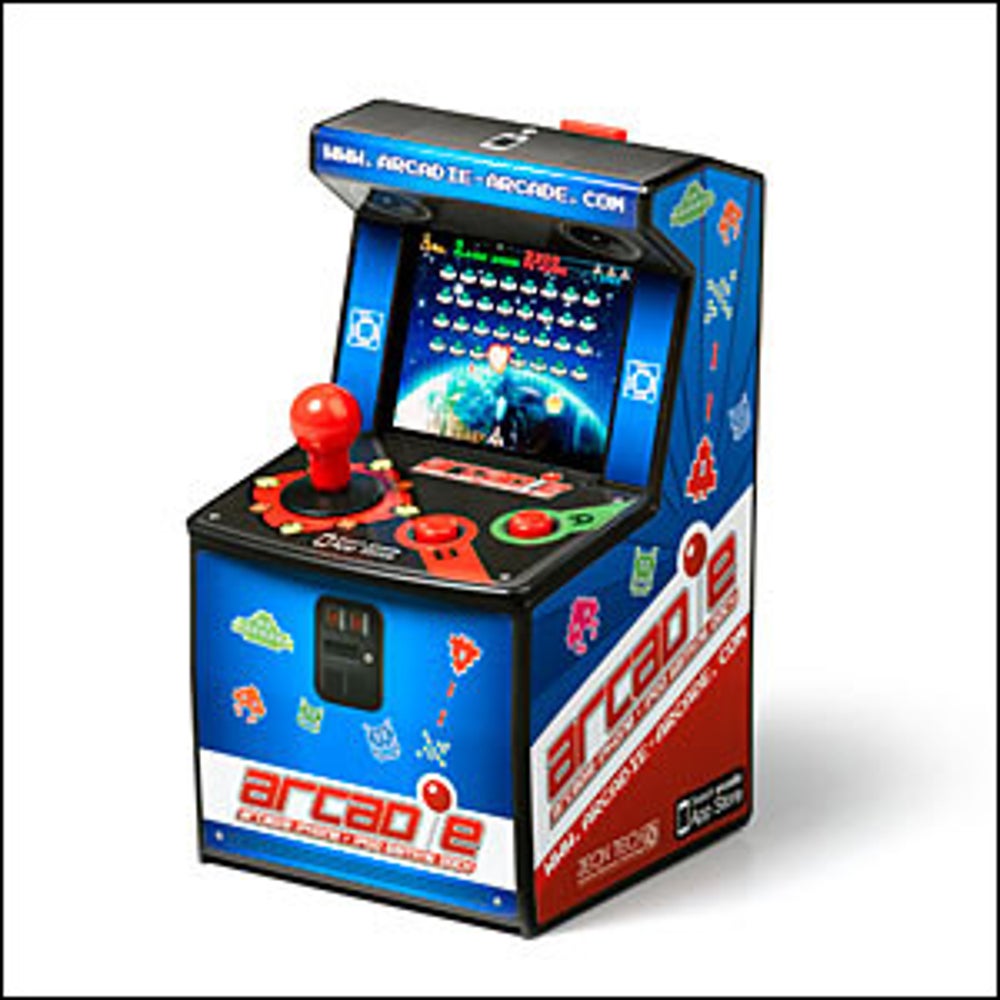 Blasteroids. Alien Invaders. The arcade games of yore can be played in your office with the Arcadie Desktop Arcade.

The miniature arcade is designed especially for iPhone (3G, 4, 4S) and iPod (3 or newer). Pop one of those devices into the connector dock (no batteries needed), load up an Arcadie-supported app and play.

Don't be fooled by its small size: The 4:3 ratio screen looks like a real arcade. Rubber bumpers protect the screen while it's docked in case competitive officemates get rowdy operating the joystick. 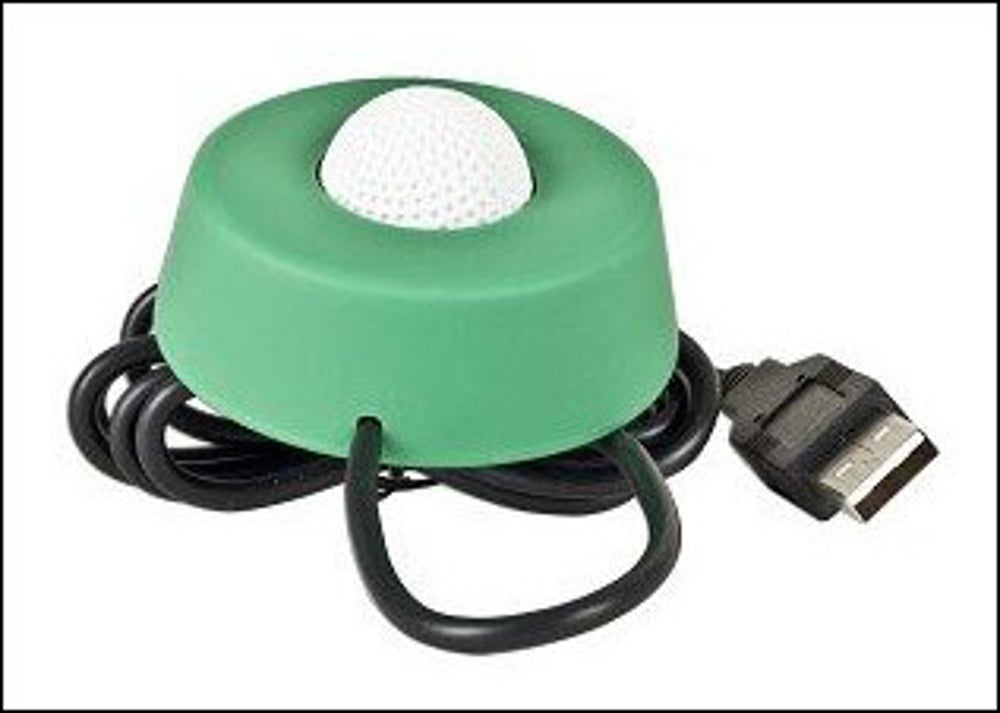 To unwind from the grind or to help those guilty of fidgeting, the USB Fidget Golf or Basketball game can be a fun solution.

Tapping the basketball or golf ball on the controller helps keep the on-screen ball in play, boosting the solo relaxation quotient. The slightly retro, yet super-addicting toy can also help initiate office sports challenges with its three game modes. The gadget comes with four feet of cable and requires a computer USB port. 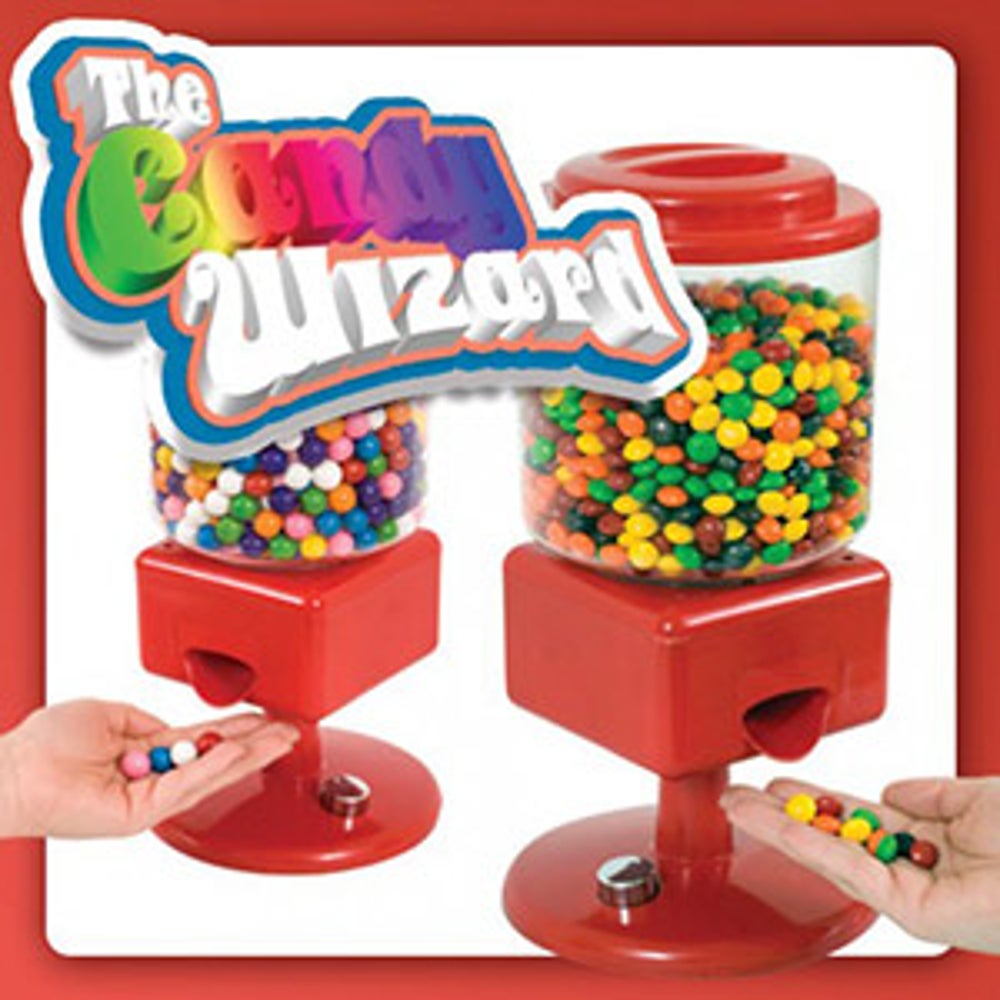 Know that person in the office with an unlimited supply of candy who's ready to share with everyone? This gadget is for him or her.

Resembling an old-fashioned candy machine, the Candy Wizard comes with a removable top that makes it easy to fill and adjust portion size. It's motion activated, so no coins are required, just four AA batteries.

Consider this your office's new water cooler, where employees can hang out and bond. Keeping it stocked can be a group effort, with people taking turns deciding what type of candy to fill it with next. 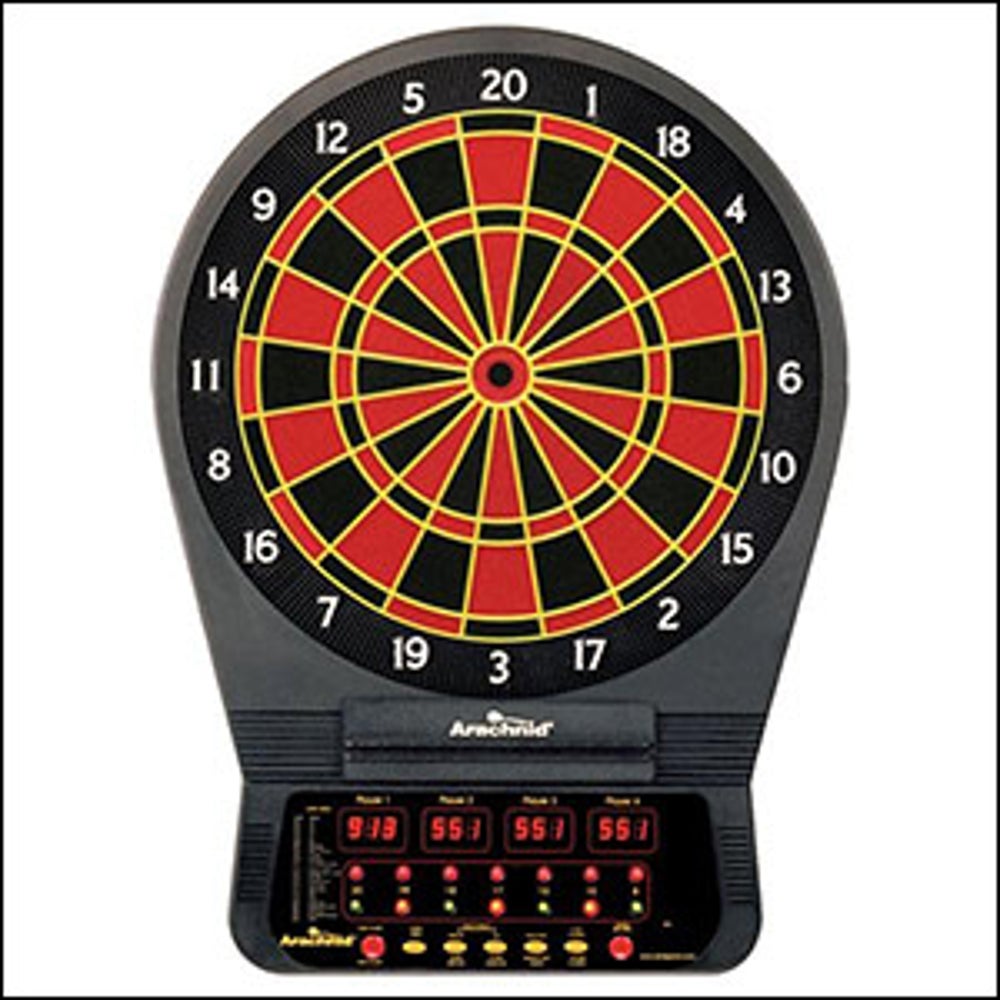 Looking for some friendly office competition? Try the Arachnid by DMI Sports CricketPro 650, a talking, electronic dartboard with an LED display that offers 24 games with 132 game options. The board comes with micro-thin scoring section dividers to decrease the amount of bounce-outs by the six soft-tip darts.

Employees can play solo to relieve stress during the workday or start a game with up to eight players during lunch or an office party. The LED score display can keep players focused. Be sure to remember your player number—one through eight—and the dartboard's voice prompt will give the word when it's time to throw.