A Cluster of Clusters: Where the SBA Is Investing in Regional Economies

That’s the idea behind an economic "cluster" – a concentration of small businesses, giant companies, economic organizations and academic research institutions working together to grow a particular industry in a geographic region. Two years ago, the Small Business Administration invested more than $1 million in each of 10 clusters nationwide as part of a pilot program to stimulate small-business growth. We took a look at which clusters received the SBA’s investment and what each cluster is doing with the funds.

In the slides that follow, information about where the money went and how many jobs were created came directly from the cluster organizer. 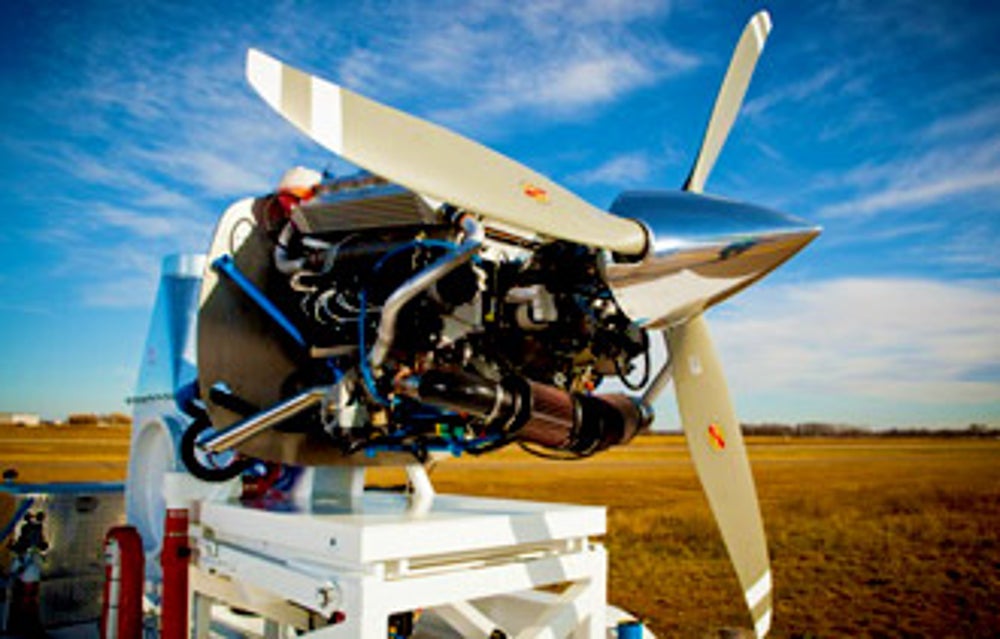 Cluster description: The Defense Alliance is an independent business network that helps small businesses, especially high-tech companies, navigate the sometimes daunting task of winning contracts from the U.S. military. Also, the cluster helps connect small suppliers with big government contractors, like General Dynamics and Honeywell. Member businesses are spread out across 24 states. The advanced power and energy group, the niche that received the SBA funding, has approximately 100 member businesses.

Results: Helped a niche-group of energy entrepreneurs secure some $32 million in federal contracts and create an estimated 400 jobs. 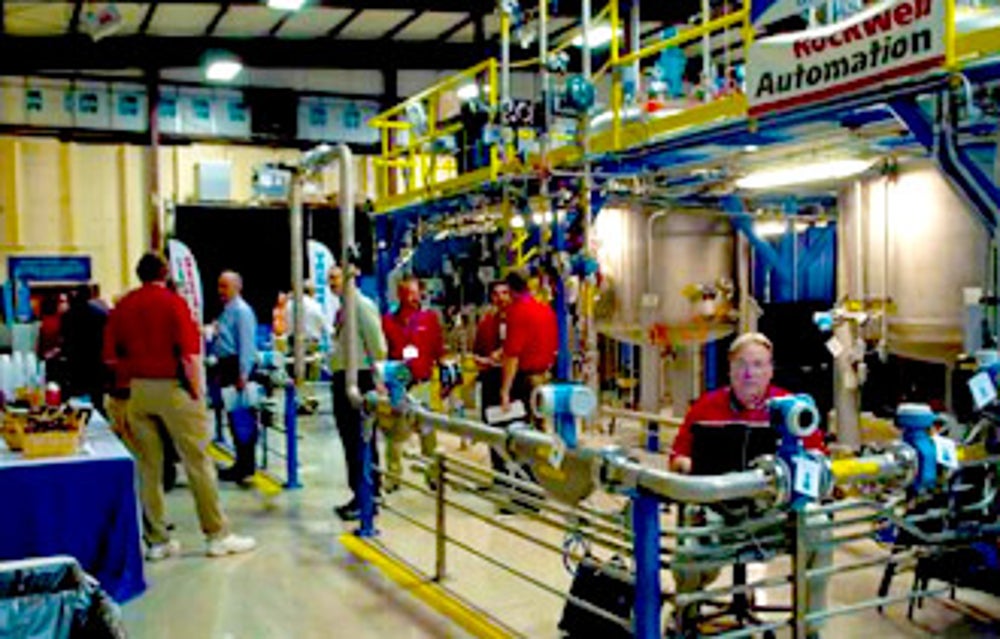 Funding received from the SBA: $1.2 million

Cluster description: North and South Carolina together supply 11.5 percent of the entire nation's nuclear energy. Because there are so many nuclear power facilities in the Carolinas, 54 business leaders, non-profits and academic institutions have banded together to form the Carolinas' Nuclear Cluster. While producing nuclear energy is primarily the work of large companies, small businesses can participate in the nuclear industry by supplying parts to the giant multinationals that do the actual construction and processing. The cluster provides entrepreneurs information on how to tighten their standards and get their facilities up to code to be able to sell to the nuclear industry. 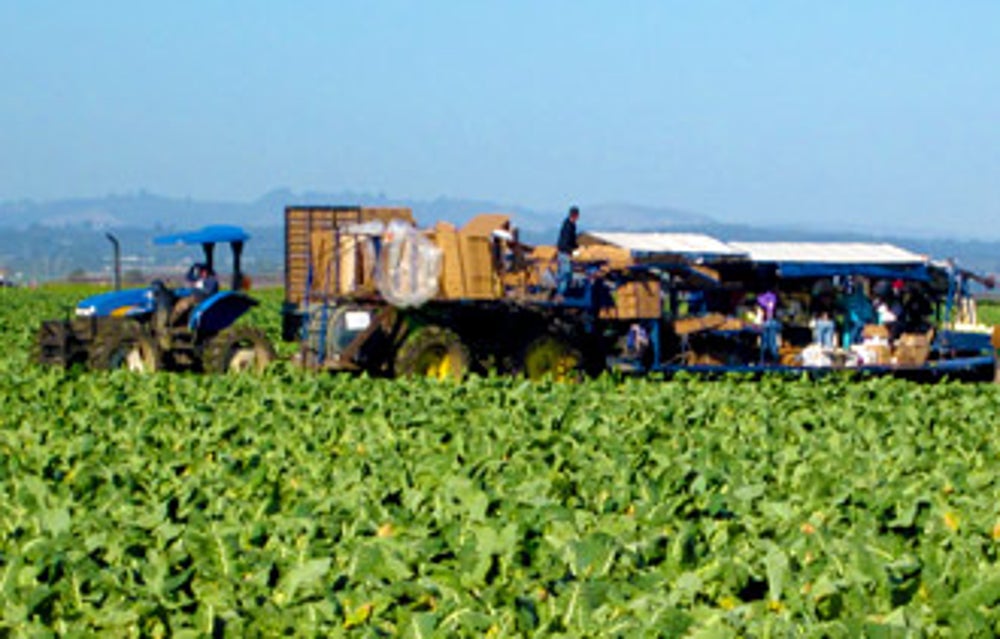 Funding received from the SBA: $1.2 million

Cluster description: Project 17 Agricultural Technology cluster works to bring together small tech entrepreneurs and the region's big food farms, like Dole, Driscoll’s, Monterey Mushrooms and Chiquita. The Monterey Bay region of California, just to the south of Silicon Valley, is home to an $8 billion agriculture industry that produces in excess of 80 percent of the nation's fresh greens every year. Faced with stiff pressure to sell their produce at lower prices, growers’ profits have been squeezed over the past decade. The cluster helps the agriculture technology entrepreneurs develop and network with large growers so that the big companies can operate more efficiently, bolstering their profits and keeping the industry healthy.

Results: In its first year, Project 17 and its regional economic development partners helped small businesses in the region and industry gain access to nearly $48 million of capital, create 285 new jobs, and retain 114 jobs.

The Enterprise for Innovative Geospatial Solutions 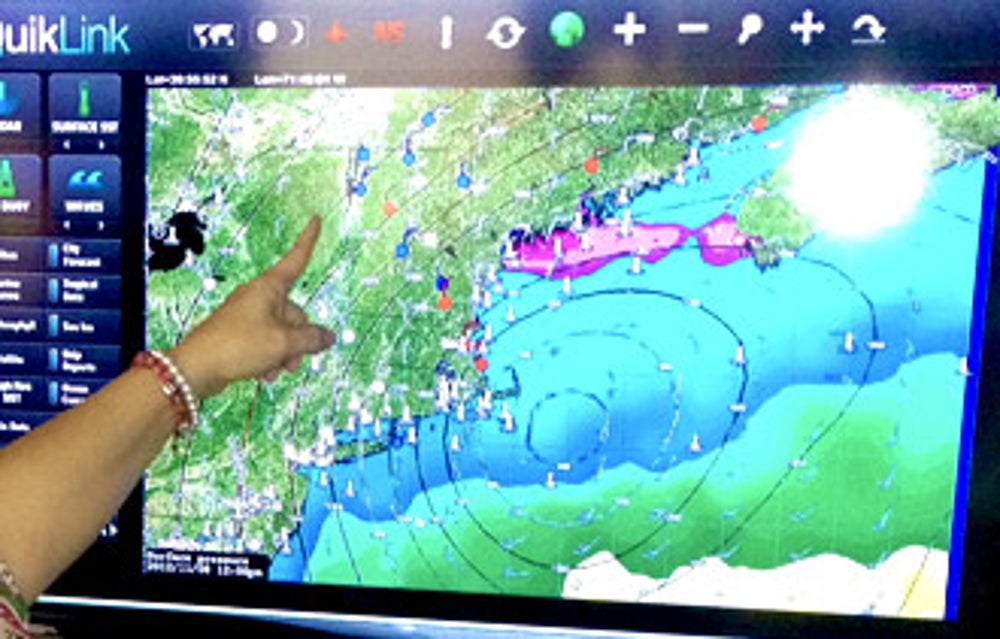 Cluster description: In Mississippi, NASA's John C. Stennis Space Center, a federal “city” of government offices that revolve around the nation’s largest rocket-engine test facility, is so massive it has its own zip code (39529). "Geospatial" businesses -- the technology that makes services like Mapquest and Google Maps possible – have developed on the periphery of the space center. The 40-member EIGS cluster has produced a series of seminars for small businesses in the region on topics ranging from how to comply with new legislation to how to prepare for a defense-contracting audit.

Results: EIGS has created 101 jobs and saved 184. It has been directly involved in helping members secure $14 million worth of contracts over the past two years; it's also helped members learn about opportunities that resulted in another $47 million worth of business. 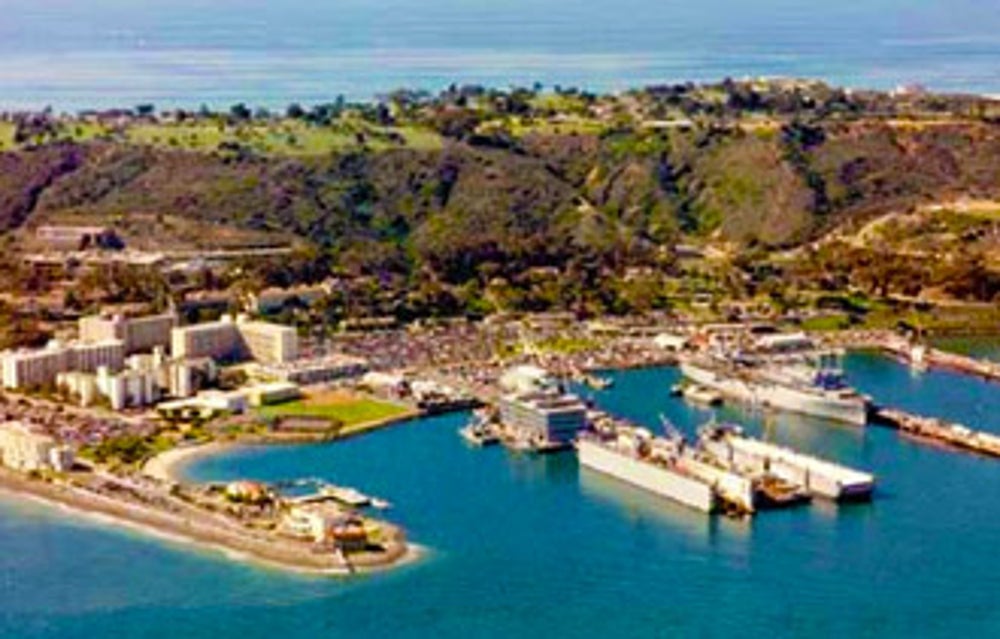 Cluster description: San Diego is home to the largest U.S. naval base on the West Coast and it also attracts military startups: There are approximately 7,000 entrepreneurs and small businesses that are trying to work in defense in San Diego. The cluster consists of 26 partner organizations, ranging from law firms and federal agencies to business development organizations and angel investing groups, and provides selected entrepreneurs with education, training and consulting. Because there are so many defense-minded entrepreneurs in San Diego, the cluster focuses on cyber-security, unmanned air vehicles and renewable energy and requires applicants to undergo a competitive application process and meet with its leaders. 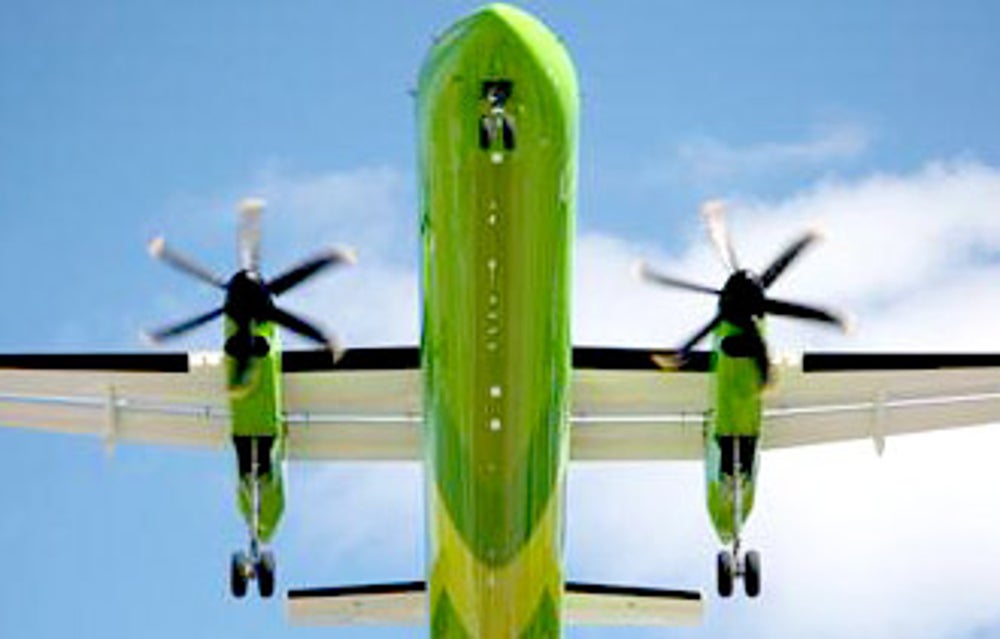 Cluster description: Four of six regional airports across the Upper Peninsula of Michigan have joined with local businesses and economic development groups to work together to “green” the aviation industry. Members of the cluster, which tops out at about 65 businesses and organizations, specialize in environmental issues such as recycling old airplane parts, decreasing the weight of planes so that they require less fuel, and encouraging the military to adopt these “green” aviation practices. For small businesses already working in aviation, the cluster promotes their services to a wider national audience, and for small-business owners who lack experience but want to work in the industry, it mentors them on how to make the transition.

Results: The aviation cluster hosted networking events that helped it create about 50 jobs and obtain more than $2 million in new contracts. 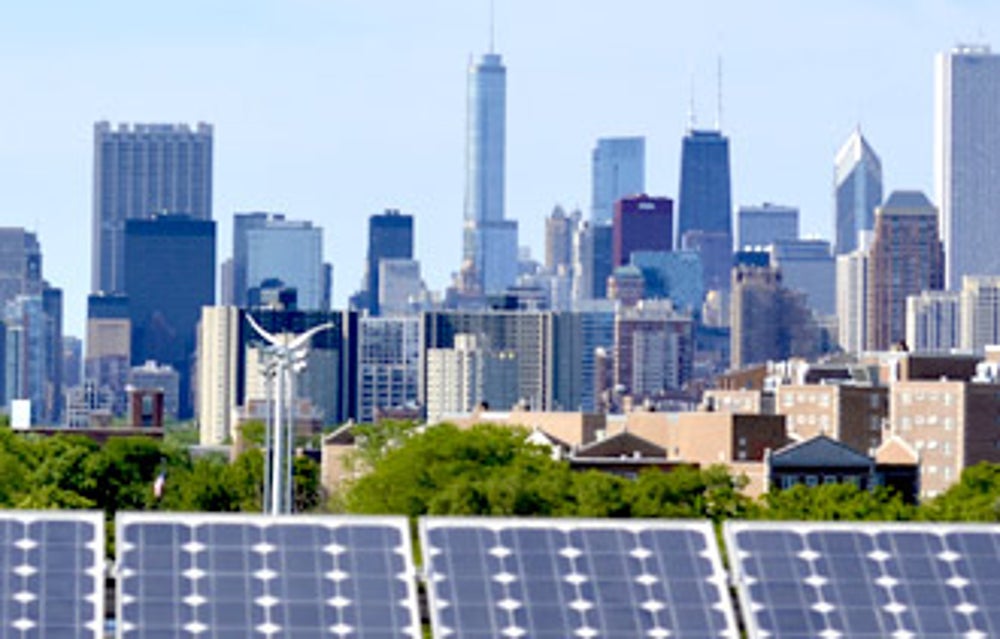 Cluster description: Illinois has become a national leader in technological developments to provide greater reliability and efficiency for what is being called the “smart grid.” In the past three years, nearly $4 billion has been invested in Illinois for energy efficiency, improvement of the grid infrastructure and development of green technologies. The cluster provides support to small, very early-stage startups developing technology to help modernize and update Illinois' electric grid. Because each startup needed so much assistance, the Illinois cluster has worked with only about 14 companies so far.

Results: The cluster helped member companies secure investments of between $10 million and $11 million and created about 20 jobs. 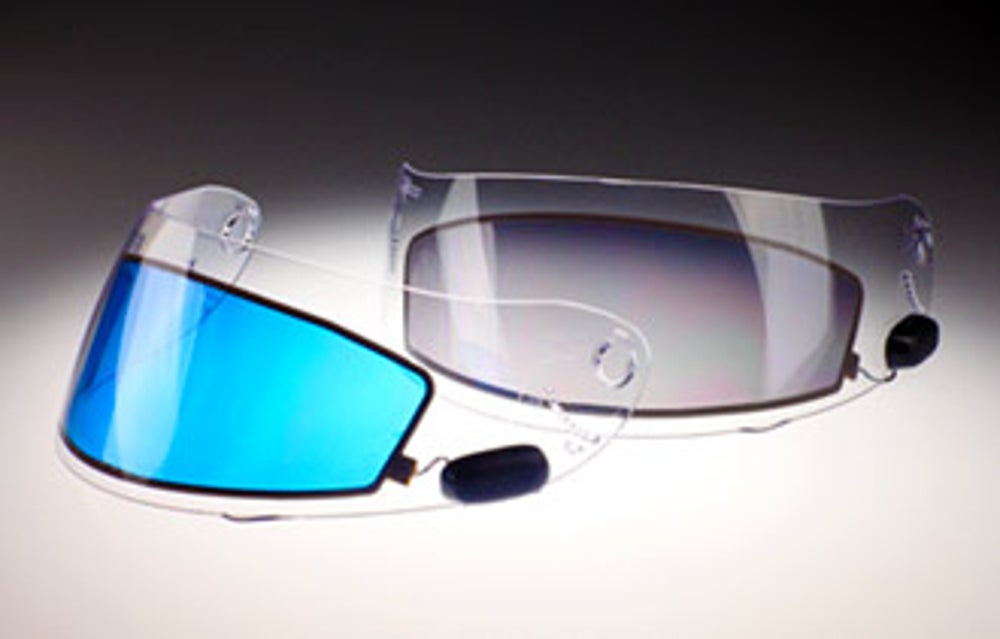 Industry focused on: Flexible electronics, which are components that can be bent, folded and stretched

Cluster description: The cluster includes more than 50 businesses, academic institutions and other organizations focusing on the state's flexible electronics industry. Potential applications for flexible electronic technology include phones that have curved display surfaces or clothing with electronics printed on them to monitor the vital signs of athletes or members of the military. The cluster’s primary goal is to get regional industry participants to work together. To achieve that goal, it holds quarterly meetings, participates in shows that present the latest flexible electronics innovations, and sponsors regional technology conferences. Also, the cluster works to help helped entrepreneurs in the space, many of whom are researchers, learn about business development strategies through one-on-one mentoring and consulting.

Results: With the first $1.2 million, Flex Matters created about 125 jobs and attracted investments of about $25 million for its member businesses. 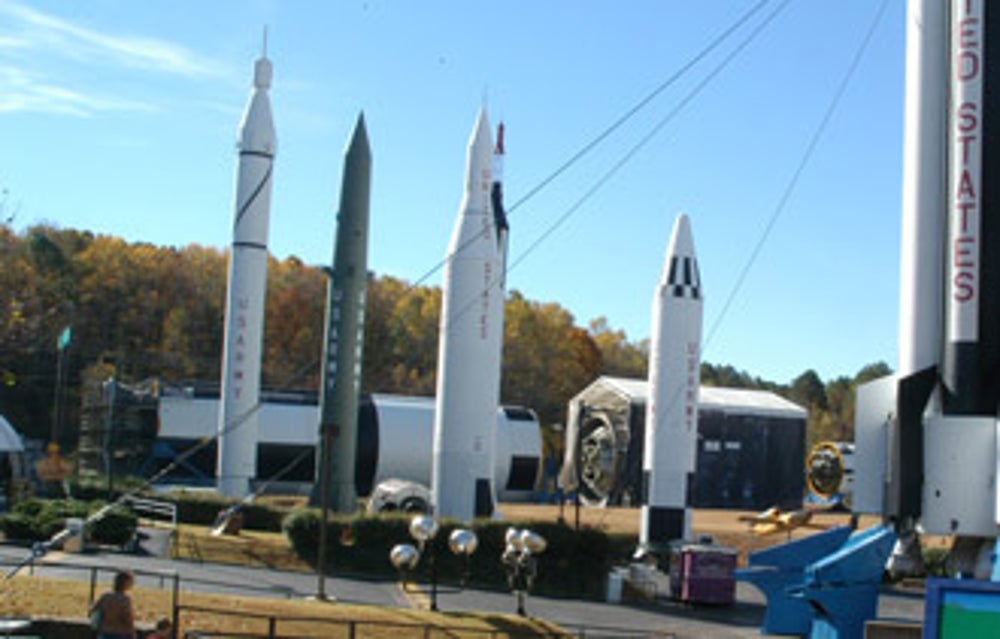 Image credit: The Center for Land Use Interpretation

Where headquartered: Huntsville, Ala.

Cluster description: Huntsville is home to NASA’s Marshall Space Flight Center, one of NASA’s largest field centers, employing around 6,000 people and with a budget of $2.5 billion dollars annually. Composed of between 300 to 350 companies, 90% of which are small businesses, the cluster helps its members become familiar with the process of winning government contracts. For entrepreneurs who can’t fulfill a contract on their own, the cluster helps find them another small-business owner to team up with and complete the project. The cluster's areas of focus run the gamut from small spacecraft and airships to intelligence gathering and surveillance to innovative energy technologies to unmanned ground vehicles and unmanned aerial vehicles.

Results: Companies affiliated with the cluster won between $800 million worth of contracts in 2011 primarily from the Department of Defense and NASA. It is unclear, however, exactly how much of that is attributable to the cluster. 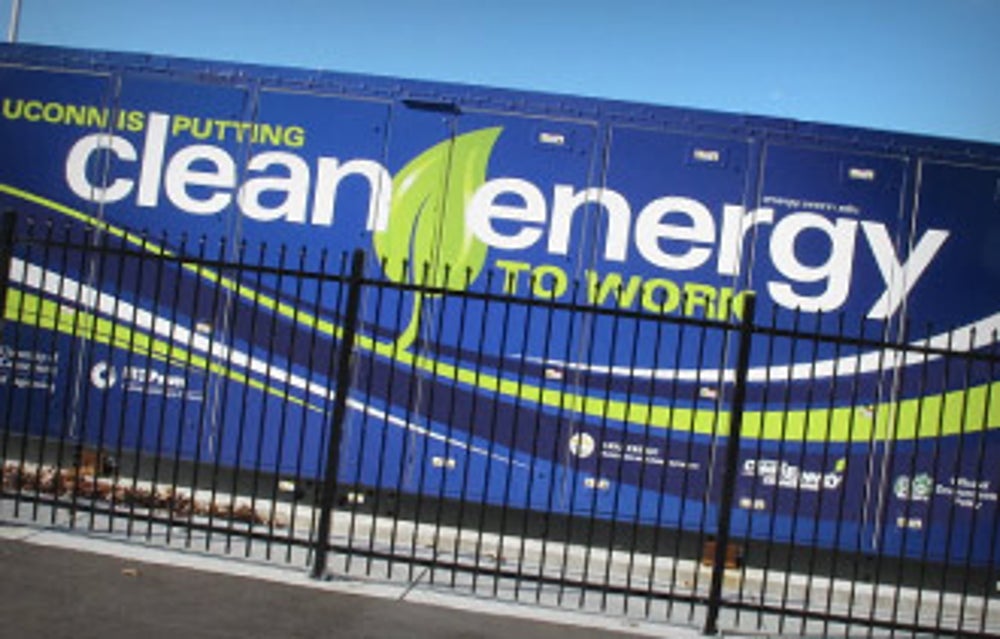 Cluster description: Hydrogen fuel cells produce hydrogen, store it and then convert it into electricity. As an eco-friendly, reliable source of energy independent of the electric grid, they are popular backup options for schools, shelters, hospitals, sewage treatment plants and other mission-critical facilities. The majority of the nascent fuel-cell industry is rooted in the Northeast and the sprawling cluster includes members across Connecticut, New York, Massachusetts, Maine, Vermont, New Hampshire and Rhode Island. With approximately 1,200 entities, ranging from large companies that develop finished products for sale to academic research institutions, the vast majority of the members of the cluster are small businesses that make pieces of a final product. The cluster works to increase the awareness and adoption of fuel-cell technology and provides its members one-to-one business development advising and services.