A Backstage Tour of Orlando's Startups

Sarah Max
April 9, 2013 min read
Opinions expressed by Entrepreneur contributors are their own.

Editor's note: We've been taking a virtual tour of U.S. cities to see how the 2008 financial crisis changed the entrepreneurial landscape, for better or worse. See other installments here.

The Orlando area may be best known for mouse ears, sorcerer wands and shuttle launches. Look elsewhere – downtown, on university campuses and at incubators throughout the metro area – and you'll find startups working on everything from healthy school lunches to hybrid geothermal systems.

The financial crisis hit Orlando particularly hard. (Read more at "Orlando Entrepreneurs Say Magic is Returning"). The housing collapse, combined with a plummet in tourism spending, drove unemployment into the double digits. It's been a long, hard recovery, say entrepreneurs, and funding is still tough to come by. On the bright side, the economy seems to have turned a corner –non-seasonally adjusted unemployment was 7.1% in February – and enthusiasm (and resources) for entrepreneurship may be stronger than ever. 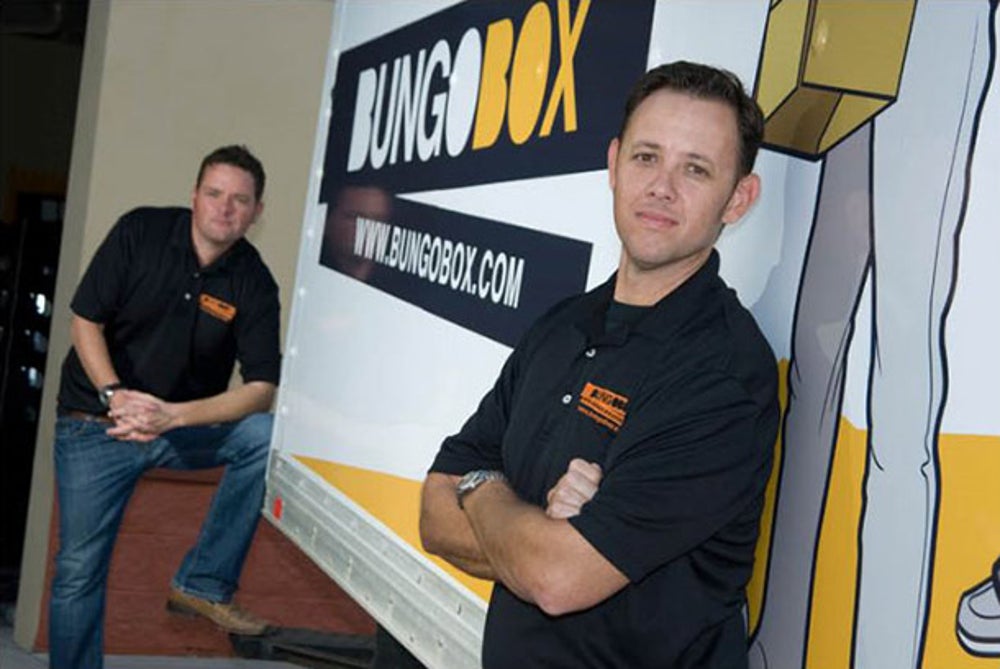 Tom Cannon worked in sales, marketing and distribution for a manufacturing company when a buddy's move inspired a business idea: Give movers access to the same reusable plastic boxes that manufacturers use to store and move small parts. BungoBox was born. Renting from BungoBox costs half as much as buying cardboard boxes, says Cannon, and saves time on packing and unpacking.

Not many people were moving when the company launched in 2009, but “we didn't know the difference,” says Cannon, who teamed up with his cousin Bob Cannon. “We were still growing.” The recession had its benefits: “We bought our building out of foreclosure and got our trucks for a fraction of what we would have paid,” he says. The company, which is a franchise, now has 20 locations in the United States and Canada. 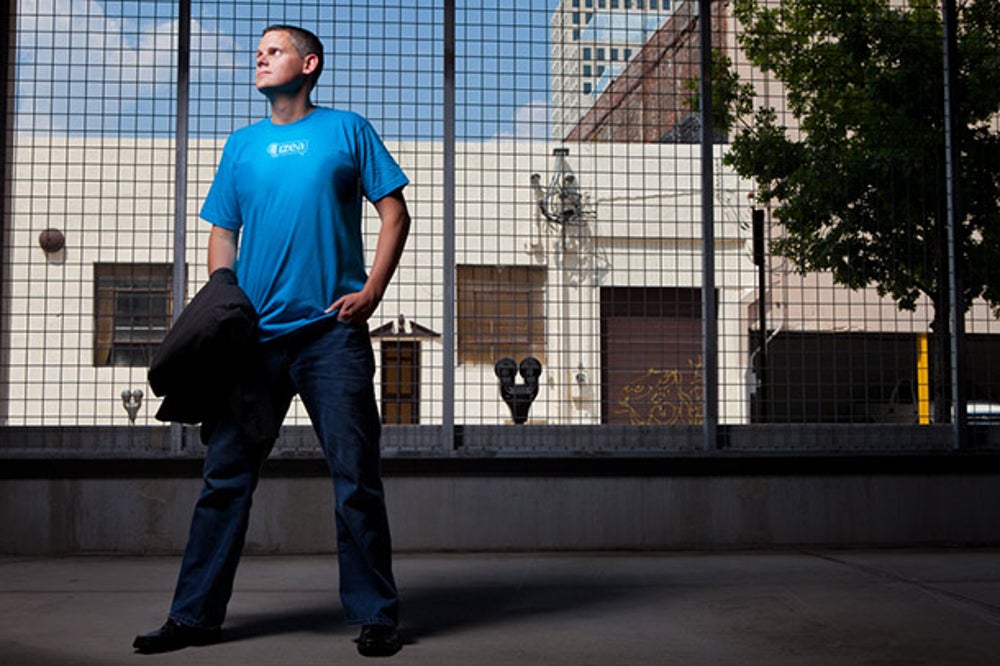 When serial entrepreneur Ted Murphy first came up with the idea of compensating bloggers and other influencers for their posts, social media was still in its infancy.  Advertisers, meanwhile, were just beginning to come to grips with how to work with “influencers” to promote their brands. Simply put, IZEA matches bloggers and tweeters best positioned to reach their target audience – and manages all aspects of the campaign, from content creation to influencer compensation.

The IZEA network is now comprised of more than 750,000 registered influencers – from college students and mommy bloggers to the likes of Kim Kardashian and Diddy. Its advertisers, meanwhile, range from small businesses to such companies as Audi, Citi and Walmart. The company, which went public in 2011, recently reported nearly $5 million in revenue for the fiscal year ended Dec. 31, 2012, a 14% increase from the same time a year ago. 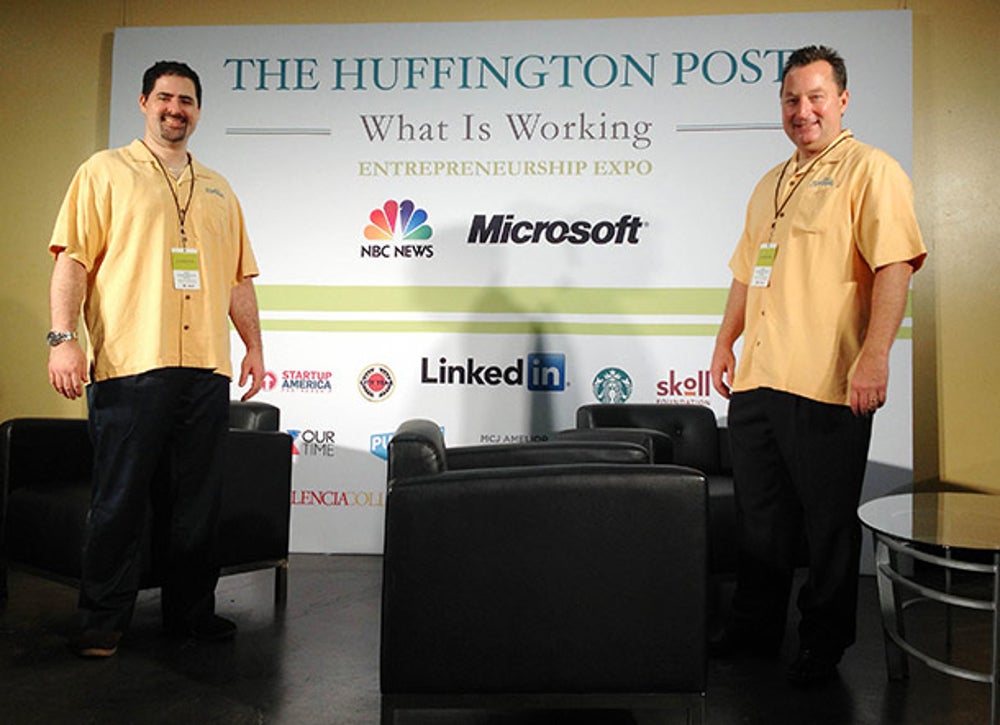 Zentila ran this exhibit at the Republican National Convention.

After working in the hotel industry for 25 years, Mike Mason had a brainstorm: The U.S. meeting and convention industry is a $45 billion market, yet very little of it is arranged online. Instead, group sales staff and meeting planners engage in an inefficient courtship that can be time consuming and unsuccessful.

Zentila aims to help planners identify the hotels best suited to host their event, and to streamline the proposal process. Instead of the usual back and forth, which can take days and even weeks, Zentila says it can get proposals back within hours in some cases. Hotels meanwhile, benefit from getting more targeted sales leads. Since launching its enterprise platform, Enlightenment, last October, the company has seen 111% month-over-month growth in bookings. 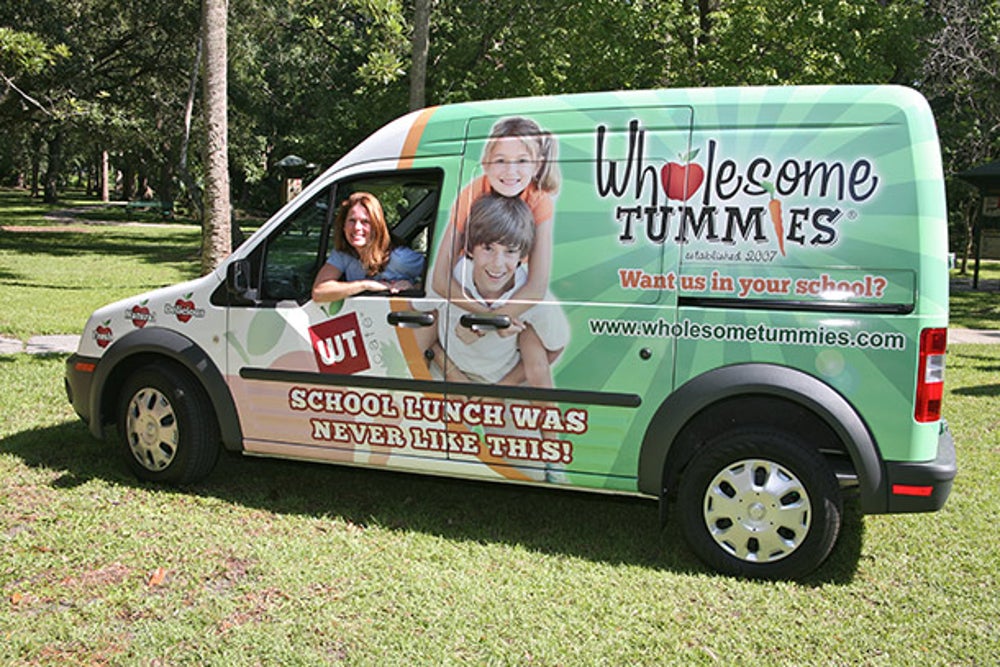 As a mother of three boys and human-resources consultant, Debbie Blacher faced a common predicament. She wanted to send her children to school with healthy lunches but found that convenient and nutritious didn't go hand-in-hand. Seeing that other busy parents felt the same, she set out to create her own solution. Launched in 2007, Wholesome Tummies is a kids-only food franchise that promises to deliver fresh and nutritious food (that kids actually want to eat) to participating schools daily.

The program partners with schools to be an exclusive lunch provider. Parents go online to choose from a handful of lunch items available that day – from sports bento boxes and cob salads to gluten-free pizza – at a cost of $4 to $6 per lunch. Local chefs cook from scratch using fresh ingredients and deliver to schools daily.

After testing the concept for three years in Orlando, Wholesome Tummies began franchising in 2010. It now has 10 franchised units working in more than a hundred schools across the country, and expects to double this year.

Dr. Isaiah O. Oladeji has more than 20 years of experience in semiconductor research, plus numerous patents and awards to his name. His pet project, however, wasn't to make cell phones smaller or computers faster but to find a way to bring down the cost of solar cells so the technology can be put to work in his native Nigeria and throughout the developing world.

Traditionally, LEDs, solar cells and many other electronic components are made through a complex series of steps that involve manufacturing in vacuum chambers. Sisom Thin Films has found a way to eliminate the need for vacuum chambers. As a result, manufacturing is faster and cheaper, and components can be made much larger, according to the company. The technology has now been adopted by a solar cell manufacturer and a maker of next generation batteries, Sisom says. 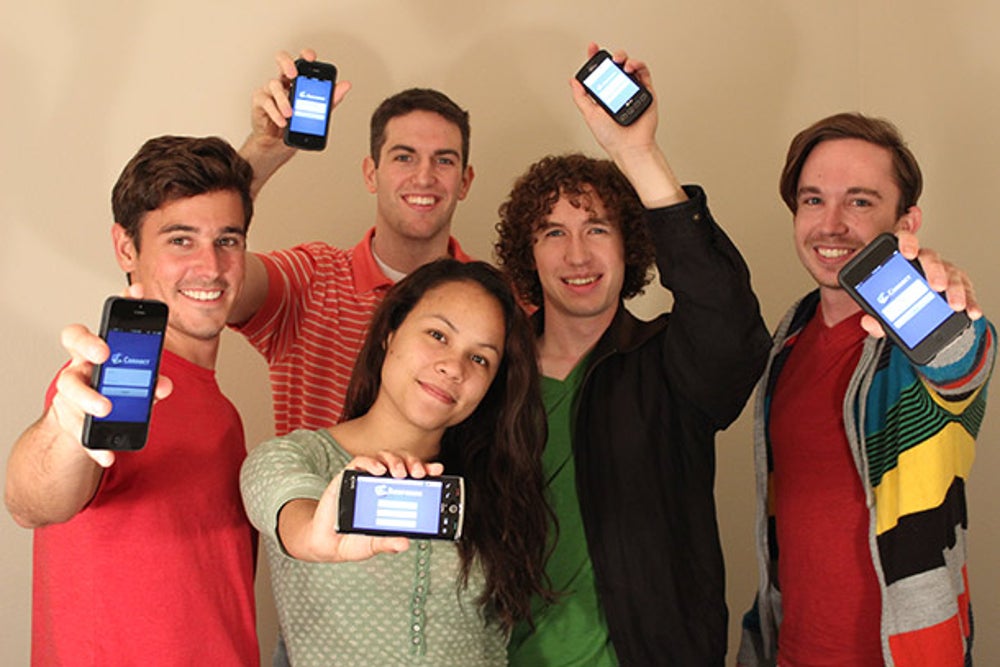 Via Response employees show off their technology.

Clickers have been used in college lectures for more than a decade to help lecturers interact with students. But this technology tends to be expensive, requires students to keep track of yet another device and, most importantly, cannot be used by students participating remotely. The shift to hybrid classes and extremely large MOOCs in higher education inspired Via Response Technologies cofounders Derrick Meer and Joe Burns to come up with a better way to engage students.

The company's cloud-based platform is designed to let instructors and corporate trainers engage students through their mobile devices, whether they're in a traditional classroom or distance learning halfway across the country. Instructors can engage students with polls, quizzes, discussion boards, social media, case study tools and more. The technology is now used at a number of schools, from local University of Central Florida to the University of Minnesota. 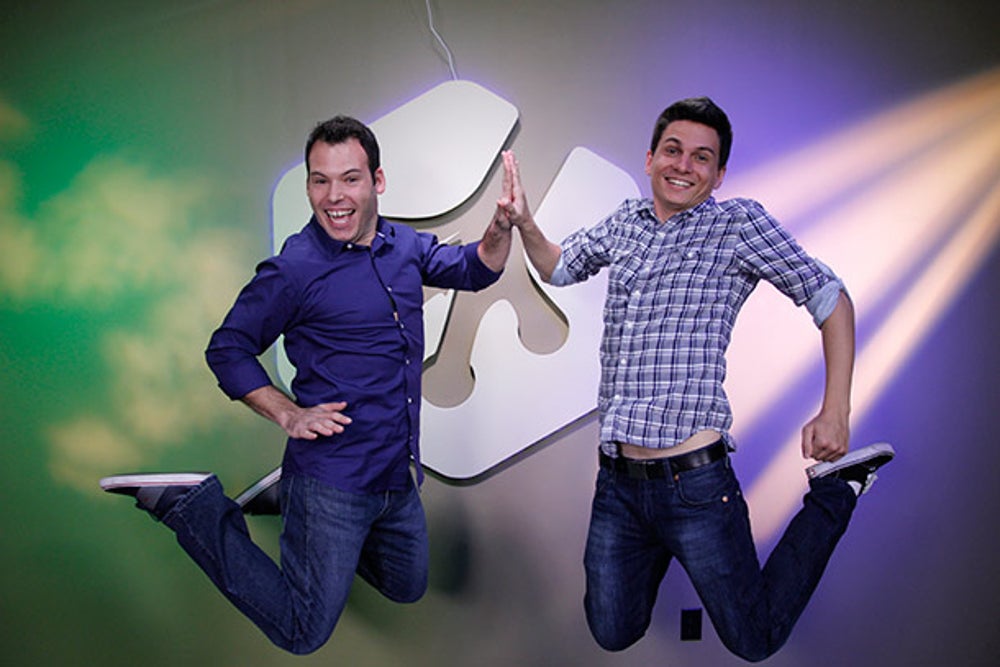 It was while running such tech events as the Future of Web Apps and the Future of Web Design that Treehouse cofounder Ryan Carson realized that there was a dearth of technology education available to all people, all of the time.

Today, thousands of people have used the Treehouse platform to learn everything from building a simple web page to developing an Android app. The online technology school, which currently has 27,000 active students, teaches technology with video, quizzes and, most importantly, by guiding students through actual projects.

The company, which has offices in Portland, Ore. and its headquarters in Orlando, has been growing revenue 15% a month; the number of students has tripled over the past year. 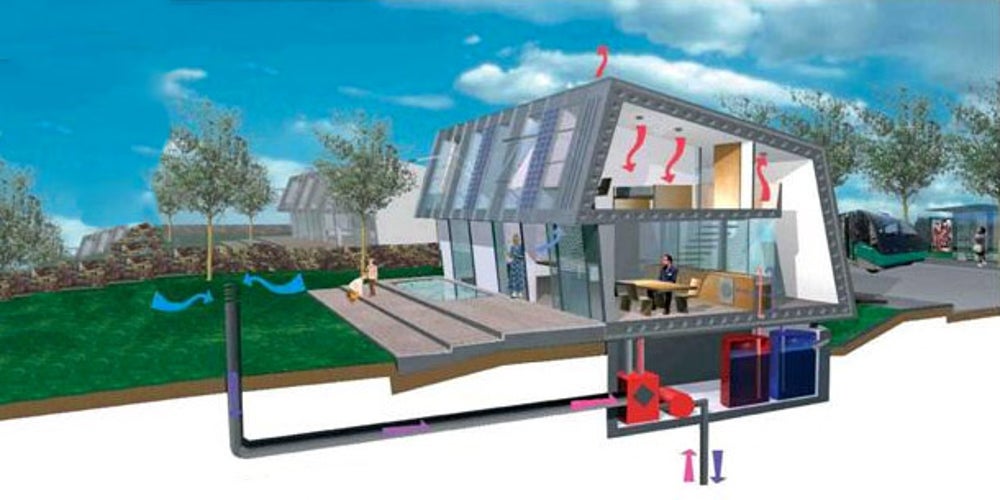 Greensleeves seeks to improve energy efficiency through its GeoModule technology.

Heating and cooling buildings accounts for more than 70% of coal burned in the United States, according to Greensleeves. Yet, improving energy efficiency can be as simple as recycling waste energy produced by computer equipment, passive solar heat and our own bodies.

Just as a hybrid automobile uses far less energy than a conventional car by storing and reusing energy, says cofounder Michael Linn, Greensleeves technology helps heat and cool buildings by storing environmental energy. The system, which uses standard heating and cooling equipment, can increase energy efficiency more than 50%, he adds. The technology can be retrofitted, but when used in new buildings often costs less than conventional HVAC systems.

Last year the company, a participant in the University of Central Florida Business Incubation program, completed pilot implementations for a 360,000-square-foot corporate headquarters, a university science center and an office retrofit.  So far this year, it's inked deals for U.S. Army housing buildings, a hospital, and an industrial heating and cooling system, among others.