Forget umami. In 2015, you can expect your dinner to leave you puckering your lips like you swallowed a lemon.

As food trends come and go, it can be difficult to know what is about to become America's go-to dish. So, we decided to consult an expert.

Entrepreneur chatted with Chef Christopher Koetke, Kendall College Vice President of Culinary and host of the Live Well Network's Let's Dish, about sour foods, butter's comeback and what he calls "action-reaction" in the food industry. Here are his six top trends to expect in the coming year.

Sour is in in 2015. While umami was the most recently trendy of the five basic tastes, it's about to take a backseat to sour flavors. According to Koetke, chefs -- and bartenders! -- are exploring the mouth-puckering taste now more than ever.

"What we're seeing are rises in especially… pickling and fermenting," says Koetke. "Some of the sources we've been following are talking about things like sauerkraut being one of the big flavors of 2015. Which, of course, is all about the sour piece. Kimchi is another one."

More sour flavors also means a wider variety of sour ingredients to choose from. Koetke says to be on the lookout for the pod-like fruit tamarind and pickled fruit-based chamoy, a Mexican dip.

BrusselKale was just the beginning. Now, you can expect a new wave of fruit and vegetable hybrids popping up on menus.

The beauty of vegetable mashups, according to Koetke, is that they are designed both for innovation and health. In other words, just because the broccoflower (a cross between broccoli and cauliflower) has a cute name doesn't mean it's going to take off. The produce industry is also purposefully cross-breeding vegetables for optimal health benefits… and of course, taste.

Related: BrusselKale: The Trendiest Superfood of All?

Ramen has already moved far beyond the realm of dorm cooking, with ramen shops like Ivan Ramen in New York City and Ken Ken Ramen in San Francisco exploding in cities across America. However, the ramen renaissance in the U.S. has only just begun. While ramen shops serving traditional Chinese-style wheat noodles are becoming a dime a dozen, other types of Asian and Asian-inspired noodles are expected to be featured in a big way.

"Some of the sources we're watching are talking a lot about this big push in non-wheat noodles as a trend to be watching in 2015," says Koetke. Also on the menu: soba, cellophane and rice noodles.

Plus, as ramen becomes more and more mainstream, more restaurants are going to be cashing in on the dish – especially fast-casual restaurants, where the traditionally inexpensive and quickly prepared dish is a natural fit.

Olive oil is no longer the go-to oil in the kitchen, as oils made from avocado, pumpkin seed, coconut and mustard promise to bring fresh flavor in the coming year.

According to Koetke, the rise of new oil options is a result of Americans' reconceptualization of fats: specifically, what a healthy fat is. As the U.S. has shifted away from low-fat diets to instead embracing healthy fats, oils made with vegetables, nuts and seeds are making a comeback.

"In some respects, [the exploration of different kinds of oils] is taking us into new areas and in some respects it has sort of taken us backwards, to relearn or [become] reacquainted with oils that have been out there a long time," he says.

As chefs discover and rediscover the different properties of different types of oil, expect the knowledge to trickle down into everyday cooking as recipes begin to call for coconut oil as a butter substitute or mustard oil to give your dish a unique kick.

Related: Weave Health and Wellness Into Your Company's Culture

Another outcome of Americans' rejection of the idea that all fat is bad fat: butter is making a comeback.

"What we're seeing is increasingly chefs who are focusing on the butter that they are using, and calling it out on menus and saying I'm using butter and I'm using a lot of it," says Koetke.

Not all butter is created equal. As chefs begin to highlight butter, the emphasis on high-quality butter is also rising. Koetke recalls having students attend a butter tasting, to attune their palates to the intricacies of different butter flavors. The Culinary School at Kendall College sources butter from a local farmer in Wisconsin – a practice that is already becoming common in the restaurant business.

6. Food goes to the extremes 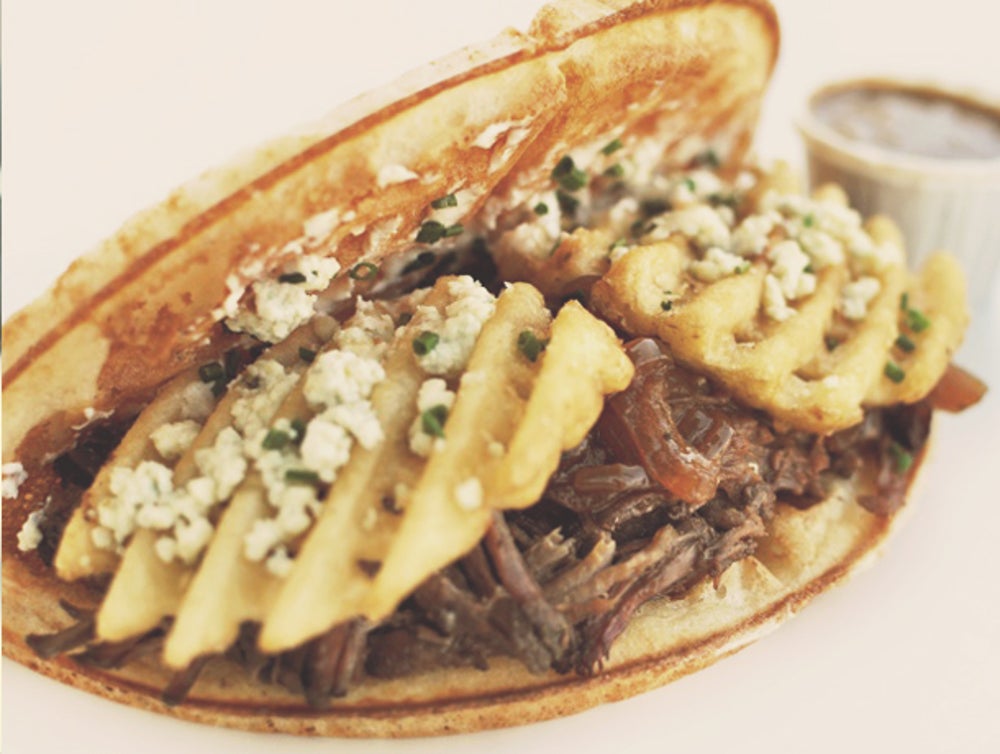 "We're sort of have these dual existences, if you will, as a country," says Koetke. "What we're seeing is... the action-reaction."

In 2014, two of the biggest stories in fast food were the success of Chipotle as a fresh, sustainable, healthy brand and the viral explosion of Taco Bell's Waffle Taco, as an indulgent, absurd and calorie-rich product. The National Restaurant Association's top two trends of the year were seemingly just as diametrically opposed: ethnic fusion and authenticity. Molecular gastronomy is booming at the same time the farm-to-table movement is going mainstream.

In other words, the food industry is becoming an exercise in extremes. Instead of moderation, restaurants and chefs are pushing concepts to their limits. The result is a sometimes bizarre, always innovative mix that will continue to expand the realm of possibility in food in 2015.