Movie mogul Louis B. Mayer worshipped his mother, and this came out time and again in his Metro Goldwyn Mayer films.

As impoverished Russian-Jewish immigrants in New Brunswick, Canada, it was Mayer’s mother who kept his family together and put food on the table for Mayer and his four other siblings, according to biographer, Scott Eyman, author of Lion of Hollywood: The Life and Legend of Louis B. Mayer.

So, it wasn’t an accident that a nurturing, all-forgiving mother character recurred throughout many of MGM’s aspirational, family values-themed films, particularly in the Andy Hardy film series starring a raffish puck Mickey Rooney whose kind mother was played by Fay Holden.

Another example was Marie Dressler. Mayer was instrumental in reviving the dead career of Dressler, a careworn actress in her 60s at the time who, helped by Mayer’s patronage, became an incredibly successful movie star for the last 10 years of her life and received a best actress Oscar, late in life, for her role in Min and Bill.

“In Dressler, Mayer saw all the mothers of the world who labored beneath unsuccessful husbands who had sacrificed their lives basically at the altar of their children,” says Eyman. “You rarely saw a mother in MGM pictures who was anything but a paragon of virtue.”

Mayer’s mother wasn’t the only one who supported the family. The movie mogul left school at the age of 12 and stepped into the role of entrepreneur at a young age. Young Mayer supported his family through several pursuits, including collecting heavy scrap metal for resale during some brutally cold News Brunswick winters. Around 1903, at the age of 19, Mayer moved to Boston to expand the family’s scrap metal business.

Mayer, who’d always held an interest in theater according to his biographer Eyman, didn’t have entry into that field during that time as a Jew. So, he plunged into the movies, instead. Outside of Boston, he purchased a rundown burlesque hall which he converted into a 600-seat movie theater, an endeavor he ran with enormous success and profit. This allowed him to eventually take over the entire New England movie theater market.

However it wasn’t until 1914 that his step toward being a Hollywood goliath was established. Mayer purchased the New England rights to the smash hit of D.W. Griffith’s Birth of a Nation for $50,000. He ended up raking in approximately $500,000, a fortune at the time.

He moved to Los Angeles in 1918 and formed the Louis B. Mayer Pictures Corporation, which got the attention of business magnate Marcus Loew and film producer Samuel Goldwyn who had merged companies to form Metro-Goldwyn film studios. Mayer was asked to head it as vice-president, and he agreed with the caveat that his name be added to the studio’s name. Hence the birth of Metro Goldwyn Mayer, which he ran for nearly three decades.

The movie mogul, with a sixth grade education, was responsible for iconic films such as Ben Hur, Singing in the Rain, Gone with the Wind and Wizard of Oz. He became the first person in American history to earn an annual salary of a million dollars, an enormous sum in the 1920s.

Mayer was clearly a standout individual in the landscape of film and history, and here are five more reasons why he was a true radical and visionary.

Related: How Legendary Chef Eric Ripert Transformed Himself Into a True Leader 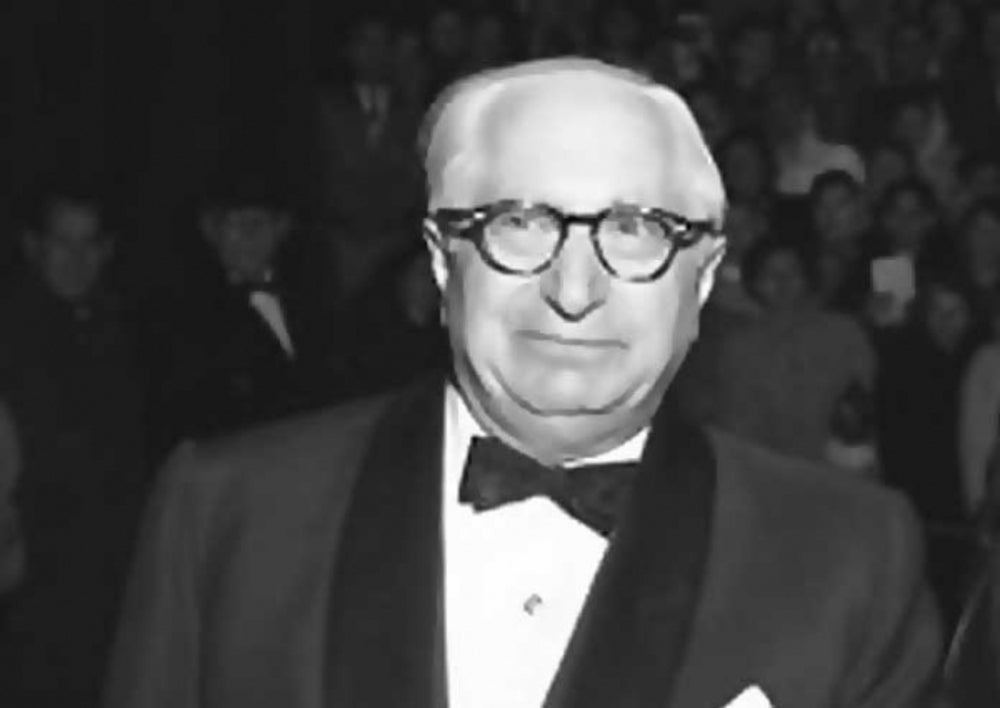 Mayer got the training for toughness and determination during his formative years. As mentioned, he quit school at age 12 and collect junk metal as a way to support his family.

“He would walk around shipyards looking for certain pieces of metal that he could sell in bulk,” recounts Eyman, who said while Mayer was a mere 5’6”, he was strong as a bull from junk lugging. “That level of intent, that level of aggression, is the sort of thing that would have made him successful in whatever sort of business he chose to go into.”

He used these skills later in life, when he moved to Boston, a very religious town, at 19. When he converted the burlesque theater into a movie theater, the first movie he showed was one with a religious message -- a savvy move to win over the faithful community. Along with a business partner, Mayer cornered the entire New England movie theater market in the years following, opened a talent agency and film production company -- and the rest is history. 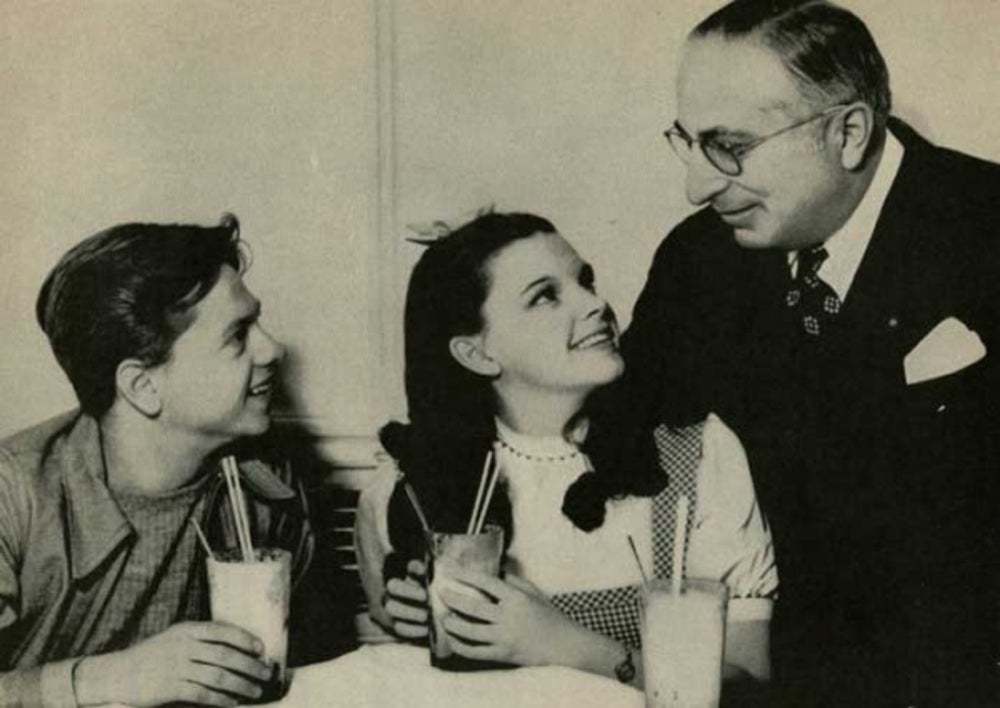 Mayer wanted his studio to be the “Tiffany of movie theaters,” says Eyman with films featuring genteel ladies and gentlemen.

For two decades Meyer made what he wanted, inviting the audience to raise their viewing expectations and explore new themes in aspirational films such as Wizard of Oz, Gone with the Wind, Million Dollar Mermaid and Singing in the Rain.

“Mayer had an enormous amount of confidence in his own taste,” explains Eyman, who says this trait eventually transformed into a stubborn refusal to change -- which became his downfall.

MGM became out of touch with what the audience wanted after World War II. Many young Americans had served their country and been touched by death; they no longer wanted to see the happy-go-lucky MGM musicals that didn't consider their altered innocence.

In 1951, Mayer was pushed out in favor of a younger MGM film producer Dore Schary, who’d had a string of hits prior to his ascension.

3. He was a forerunner in film innovations. 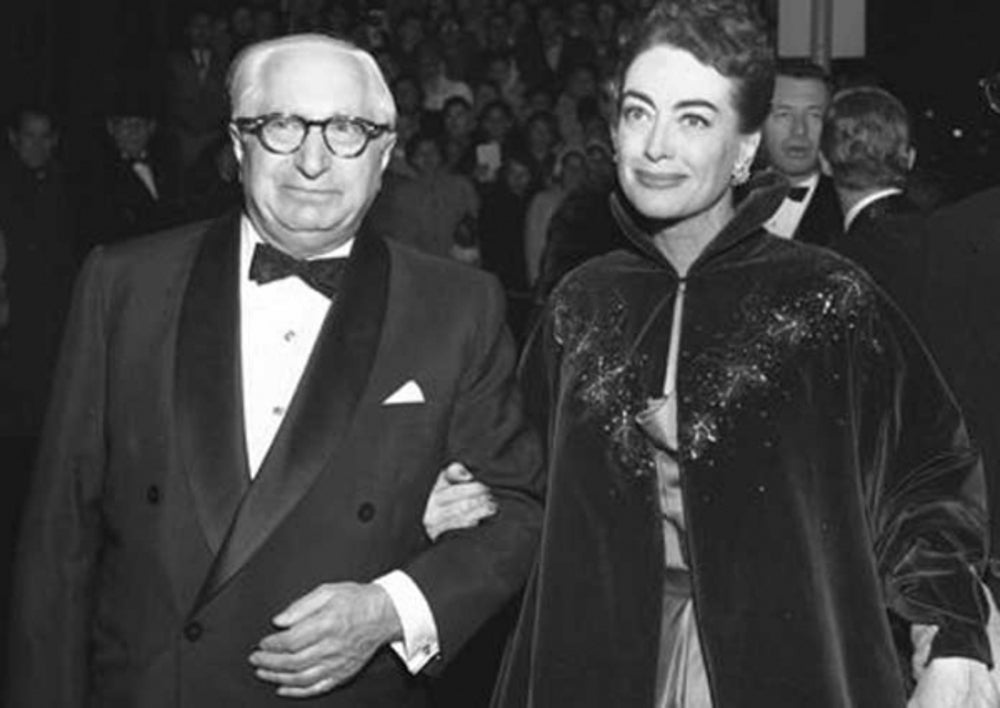 Because Mayer wanted MGM to be innovative and far-thinking in technical things, the studio became an early adopter in the technicolor filming process.

The technology was expensive and difficult to work with in the early days, requiring the picture to be filmed in black and white with different filters in red, green and blue, ending up with three sets of film.

Mayer invested in it, not only because he wanted MGM to stay on the forefront of technology, but he also thought technicolor would work well for the studio’s musicals, including The Wizard of Oz in 1939.

4. He ran a studio that was profitable for two decades -- even during the Great Depression. 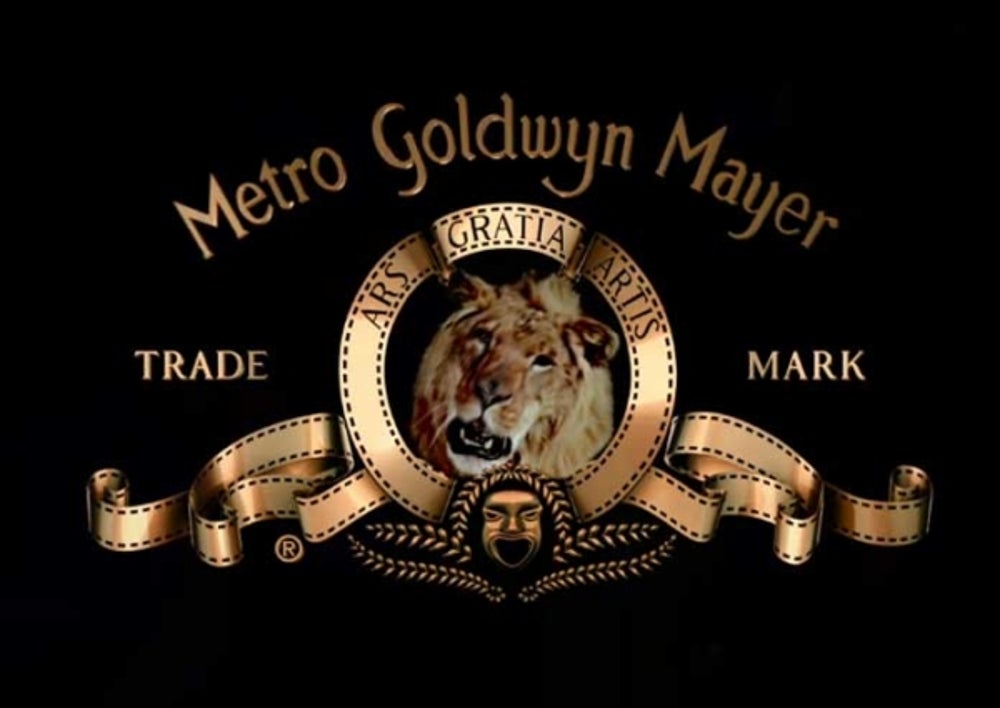 Mayer received early training for running a business with his family’s scrap metal business, and his keen ability to run a business continued into his reign as MGM studio head.

While MGM films had “the highest budgets in the business,” according to Eyman, MGM never lost money during the years between 1924 and 1946. This fact alone is outstanding considering it was one of the few studios during the Great Depression (1929 - 1939) -- unlike Paramount and RKO Pictures at the time -- not in receivership.

One reason why MGM was making money during the Depression was what Mayer offered audiences. While other studios were making films about what was going on outside of the movie theater, says Eyman, Mayer sensed people didn’t want to see real life reflected in their entertainment. His movies were more focused on family life, song and dance numbers and wholesome ideals.

5. He formed the right partnerships. 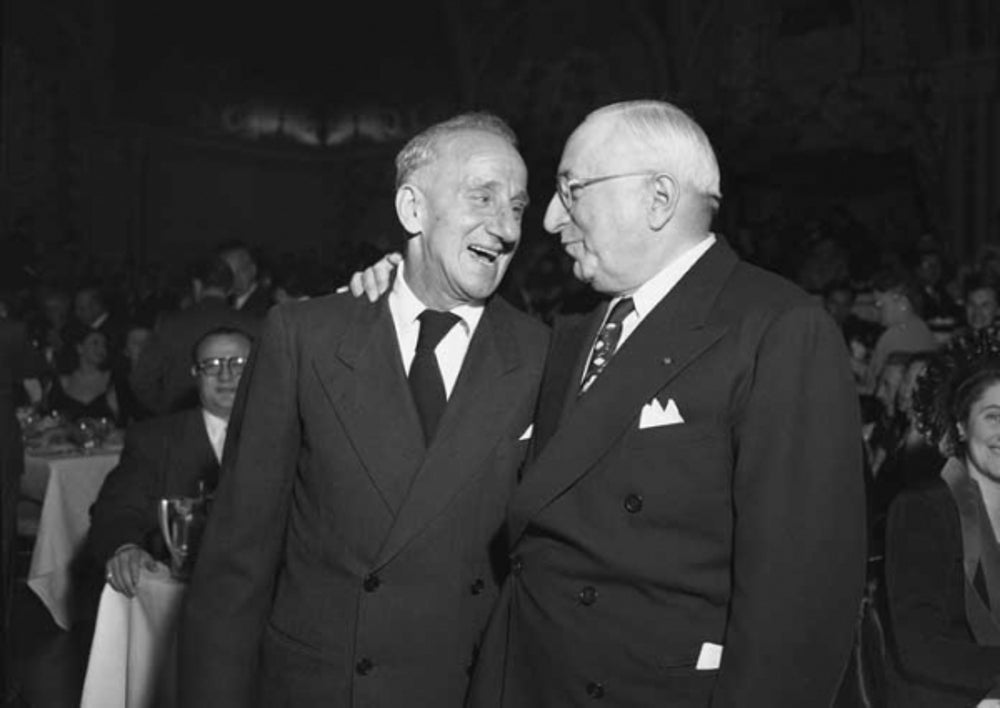 “Hire the best people and leave them alone” -- that was Mayer’s management style, describes Eyman. While it’s been said that Mayer would have been successful in any business he went into, one of the most formidable relationships Mayer formed in the film business was with 23 year old producer Irving Thalberg, whom he wooed away from Universal Studios in 1923. Thalberg oversaw Mayer’s first movie production company -- and he was brought on to head production when Mayer joined MGM.

Thalberg became like the son Mayer never had, says Eyman. He, too, was Jewish and liked to make “classy” pictures, often based on literature. The young Thalberg also embodied qualities that eluded Mayer: He was well-educated and handsome. And while Mayer was an extremely well-dressed and well-spoken -- he’d invested in vocal coaching and was meticulous about appearances -- the mogul knew where he lacked

The two had a symbiotic relationship for many years, until a rift formed over money prior to Thalberg’s death in 1936.

Related: How This Top Chef Overhauled His Miserable Leadership Style