How 3-D Printing Will Improve Our Future

Although these numbers won’t change soon, scientists and engineers are getting closer to solutions that can help us build a more adaptable world. The answer lies in 3-D printing. From disaster-proof homes to structures printed from natural resources, we’re one step closer to combatting a number of global issues.

Who would have guessed that 3-D printing could be a solution to some of the world’s most pressing problems? Check out what these 3-D printing companies have planned that will positively impact the future. 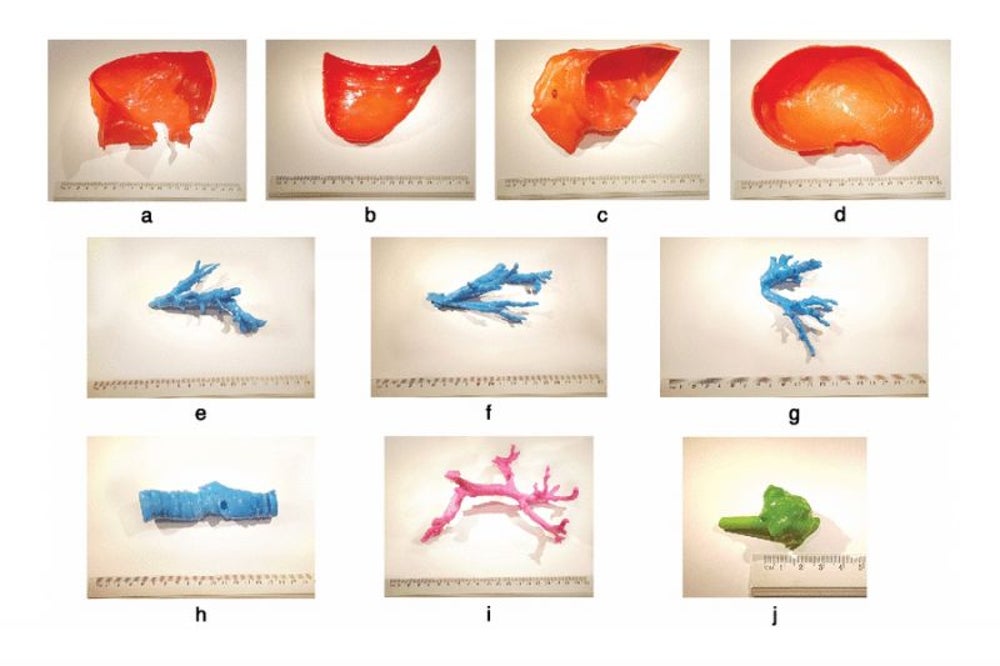 Operating on certain organs, especially the liver, is no easy task and it requires much preparation and practice. But thanks to 3-D printing, there’s now a better way to prepare.

Jan Witowski, a medical student at the Jagiellonian University Medical College in Krakow, Poland, has created 3-D printed models of livers for doctors to test on before operating.

Using a patient’s CT scans, Witowski 3-D prints unique silicon models specific to that person’s liver. Not only do they help for preparation, but doctors can refer to the models throughout surgery.

“3-D printed models offer great visualization of patient’s anatomy spatial relationships. It is easier to realize the size of a tumor and its proximity to surrounding vessels and liver margins,” Witowski explains. 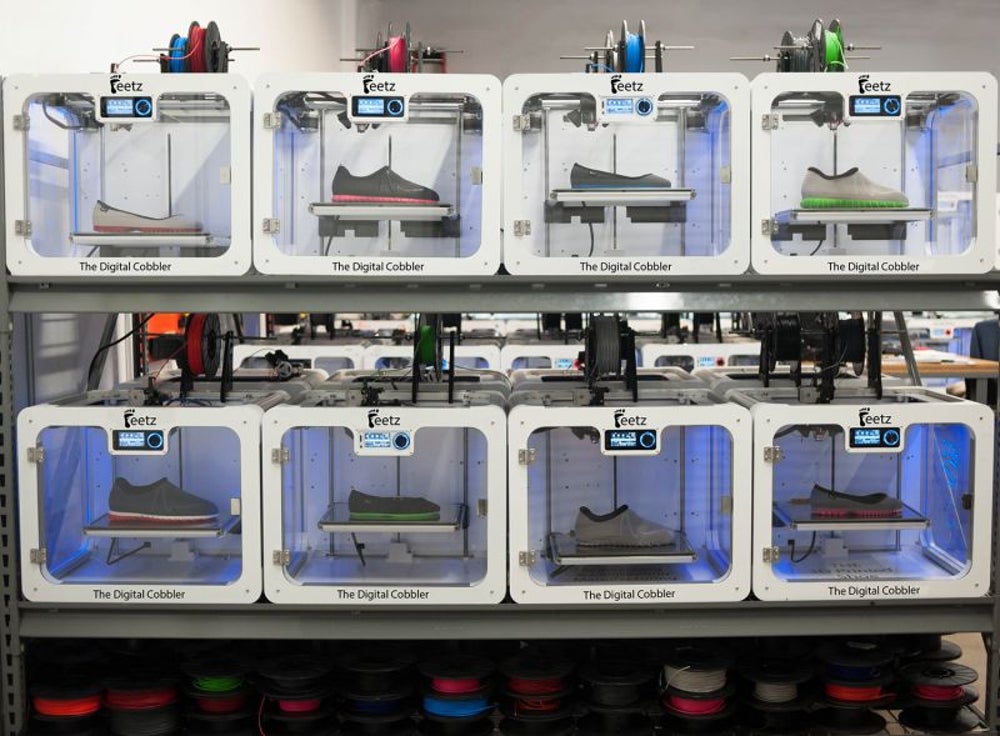 When it comes to shopping, Brown’s size makes it difficult to find items that fit him, especially his size 28 feet. With the help of Feetz, a company that uses an app to convert an image of someone’s feet into shoes using 3-D printing, he’s able to have shoes that fit. Feetz CEO Lucy Beard was happy to help. "We've never done a shoe this big before, but we're just excited to get Broc some comfy shoes,” she said. 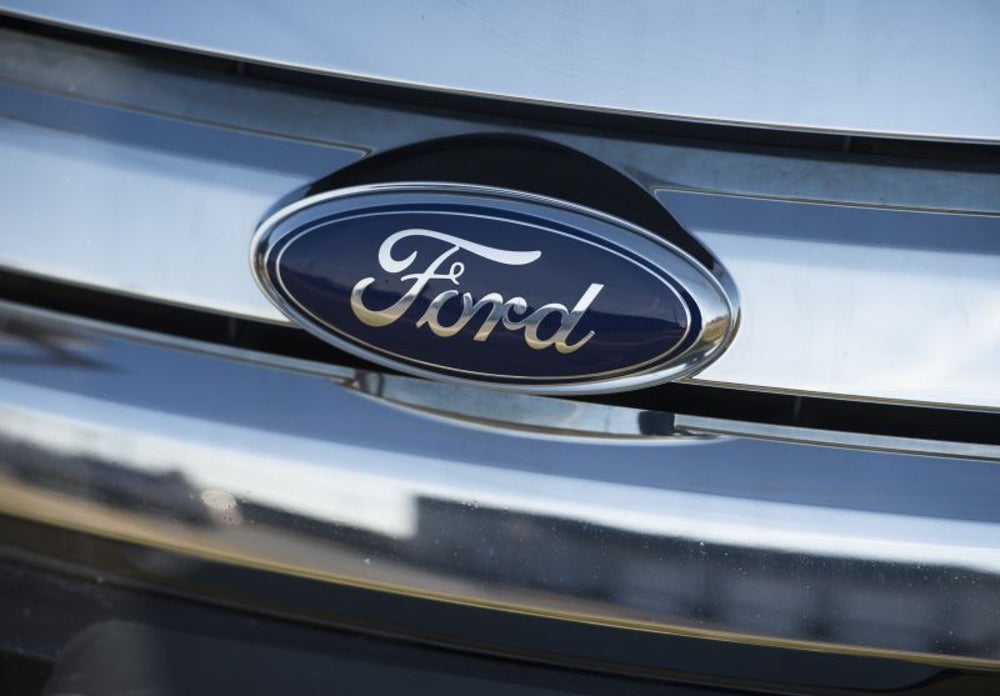 In March, Ford announced that it is testing 3-D printing for large-scale parts with Stratasys’s commercial-grade Infinite Build 3-D printer.

The project will determine whether Ford will be able to use 3-D printing to create auto parts in low volumes -- ultimately driving down costs and allowing customers to purchase made-to-order pieces. Typically, producing auto parts requires the use of specific, expensive molds to build certain components, but because these molds are so costly to create, it has never made sense for manufacturers to build them for single or small-batch use (unless the customer is willing to cover the costs).

In addition to costs, 3-D printing could also create auto parts from lightweight materials, in turn increasing fuel efficiency and being more environmentally friendly. “Ford estimates that a 3-D printed spoiler could be less than half the weight of the equivalent made from a metal casting,” TechCrunch reports. 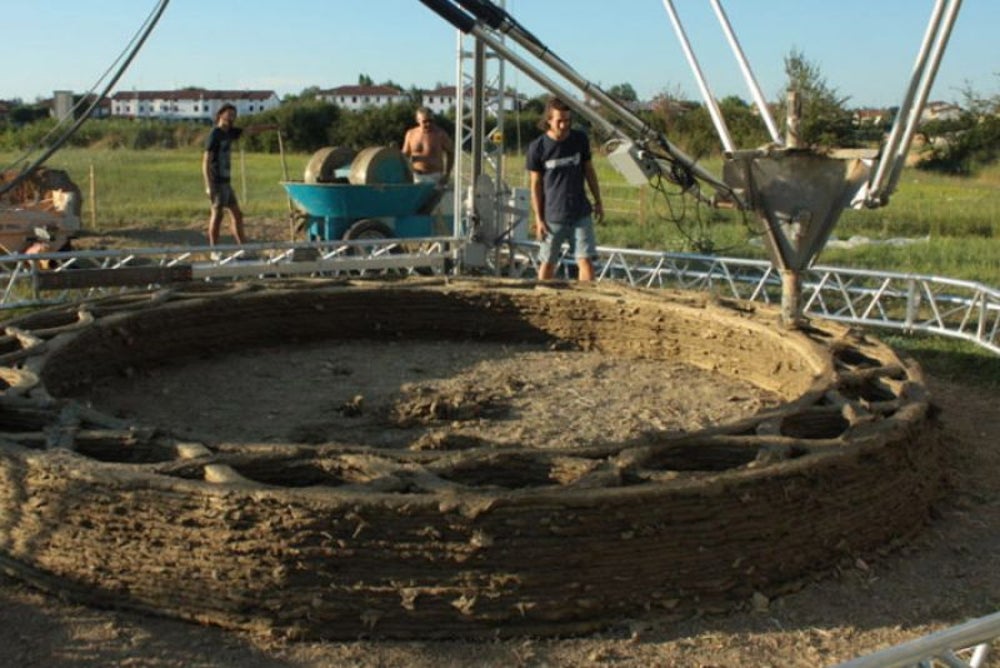 “The aim of WASP is to build ‘zero-mile’ homes, using materials found on the surrounding area,” the company explains on its website.

Most recently, the company is building “the first house entirely printed with eco-friendly, locally found materials,” it said in a blog post. 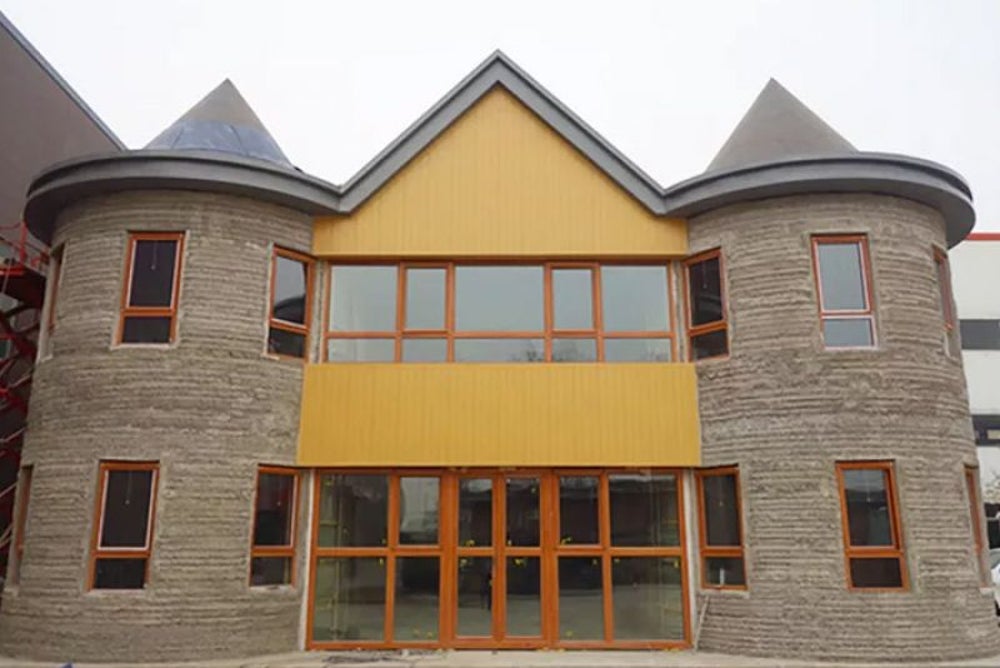 Three-D printing will also improve our ability to respond to emergency disasters.

Beijing architecture firm HuaShang Tengda recently constructed a 3-D printed "indestructible" mansion that can withstand an 8.0 earthquake. Built from concrete and other raw materials, the two-story villa measures about 4,305 square feet and took only 45 days to construct. 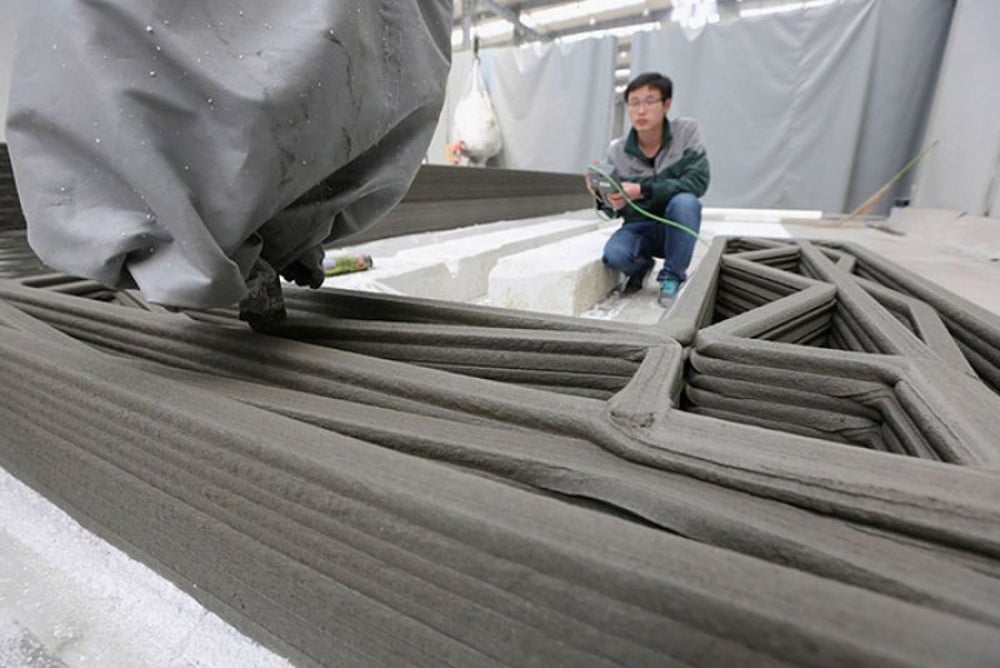 The Chinese engineering company WinSun Decoration Design Engineering constructed a set of 10 single-story homes in under 24 hours through its 3-D printer (a device that took the company 12 years to create).

Reusing materials from construction waste and glass fiber to create a cement base, the company printed “prefabricated panels” that were then transported and put together on-site.

With each house costing roughly $5,000 to construct, 3-D printing is a viable solution to provide housing to those in need. 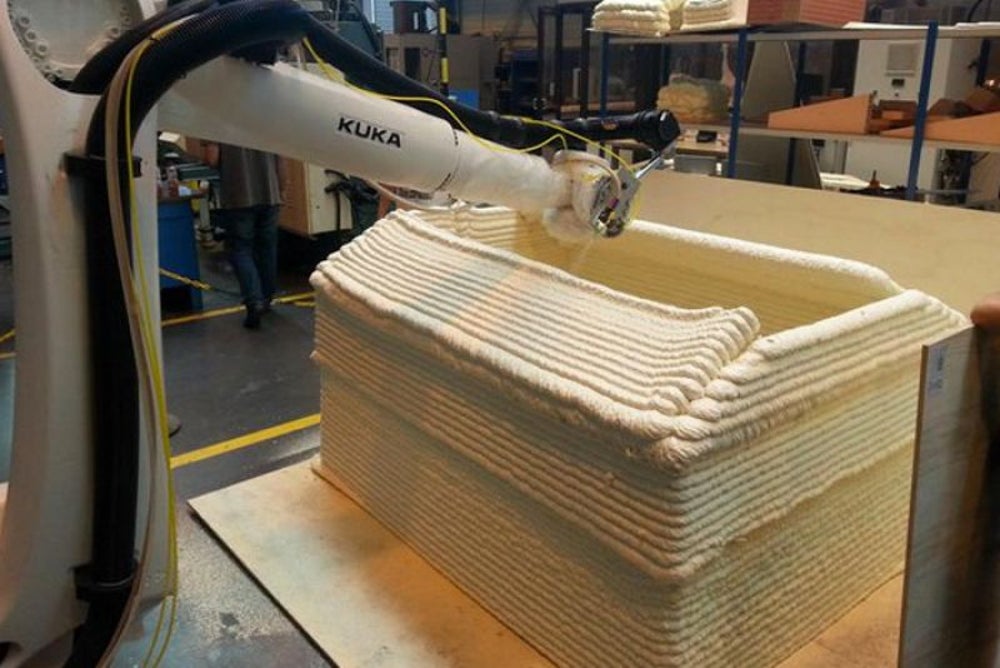 When disasters strike, vasts amounts of people are left without housing. Three-D printing may have a solution.

Researchers at the University of Nantes (IRCCyN) in France and engineers from the company  Capacites came together to create INNOPrint 3D -- a 3-D printer that can construct 9-foot-by-9-foot houses in 20 to 30 minutes. 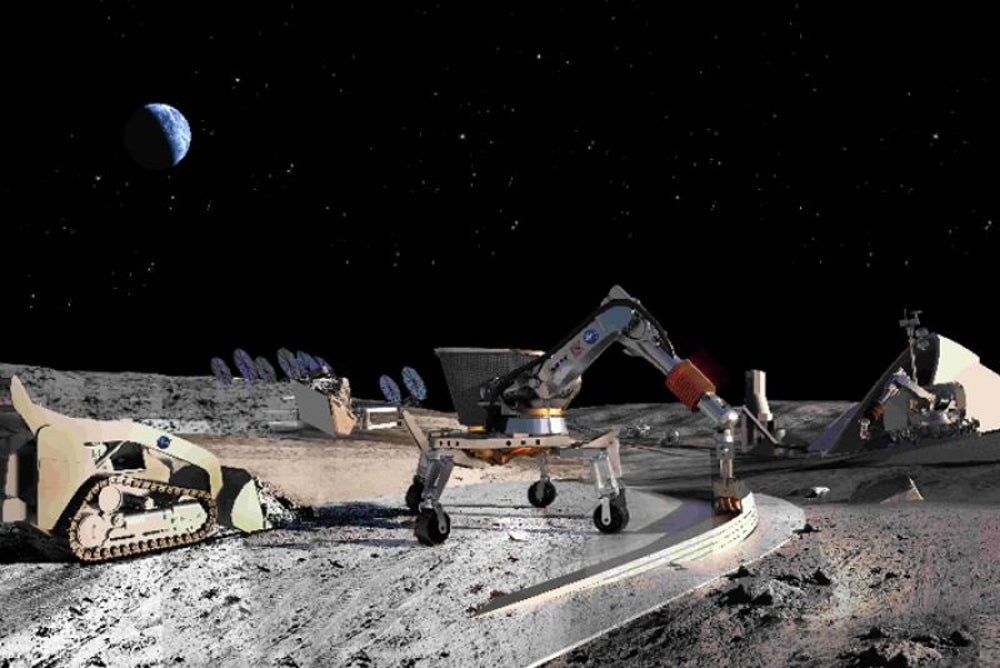 Living on Mars isn’t so far-fetched after all.

Contour Crafting, a 3-D printing technique created by University of Southern California researchers, has the potential to build safe and reliable structures on extraterrestrial habitats such as the moon and Mars, primarily using materials that already exist on both bodies.

With funding from NASA, the process allows computer-controlled machines to build houses and structures using concrete and even lunar soil, reports the Daily Mail. The buildings would also include radiation shielding, plumbing and electrical networks.

The researchers' ultimate goal is to construct livable habitats for “future human exploration” of space, so explorers can safely spend long periods of time on the moon and Mars. 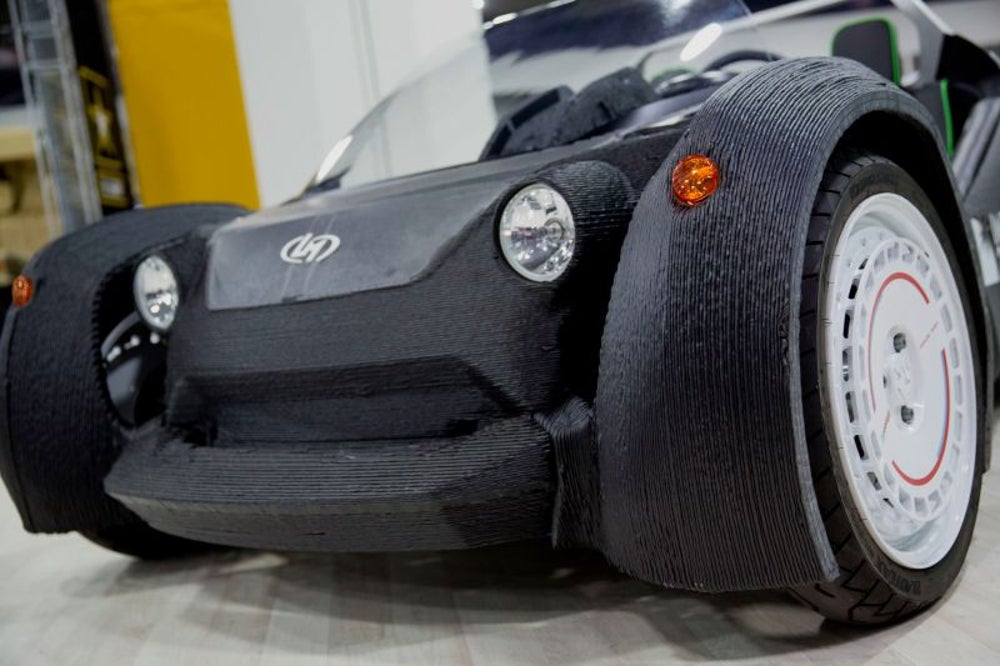 With all of the hype around 3-D printing and self-driving cars -- why not combine the two?

Local Motors’ most recent vehicle has a completely 3-D printed body with a windshield video screen, and of course, no steering wheel.

The company says the car is sustainable and efficient. Using direct digital manufacturing (a process that produces parts from a CAD file), Local Motors says the process leaves a small footprint.

Emerging Markets Are the Next Frontier of 3D Printing

This 3-D Printed Home Can Withstand an 8.0 Earthquake

Check Out Björk's Amazing, Creative and Freaky Use of 3-D Printing

CocoJet: 3-D Printing and Hershey's Chocolate, Together at Last