Ones to Watch: 12 Athletes Show Us How It's Done on Social

I have been obsessed with the Olympics ever since I was a kid. I can still remember saving the Sports Illustrated Olympic editions, cutting out newspaper clippings about my favorite athletes and recording on VHS all the events -- from the lighting of the torch to the awarding of the last medal -- and everything in between. It was, given the times, my way of feeling connected to the athletes, celebrating the spirit of the games and adding dimension to a global event in a far off place.

As an adult I remain engrossed with the pomp and pageantry, the gold medals and global citizenry, but what I and so many others continue to enjoy are the myriad personal stories of the athletes. Individual tales abound -- some heartwarming, some heartbreaking -- and social media now affords us a more intimate view into the life and times of world-class athletes, dream makers and record breakers.

Contributing to this closeness, like many celebrities and entertainment figures, is the active participation of the athletes themselves. Many use their success on the field, track, beam, court and more to create their own, personal brands and turn to social to do so. So as the world descends on Rio, I’ve compiled a list of athletes worth watching on social -- and identified some lessons entrepreneurial brands can take away.

Not purely a list of well-known stars (though a few were a must), this diverse group of athletes embody what social is about–interesting stories, authentic conversations and engaging personalities. Some profiles give a glimpse into the grueling training efforts, while others show that even people at peak physical performance need to eat a cupcake every once in awhile. 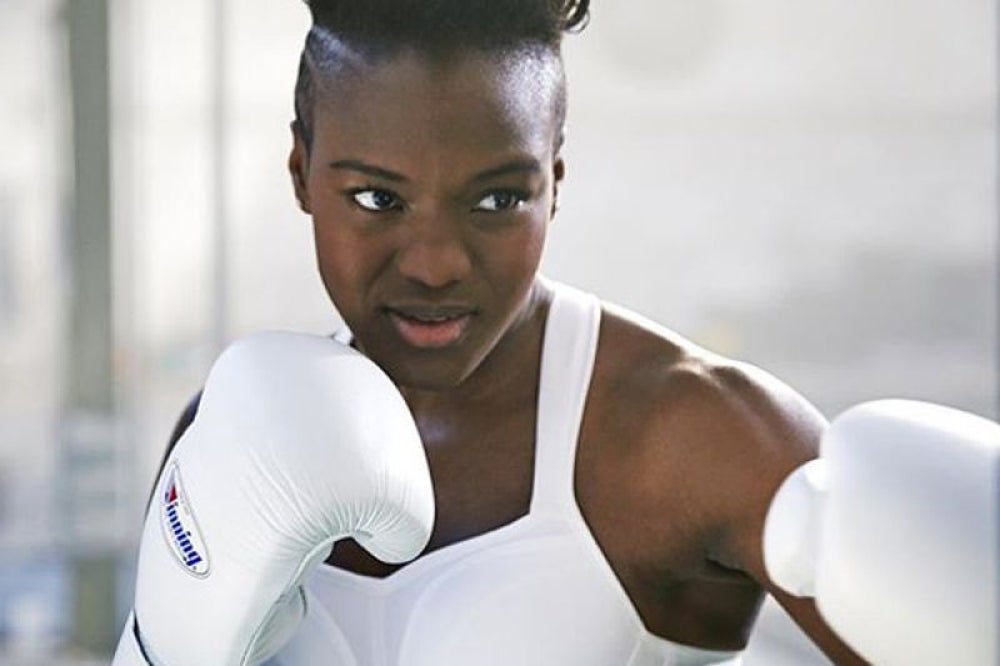 What makes them interesting: As the first woman to win an Olympic boxing title, Adams has a robust presence on Twitter, Instagram and Snapchat. On all three platforms, she provides fans with insight into her training routine and personality. She also has a branded hashtag and is vocal about her cause marketing efforts (Fight For Peace) on social.

Follow her if: You want a healthy dose of female empowerment and inspiration.

The lesson for brands: Don’t just talk about yourself of social, find a meaningful cause to both your brand and your community and support them in an authentic way. 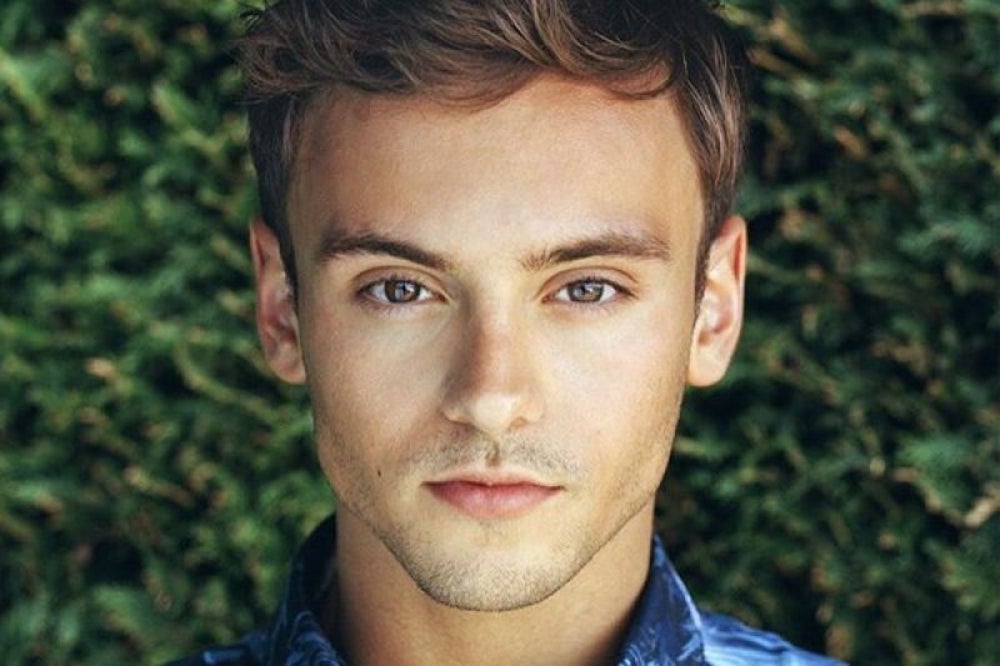 What makes them interesting: Daley is no stranger to social media–the diver has been posting on his YouTube channel for more than five years. His social media channels are well-curated looks into how he lives and trains—and he also adds value for his legion of followers, including tips for eating healthy and sample workouts that are easy to follow and adopt.

Follow him if: You want a well-produced and fun look into an athlete's life or want to give a world-class athlete’s workout a shot.

The lesson for brands: Video, and lots of it, is often the easiest and most engaging way to communicate your message and bring some life into your brand. 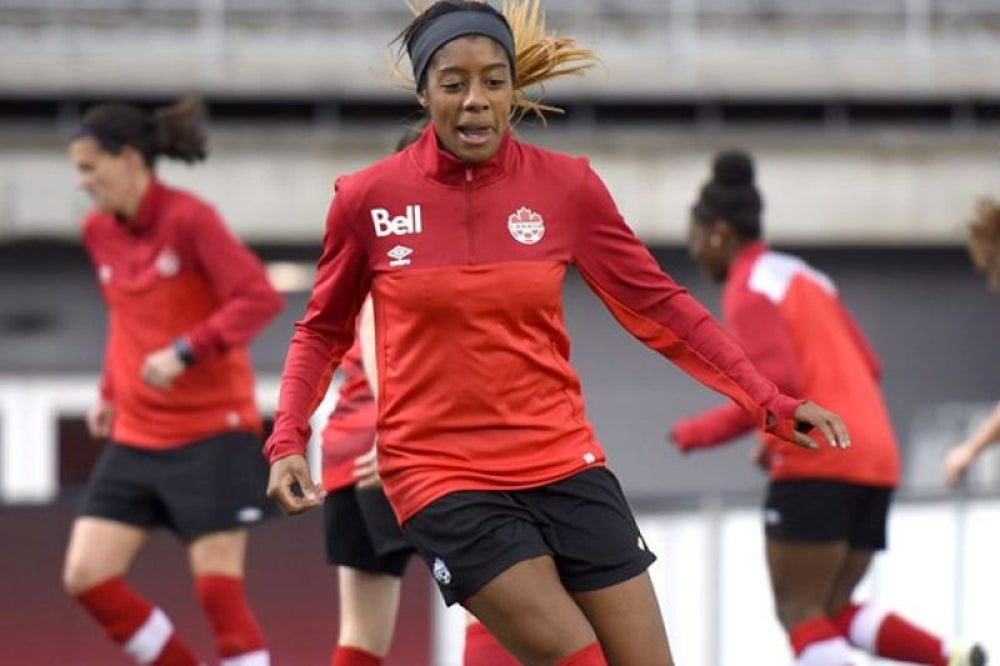 What makes them interesting: Lawrence’s social game is mostly tied up in Snapchat; in fact, her Twitter bio directs you there. Her Snapchat story includes face swaps and hanging out with her teammates–somewhat standard Snapping material. But getting a behind the scenes look at the everyday life of a top soccer star and her team kicks it up a notch. Her Instagram feed is full of inspirational messages, team shots and selfies.

Follow her if: You’re looking for some team camaraderie, inspiration and a lot of Canadian pride.

The lesson for brands: A company isn’t built by a singular person or voice, so use social to highlight your dynamic team and the wonderful work they do. 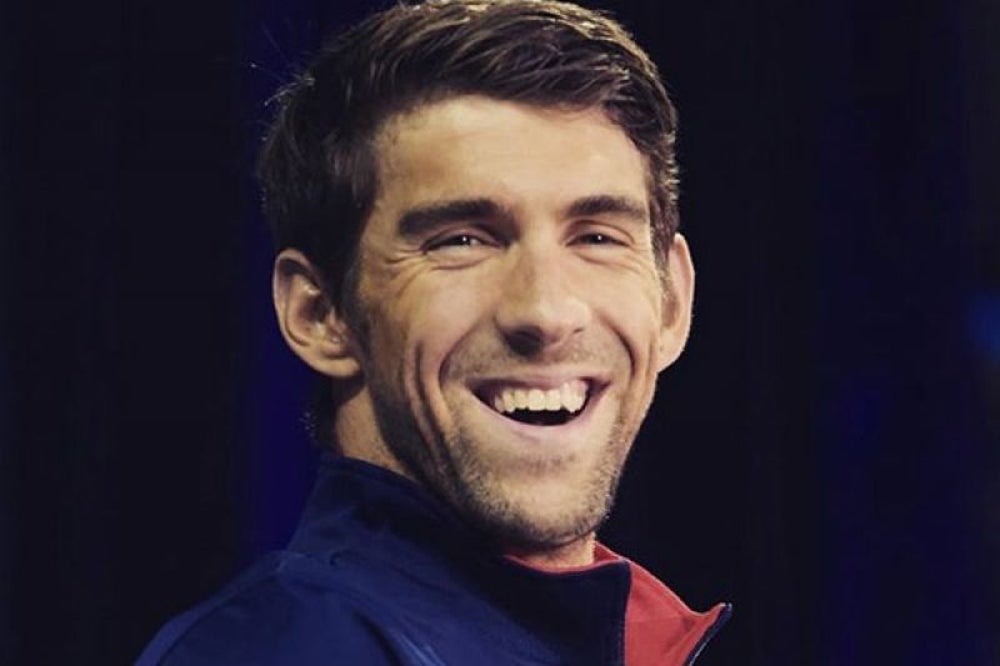 What makes them interesting: At 31 years old, Phelps is coming out of retirement to participate one last time. The swimmer recently shared an epic underwater Instagram photo of the USA Swimming Team and Tony Parker, Point Guard for the San Antonio Spurs. Based on his own notoriety, we doubt Parker will be the last celebrity to make an appearance on Phelps's social feed.

Follow him if: You want to watch the most decorated Olympian of all time listen to Lil Wayne on his quest to collect more gold.

The lesson for brands: You might be the biggest brand in the world—but aligning yourself with other people and companies on social can increase your audience and global reach.

Related: 5 Things Entrepreneurs Can Learn From Rio's Preparation for the Olympics 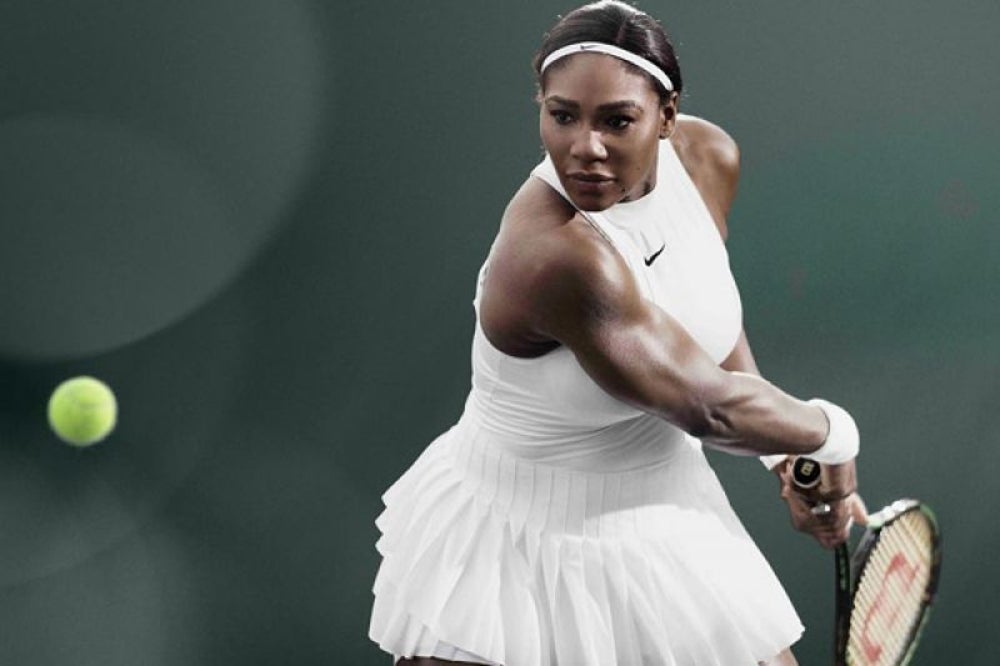 What makes them interesting: Although her Twitter feed is mostly just links to her Instagram images, her influence on the network is much greater. In fact, @serenawillams garnered three times more Twitter mentions than @nike and @nikecourt combined in June according to data from Sprout Social. Her Instagram and (more recently launched) Snapchat illustrate the intersection of athletics, style and celebrity in more lighthearted form than what people are used to seeing when she’s the laser focused queen on the court.

Follow her if: You want to see the many sides of Serena -- a more playful and unfiltered look into the life of one of the greatest athletes of all time.

The lesson for brands: Sometimes the most well-known brands are in need of a dose of dimension. Use social to unveil another side of your company, have fun and showcase your uniqueness. 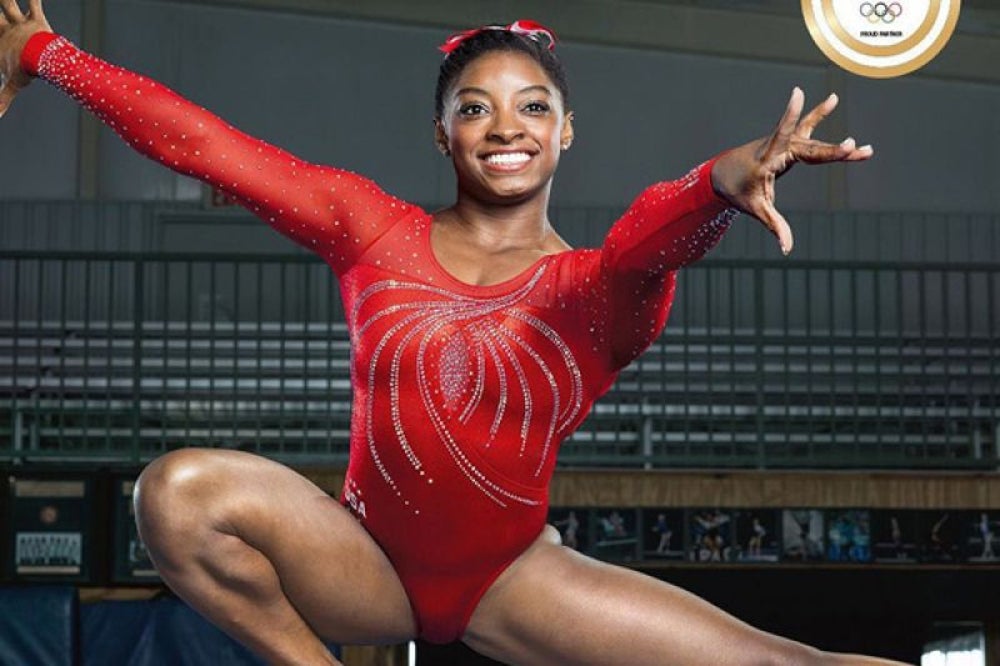 What makes them interesting: She is America’s latest obsession and her social channels only feed the “America’s sweetheart” persona.  Lots of behind-the-scenes giggles and images from the entire team make her social profiles feel like a piece of apple pie. As a favorite heading into Rio, she gives a behind the scenes look at the US gymnastics team as they prepare to make more history.

Follow her if: You’re a member of the “Gymternet,” want to feel like you’re a very accomplished high schooler again or just want a nice reprieve from all seriousness.

The lesson for brands: Social media doesn’t always need to be about perfect messaging and promoted posts. Feel free to inject a few authentically-you comments and you’ll be amazed at how your community responds. 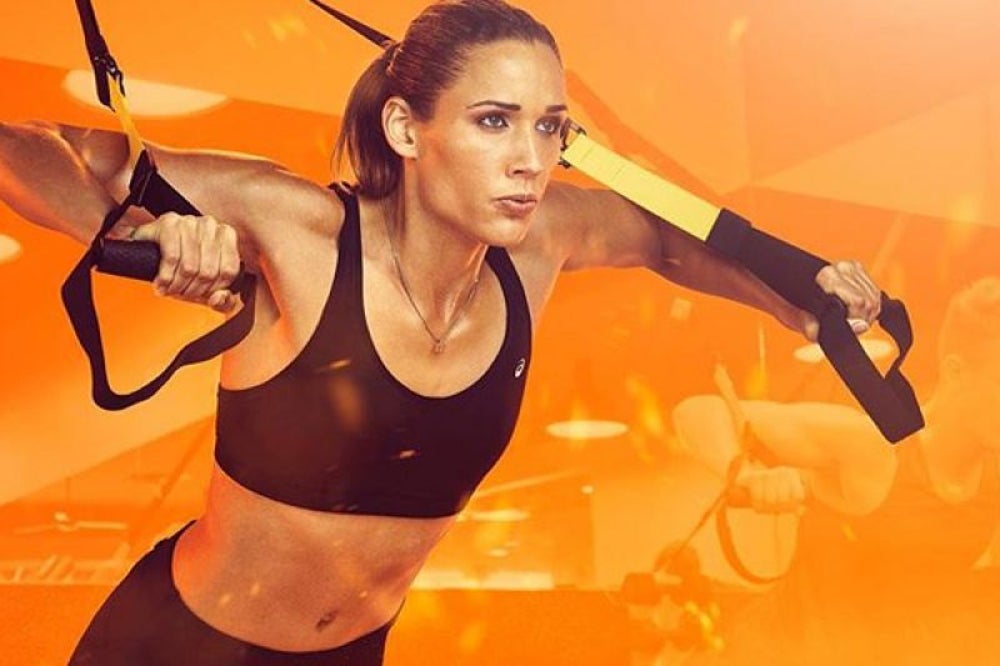 What makes them interesting: Jones is considered to be an “Official Story” on Snapchat so you know she’s got some top-notch videos and filter usage. This isn’t her first rodeo–she competes in both the winter and summer games—so she is sure to have some insider information.

Follow her if: You’re looking for some light-hearted sass from a true veteran.

The lesson for brands: You’re an expert in your field and your audience wants inside information. Use social to give them some scoop or behind-the-scenes information whenever you can. 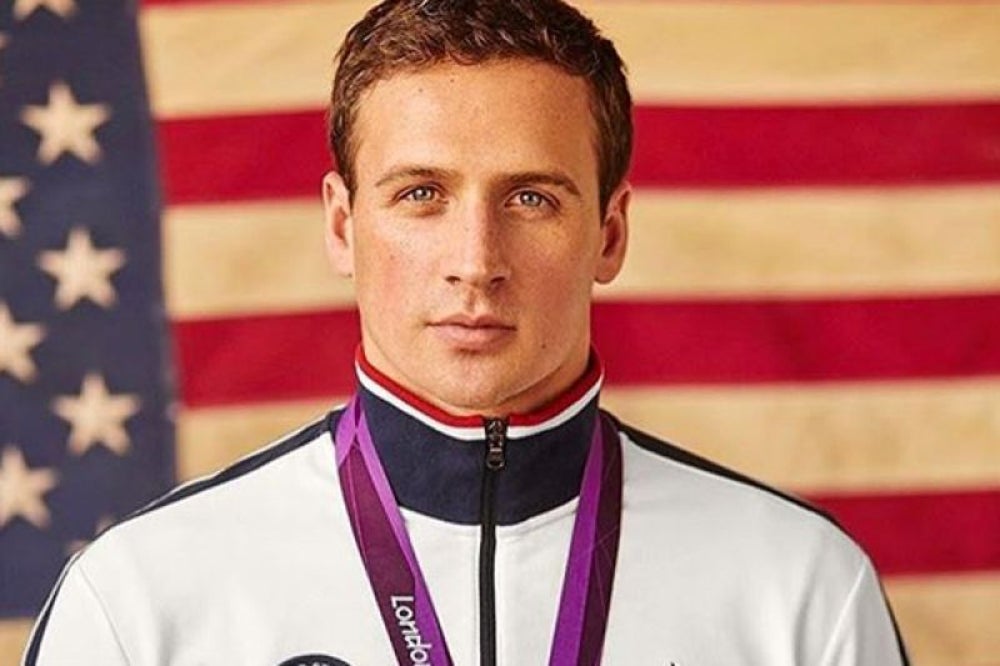 What makes them interesting: As one of the stars of the 2012 London games, Lochte has a certain frat-boy cache that makes him oddly lovable–evidenced by his resulting reality show in 2013. He may not be a philosopher, but Lochte’s smile, abs and innocent-enough bro-humor shine through his social profiles and have earned him a loyal following.

Follow him if: You’ve been going through Lochte withdrawals since his reality show was cancelled.

The lesson for brands: Perception is reality, right? Understand how the outside world may view you and, if you’re comfortable and it aligns with your goals, play along and work it into your voice, tone and demeanor.

Related: Olympic Athletes Turn to Crowdfunding for Travel Expenses, Training Gear and a Ticket to Their Dreams in Rio 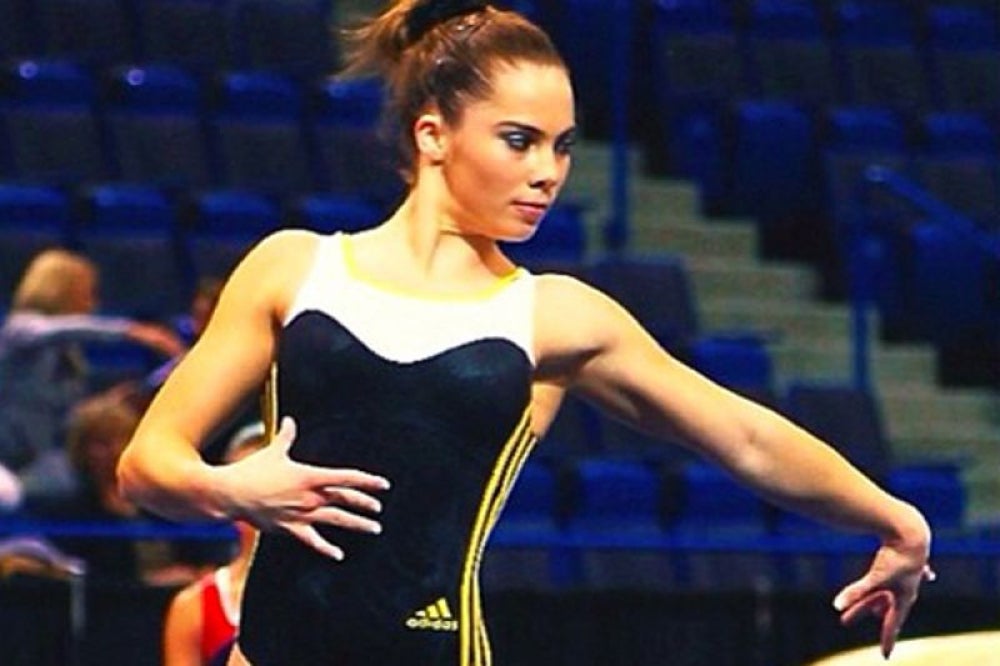 What makes them interesting: While she is no longer a competitive athlete, Maroney isn’t stepping away from the spotlight. Not letting the meme-ified “not impressed” smirk on the medal stand define her, Maroney is now an aspiring singer and actress, cultivating a social presence to match her career shift.

Follow them if: You want a glimpse into the evolution of an accomplished athlete after they’ve stepped out of competition.

The lesson for brands: Sometimes reinventing your brand is a necessary part of growth. Social is a great place to seed and debut that reinvention. 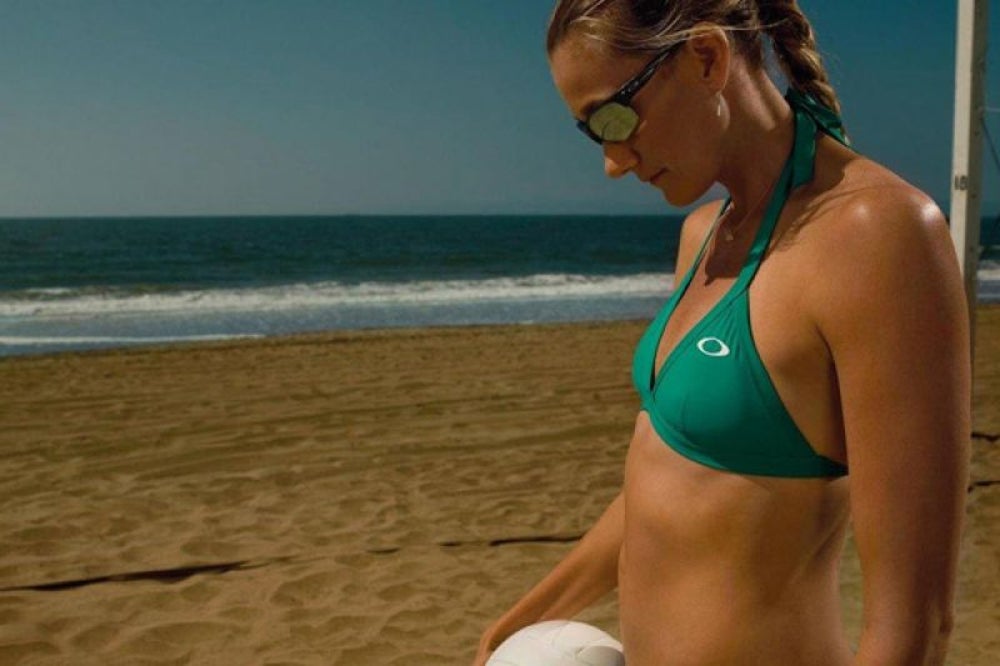 What makes them interesting: She has three gold medals but it is her three children that take center stage in her social media feeds. The volleyball veteran regularly shares adorable photos and videos of her children, rounding out her feeds out with inspirational messages and the occasional promotion.

Follow her if: You want a sense of how an athlete balances training, competition and family.

The lesson for brands: Your community wants to be inspired. Forgo the tired successories quotes; but do provide inspirational ideas and messages that reinforce your brand and relate to their lives. 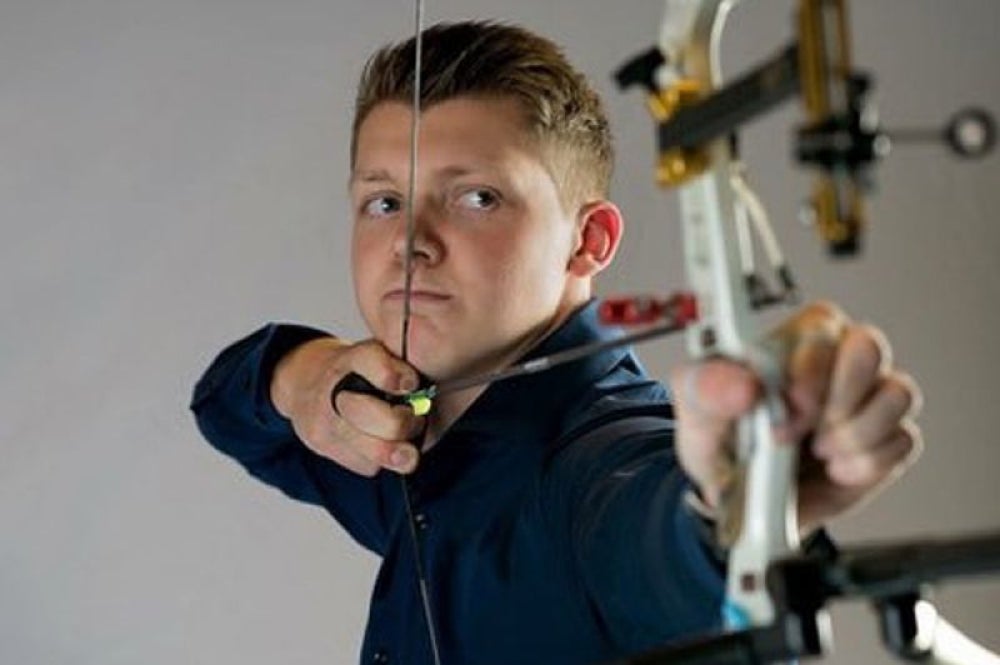 What makes them interesting: A male archer from the Netherlands, Sjef van den Berg is headed to his first games. Sure, he doesn’t have a ton of followers but his presence on social, particularly Instagram, is extremely earnest. He responds and regularly interacts and engages with fans. Take for instance this Instagram post where he updates his followers on his training progress and takes the time to answer a fan who has a question about his vest. Sjef van den Berg is also active on YouTube where he partnered with World Archery to share how-to archery videos.

Follow him if: You need a reminder that athletes struggle with technology, just like the rest of us.

The lesson for brands: Realize and admit your weaknesses. In the end, it will help you amplify your strengths and grow your brand, business and loyal social community. 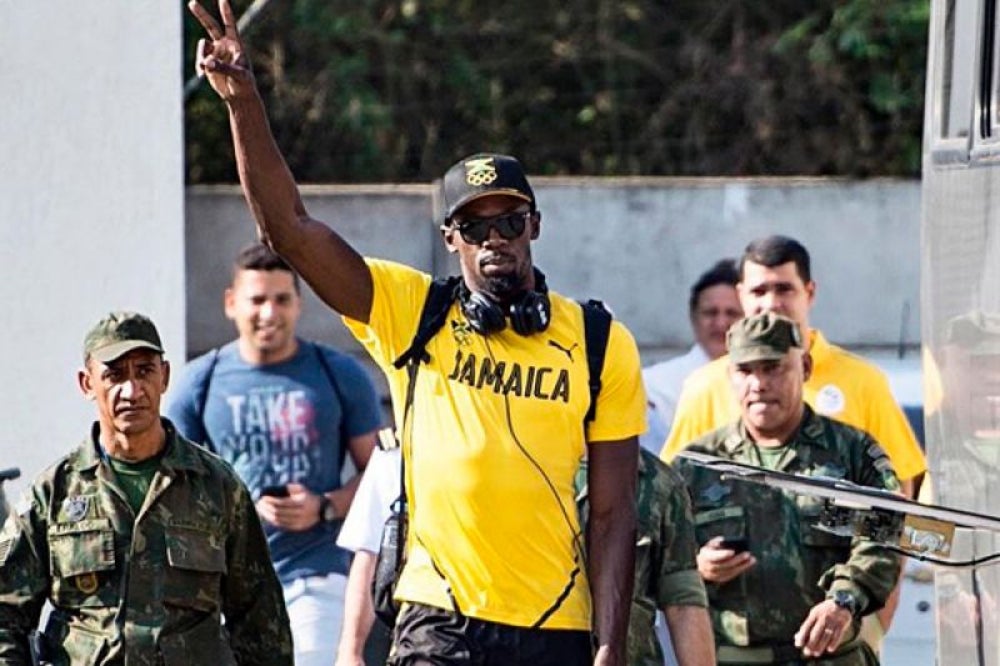 What makes them interesting: He’s the fastest man alive with a personality to match. He’s been in the international public eye more than a decade so his social feeds are well-managed and have a more corporate feel. But his personality intermittently shines through and it is always interesting to see the amount of work and weights that go into peak athletic performance.

Follow him if: You want to see how the fastest man alive lives and showcases his physique and endorsements.

The lesson for brands: Highlight your advocate endorsements. While not every brand has the ability or budget to align with A-listers, you can find your own star power in the form of brand advocates and influencers. Use them to reach new audiences and create an authentic voice.

How One Person's Ignorant Behavior Insulted an Entire Country