8 Science-Backed Techniques That Will Make You More Likeable

We all want to be liked. After all, likeable people have more friends, are more respected by their employees and co-workers and close more deals.

While you can't force or trick someone into liking you, you can make yourself more emotionally appealing to people. As Michelle Tillis Lederman, author of The 11 Laws of Likability and Nail the Interview, puts it, "You can't make anybody like you, but you can enable people to see what is likable about you. A lot of these things are not necessarily tricks that are meant to manipulate and deceive, but they're honest ways we connect and make others feel good."

Jack Schafer, a behavioral analyst, retired FBI agent and author of The Like Switch, says that good salespeople do these things instinctively, which is what makes them so successful.

"It's little things that get people to like you," he says. "You have to pay attention to those things."

Related: How to Hack Your Brain Chemicals to Be More Productive

Here are eight science-backed techniques you can start employing immediately to make yourself a more appealing person: 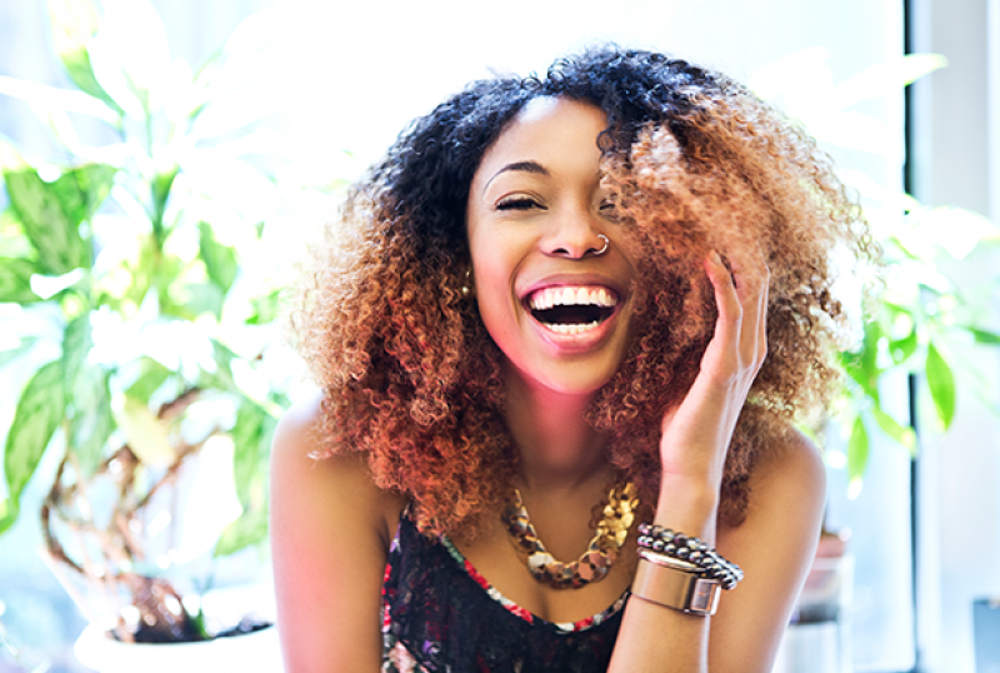 If it sounds simple, it's because it is. Smiling triggers your brain to release endorphins, which makes you feel good. And guess what? Smiling is contagious.

"People read your body language and facial expressions far more than hear your words or hear your tone of voice," Lederman says, "so that smile is immediately welcoming, disarming and relaxing to the other person."

You shouldn't just smile at everyone though, says Tim Sanders, author of The Likeability Factor. It has to come from a place of authenticity. However, you should always smile back at someone who is smiling at you. 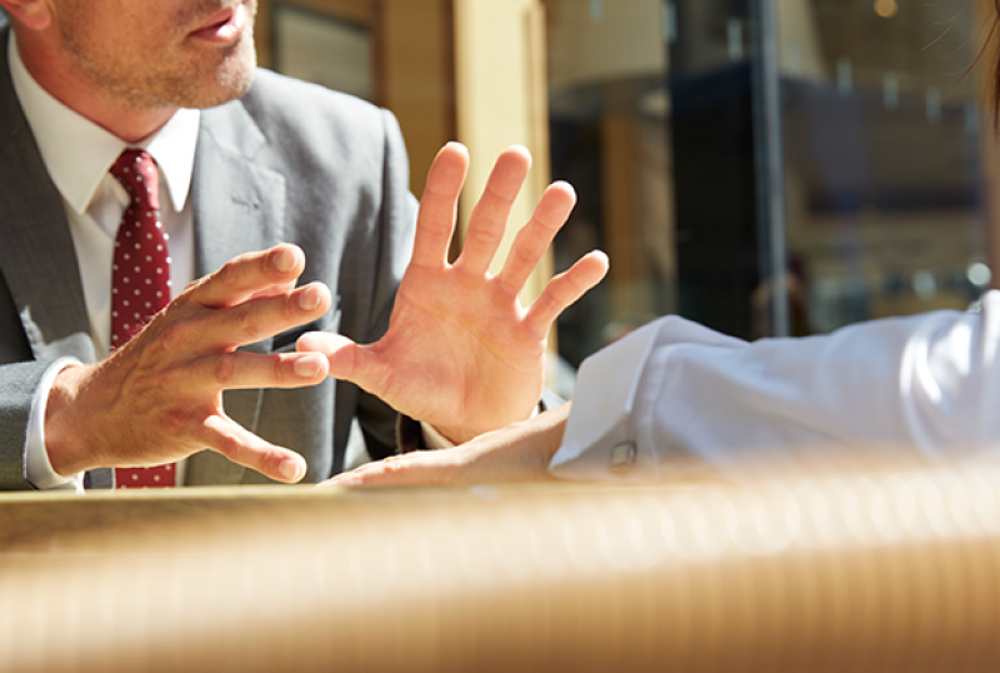 We humans are just animals in fancy clothes. That's why, along with smiling, you can use visual cues to let other people know that you're not a threat. These include raising your eyebrows and tilting your head, Schafer says. The head tilt exposes your critical carotid artery to the other person, showing trust. Crazy, right?

"What typically happens is our brains are looking for threats in the environment," he says. "We communicate nonverbally. When the brain sees friendly signals, it can focus on other things. It's important to learn about these signals so we can use them appropriately."

Stressful situations, such as job interviews or client meetings, trigger your flight-or-fight response, making you defensive and closed off. Intentionally utilizing these physical signals, along with smiling, overrides this heightened state.

Related: 4 Ways To Push Through Adversity and Failure Without Ego

3. Make the other person feel good. 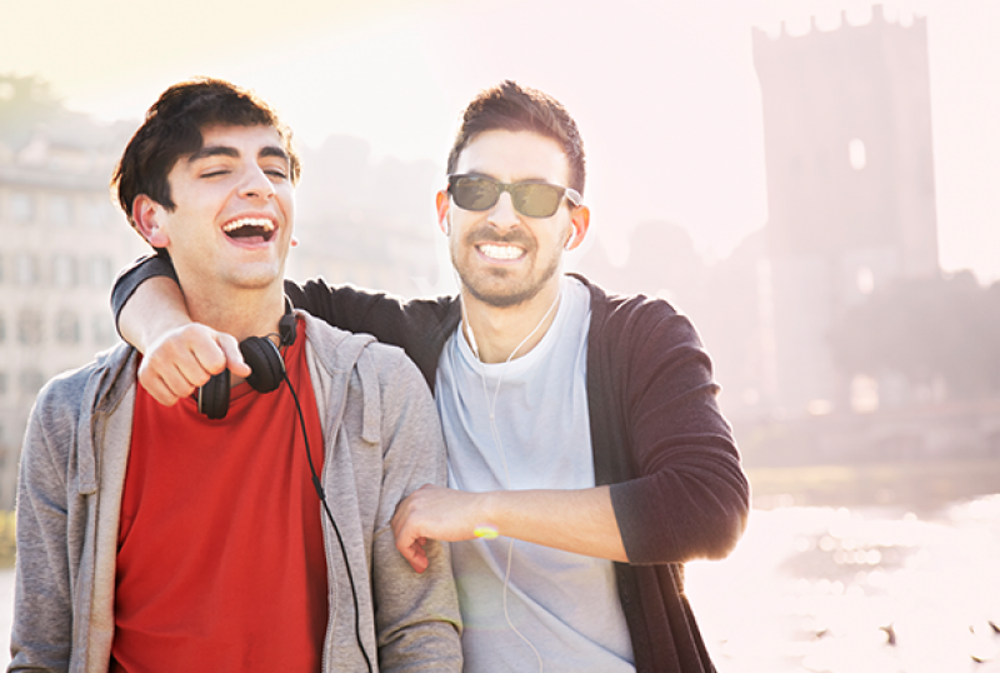 "If you want people to like you, make them feel good about themselves," Schafer says. "We have to take the focus off us and put it onto the other person."

There are many ways to accomplish this.

"Appreciation, recognition, a thank-you, direct eye contact, a compliment, asking their advice -- all of these are ways in which we make someone feel good," Lederman says.

In conversations, employ empathic statements. For example, if someone looks happy, say something such as, "looks like you're having a good day," Schafer says. If that person responds, "I just closed a deal," you can reply with, "you must have worked hard." He or she will walk away feeling good, and in turn, those feelings will reflect on you. Avoid direct flattery, as that can make people defensive. 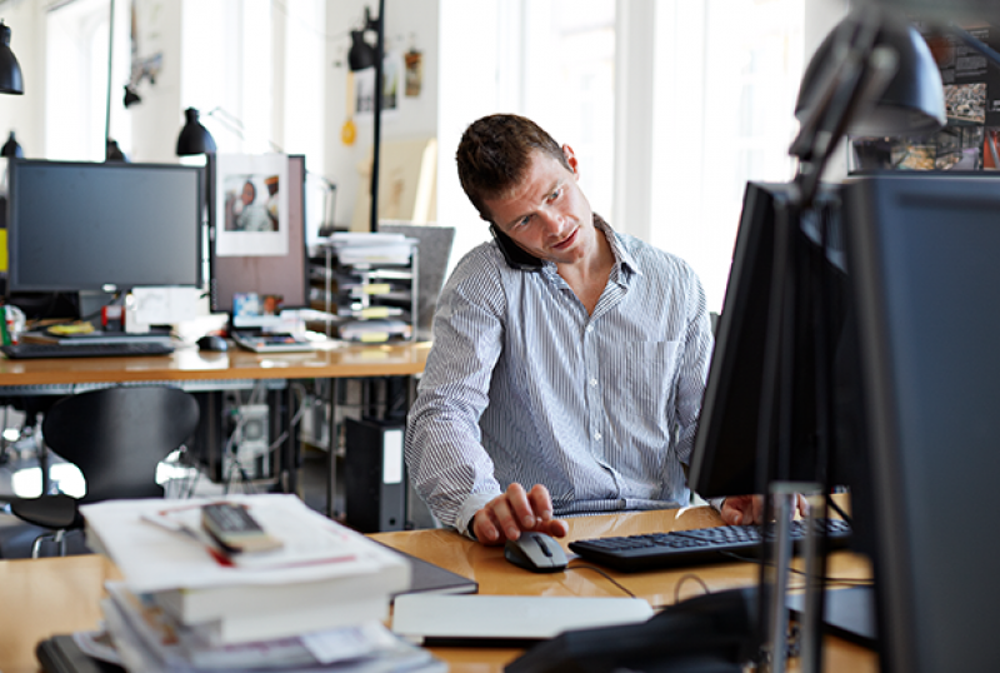 Why are Bill Clinton, Oprah Winfrey and Ellen DeGeneres so likeable? These are individuals who make others feel like the most important people in the world during a conversation. There are some simple ways to follow their examples:

"Leave your phone at your desk. If you have a meeting, turn it off and turn it over," Sanders says. "Look that person straight in the eye and be fully engaged the entire conversation. If you're at lunch, don't pay attention to anyone else around you but your server."

Even be aware of details such as where your cups are placed, Schafer says. If they are between you and other person, they can act as a barrier. Make sure they're off to the side.

Related: Don't Read This! (It's Only the Most Valuable Psychology Hack You Can Learn.) 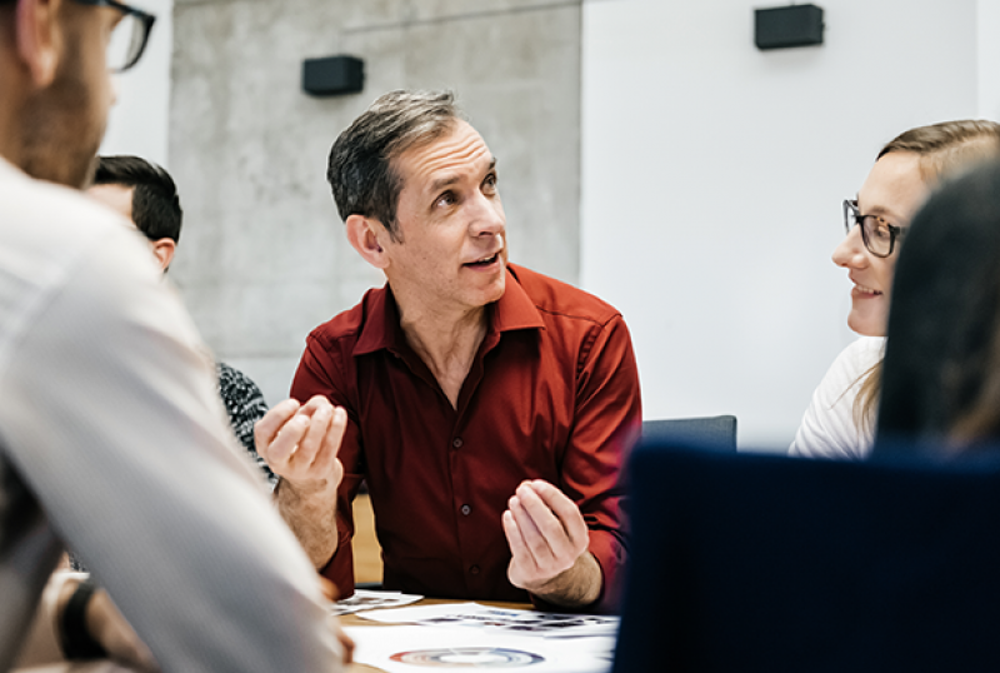 Remember, people love to talk about themselves, and when they feel good, they'll feel good about you.

Open conversations by asking about the individual's "wow project" -- something he or she is working on and really excited about, Sanders says. "Listen until they're tired of talking about their passion project. Usually, it's five minutes, but it will be the best five minutes of that conversation."

You should also be thoughtful about the types of follow-up questions you ask. "Ask a question in an open-ended format that shows you're really interested in the answer," Lederman says. "From that point, you can listen and ask additional questions, probe a little further -- don't interrogate -- or you can listen and share. When you share something of yourself on the same topic, you start to show a connection, a relatability, a commonality, and people like people like them."

Finding common ground is also a classic technique that builds rapport. You can do this by finding things you have in common with the other person, building a relationship over time or, the most powerful way, through a third person, such as a common connection or a close friend who works in the same industry as your conversation partner. 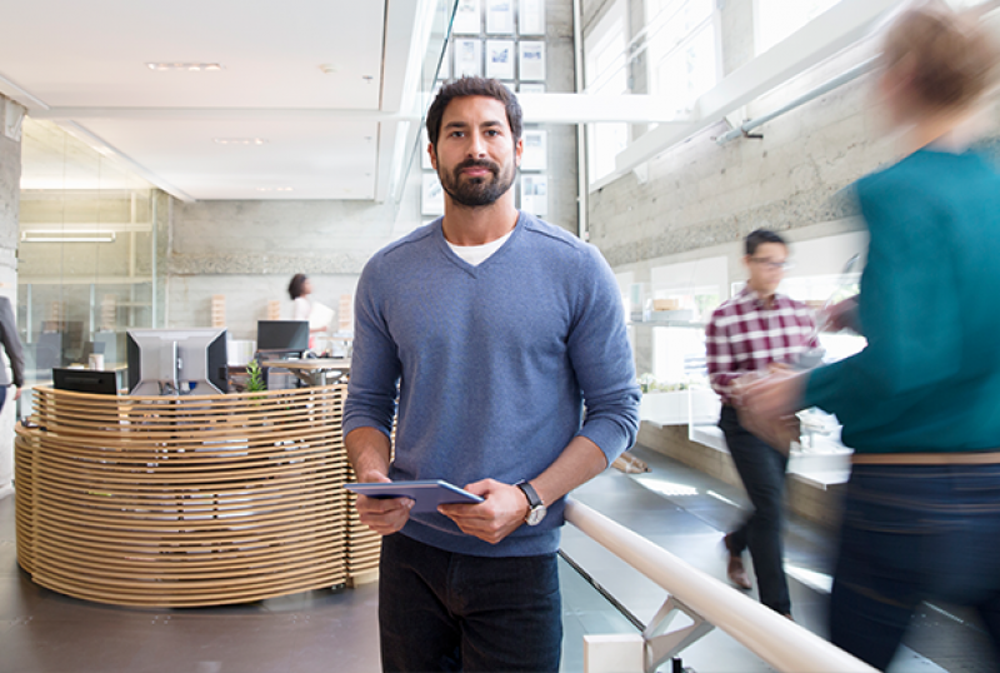 You're more likely to like those with whom you are familiar, such as co-workers, neighbors or that person you always see at the gym.

"The mere exposure effect is about familiarity, and that just means showing up," says Theo Tsaousides, a neuropsychologist, speaker and author of Brainblocks: Overcoming the Hidden Barriers to Success.

Persistence is key here, but obviously don't cross the line into stalking. For example, Tsaousides says frequenting the same cafe, sending emails and posting and/or commenting on a person's social media accounts are some ways to show up.

"It's a reminder that you're thinking of them," he says.

Related: 3 Tough Habits You Must Drop to Succeed 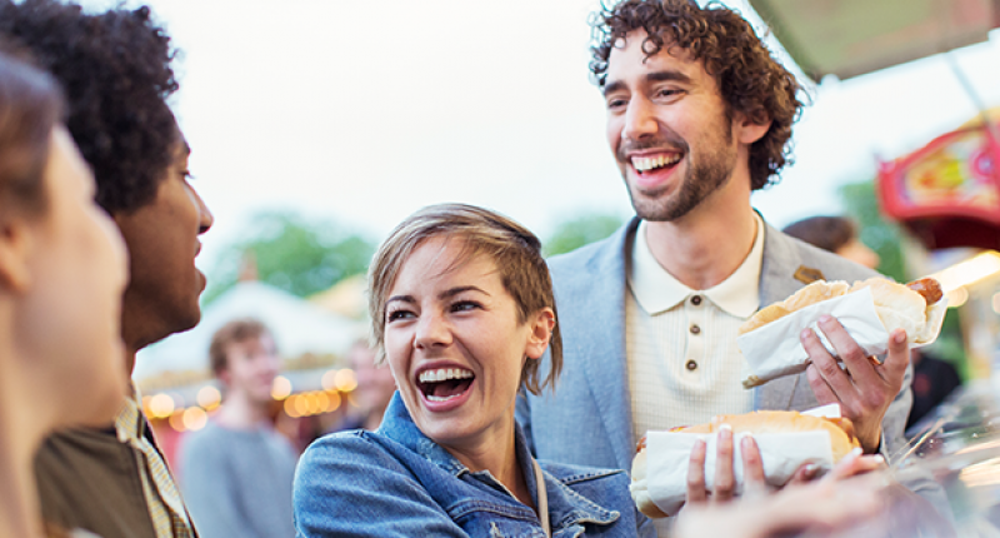 This is the concept that Lederman says increases all results. Whomever you meet, you should always be thinking about how you can help that person. It won't always pay off immediately, but this philosophy has a cascading effect.

"Giving creates value. To apply the law of giving is to think about how you add value to others," Lederman says. "When you're in a business situation, your thinking is not, 'how do I get the deal and what I need out of this customer?' but 'how am I adding value to this customer?'"

Sanders has a simple way to accomplish this goal: During every conversation, you should strive to give the gift of a piece of advice, he says. That will separate you from everyone else and make you more likeable.

"When you're sending messages to someone that 'I care enough to help you,' you're giving that person a message of 'I'm worthy to continue this relationship,'" Lederman says. 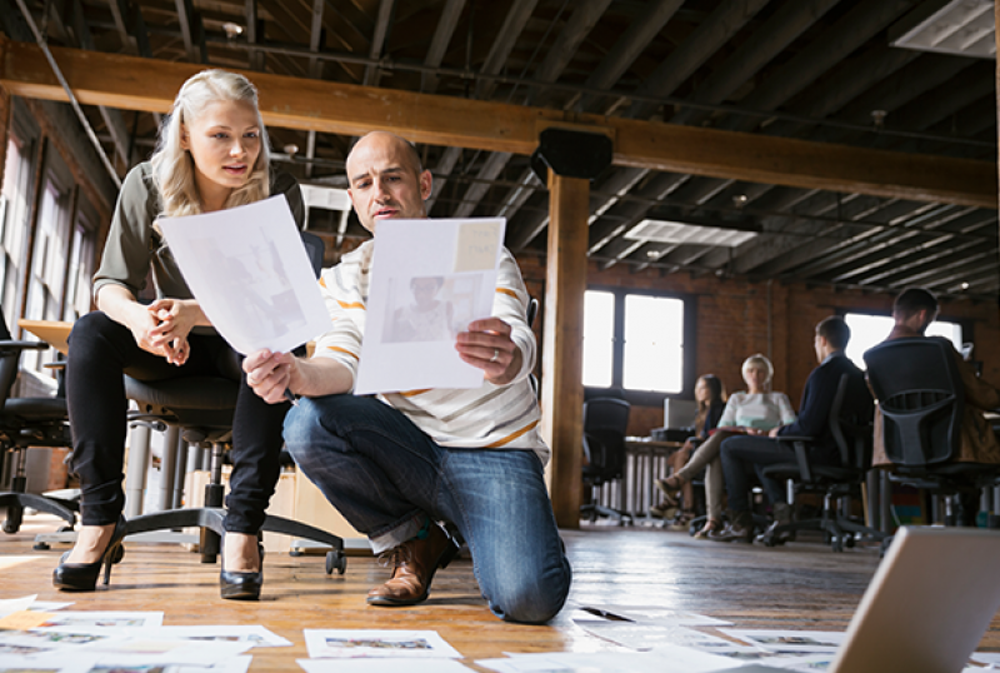 You don't necessarily have to agree with everyone, but you should go out of your way to make sure that every person feels like he or she has been heard. Treat feelings as facts, Sander says. For example, if a customer complains, seriously consider the feedback and let him or her know that it will be discussed internally.

"Psychologists would say that when you accept another person's feelings and you learn to say 'I'm sorry, I can only imagine how you feel,'" Sander says, "you deliver to them a powerful psychological benefit called validation, that they're not alone or stupid for feeling that way."

Related: How Your Personality Type May Be Stressing You Out at Work

Lederman agrees. "What validation really does is give a sense of empowerment," she says. "It tells how that response or thought had an impact, whether or not it's agreed with."
More from Entrepreneur