8 Groundbreaking Companies and Products Turning 10 in 2017

Check out what made 2007 a pivotal year for today's technology.
Next Article

Rose Leadem
December 29, 2016 5 min read
From Apple’s first iPhone to the device that changed the wearables industry, there are a number of companies and inventions turning 10 in 2017. Check out these eight companies and products that began shaking things up in 2007. 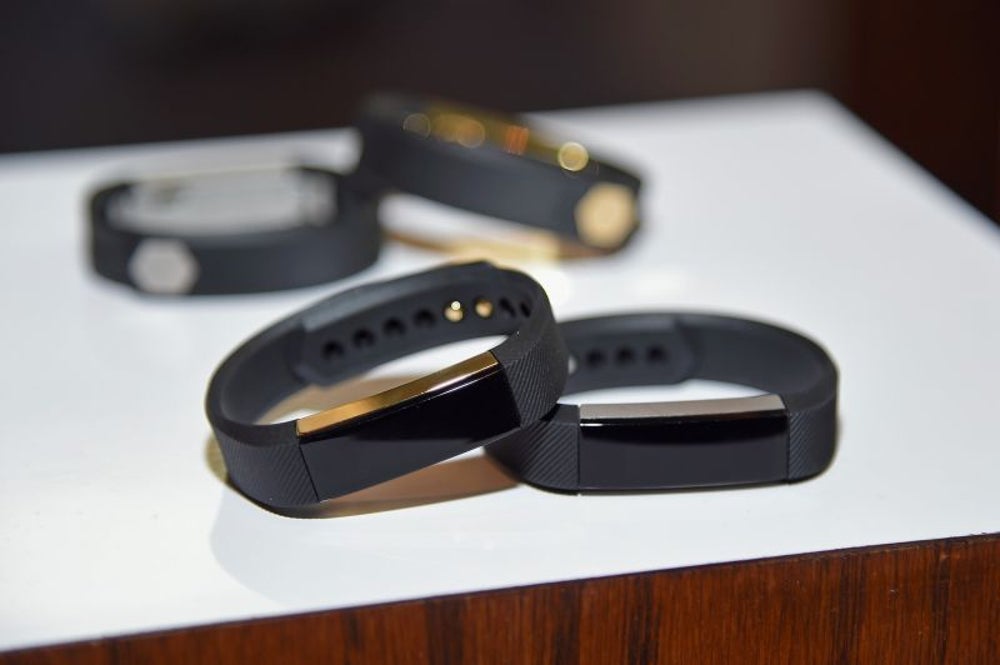 FitBit was founded on May 1, 2007, in San Francisco by James Park and Eric Friedman. Taking the wearables industry by storm, FitBit became a leader in smart tech wearables specifically for health and wellness.

After its $4.1 billion IPO in 2015, the company had shipped out more than 18 million fitness trackers worldwide. Since its birth, FitBit has improved its product every year, adding new elements such as an altimeter and a digital stop watch. The company unveiled four new products in 2016: the Blaze, Alta, Charge 2 and Flex 2.

As the leader in wearables, FitBit now approaches its 10th anniversary. While other big tech companies have followed the wearables trend such as Apple and Samsung, Fitbit still remains on top.

Whether you’re on the hunt for a new job, recruiting new talent or doing some industry research, Glassdoor has always been a one-stop shop for honest information about companies and up-to-date listings for job openings.

Glassdoor was founded by Tim Besse, Robert Hohman and Rich Barton in 2007. Unlike other job search platforms such as LinkedIn and Indeed, Glassdoor differentiated itself by offering peer reviews and company feedback.

In June 2016, TechCrunch reported that the private company had raised more than $200 million in funding to date -- valuing it at around $1 billion -- and was making more than many public companies.

Not only does Glassdoor provide a resource for companies and individuals, but it has positioned itself as a great analytical tool, providing reports of popular jobs, industries and companies. It pushes companies to prioritize culture and employee treatment. 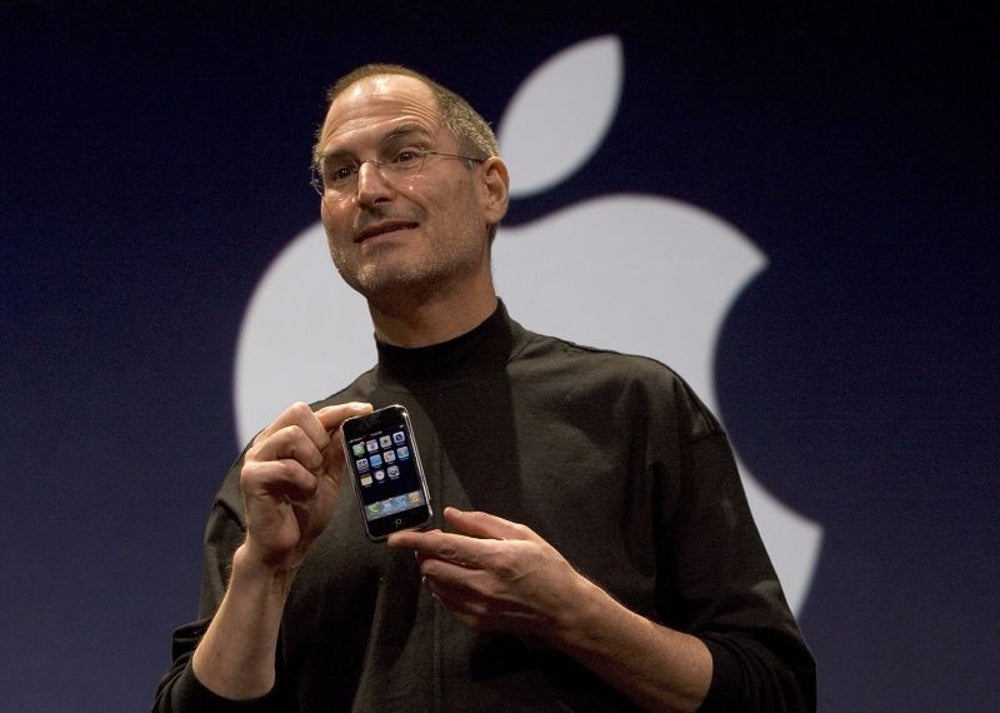 Remember the days of flip phones and landlines? Well, those days are long gone -- and that started in 2007 when Apple released the first iPhone.

The iPhone sparked a revolution in mobile technology with its sleek, easy-to-use design. The new device was more than just a phone too -- it featured a touch screen, an iPod, a camera and wireless internet access.

Starting at $599, the first iPhone was initially released in the U.S. and later to major countries around the globe. By January 2008, Apple sold nearly 3.7 million iPhones. By July 2016, 1 billion iPhones had been sold.

Today, the iPhone is Apple’s most successful item ever. 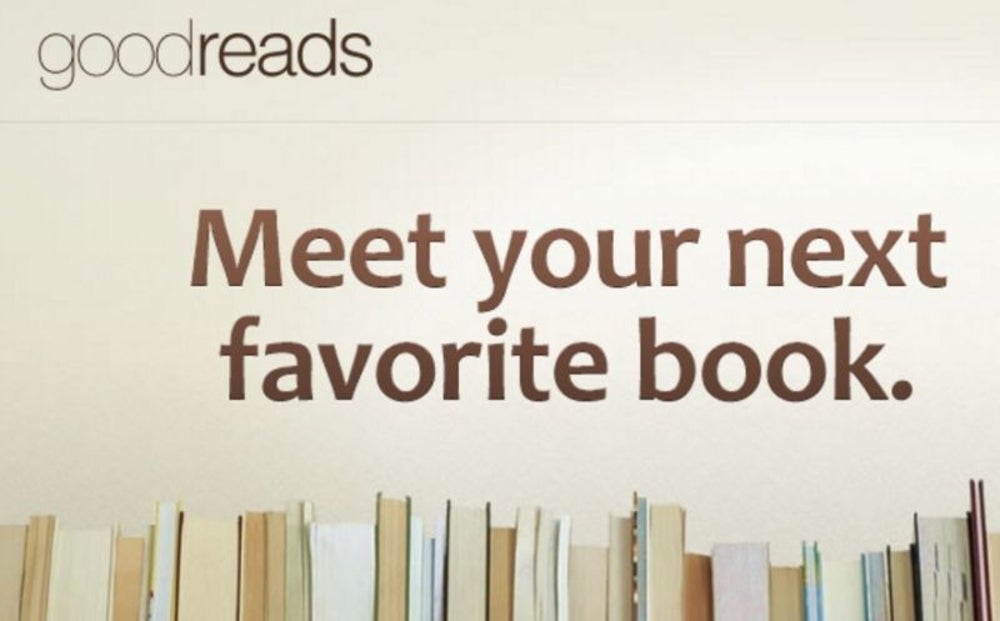 The “social cataloging” site was launched in early 2007 by Otis Chandler and Elizabeth Chandler. Basically a massive online library, Goodreads was the first of its kind, allowing users to upload books, annotations and reviews and creating a massive database that individuals could freely sort through.

By December of 2007, the site garnered more than 650,000 members and more than 10 million books had been added to the site. Users can check out what others are reading and read their reviews, as well as post their thoughts.

In 2013, Amazon acquired Goodreads and today there are more than 55 million members on the site and more than 1.5 billion books uploaded. 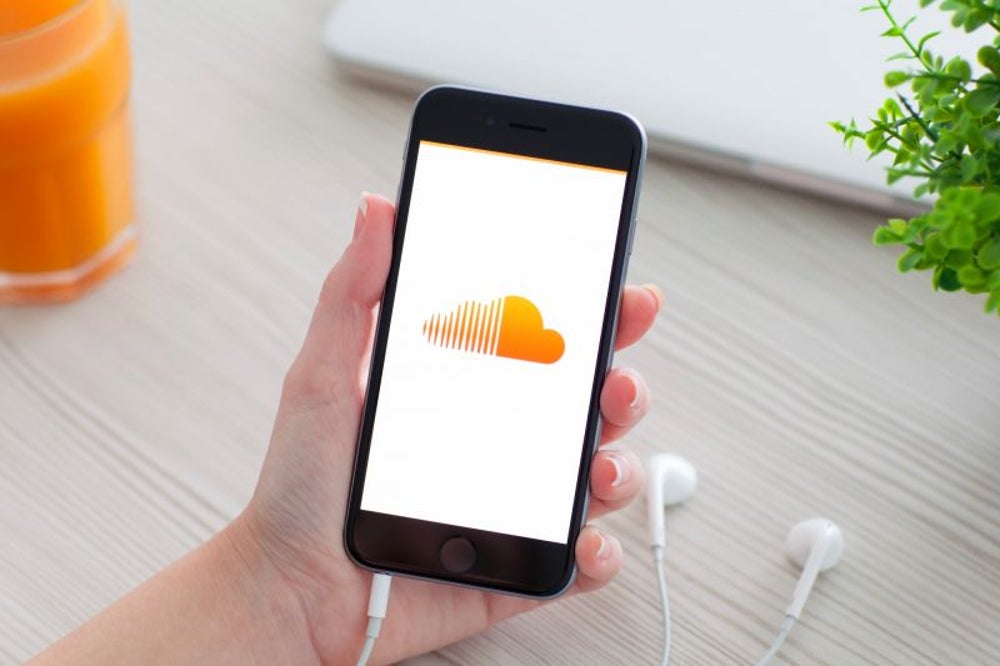 Music company SoundCloud was originally founded in 2007 in Stockholm, Sweden, by Alexander Ljung and Eric Wahlforss.

On SoundCloud, a user can be a creator, a listener and a curator as the “social sound platform” allows its members to upload, record, promote and share original music. Differentiating itself from subscriptions services such as Spotify and Apple Music, SoundCloud is free of charge and makes its money from license holders.

And while Spotify had 95 million monthly listeners as of January 2016, SoundCloud had more than 175 million, reports TechCrunch. The company even announced a partnership with Universal Music Group in January as well, giving it 50 percent coverage with the “Big Four.” In June of 2016, SoundCloud had an estimated value of $700 million. 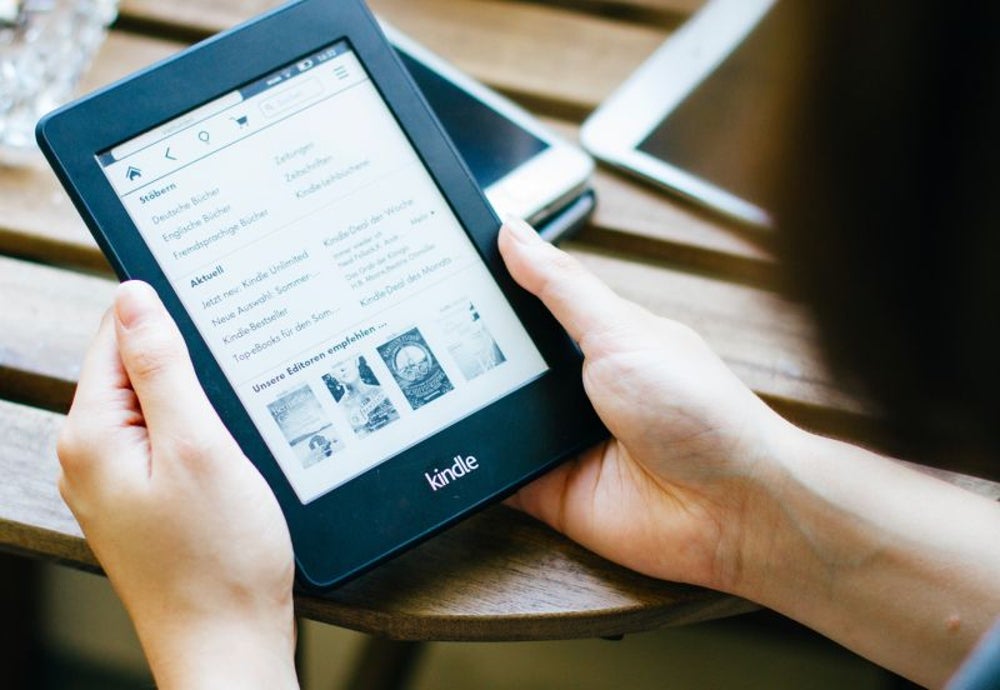 Amazon launched its first Kindle e-reader in November 2007, and they sold out in five and a half hours. The device was pricier than what we see today, selling at $399.

Although the Kindle wasn’t the first e-reader on the market, it surely was the most popular, leading the transition from paper to digital books. Its creator, Amazon, also made downloading new books on the devices quick and simple.

Since 2007, the Kindle has undergone a number of design changes. Amazon has introduced a variety of different versions such as the Kindle Fire and its most recent, the Kindle Oasis. To compete with Apple’s iPad and Samsung’s Galaxy Tab, the Kindle expanded its features to offer web browsing, play music and take pictures. 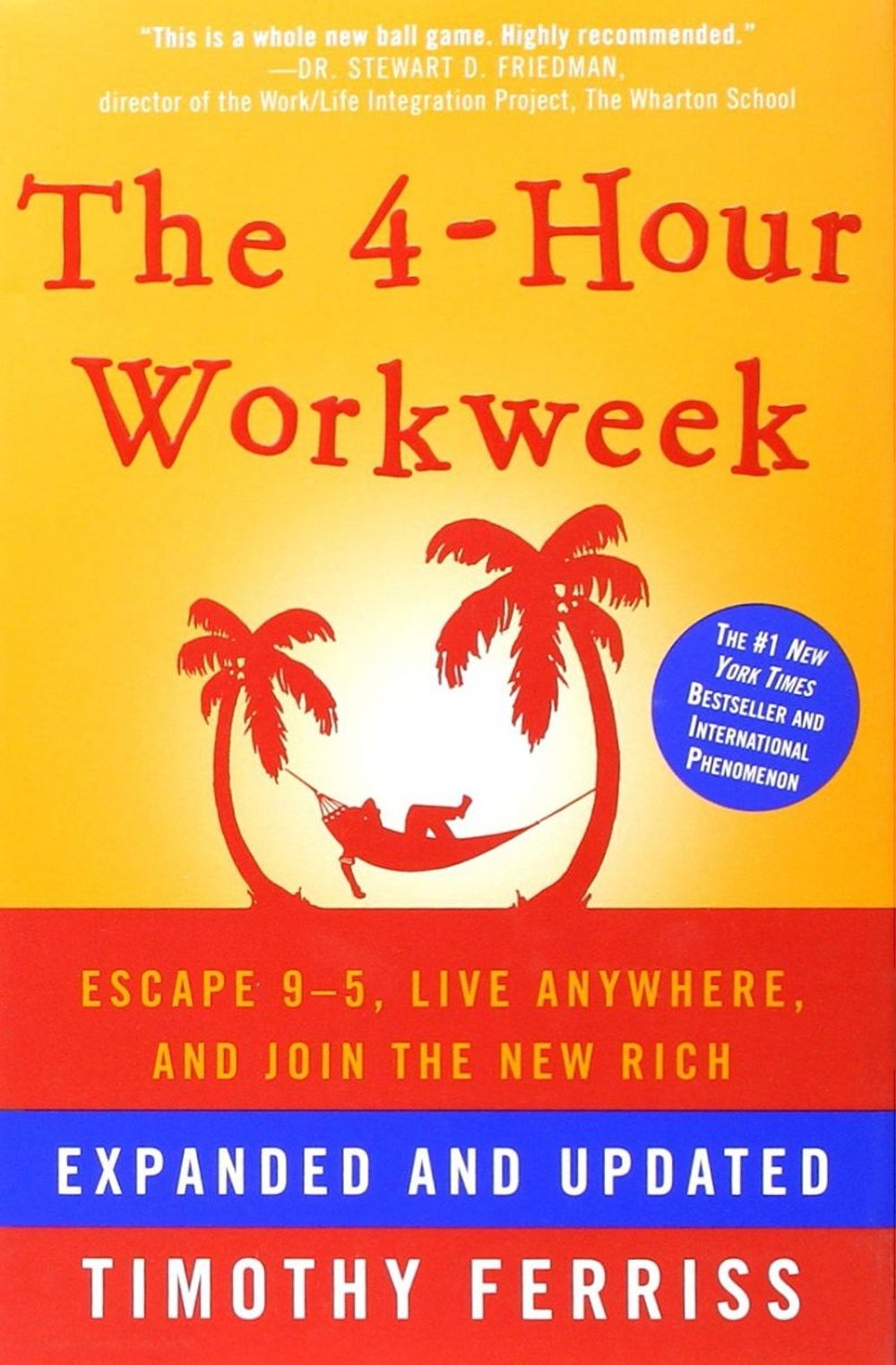 Image credit: Harmony Books
Entrepreneur and bestselling author Tim Ferriss released his popular book The 4-Hour Workweek in April 2007 -- changing lives around the globe. The book was an immediate success, becoming a number-one New York Times bestseller. In fact, the book spent more than four years on the bestseller list, has been translated into 35 different languages and has sold more than 1,350,000 copies worldwide. 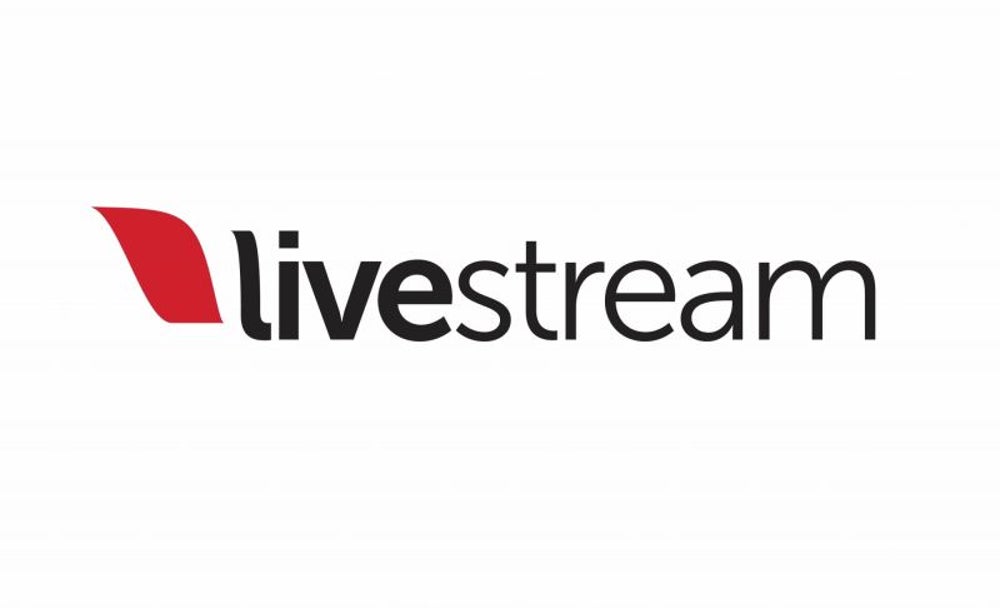 Founded in 2007 in New York City under the name “Mogulus,” Livestream has made its mark in video -- especially today as its popularity becomes ever-increasing. The company changed its name in 2009 to Livestream after receiving $10 million in funding at the end of 2008. The platform lets users broadcast a live video on the internet using a camera and computer and stream them through any of its viewing platforms on iOS, Android, Roku and Apple TV.

With offices around the world, the company today has more than 190 employees dedicated to the world of live broadcasting. It garners more than 40 million viewers every month, with more than 1 million producers creating content. Some of its clients include Spotify, Tesla, NBA and more than 200 local television affiliates.

Livestream has become one of the top communication elements for social media channels such as Facebook, Instagram and Twitter's Periscope.