How 10 Brands Thoughtfully Chimed In on President Trump's Inauguration

Companies acknowledged the presidential transition and subsequent Women's March in a range of ways.
Next Article

While businesses generally consider it to be in their best interests to steer clear of politics, they occasionally feel inspired or even obligated to get involved. Some support specific causes or policies, others take a more implicit approach in sharing their stances and some make light of the situation and simply seize the chance to share in the spotlight.

Check out these 10 brands that found a way to take part in the events surrounding the inauguration of President Donald Trump -- and connect with people in the process. 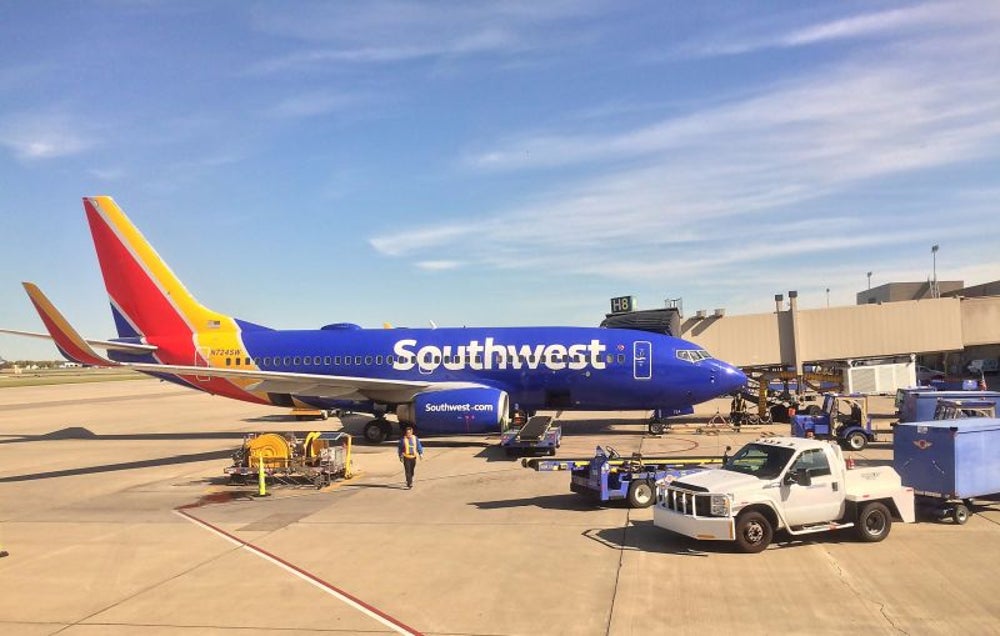 On a Jan. 19 flight to Washington, D.C., attendants addressed passengers, “How many of you are going to the Women’s March tomorrow?” The cabin erupted in cheers.

"How many of you are going to #WomensMarch tomorrow?" Thanks for the love, @SouthwestAir :) @womensmarch pic.twitter.com/08QK2RPGhG

Then, the lighting switched to a pink hue.

Southwest turns on the pink lights and a loud cheer erupts. #WomensMarch pic.twitter.com/Ft8ukziRVk

The mission and vision statement of the Women’s March says, “We stand together in solidarity with our partners and children for the protection of our rights, our safety, our health and our families -- recognizing that our vibrant and diverse communities are the strength of our country.”

Its organizers have stated that it was not meant to be an anti-Trump protest, but a pro-equality march.

"While we're unaware of details surrounding a specific flight, our flight crews celebrate, commemorate, acknowledge and share in special moments with our customers all the time,” Southwest Airlines told Mashable in a statement. “Some of our aircraft are equipped with mood lighting and while this was not a companywide initiative, at times, our flight crews will adjust the lighting for a customer or group of customers traveling on their flight. For example, in October, one of our flight crews changed the lighting to honor a breast cancer survivor onboard their flight.”

Related: Why Businesses Should Think Twice About Getting Involved in Political Issues

Ben & Jerry’s serves up a scoop of empathy -- and a few calls to action. 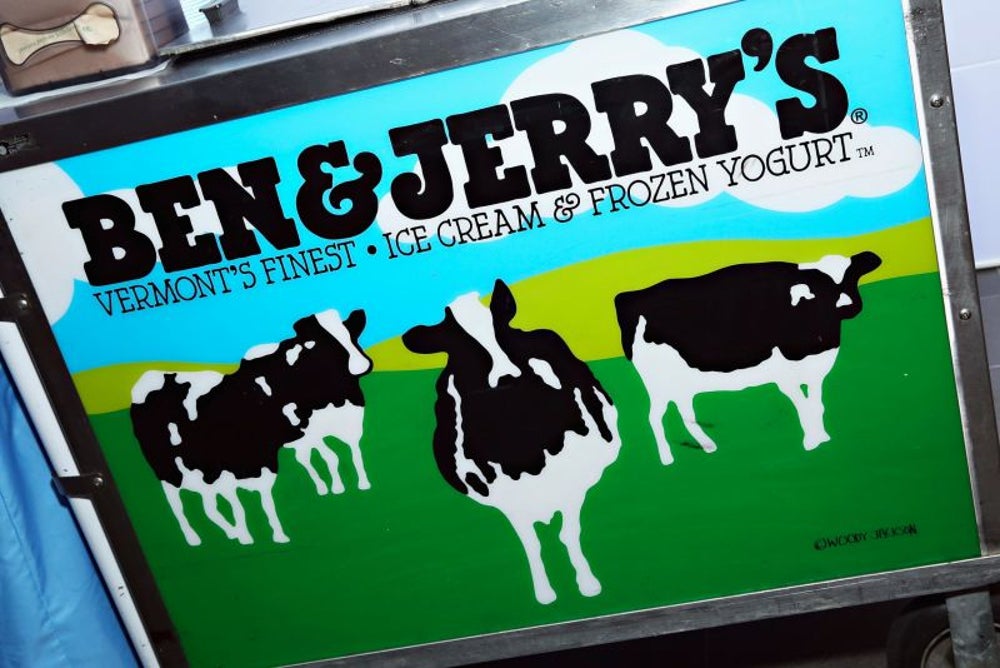 On Jan. 20, the ice cream purveyor tweeted a post titled "10 Ways to Feel Better If You’re Having a Tough Day," which offers suggestions including “Connect With Friends and Family,” “Read Some Feel-Good News,” and “Use Your Wallet” to donate to organizations such as the ACLU, the NAACP and the Council on American-Islamic Relations for justice and understanding for Muslim Americans.

Feeling down today? We get it. Here are 10 ways to lift your spirits >> https://t.co/GSdlOskuSF #InaugurationDay pic.twitter.com/J8k7WfSuKD

Ben & Jerry’s has also harnessed Twitter to promote a “teach-in” that “will arm attendees with tools to protect and demand democracy,” as well as a partnership with New Belgium Brewing and environmental organization Protect Our Winters to persuade the Trump administration to take action on climate change in its first 100 days.

It’s also highlighted its participation in a movement called Bridges Not Walls: “This morning, alongside people on more than 150 bridges across three continents, we dropped a banner to send a simple, hopeful and unmistakeable message: We will build bridges, not walls, in support of a peaceful and just world, rid of opression [sic] and hatred,” the company wrote on its website.

We've been building bridges not walls today. Find out why here > https://t.co/s3UxvXj0SL pic.twitter.com/fvFJqiVlV9

Do you know which US president's first job was at an ice cream shop? 10 wild facts about presidents and ice cream >> https://t.co/l9L4UgQWf6 pic.twitter.com/dJeWF8BCey 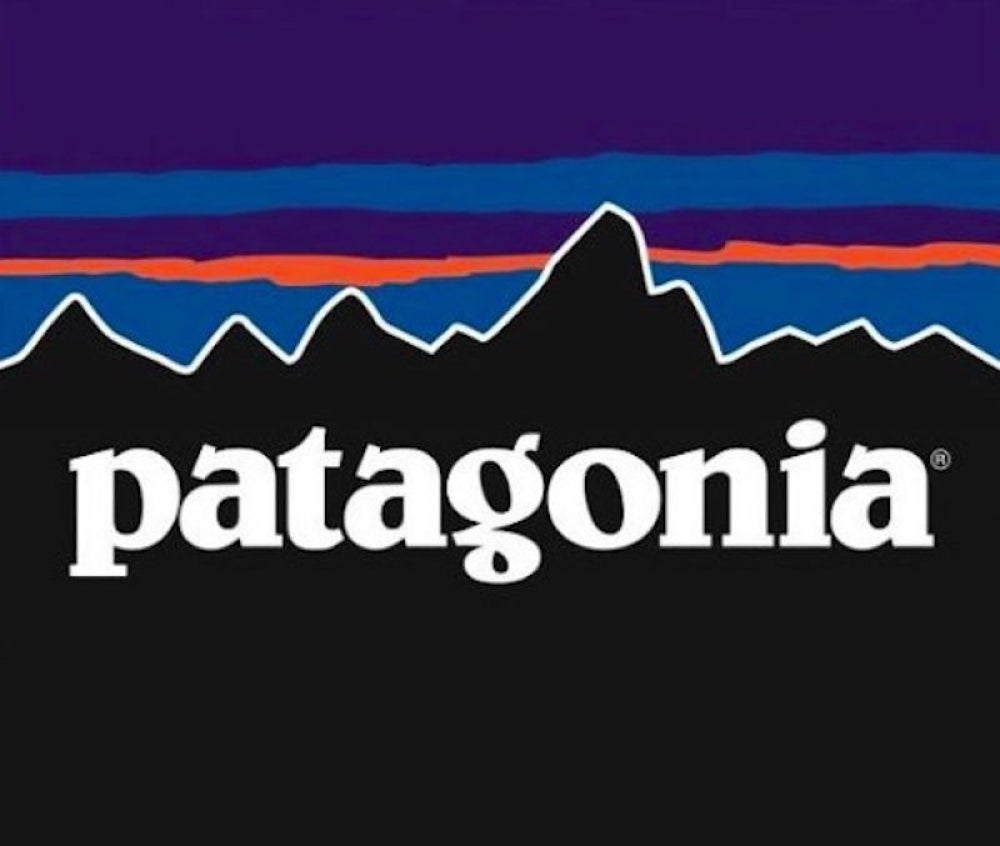 On Inauguration Day, Patagonia co-founder Yvon Chouinard’s environmental nonprofit 1% For The Planet called for individuals and organizations to share their environmental #OathOfAction.

“While the true environmental impact of our recent U.S. presidential election is uncertain, we know with certainty that our planet needs us more than ever,” a post on the 1% For The Planet website reads. “That is why on January 20th, when our new president takes his Oath of Office, we are asking our network and their communities to take an #OathOfAction for the environment."

Patagonia’s #OathOfAction is to volunteer 14,000 hours of work through our environmental internship program: https://t.co/Oj1kio2N5K

Expedia promotes travel for the sake of global peace.

Travel brand Expedia aired a new ad during CNN’s coverage of President Trump’s inauguration -- one which contradicts the xenophobia that has defined many of Trump’s public comments.

The spot features a woman traveling the world throughout her lifetime. It’s narrated by a man who says, “Every step you take brings the world one step closer. You’ll narrowly influence some narrow minds. You’ll bridge continents, puncture prejudice and keep peace. You may not always know it at the time, but one day, you will look back and see that you’ve made this world a better place.”

Expedia also posted the video on YouTube, and its description reads: “At Expedia, we believe travel has the power to change the world, one person at a time. It's why we exist and why we are committed to getting more people traveling. Because when we travel, we make the world a better place.” 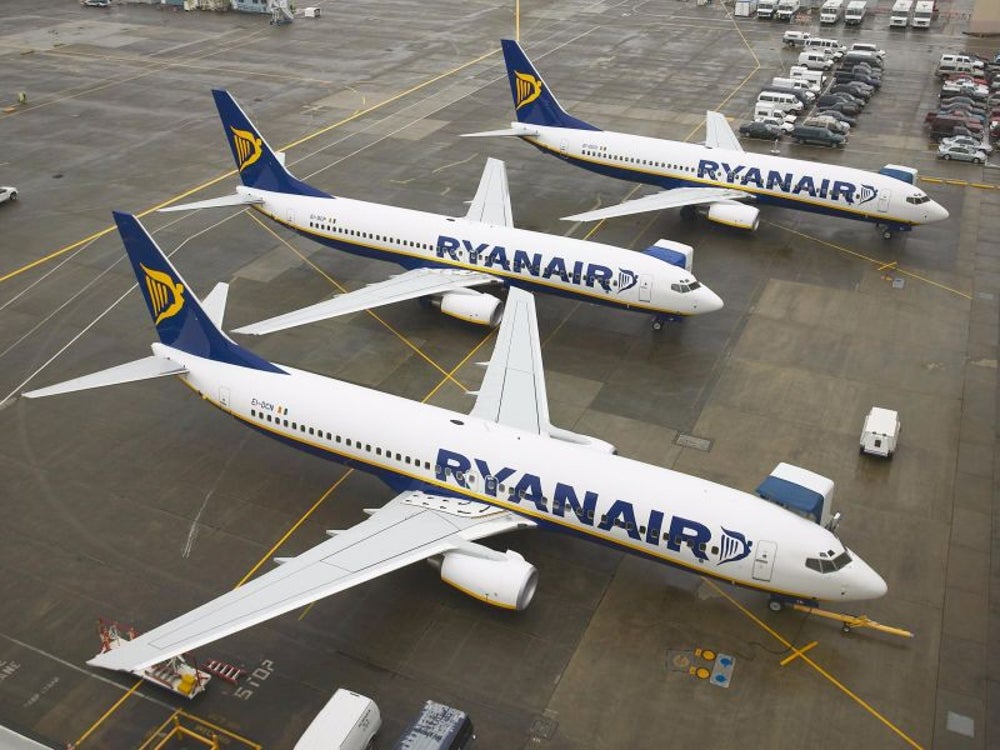 Another travel company, Ryanair, found its way into Friday’s events by creating an inauguration-themed promotion: flights for under 10 euros. The marketing campaign for the deal features Hillary Clinton, former President Barack Obama, former Vice President Joe Biden and President Trump, along with some jokes about the politicians and the 2016 election.

Related: Considering Escaping the U.S.? Here Are Some Deals You Can't Miss.

Over the Hill? Time for a European vacation. https://t.co/duqF811hRl #Inauguration #Obama pic.twitter.com/w1OijkVuja

€9.99 seats – This is NOT fake news.
We’re not taking the piss. Book your getaway here: https://t.co/duqF80JGsL pic.twitter.com/sLa9hA6W5x

Been Biden your time, planning a bromantic getaway? Fly to Europe from €9.99 https://t.co/duqF811hRl #Inauguration #FridayFeeling pic.twitter.com/ZfkA9zHl0B 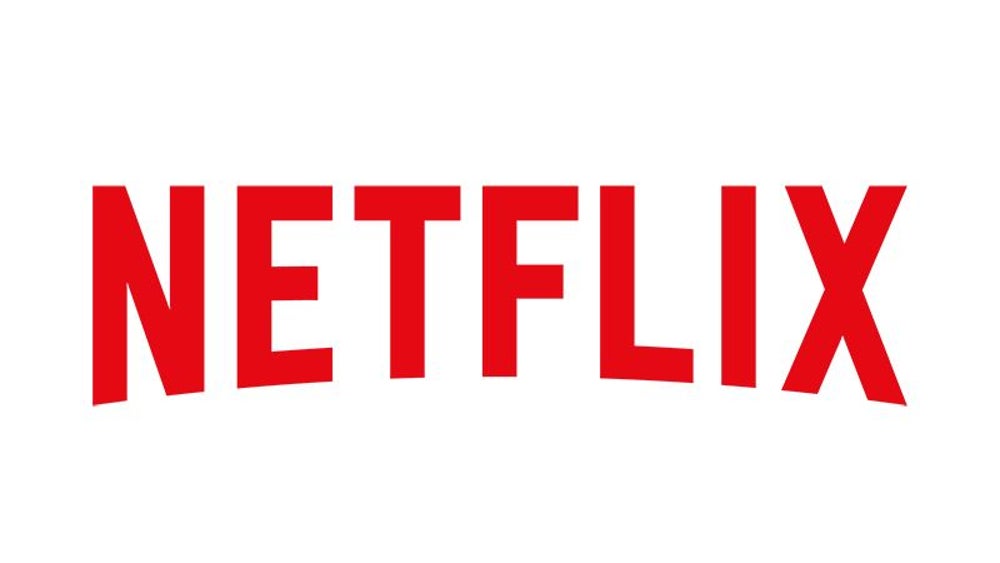 On Inauguration Day, Netflix made a long-awaited announcement about when the next season of its original series House of Cards will premiere.

The fifth season of the show, which features Kevin Spacey as a morally corrupt U.S. president, will air on May 30.

Friday’s teaser consisted of an upside-down American flag waving, children reciting the Pledge of Allegiance and the phrase “We make the terror.”

We make the terror. pic.twitter.com/VpChwGOSMj

Burton Snowboards pays for employees to attend the march. 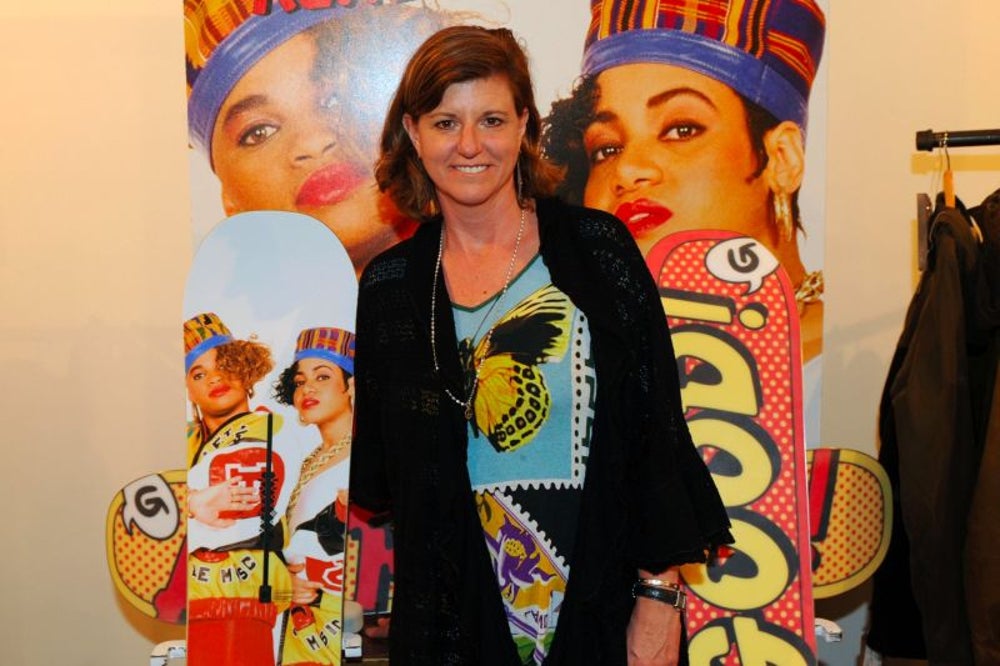 Donna Carpenter, the CEO and co-owner of Vermont-based Burton Snowboards, traveled to Washington, D.C., to participate in the Women’s March. She also offered to subsidize flights and lodging for members of her staff who wished to join her. Late last week, she estimated that between 25 and 30 employees would take her up on the offer, according to Cosmopolitan.

“It makes you feel better, to realize that you do live in a country that cares about women's rights and status,” Carpenter told Cosmo, “and that people understand the connection between a strong economy and women's ability to contribute to that economy.”

Carpenter also said that facilitating participation in the march is an extension of her efforts to equalize the male-to-female leadership ratio at Burton. 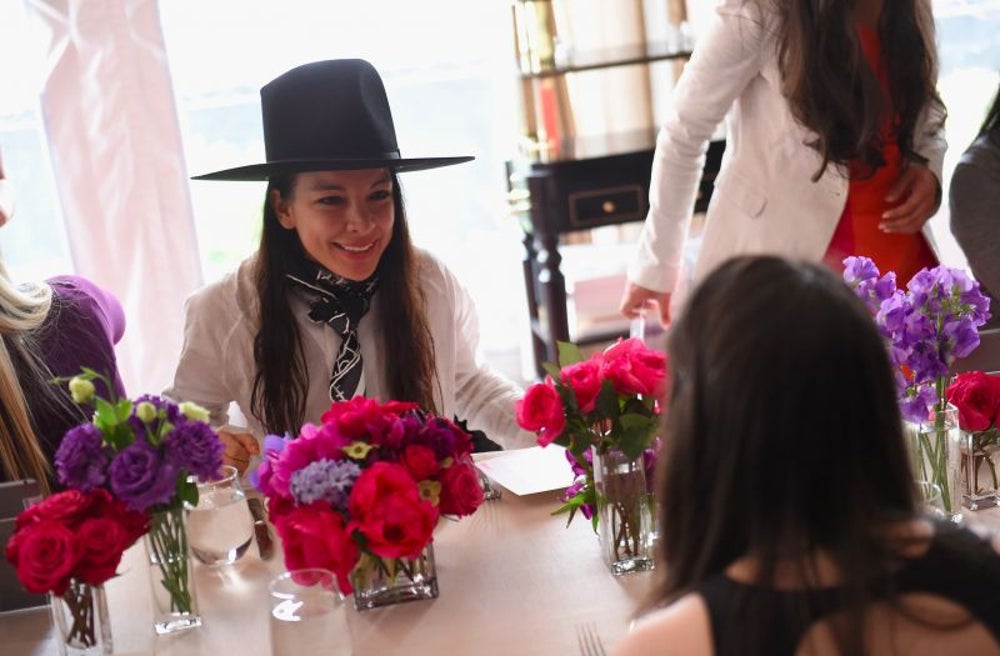 Thinx, maker of underwear designed to be worn during menstruation in place of other feminine hygiene products, has long vocalized its political positions, and the weekend of the inauguration was no exception.

RT if you'll be marching this wknd *and* wearing your THINX ????@womensmarch

On the eve of the Women’s March, Thinx posted a video of a woman discussing the threats that the Trump Administration poses to women and reproductive rights.

This fall, Thinx co-founder and self-described “SHE-E-O” (as in CEO) Miki Agrawal made a video addressing two questions: "What do you say to critics who have said our feminism is purely used as marketing?" "What do you say to people who ask why we are politically inclined and we’re not just selling underwear?"

She answered that the Thinx team is made up of feminists authentically describing who they are. She also explained that because the feminine hygiene industry is largely run by men, Thinx works to highlight this fact and make the politically charged assertion that women should wield control over their bodies.

Fashion designer Rachel Comey rallies her industry around the march. 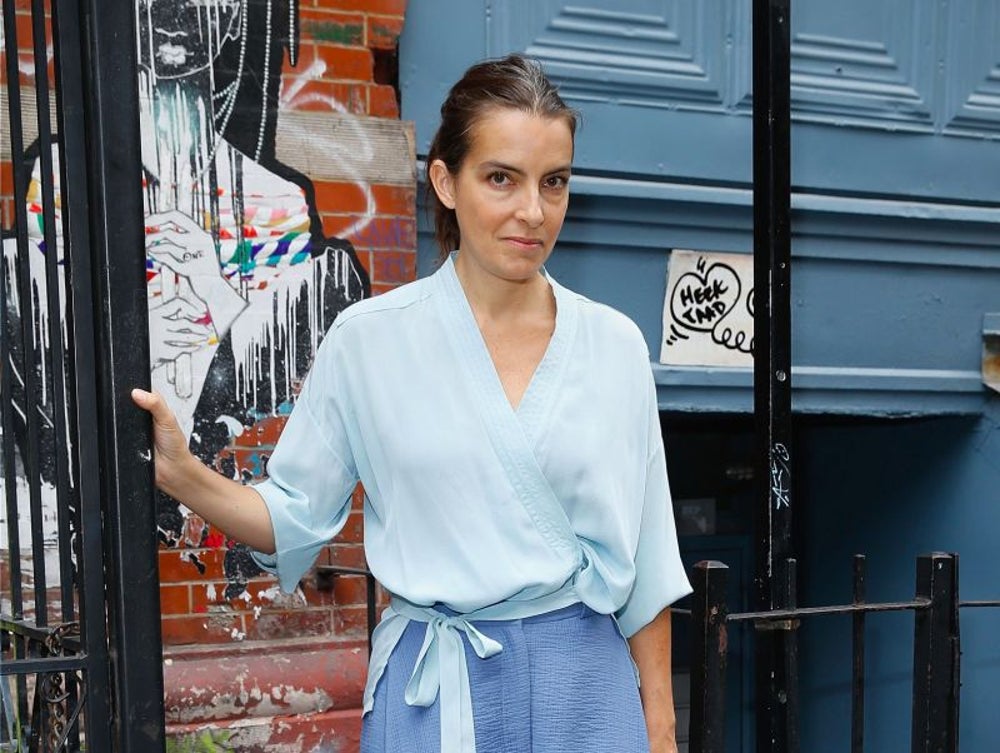 Comey sent a letter to the Council of Fashion Designers of America in which she asked her peers to support the Women’s March and suggested they donate a portion of their inauguration weekend proceeds to charity.

In addition to subsidizing her staff’s travel to the city of their choosing for the march, Comey explained that because women play such a large role in the fashion and beauty industries, she believes it is the responsibility of industry leaders to get involved.

Comey also designed camo outfits for several marchers that displayed the phrase “Si Vales Valeo” (“If I am strong, you are strong” in Latin).

Merriam Webster chimes in with the truth about facts. 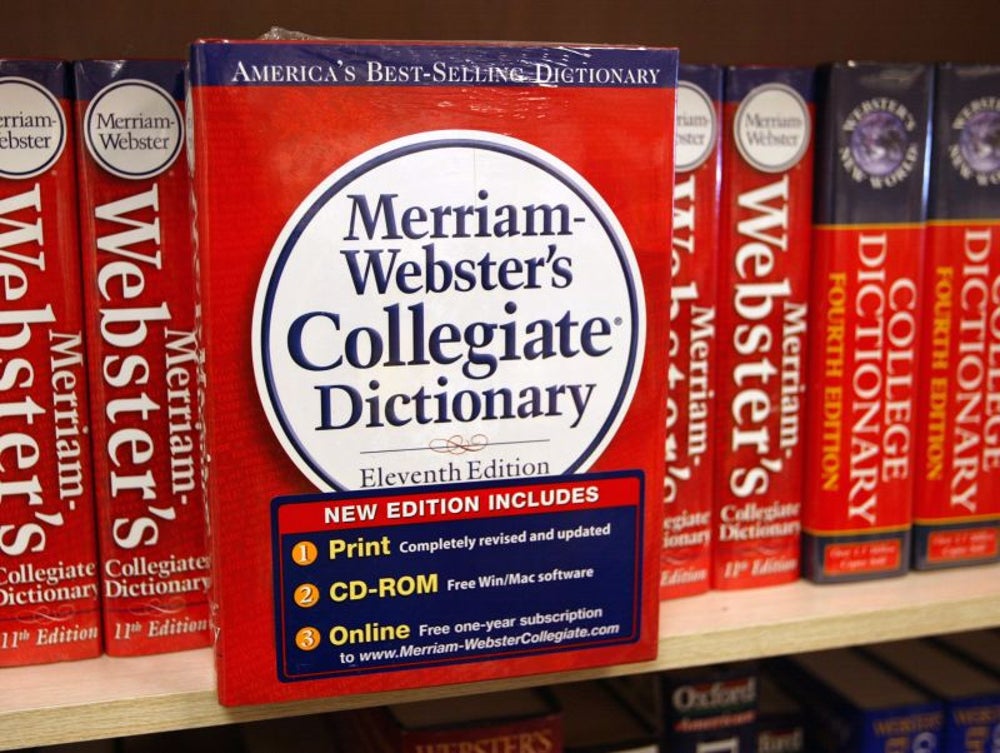 “In contemporary use, fact is generally understood to refer to something with actual existence, or presented as having objective reality,” the post states.

?A fact is a piece of information presented as having objective reality. https://t.co/gCKRZZm23c

During the presidential debates leading up to the 2016 election, Merriam-Webster also provided updates regarding trending search terms, such as when Trump used the Spanish word “hombres,” which means “men” in English.

hombre:? a man
ombré: ? having colors or tones that shade into each other #debatenight

Simple Rules for Creative Agencies to Have Constructive Conversations About Politics. (Yes, It Is Possible!)