Does it Pay to Release Super Bowl Ads Before the Game?

Check out these stats, as well as 20 other facts on the big game.
Next Article

Since 1966, the Super Bowl has engaged millions of Americans who come together to eat, drink, celebrate and watch some football -- and, oh yeah, some quirky ads.

Since its humble beginnings with 24 million viewers to today’s whopping 111 viewers -- the game has come a long way. This year, a single 30-second ad at the Super Bowl costs a minimum of $5 million -- and that’s not including paying the celebrities most brands employ. But it's not only brands spending cash. In 2016, viewers bought more than $2.9 billion worth of snacks and more than $1.2 billion on beer.

From Apple unveiling its first Macintosh computer to Katy Perry’s epic halftime show, the Super Bowl has had some major milestones. To get ready for the big day, take a look at these 20 surprising facts about the Super Bowl. 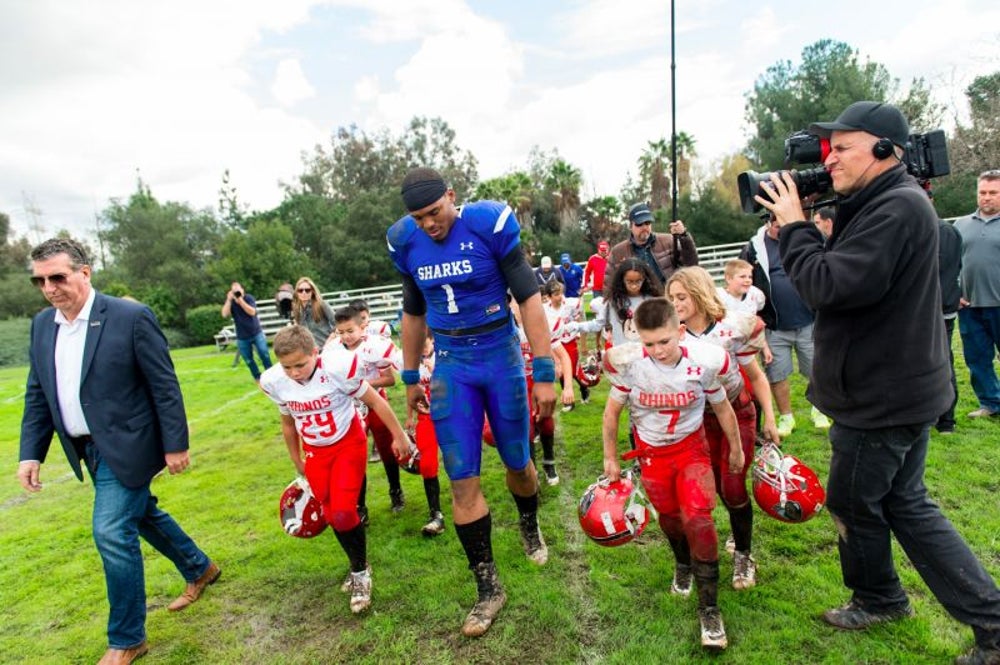 Image credit: Emma McIntyre / Stringer | Getty Images
Many companies release their Super Bowl ads weeks before the big game. Is this strategy effective? Do these companies get more bang for their buck? It turns out, not really, compared to companies that released ad during the Super Bowl. In 2016, the top 10 commercials released before the game on YouTube received 4,817,995 tweets, reported software company Sprout Social. The top 10 ads released the day of garnered 4,694,918. 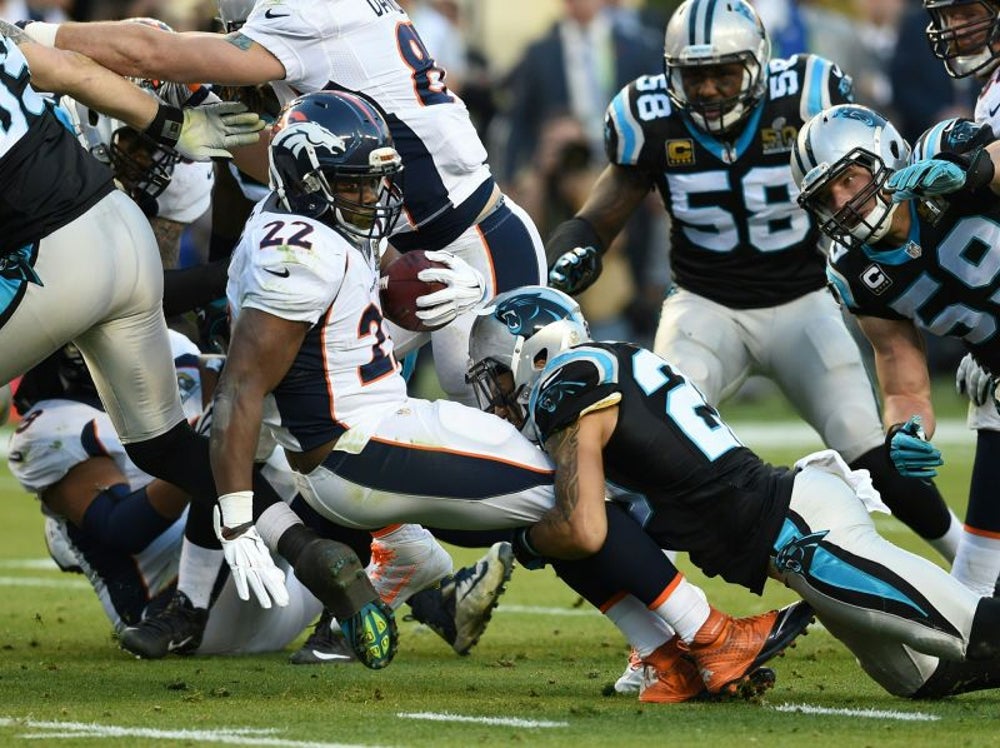 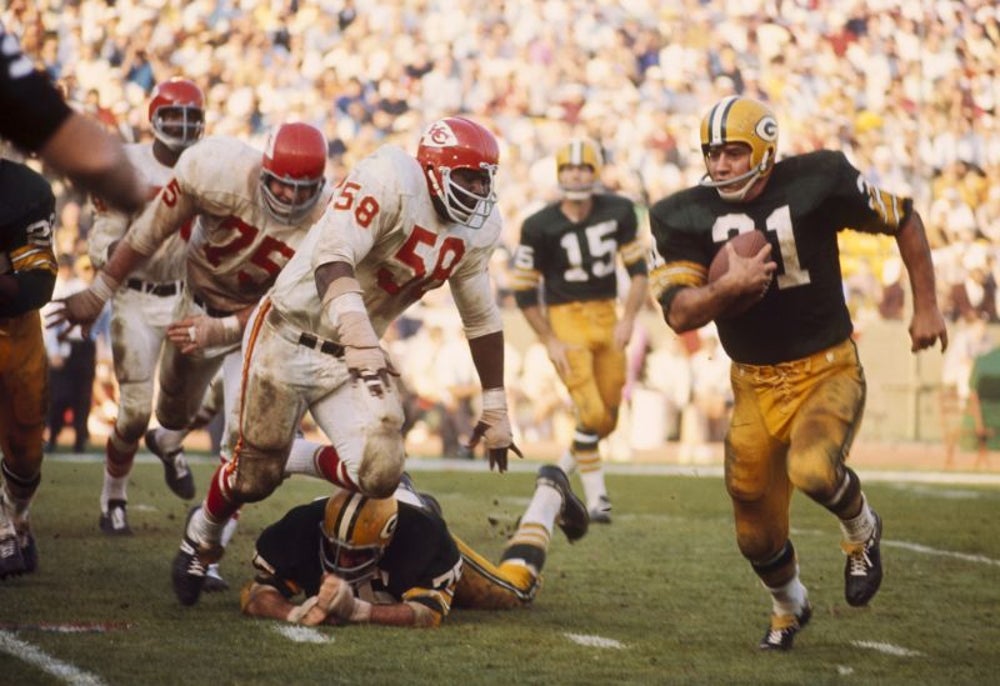 Image credit: James Flores | Getty Images
Last year's ratings for the Super Bowl are surely impressive, but even more so when you consider that in 1966, 24,430,000 people reportedly watched the first Super Bowl.

The minimum cost for a 30-second Super Bowl ad is $5 million. 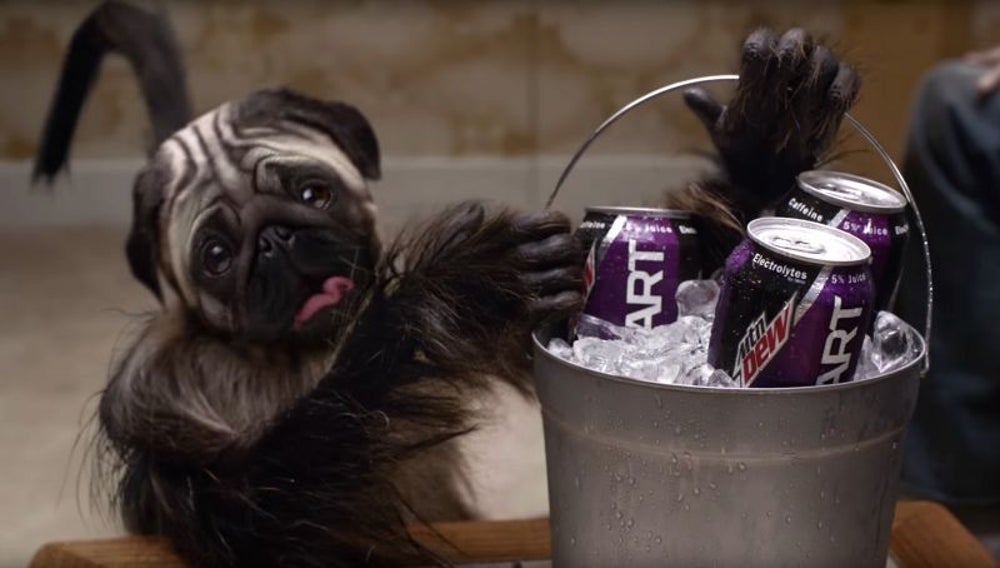 Image credit: Mountain Dew | YouTube
The minimum price for a 30-second slot during the Super Bowl is $5 million -- or $166,666 per second -- which is the same as last year. When you tack on celebrity appearances and new tech innovations, most brands spend much more than that. 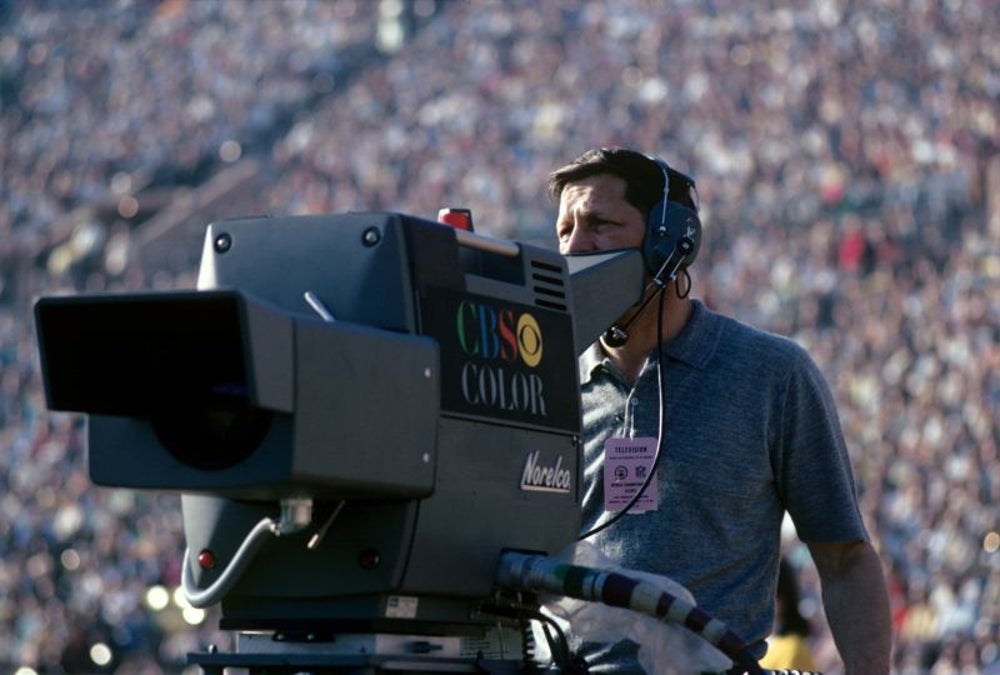 Image credit: Diamond Images | Getty Images
In the 1960s, getting a slot during the Super Bowl was much easier. In fact, it only cost a company $37,500 for 30 seconds of airtime during the first Super Bowl game in 1966. 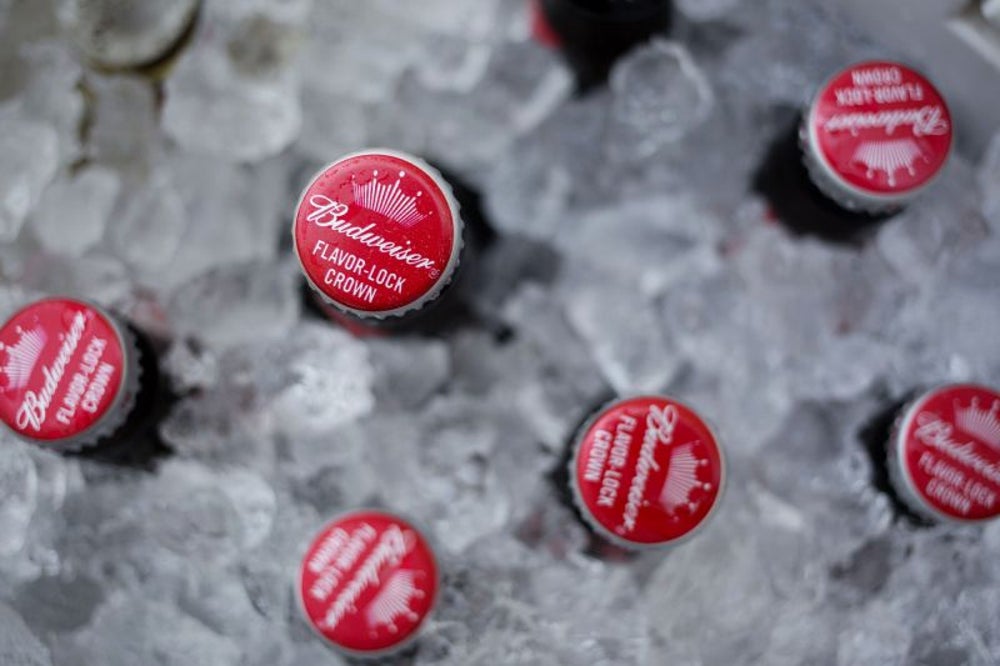 Image credit: Daniel Acker | Bloomberg | Getty Images
Since 1975, Anheuser-Busch -- the producer of Budweiser beer -- has held exclusive rights to national beer commercials for the Super Bowl. Since 2006, the company has spent more than $278 million on ads.

Last year's Super Bowl hashtag was one of the biggest social moments of the year. 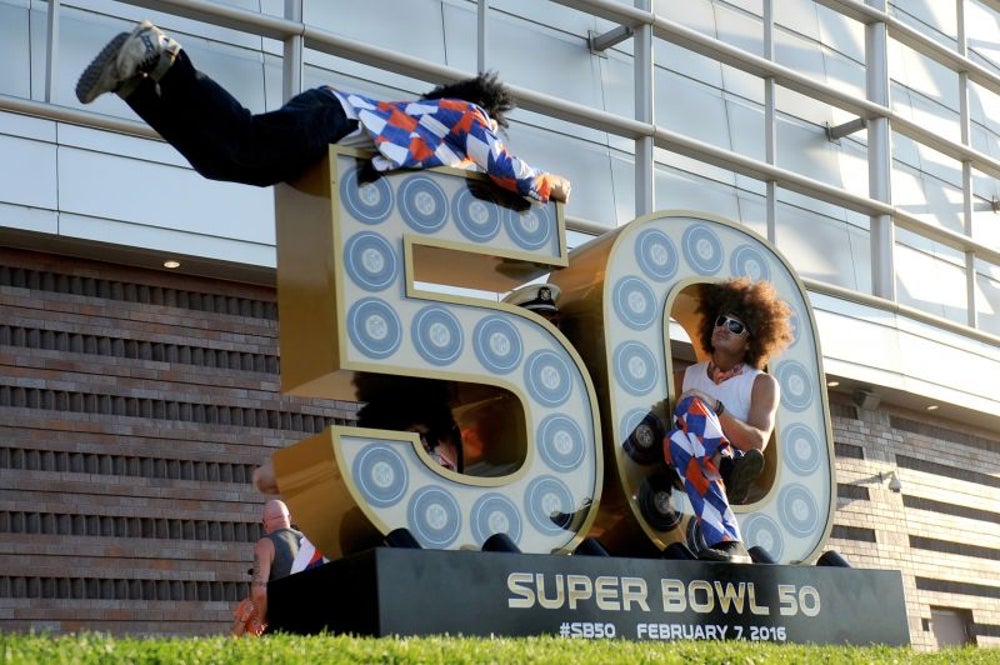 Image credit: Daniel Brenner | Getty Images
In 2016, the Super Bowl hashtag #SB50 was one of the biggest social movements of the year -- with 3.7 million mentions, beating both the presidential debates and the Oscars. Overall, the event generated nearly 17 million tweets.

The Super Bowl is no longer just a “beer holiday.” 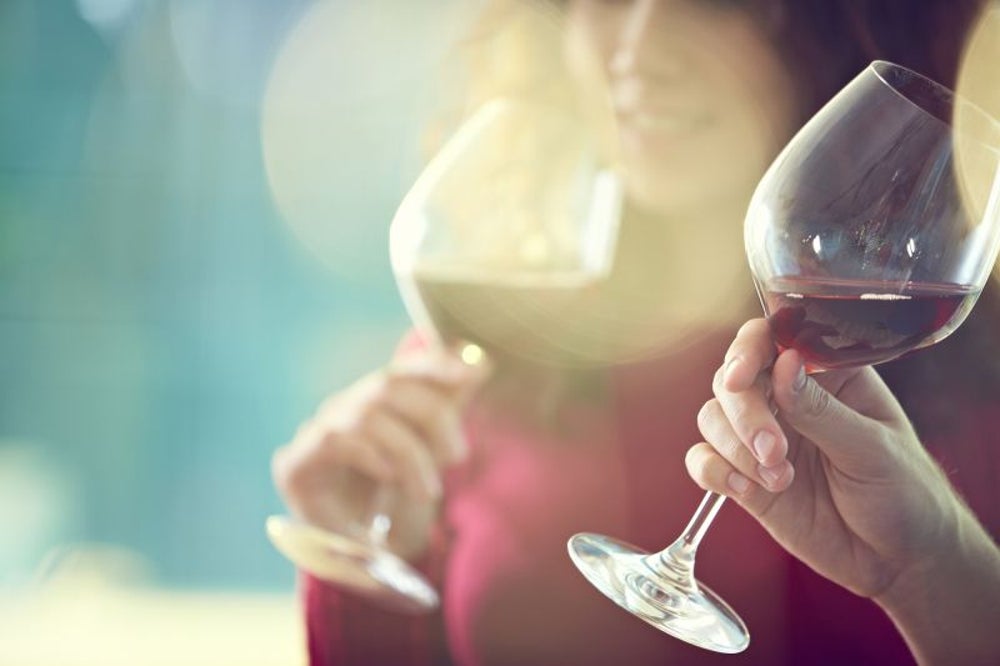 While beer takes the lead as the number one adult beverage of choice during the game, in 2016 20 percent of drinkers said they planned to indulge in wine and another 20 percent said they would drink some other form of liquor. Last year, up to three weeks before the game, there was a reported 9 percent spike in wine sales and an 11 percent jump in spirit sales.

Related: Heinz Wants to Make the Day After the Super Bowl a National Holiday

A Super Bowl ad has the ability to change someone’s perception of a brand. 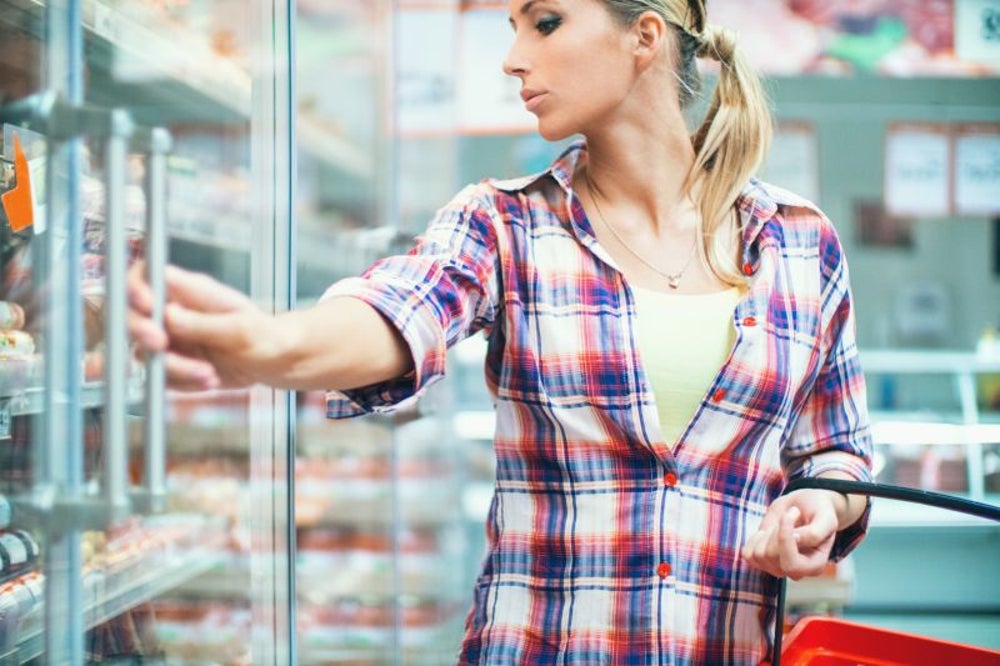 Image credit: gilaxia | Getty Images
Turns out -- spending $5.5 million on a commercial could pay off. According to a survey conducted by advertising company MGID, nearly 40 percent of viewers say that a Super Bowl commercial has the power to positively change their perception of a brand. Thirty-two percent of viewers say they are more likely to buy a product or service after seeing it in a Super Bowl ad.

On average, performers see a sales lift of 271 percent. 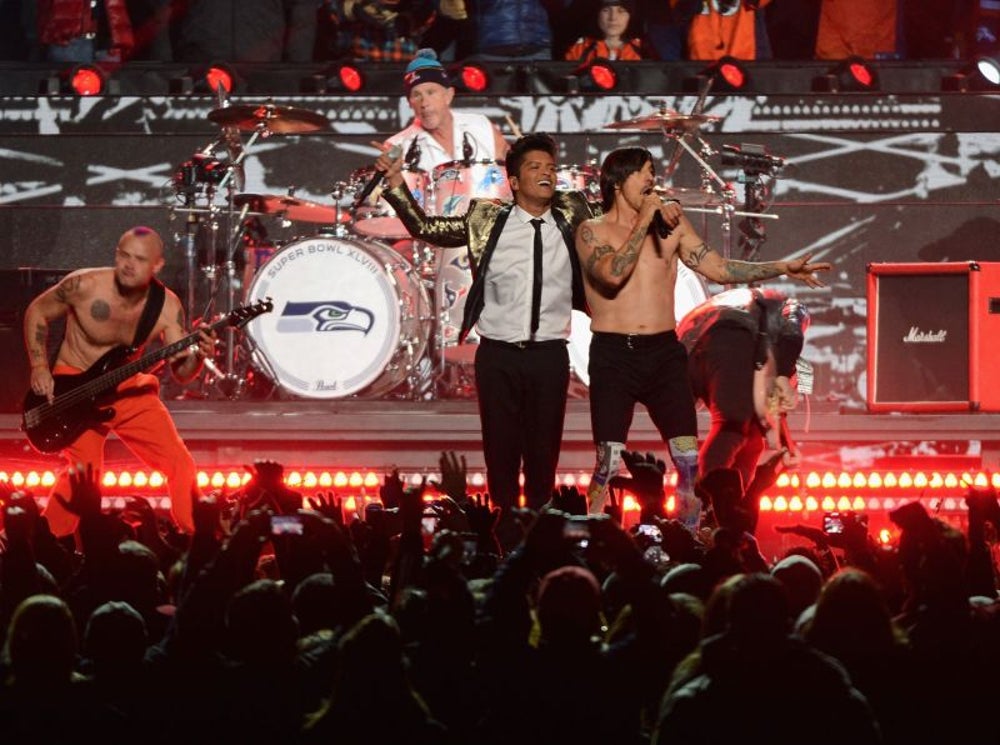 Image credit: Theo Wargo | FilmMagic | Getty Images
From 2010 to 2015, the Super Bowl games have been major sources of revenue for participating performers. Halftime musicians during those years have seen an average 271 percent lift in album sales, streams and downloads in the week following the games. 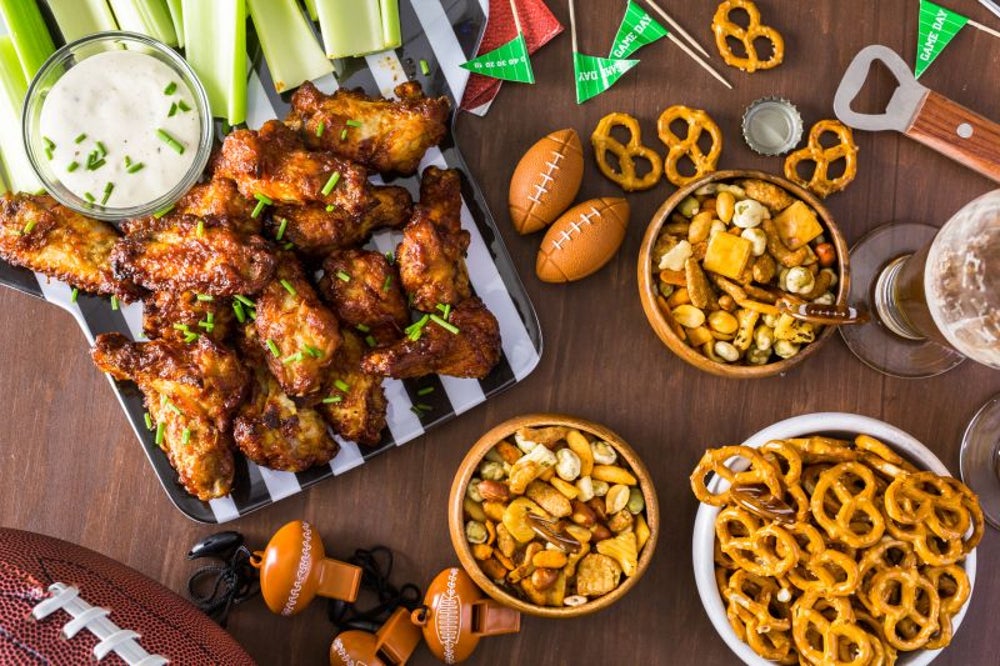 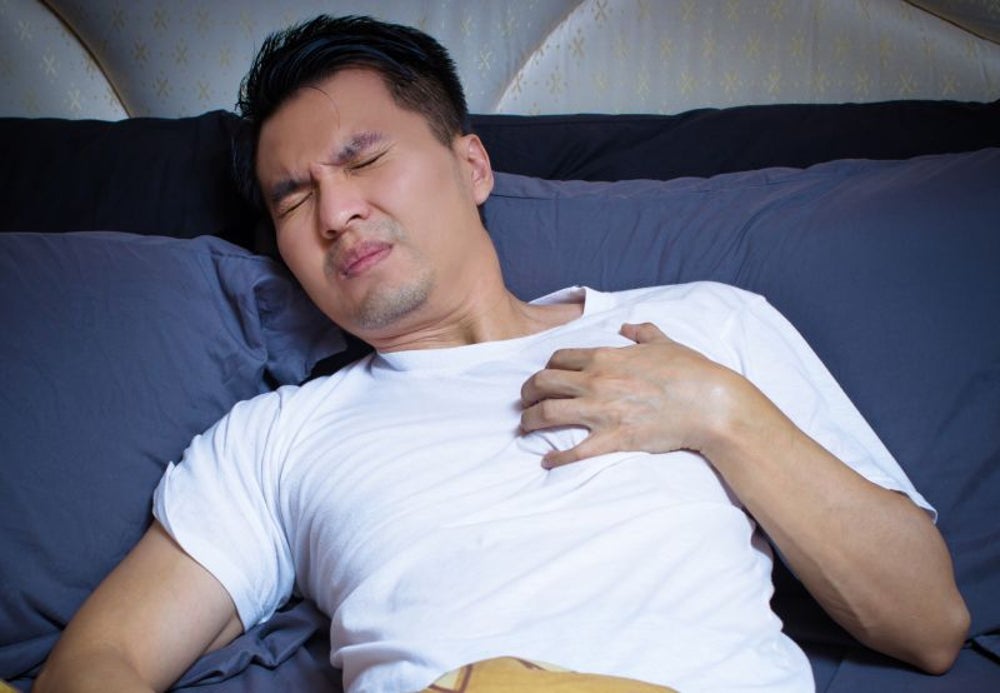 Image credit: yanyong | Getty Images
There’s a consequence to all that snacking though. In 2015, Antacid sales saw a major boost in the week after the Super Bowl. In fact, a reported $53 million was spent on Antacids -- a 4.5 percent jump from the week before.

Apple introduced the MacIntosh during the 1985 Super Bowl. 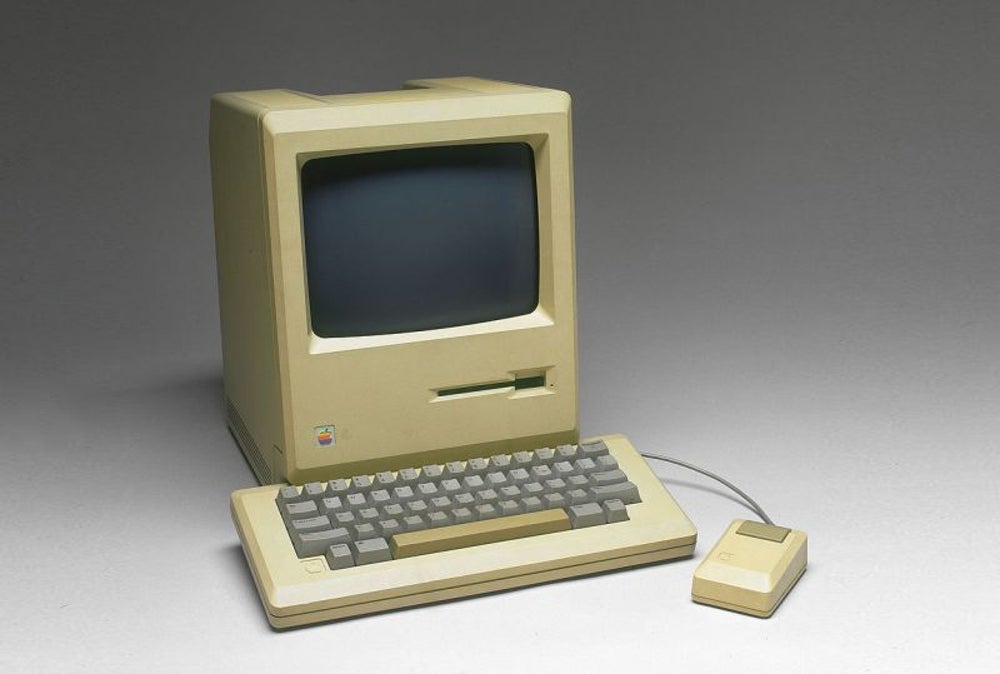 Image credit: SSPL | Getty Images
Apple’s 1984 commercial is considered one of the greatest commercials in Super Bowl history and gave the company some major traction. It was not only a milestone in advertising, but also in computing -- the commercial introduced Apple’s first Macintosh computer.

The most expensive ad ever cost $12.4 million. 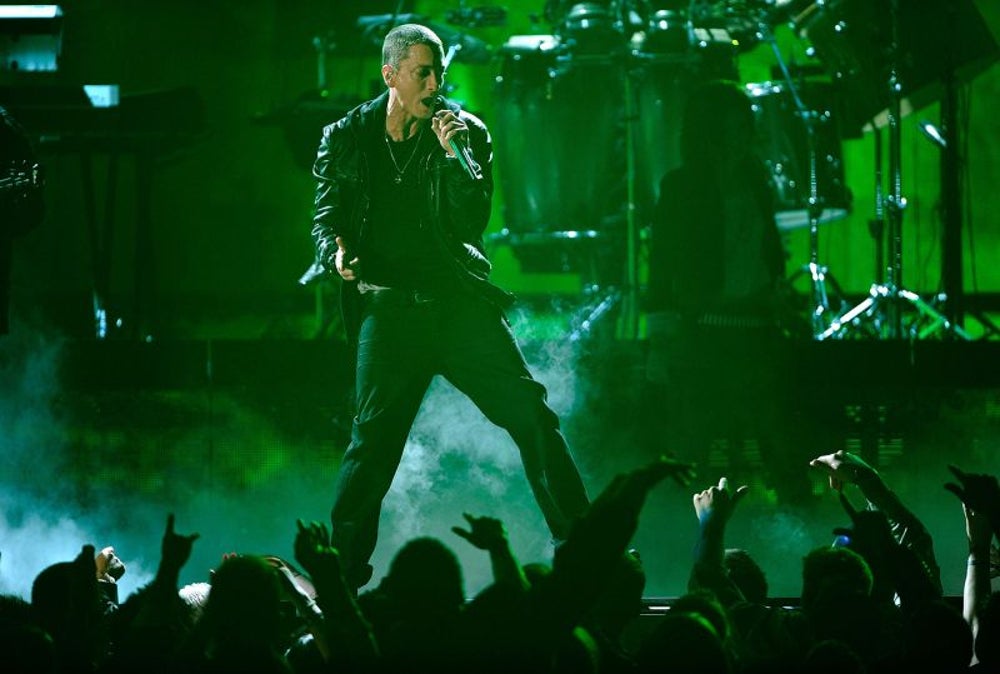 Companies are willing to pay big bucks for a commercial slot during the big game. In 2011, Chrysler reported spending nearly $12.4 million on its “Imported from Detroit” ad that featured rapper Eminem.

Related: What Super Bowl Ads Can Teach Entrepreneurs About Marketing

The average American will spend less than last year. 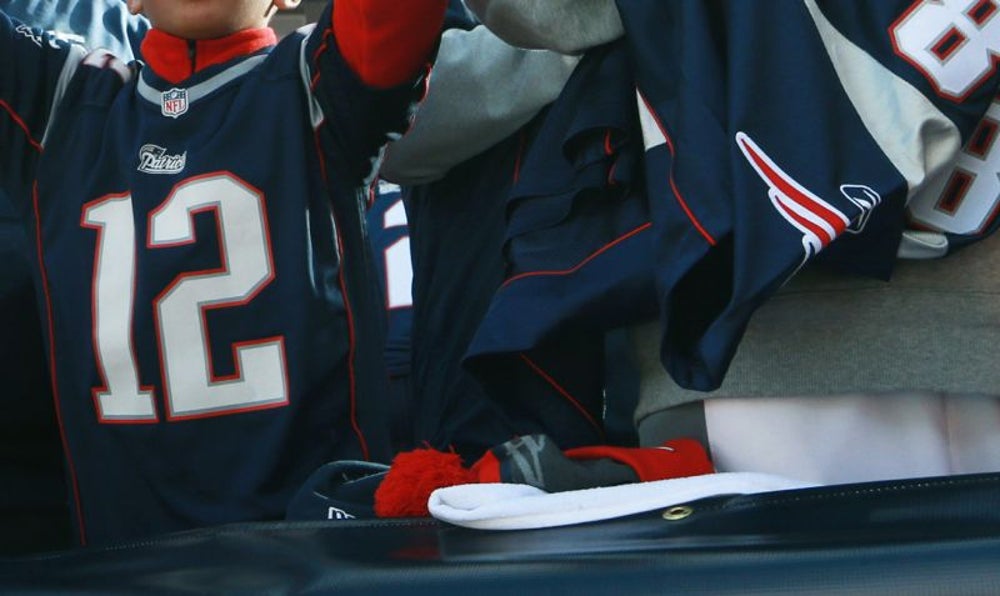 Image credit: Jim Davis | The Boston Globe | Getty Images
Viewership numbers are expected to stay relatively the same between last year and this year, but spending will see a slight decrease. In 2016, a reported $15.5 billion was spent in total, with an average of $82 per consumer, according to the National Retail Federation (NRF). This year, the group expects the average American consumer to spend $75 on food, décor, team apparel and more, for a total of $14.1 billion. 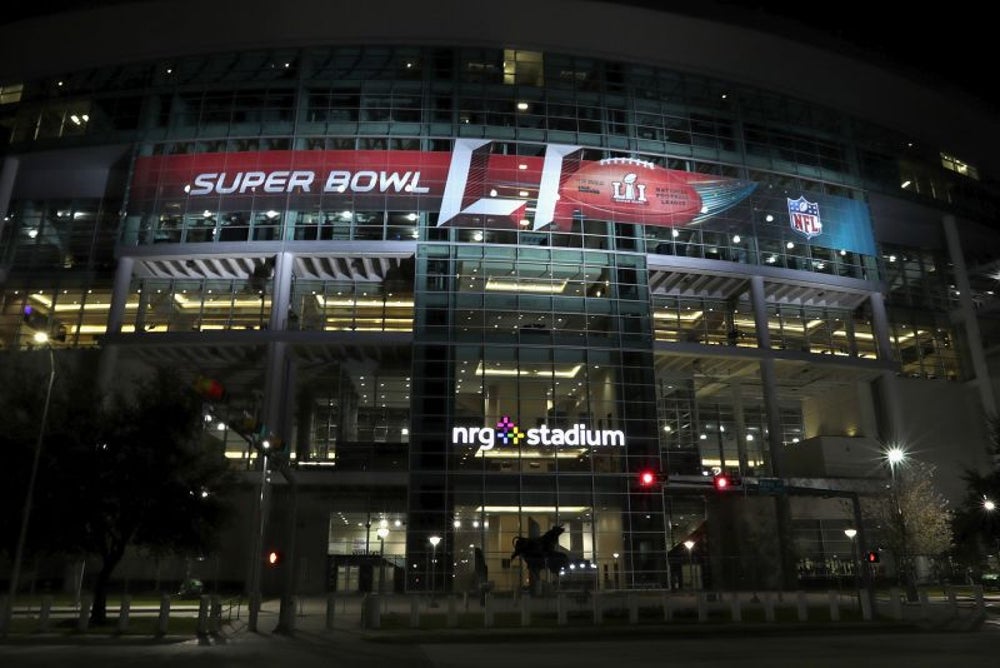 Image credit: Tim Warner | Getty Images
It’s exciting when any big event is being held in your town -- but it does come at a price. This year, the big game is taking place in Houston, and the city’s chief policy officer Janice Evans said the game will cost the city a whopping $5.5 million. For the most part, this number is attributed to the need for more police, fire and emergency personnel on-site. This money isn’t coming from taxpayer pockets though -- the private nonprofit, the Houston Super Bowl Host Committee, will pay for the expenses. On top of that, the Super Bowl is predicted to bring in $350 million to the local economy through hotels, entertainment, food and drink.

People are expected to wager more than $4 billion on the game. 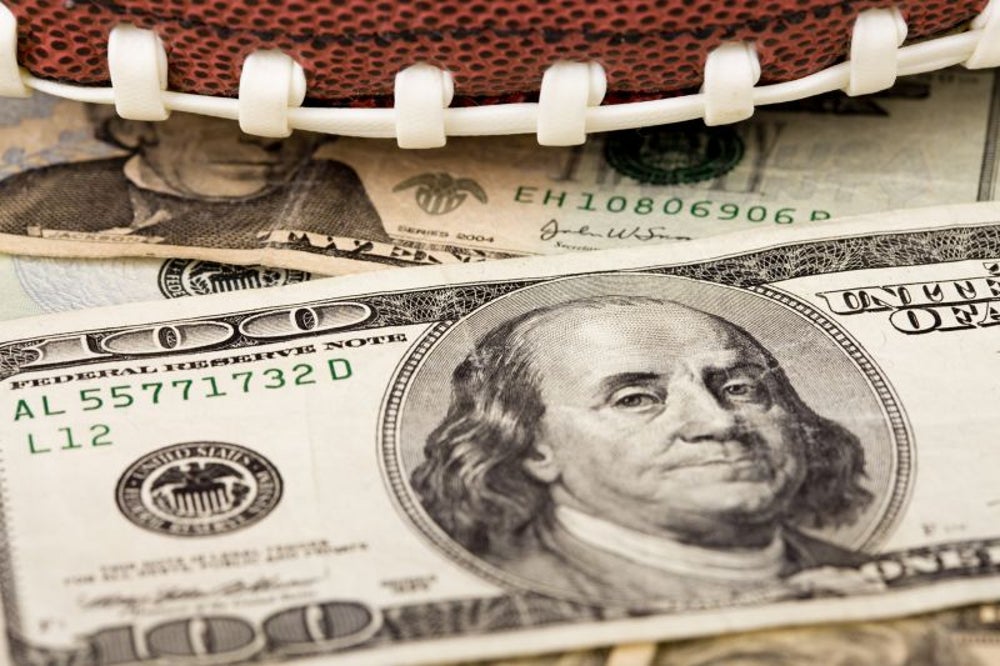 Image credit: blueflames | Getty Images
Although it’s illegal, that doesn’t stop anyone from betting on the game. This year, “Sports fans are poised to wager more than $4 billion in bets in this year’s Super Bowl,” said Steve Doty, spokesman for the American Gaming Association.

Almost half of the game's viewers are female. 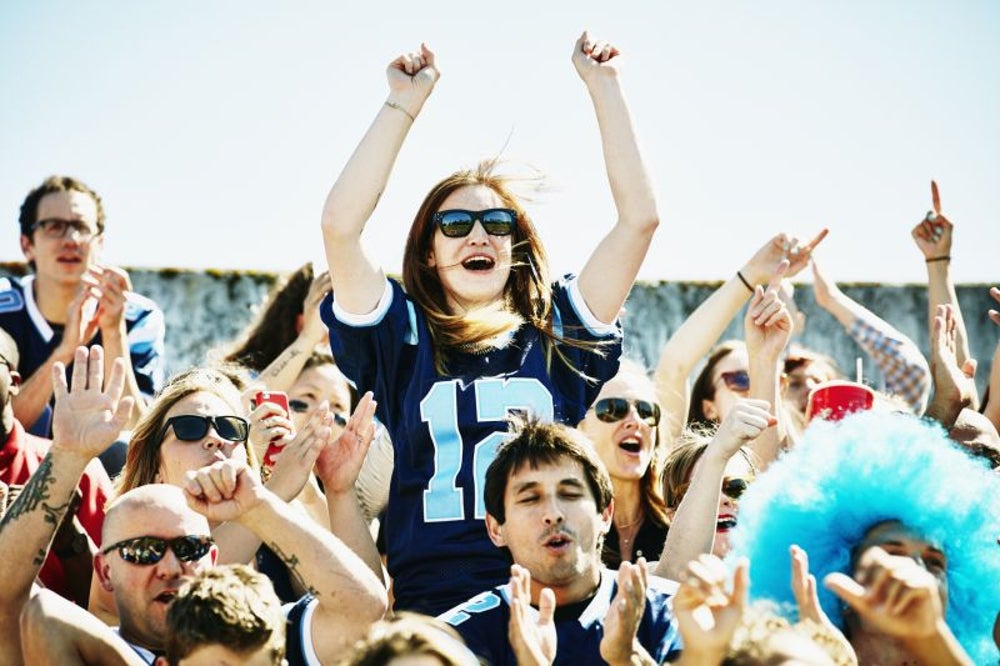 Image credit: Thomas Barwick | Getty Images
In 2015, Nielsen reported 47 percent of viewers were female. This number is up 13 percent since the first Super Bowl, which garnered 34 percent of female viewers in 1966.

Katy Perry’s halftime show was the most viewed ever. 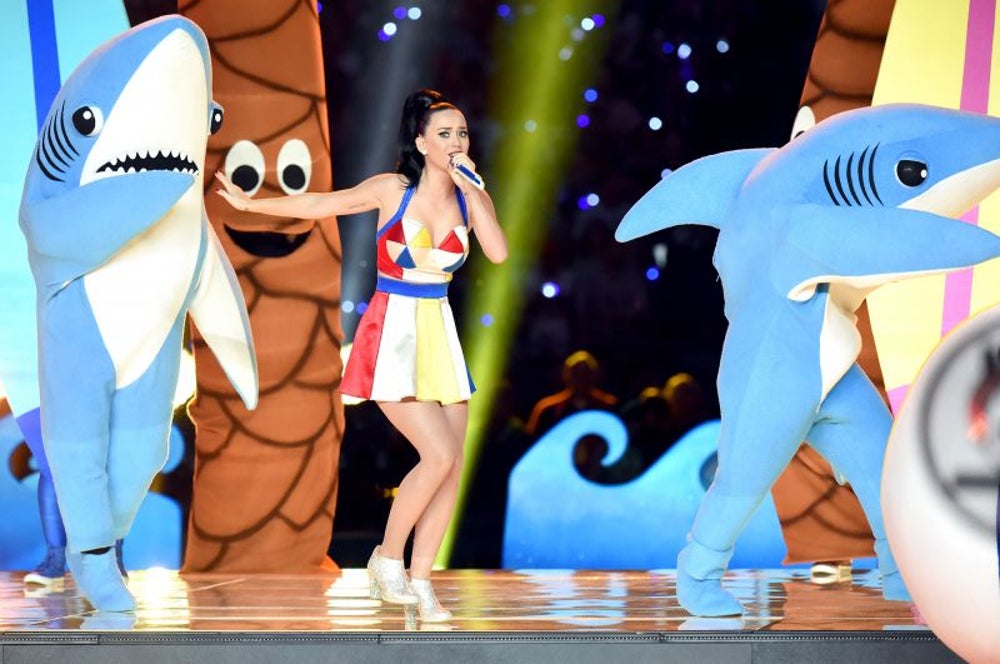 Pop star Katy Perry’s halftime show in 2014 is the most-watched in Super Bowl history -- with 118.5 million viewers. In part that's because of her stellar performance, but no one can forget the dancing “left shark,” which became a star.

The Super Bowl is broadcast in 25 languages. 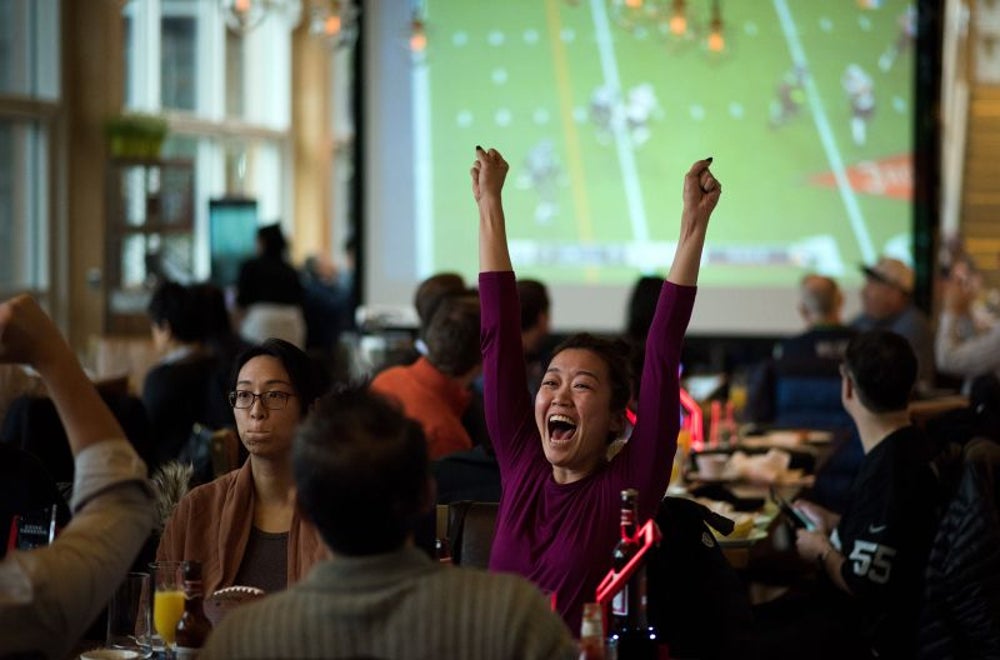 Americans aren’t the only ones tuning into the big game. The Super Bowl is broadcast all over the world. For the 2014 game, International Business Times reported that more than 180 countries across the globe aired the game that year, in more than 25 languages.

Only 43 percent of people say the football is the best part of the Super Bowl. 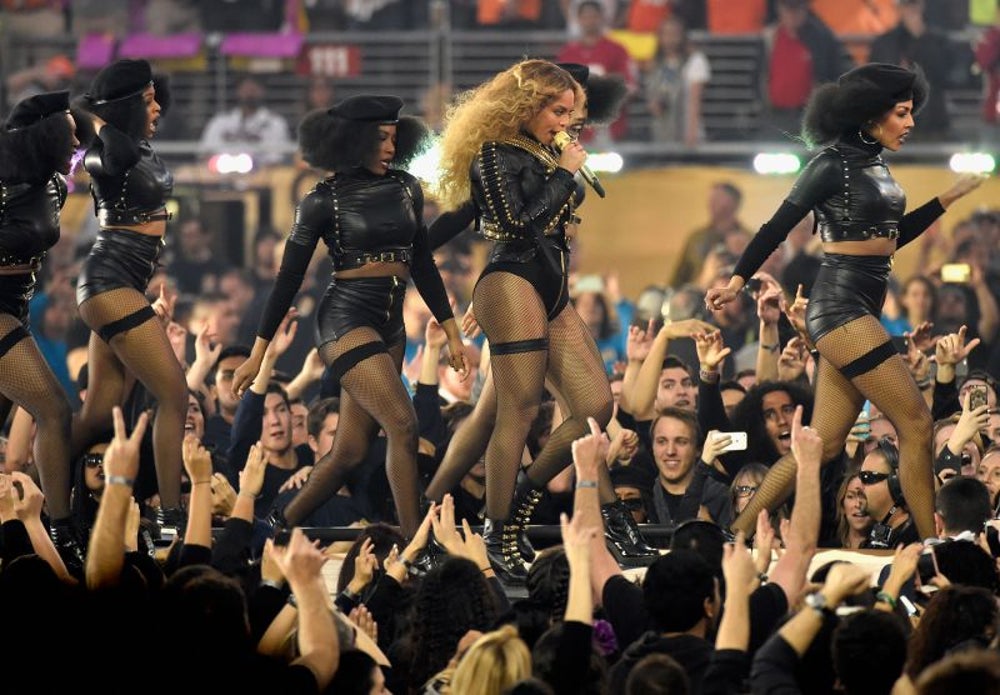 Image credit: Kevin Mazur | WireImage | Getty Images
According to a 2017 survey conducted by the NRF, only 43 percent of viewers say the most important part of the sporting event is the football itself. Nearly a quarter of viewers say that commercials are the most important part, while 15 percent just want to hang out with friends and 12 percent look forward to the halftime show.
More from Entrepreneur

Check Out The 2019 Super Bowl Commercials Before the Big Game

Headed to the Super Bowl? Check Your Urine -- and 12 Other Safety Tips