From the first mobile phone to the Rubik's Cube, check out some of the most impactful inventions from the 1970s.
Next Article

The world made huge strides in the 1970s, developing some of the most useful and impactful inventions of all time and ultimately setting the stage for some of the most advanced products today.

IBM reshaped the way people thought about data storage in 1971, when it released the floppy disk. And if it weren’t for Motorola’s invention in 1973, you might not have that smartphone sitting in your hand right now. The same goes for email: Without computer engineer Ray Tomlinson and then-14-year-old genius Shiva Ayyadurai, the world may be a different place (for better or worse, depending on the current state of your inbox).

Related: The Hard Truth About How Much Your Invention is Really Worth

From the first mobile phone to the Rubik’s Cube to barcodes, some of the world’s greatest inventions emerged during the '70s. Check out these 10 things you probably didn’t realize were invented then. 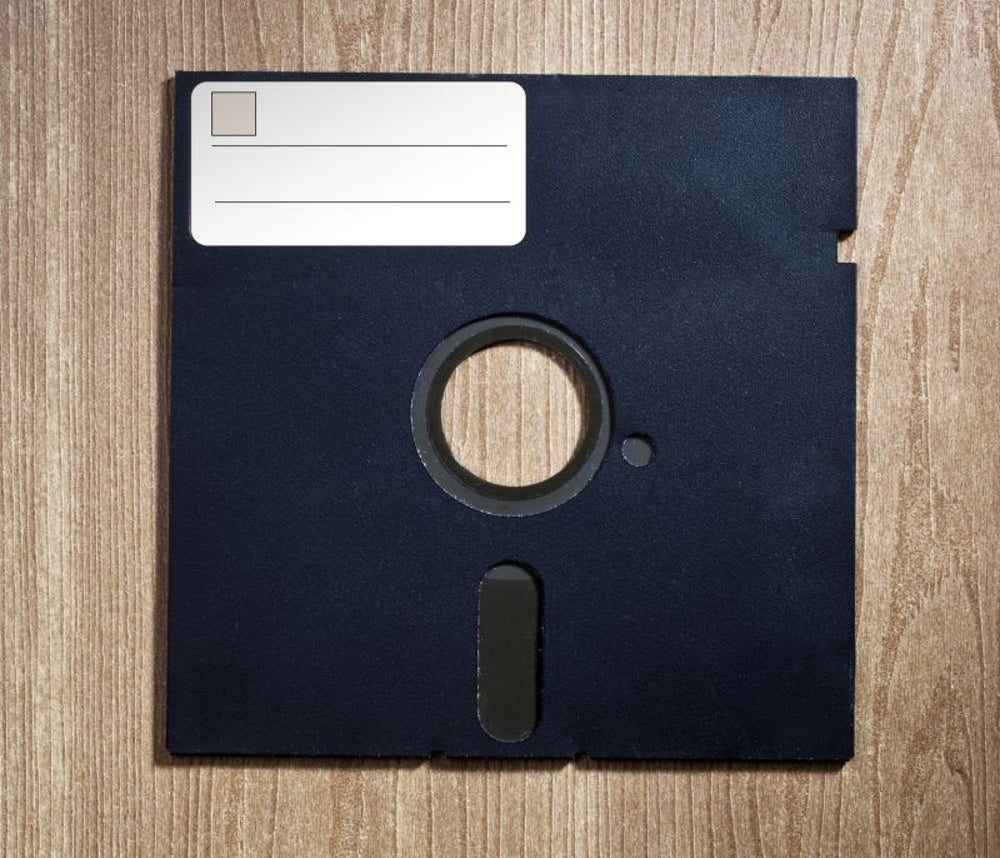 Image credit: William Andrew | Getty Images
Before the days of cloud storage, thumb drives and even CDs, floppy disks were the best solution for storing electronic data. Unsurprisingly, IBM was at the forefront of this. A team of engineers began developing this early method of data storage in 1967, but it wasn’t until 1971 that IBM put the floppy disks on the market, and 1972 when it received patents for the floppy disk and the drive. In 1977, Apple released its first mass-produced computer, the Apple II, which came with two floppy disk drives. 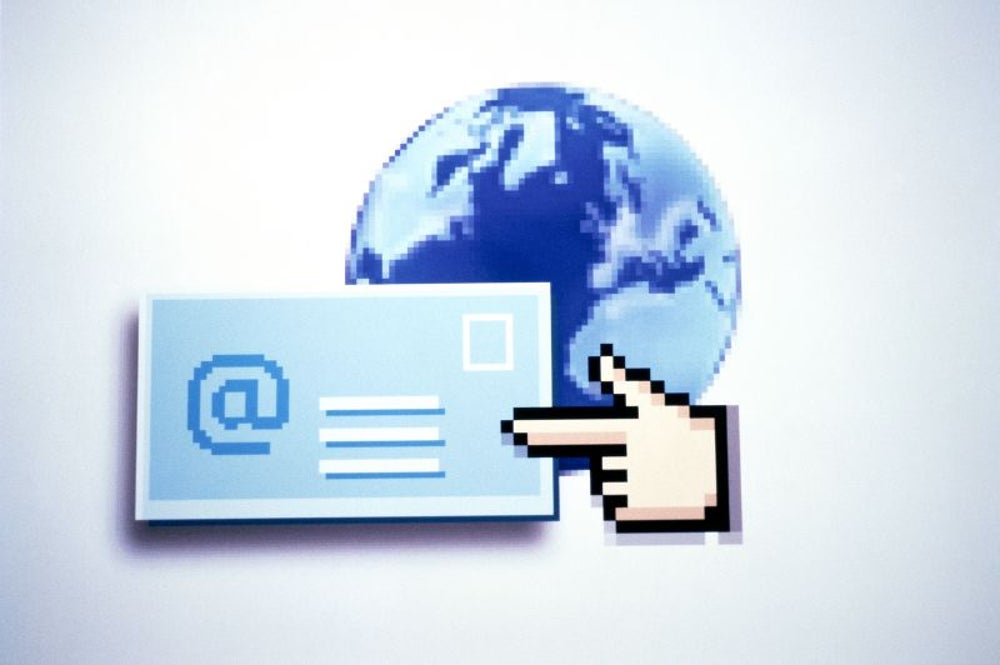 There’s much controversy about who the inventor of email is. Ray Tomlinson, a computer programmer at research and design company Bolt Beranek and Newman (today BBN Technologies), created text-based messaging between company computers through the network ARPANET In 1971 by using the “@” symbol to route messages.

Meanwhile, V.A. Shiva Ayyadurai built an electronic messaging platform in 1978 when he was 14 years old, basing it off the internal communication system at the University of Medicine and Dentistry in Newark, N.J., where he was a research fellow. In 1982, Ayyadurai was awarded the copyright for “EMAIL.”

However, disputes still remain over who the true inventor of email is. 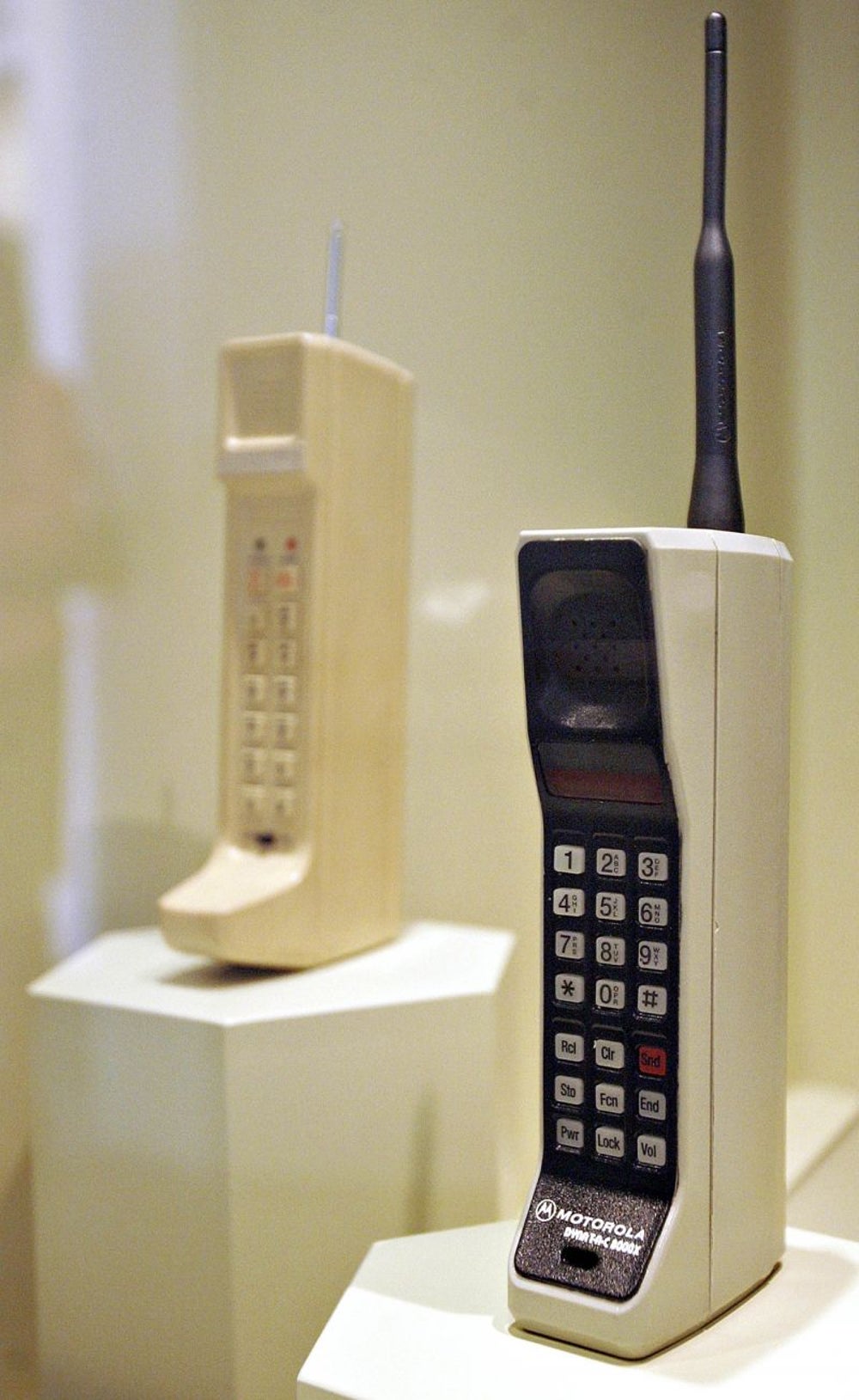 Although it sure didn’t look mobile, the first cell phone was invented in 1973 by Motorola. How exactly was this day marked? Martin Cooper, a senior engineer at the company, called rival telecommunications company Bell Laboratories to tell them he was speaking through a mobile phone.

The phone, which was a prototype of the Motorola DynaTAC 8000x, is nothing like the smartphone you own today. It weighed nearly two and a half pounds, was over a foot in length, offered 30 minutes of talk-time and took 10 hours to charge. Worst of all, it didn't even connect to wifi. 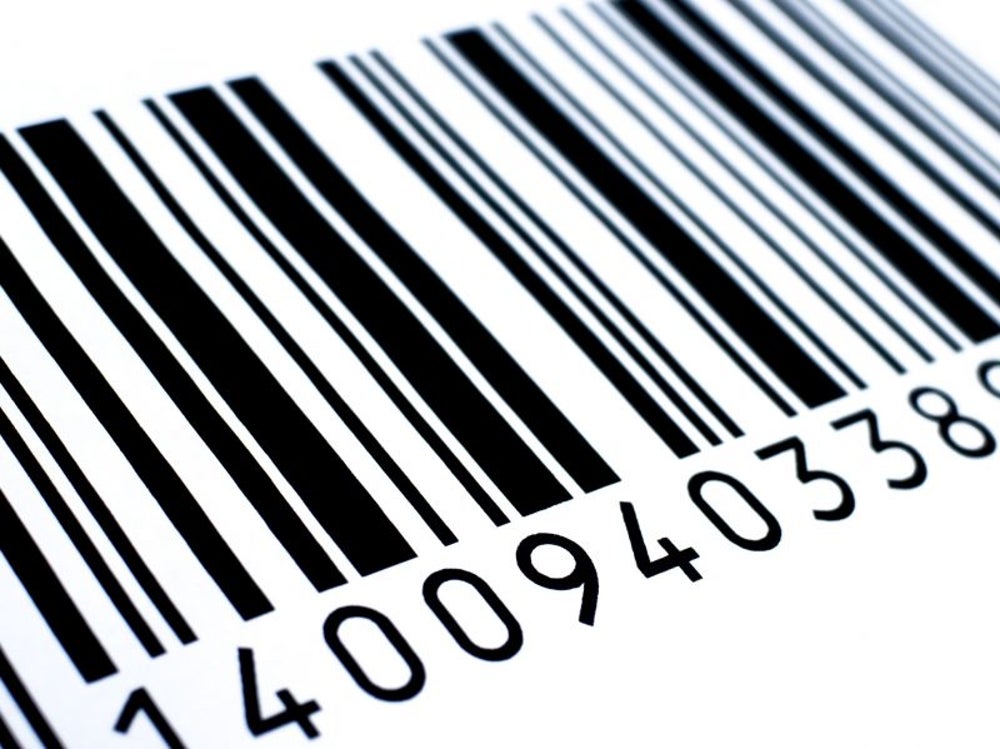 While sitting on a Miami beach in 1949, a spurt of inspiration hit inventor Norman Joseph Woodland. He drew in the sand an outline of what would today become one of the most effective retail inventions of all time -- the UPC, otherwise known as the barcode. Inspired by Morse Code, which he learned in the Boy Scouts, Woodland patented his idea in 1952.

After numerous designs, awareness of Woodland’s idea grew and eventually the retail and tech industries got involved in trying to create a successful UPC. However, it wasn’t until decades later that Woodland’s idea finally came to fruition. On the night of June 25, 1974, a team from the National Cash Register installed new scanners and computers at the Marsh Supermarket in the small town of Troy, Ohio. Finally, at 8 a.m. on June 26, 1974, the first item with a UPC was scanned -- a pack of Wrigley’s Juicy Fruit chewing gum, which is now preserved at the Smithsonian Museum. 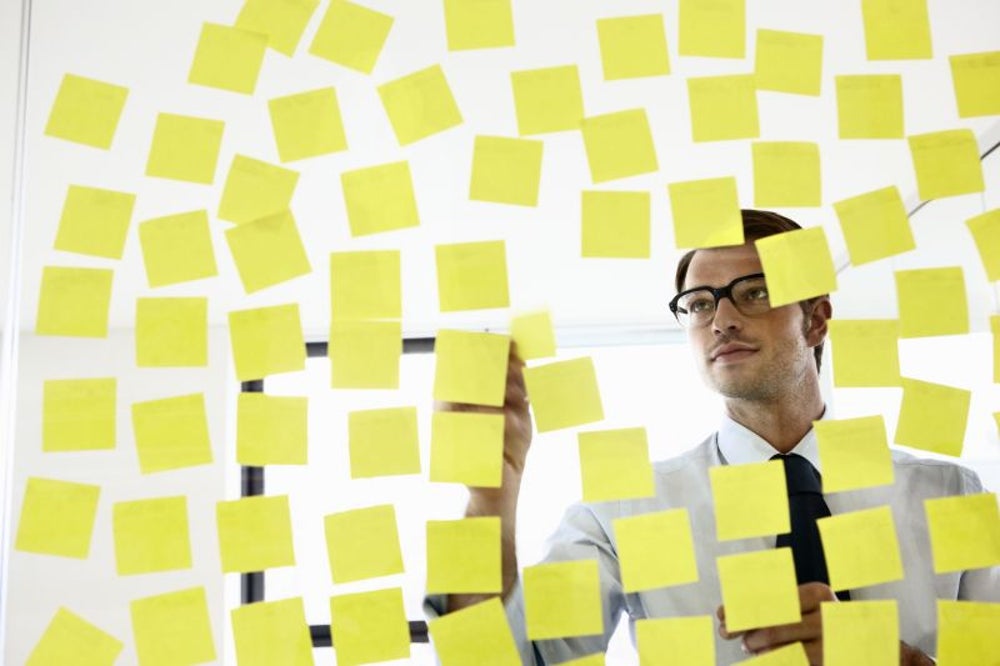 Image credit: Bernd Opitz | Getty Images
One of the simplest-yet-most-ingenius invention was actually invented by accident. 3M research scientist Dr. Spencer Silver created a strange adhesive in 1968, which he found different and interesting, but for the most part, useless. However, six years later, another 3M researcher named Arthur Fry tried using the adhesive material to hold his papers together after he got frustrated when the bookmarks in his hymn book started flying around. 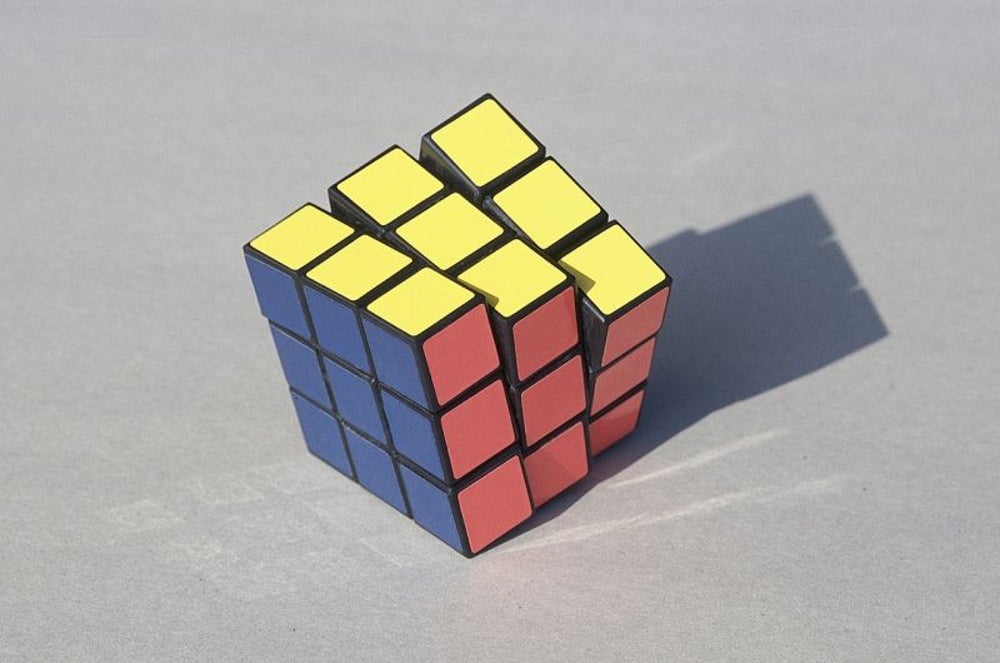 Image credit: Bangen | ullstein bild | Getty Images
The Rubik’s Cube, one of the most popular toys of all time, was invented in 1974 by Hungarian architecture professor Erno Rubik. Rubik used the Cube to present information about spatial relationships to his students in a more interesting and compelling way. Never had he intended for the object to become a top-selling toy. He saw it as a piece of art “that symbolized stark contrasts of the human condition … simplicity and complexity … order and chaos.” The Cube eventually became a children’s toy in 1979 and today, more than 350 million have been sold. 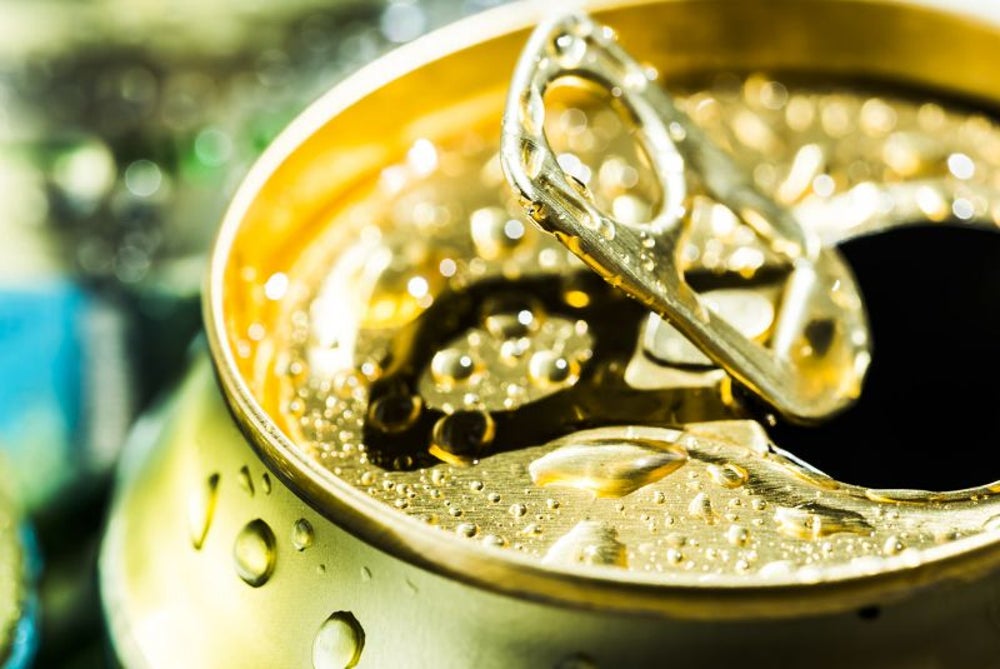 The previous pull-tab from aluminum beverage cans were hazardous enough to caus discussion in the science community, beverage industry and media. “Aluminum pull-tabs are now common elements of our environment and inevitable offenders as foreign bodies in the esophagus,” a 1970s article from the Journal of Pediatrics noted.

Luckily, an engineer for Reynolds Metals, Daniel F. Cudzik, came up with the “Sta-Tab” -- which today are the push-through pop-tops we see on cans. Cudzik patented his idea in 1975 and by 1976, a majority of beverage companies adapted the new can design. 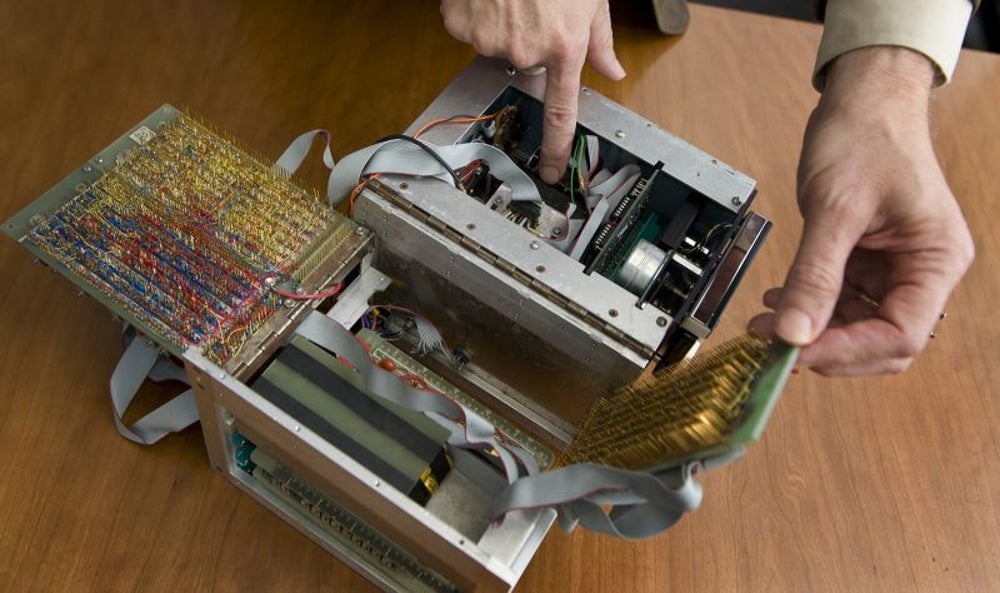 The first digital camera was invented by Kodak engineer Steven Sasson in December 1975, even though it wasn’t the type of camera you’d take to document a family vacation. It weighed eight pounds, took 0.01 megapixel black-and-white photographs that were recorded onto a cassette tape. One image took nearly 23 seconds to take and could only be seen when the camera was connected to a television set.

Related: Is Your Product Idea Right for Licensing? How to Tell. 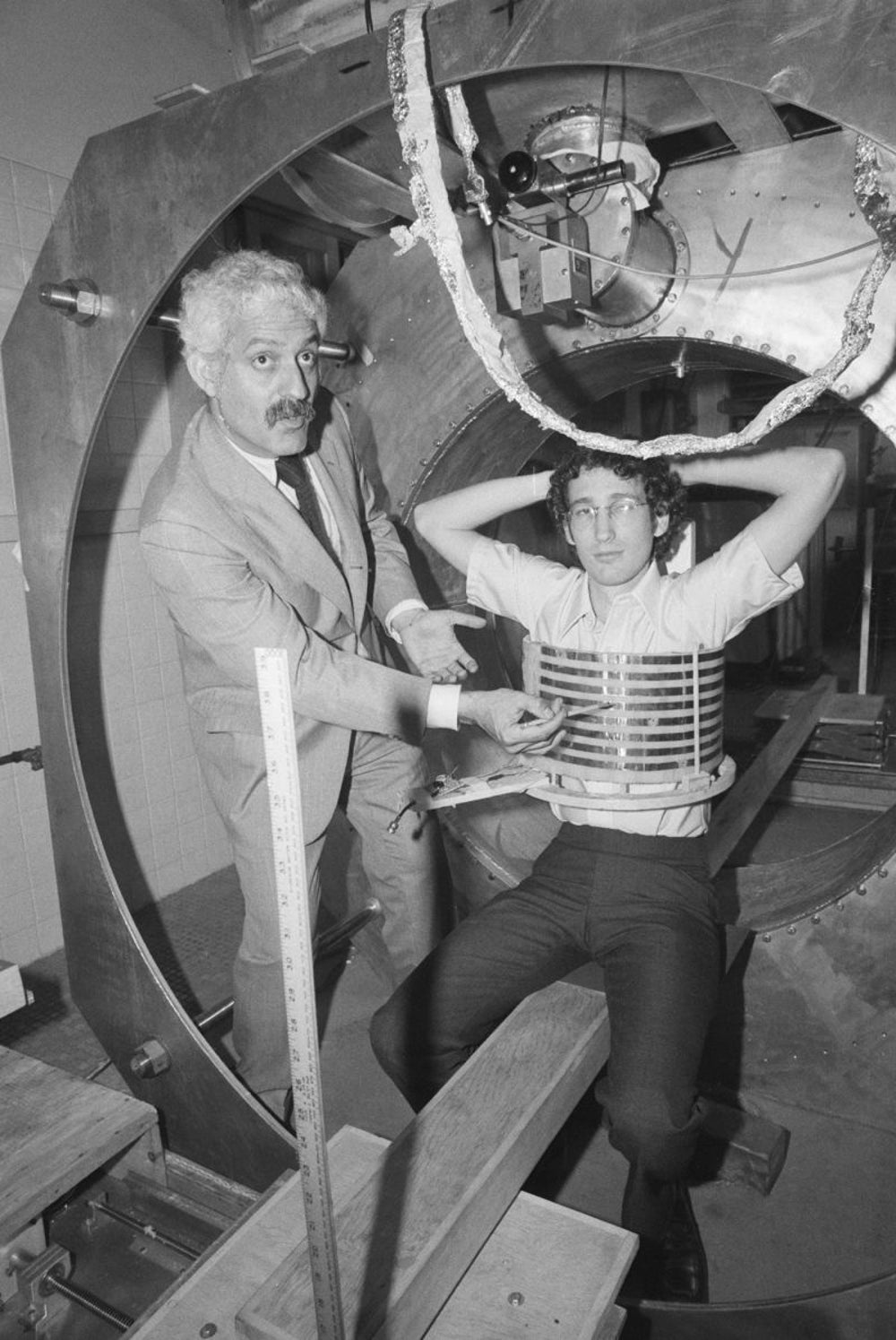 The MRI (Magnetic Resonance Imaging) machine is sometimes often considered one of the greatest medical breakthroughs of the 20th century.

Dr. Raymond Damadian, who invented the machine, attended the Juilliard School of Music at age 15. He then earned a mathematics degree at the University of Wisconsin, a medical degree at the Albert Einstein College of Medicine and completed graduate work in biophysics at Harvard.

After, Damadian worked as a professor at the State University of New York Downstate Medical Center, until he founded a company to manufacture MRI scanners in 1977. Earlier in the 1970s, he came up with the idea while using nuclear magnetic resonance, and later published his findings in a Science article. He completed the first MRI on a human body in 1977, which he performed on his assistant’s chest. 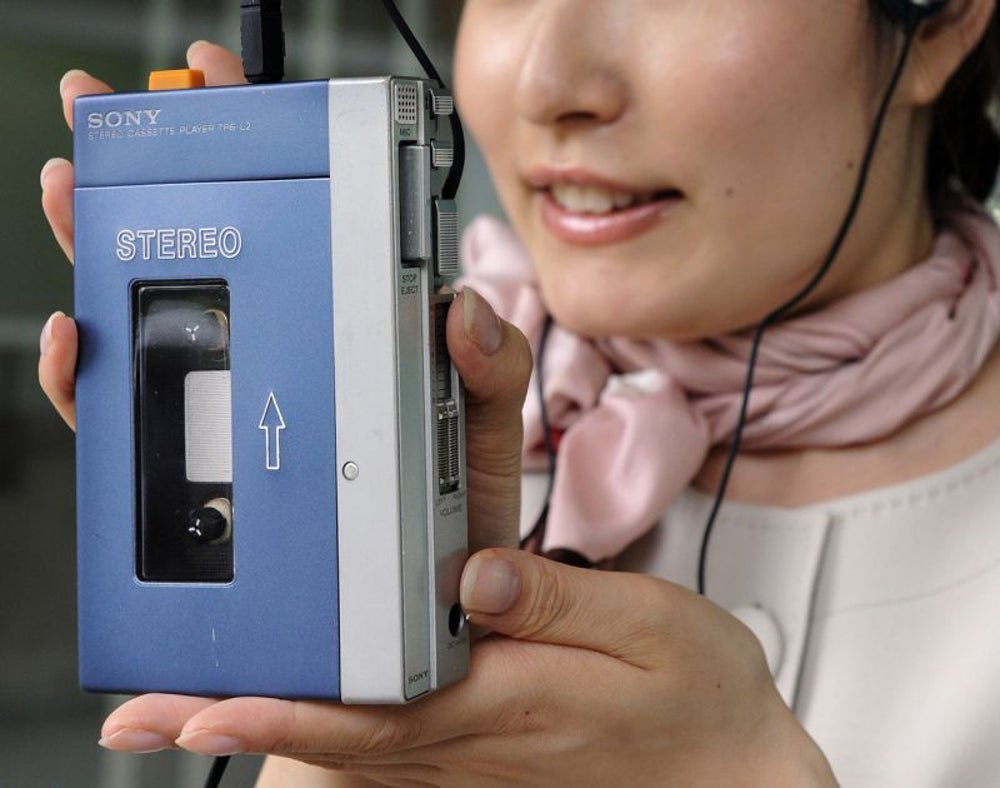 Before your smartphone, the Sony Walkman was the most popular personal music device on the market. Sony introduced the Walkman TPS-L2 on July 1, 1979. It was a blue and silver, 14-ounce cassette player that ran off two AA batteries. Initially released in Japan, Sony predicted only 5,000 would sell. Instead, its popularity skyrocketed and within the first two months, Sony sold more than 50,000 Walkmans.

More great inventions from beyond the 1970s