Not sure where to go next? Here's what you -- and your bank account -- can expect in 10 U.S. cities.
Next Article

From finding a job to paying rent, life after college can be tough. One of the first things to figure out is where to go next. But breaking it down into factors such as cost of living, job opportunities and average rent price can make finding the right city a bit less overwhelming.

Related: 10 Tips to Help Graduates Succeed in Their First Job

Looking at 108 of the largest cities across the U.S., financial advice company SmartAsset uncovered the best places for college grads, weighing how affordable, fun and job-friendly each is. For the second year in a row, the “Queen City” -- that is, Cincinnati -- wears the crown. Young adults in Cincinnati are experiencing plenty of job growth and have a range of opportunities. Not to mention, rent in Cincinnati is relatively low, with a median of $555 per month.

In second place is another Ohio city. Over the past year, Columbus’s unemployment rate for graduates with a bachelor’s degree decreased by 0.5 percent, and on average, these grads are making more annually than they did last year. Not only that, but the city is full of other young adults. In fact, 20 percent of Columbus’s population is in their 20s.

However, the best cities for grads go beyond those in this Midwestern state. From Nashville to Boston, today’s top cities for college grads are peppered across the map. Check out this year’s top 10 best cities for recent grads. 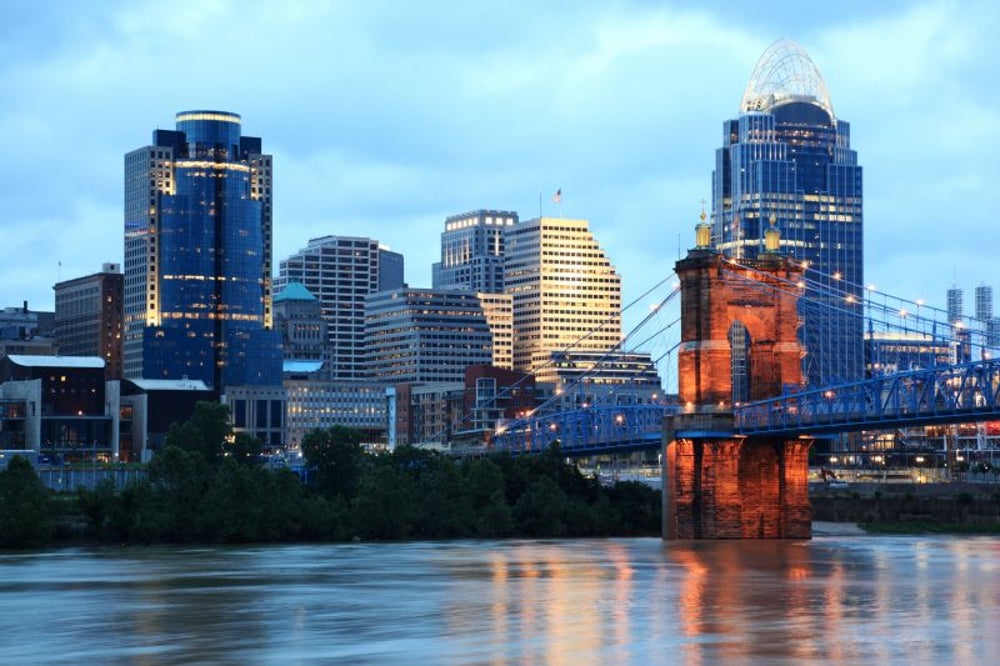 Image credit: Veni | Getty Images
For the second year in a row, Cincinnati takes the cake as the top city for recent grads. Not only are there plenty of career opportunities, but the rent is low and the average cost of living is 3.5 percent below the national average. Since last year, the unemployment rate for people with a bachelor’s degree in Cincinnati has decreased, and the average annual salary has increased to $45,831. 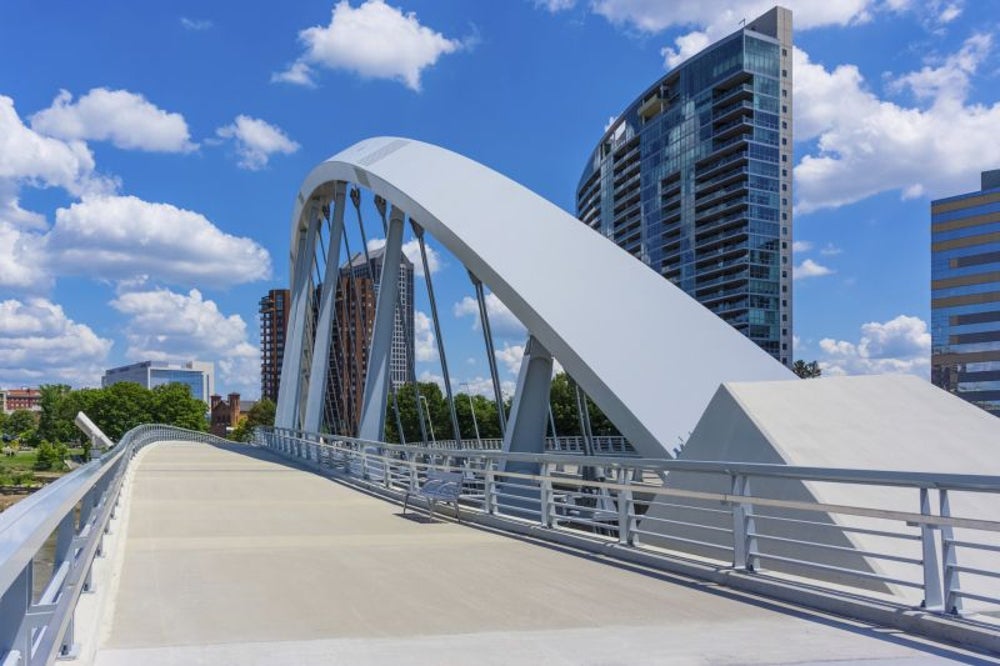 Image credit: Ron_Thomas | Getty Images
Columbus is another Ohio city to top the list of best places for recent grads, moving up from third place on last year’s SmartAsset list. That’s partly because the unemployment rate for people with bachelor’s degrees has dropped since last year, and the cost of living in Columbus is 2 percent lower than the national average. The average college grad in Columbus makes $45,559. 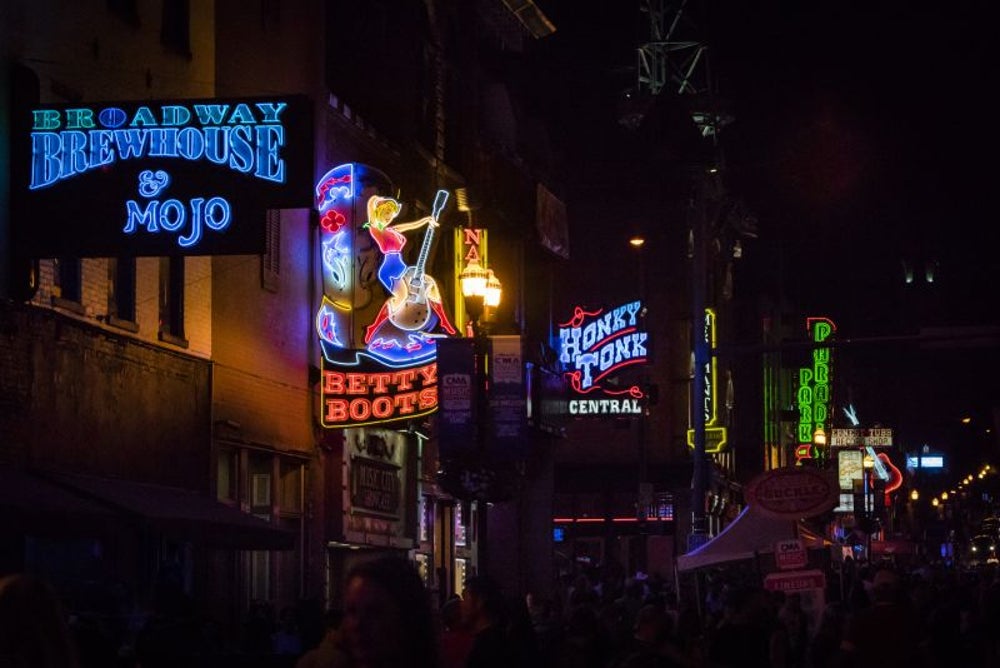 Moving from 12th place to third this year is Nashville, Tenn., which has one of the lowest unemployment rates in the country (3.6 percent). And at 1.5 percent, that figure is even lower for people with bachelor’s degrees. However, the average cost of living in this bustling Southern city is 5 percent higher than the national average. A college grad in Nashville can expect to take in an average of $45,109 annually.

Related: 10 Reasons Why Graduates Prefer Getting Hired By A Startup 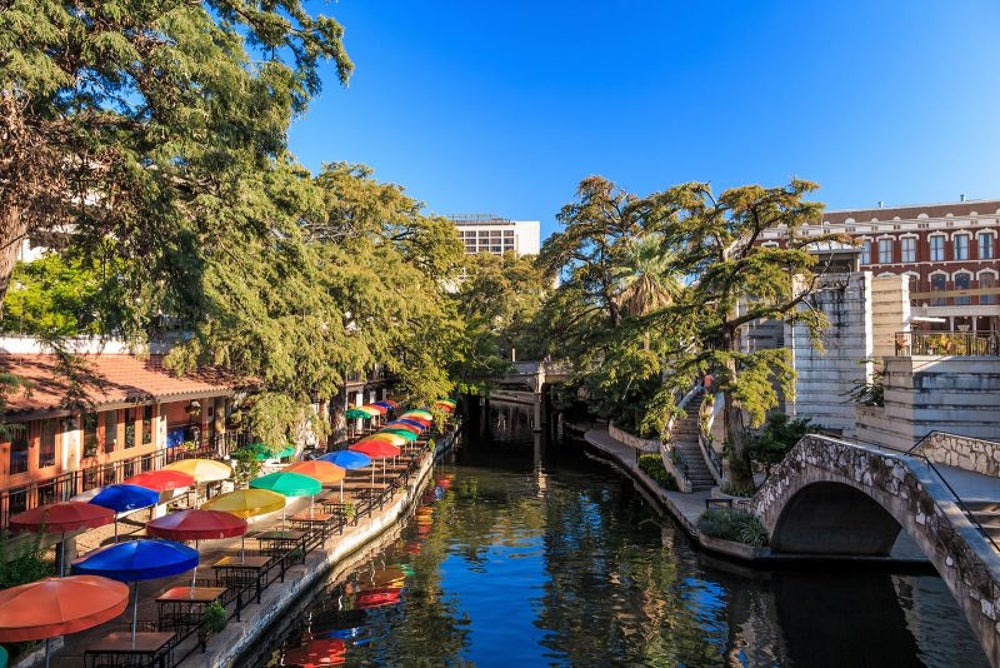 Image credit: f11photo | Getty Images
When it comes to fun, affordability and employment, San Antonio hits all three marks. Compared to last year, there are more entry-level job opportunities there, and the unemployment rate for bachelor’s degree holders has decreased by 1 percent. This city also has great entertainment, highly-reviewed restaurants and bars on Yelp and a large population of twentysomethings. To take advantage of all of these activities, the average college grad in San Antonio earns $48,709 a year. 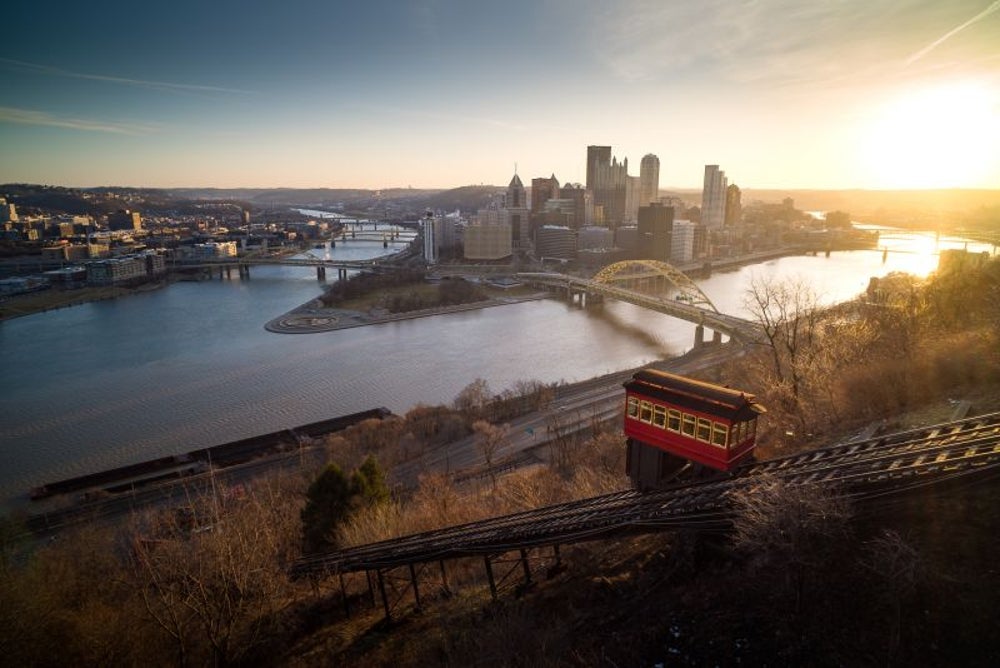 Image credit: Zolashine | Getty Images
Despite falling from second to fifth place on the SmartAsset list this year, Pittsburgh continues to be a popular hub for college grads. However, the job market is not as strong as it was last year -- the city saw an increase in unemployment and a decrease in the number of job postings on Indeed. On average, the salary for new grads is slightly lower than that of other large cities, at $41,877. Although, don’t worry -- the cost of living in Pittsburgh has fallen in the last year, and it is now 4 percent below the national average. Plus, median rent is fairly low at $735. 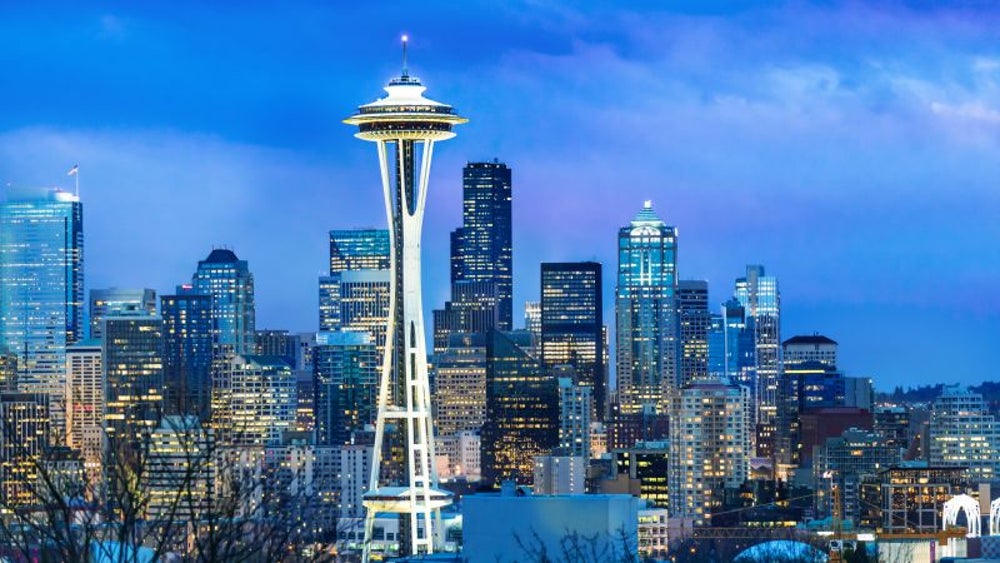 Image credit: Tim Miley | Getty Images
Up a spot from last year, Seattle is full of job opportunities and has a low unemployment rate. Recent grads there also make some of the highest salaries in the country, with the average salary being $60,476 -- up $3,000 from last year. However, the extra cash is a necessity -- the cost of living in this Pacific Northwest city is 28 percent higher than the national average, and the median rent is $1,259. 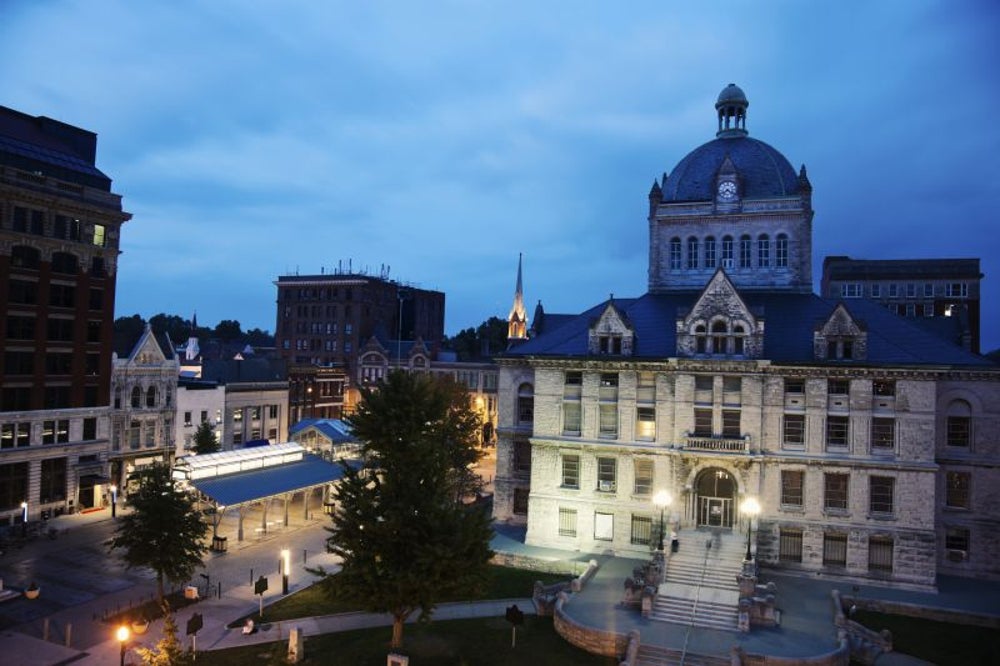 Lexington has moved up 11 slots from last year, and that could be because the city’s unemployment rate is down by 2 percent. In addition, college grads there are making more than they were last year, with an average salary of $43,982. Rent remains affordable, with a median of $666. 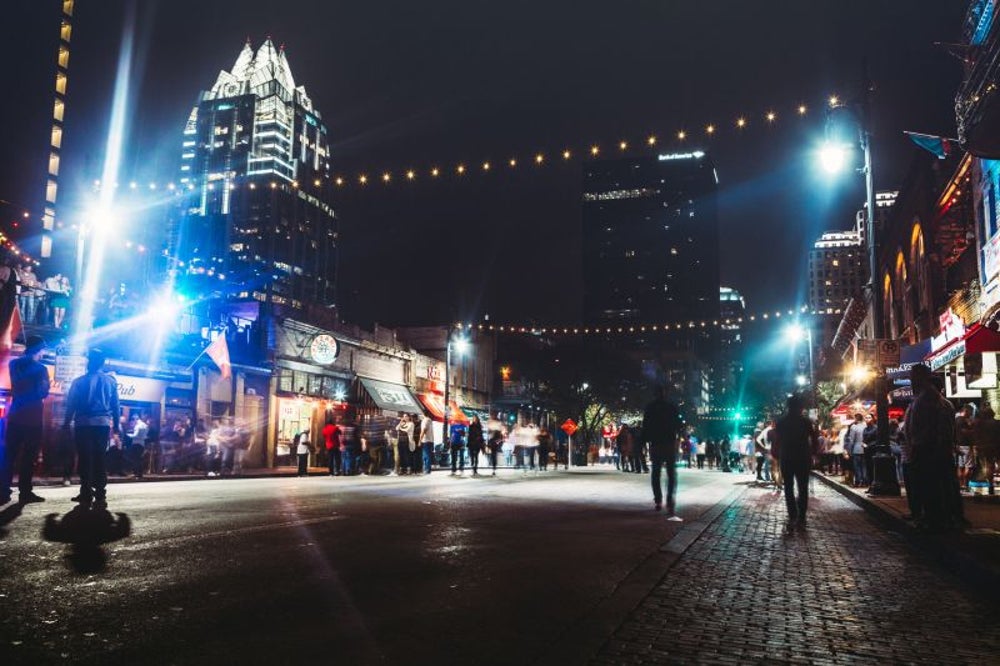 Image credit: RyanJLane | Getty Images
Another Texas city to make the top-10 list is Austin. Despite a drop in Indeed job listings and a slight uptick in unemployment, Austin remains one of the most popular cities among college grads. With its lively nightlife and restaurant scene, the city is highly populated by twentysomethings, and these young adults are the third-highest paid among those in any city in this ranking. On average, recent grads take home $50,379 annually. 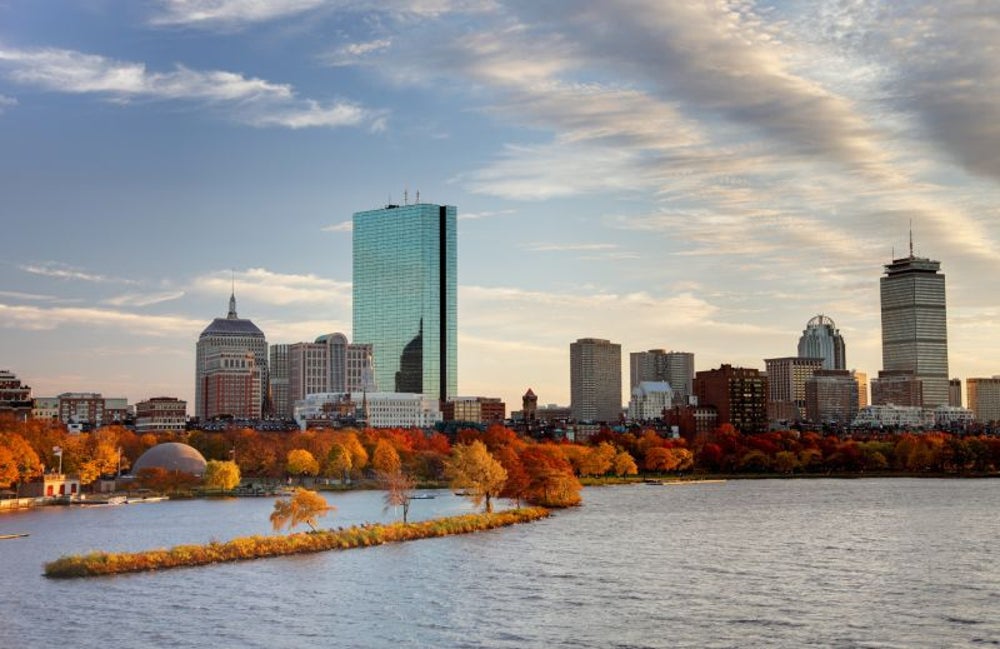 Image credit: DenisTangneyJr | Getty Images
Last year, Boston took 44th place on the best cities for recent grads list; however, in 2017, the city finds itself at number nine. So, what’s changed? Boston experienced a decrease in unemployment, an increase in job postings and an increase in average salary. On average, a college grad makes $56,553 annually in Boston. And while the cost of living dropped slightly over the past year, it still remains high at 29.5 percent above the national average. 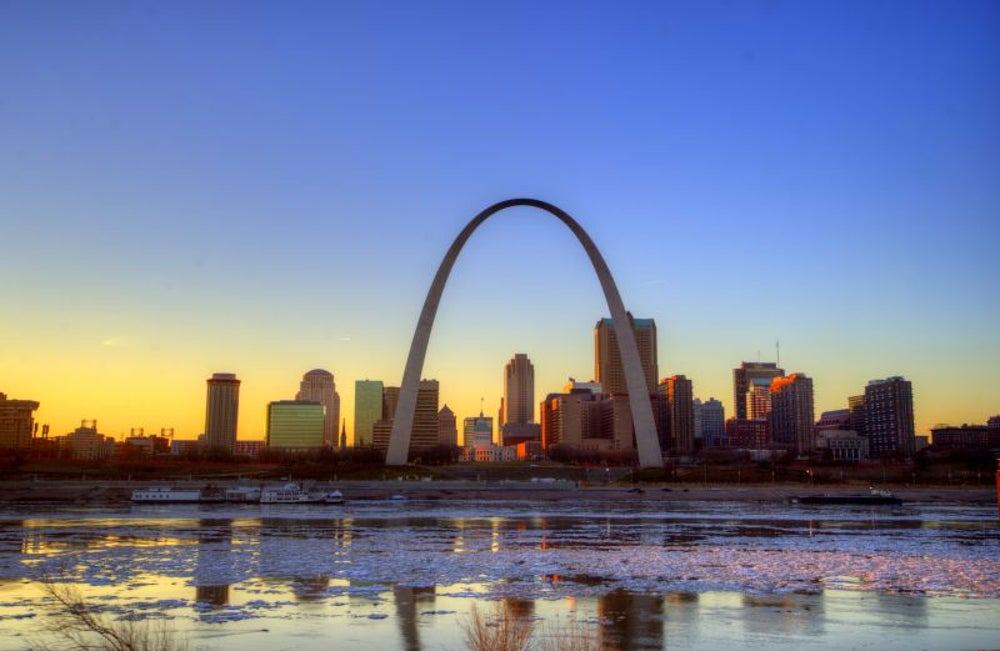 Image credit: JByard | Getty Images
Going from 29th to 10th place, St. Louis has seen some major improvements since last year -- especially in terms of unemployment. For people with bachelor’s degrees, the unemployment rate decreased from 5.1 to 3.1 percent over the past year. Rent is also low there, with a median of $580, and the average salary for recent grads is $42,940.
More from Entrepreneur