At first glance, building a net worth of $1 million might seem unattainable, but it's more realistic than you think.
Next Article


At first glance, building a net worth of $1 million might seem unattainable, but it's more realistic than you think. In fact, you don't even need a winning lottery ticket or a trust fund to join this exclusive club.

Your annual income certainly plays a role, but the way you allocate your funds actually matters more than your salary. When properly planned, a solid work ethic, responsible spending habits and savvy investing can grow your fortune to $1 million -- and far beyond.

Achieving this goal will require you to make some sacrifices, but the feeling of financial security is priceless. If you're serious about becoming a millionaire, it's time to start making some major moves. Craft a solid game plan by incorporating some -- or all -- of these 12 tips into your lifestyle and get on your way to making your first $1 million.

(Laura Woods contributed to the reporting for this article.) 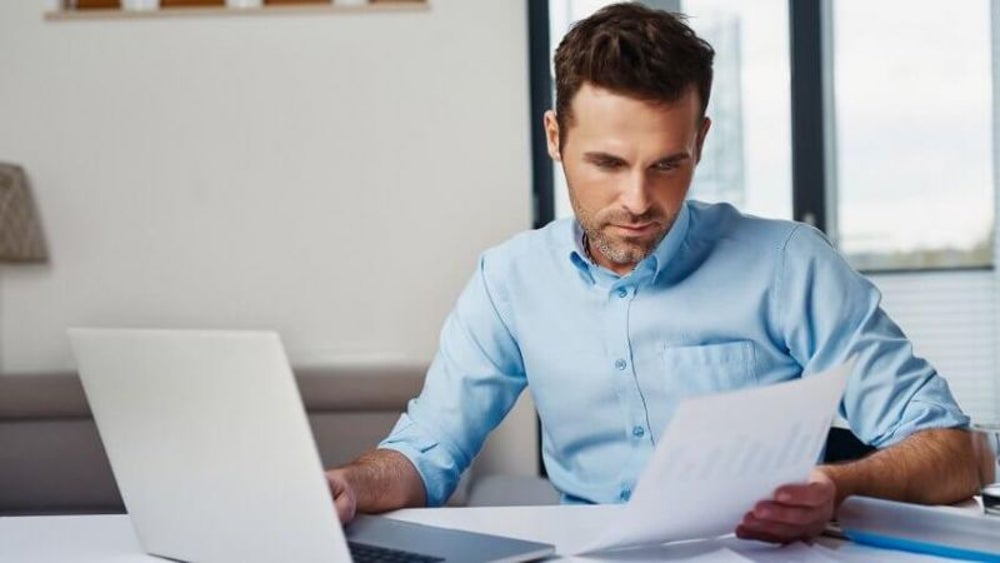 A profit margin isn't strictly reserved for businesses; it also applies to you. "By increasing the gap between what you earn and what you spend, you end up with a profit in exactly the same way a business earns a profit," said J.D. Roth of personal finance blog Money Boss. "This profit can then be used to pursue your long-term financial goals."

To specifically reach a million bucks, you'll need to boost your savings rate substantially more than the normal five percent to 15 percent, said Roth. He suggested saving half of your income, and noted that you'll have to make hard choices of deferring present spending in exchange for future financial success. For two-income families, he suggested choosing to live on one income, and saving and investing the other salary. 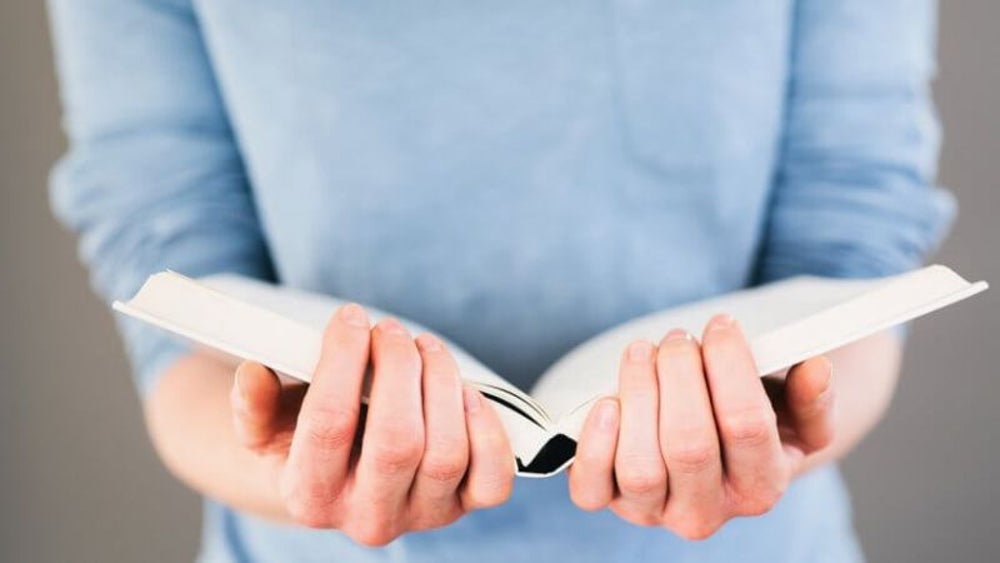 "Start with $10 million" is actually a joke, and it reflects how our brains tend to trick us into doing the wrong thing when investing. The best way to circumvent our "inferior mental angels" is to learn about investing, create a plan and stick with it.

Our psychology often works against us, said Kirk Chisholm, principal at Innovative Advisory Group. It's not difficult to make a million with investing -- if you start young enough and avoid psychological pitfalls, such as following the crowd.

Avoid trading in and out of your investments. Create a sound investing plan, invest through thick and thin and over time you can become a millionaire. Those who buy and sell more frequently tend to underperform compared to those who buy and hold, according to Vanguard Research.

Turn your passion into a business. 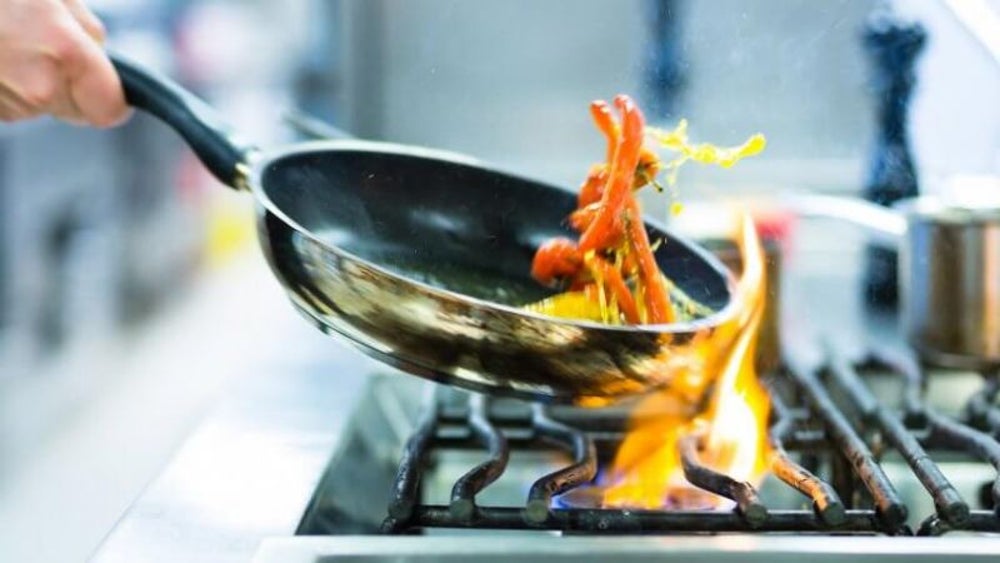 Passion alone won't make your first million. There's no substitute for luck and flexibility. "Find something you are truly passionate about, become the authority and make a business out of it," said Joseph Carbone, wealth advisor at Focus Planning Group. "Not only will you be happy, but you probably will be very successful."

The Chipotle story illustrates this. After finishing culinary school in 1993, Chipotle founder Steve Ells was excited about starting a fine-dining restaurant. Lacking funds for the upscale place, he took a small loan from his father and opened his first Chipotle, to raise money for his exclusive restaurant. After selling 1,000 burritos in the first month, his passion for cooking veered from a high-end restaurant into a successful path to wealth, with the popular Chipotle Mexican Grill restaurant chain.

Furthermore, expect to fail along the way. Don't be surprised if there are some bumps along the way before hitting that million-dollar idea. 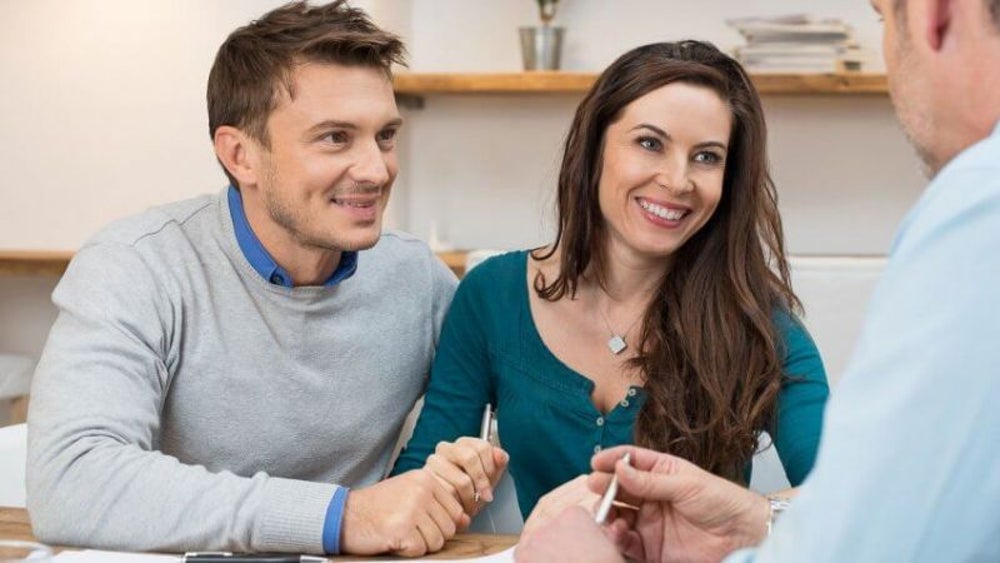 Getting rich can be a matter of mathematics. It's well documented that investing in the stock market over many years, reinvesting your dividends and letting that money grow and compound can make you a millionaire. But it's also a matter of knowing how much to invest, in what types of mutual funds and for how long.

You can find out how much you need to invest, for how long and at what return with a simple calculator. Todd Tresidder, former hedge fund manager and owner of wealth-building website Financial Mentor, developed a calculator to help with this. For example, you can calculate that if you invest $500 per month in a diversified stock market index fund -- such as the Fidelity Total Market Index Fund -- and earn an average 7 percent return 00 assuming a 2 percent inflation rate -- you will be a millionaire in 36 years.

If Henry starts at age 25, by age 61, he'll be a millionaire. If he starts later, he'll need to save and invest more. If Henry chooses lower-return investments, such as money market funds or certificates of deposit (CD), he'll have to save thousands of dollars more to compensate for those investments' lower annual rates of return. 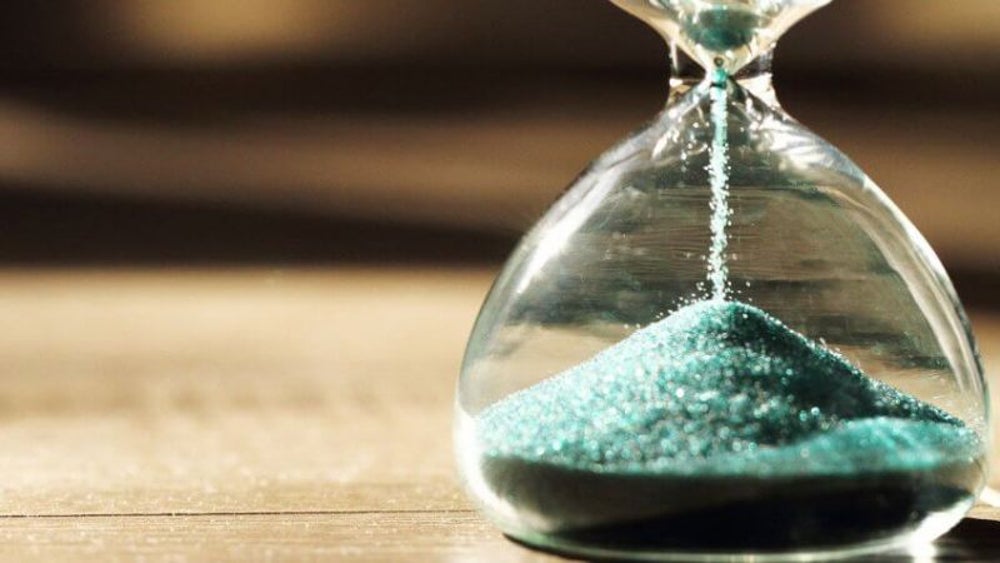 Regardless of the path you choose to get rich, it will take time. Investing in the stock market takes years for your money to grow and compound. Starting a business and nursing it to success doesn't happen overnight. When it comes to the math of compounding returns, the greatest financial growth occurs in the later years.

"Making your first million will often take longer than making your second," said Daniel Zajac, certified financial planner and partner at Simone Zajac Wealth Management Group, and founder of the blog Finance and Flips Flops. "Whether it's through building a business, or years and years of saving, the first million is often the hardest. Stay committed, stay patient and keep your eyes focused on the goal."

Don't let the initial slow growth through compounding or the pitfalls of starting your own business thwart your long-term wealth aspirations. Fear and impatience can be your worst enemies when trying to make $1 million. 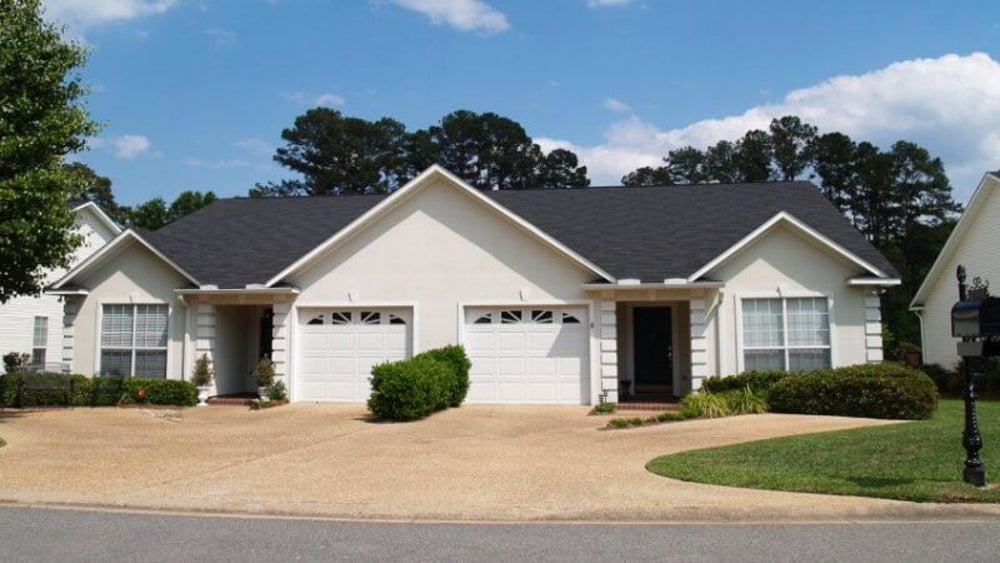 Investing in real estate has long been a path to wealth. However, it's much easier to initially invest in real estate in lower-cost-of-living areas. If you live in San Francisco or New York City, you might want to invest in an up-and-coming area.

Paula Pant, owner of personal finance blog Afford Anything and resident of Atlanta, Ga., is building wealth with a real estate portfolio. Save enough to make a down payment on a rental property with a strong positive cash flow, she said. This means that after you pay the bills, there's money left over to go into your bank account.

Over time, as you pay off the mortgage, you'll ultimately own the property outright. Pant suggested starting with one property and repeating until you reach $1 million. 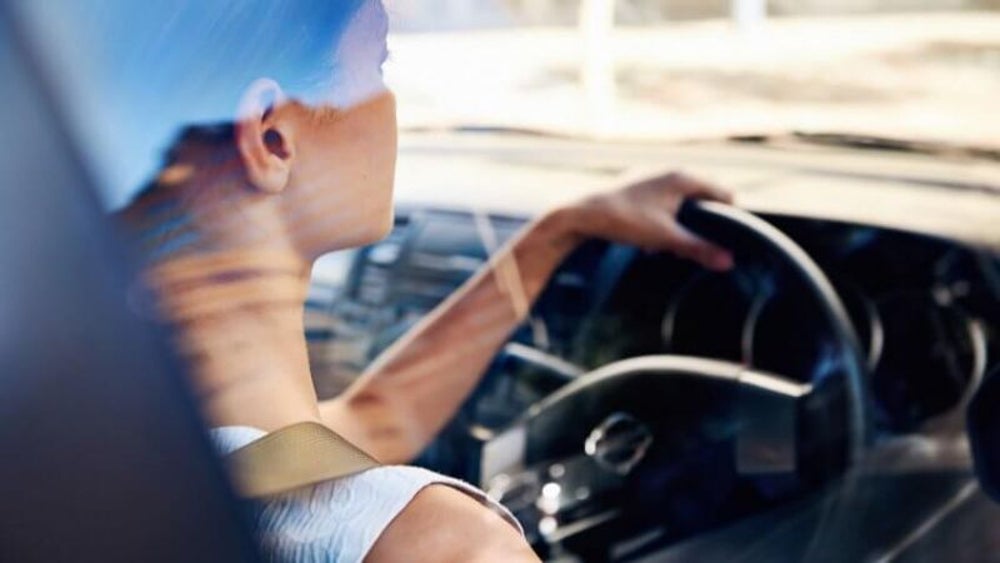 Discard the myth that millionaires all spend with abandon and live high on the hog. In the book, Millionaire Next Door, award-winning authors Thomas J. Stanley and William D. Danko studied how individuals became rich, and their findings were surprising.

"Many people who live in expensive homes and drive luxury cars do not actually have much wealth," they wrote. "Then, we discovered something even odder: Many people who have a great deal of wealth do not even live in upscale neighborhoods."

Related: 11 Mistakes Standing Between You and Your First Million

The authors found that high salaries don't necessarily translate into high net worth. In fact, Stanley and Danko found that those who accumulated the most wealth would be considered frugal themselves, and married to conservative spenders as well. The gap between income and spending is an asset for those learning how to get rich. Think about it realistically: You can't build wealth if you spend all that you earn -- or worse yet, spend more than you earn. 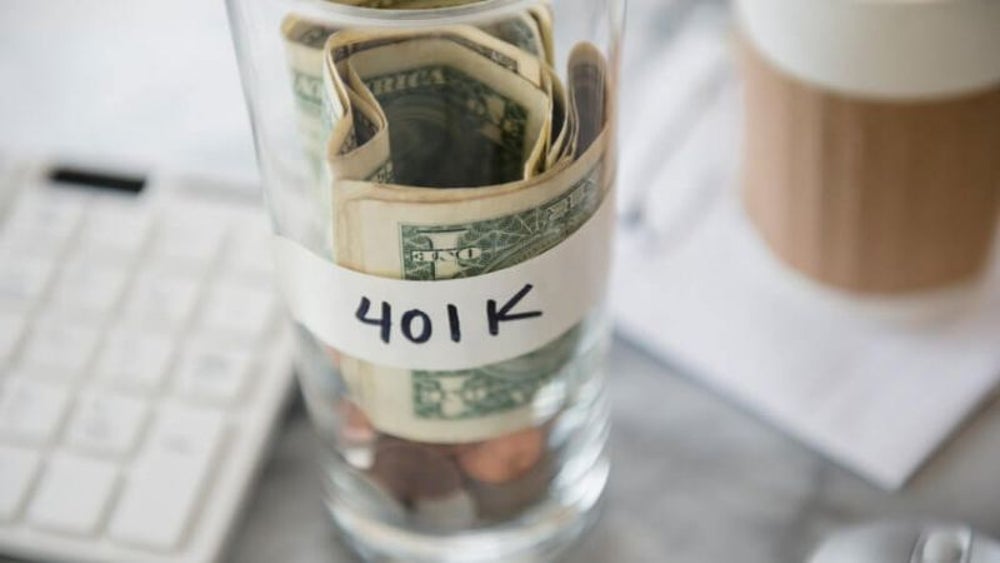 The government gives you a wealth-building gift: the 401k account. Here's how you can use it to make your first $1 million:

In practical terms, if you contribute $18,000 annually to your 401k, and earn 7 percent by investing in an average stock mutual fund, you will be a millionaire in 23 years. Invest less or earn a lower return, and it will take longer to make your first million.

"You don't need to be the next Richard Branson to make your first million," said Grant Bledsoe, founder of Three Oaks Capital Management and blogger at Above the Canopy. "Just take what the IRS gives you."

Be a wealth-building hustler. 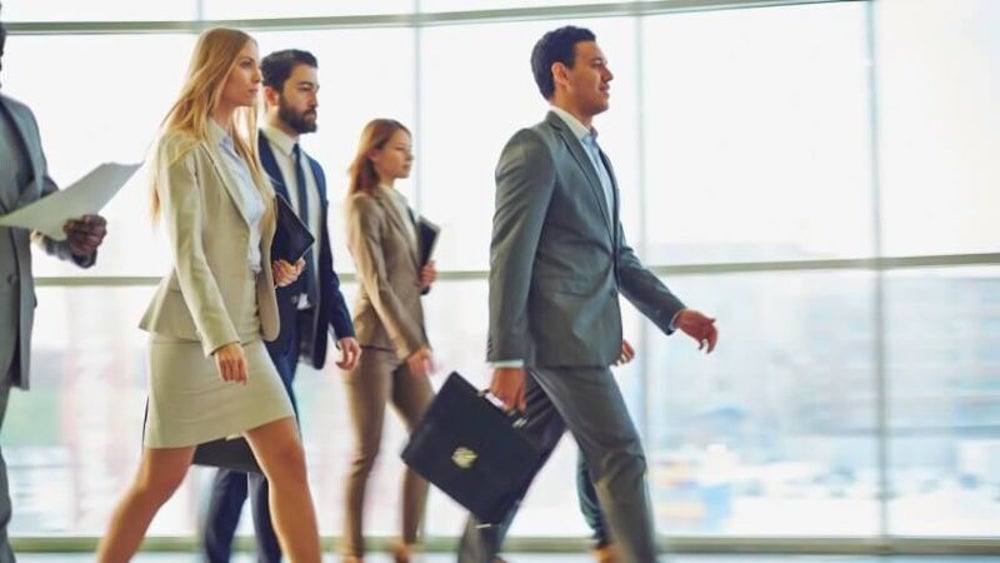 It might sound obvious, but if you want to make your first million, choose a side gig to earn more cash. If you're making just enough to pay for rent, food and utilities, it's unlikely that you'll get rich. You don't need to be brilliant to become a millionaire, but you do need to be disciplined, hard-working and creative.

Wealthy entrepreneur and businessman Mark Cuban started creating income streams at age 12. He sold packages of trash bags so he could afford to buy the shoes he wanted, according to Biography. In high school, he peddled stamps and coins for extra cash.

He took college psychology classes in his junior year of high school, then skipped his senior year to begin college full time. This illustrates the wealth-building hustler attitude. He gave up free time and leisure to pursue his dreams. The same holds true for many millionaires. 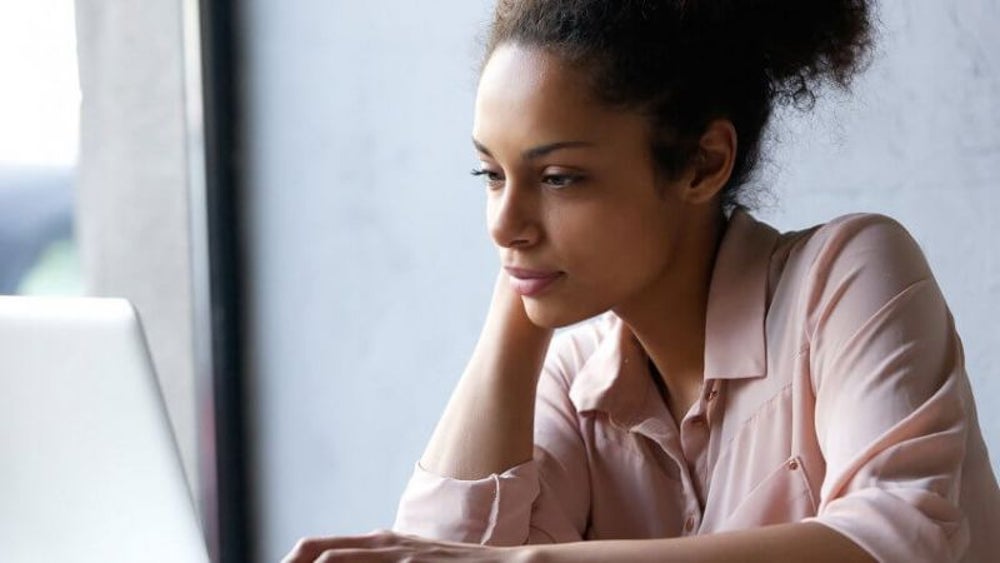 Wealth-building is as much a mindset as anything else, so it's important to make sure you eliminate beliefs that will work against you. If you want to make your first $1 million:

If you want to learn how to make your first $1 million, it's preferable to start when you're younger and be patient. It's also crucial to have fun along the way -- because, ideally, that's the point. 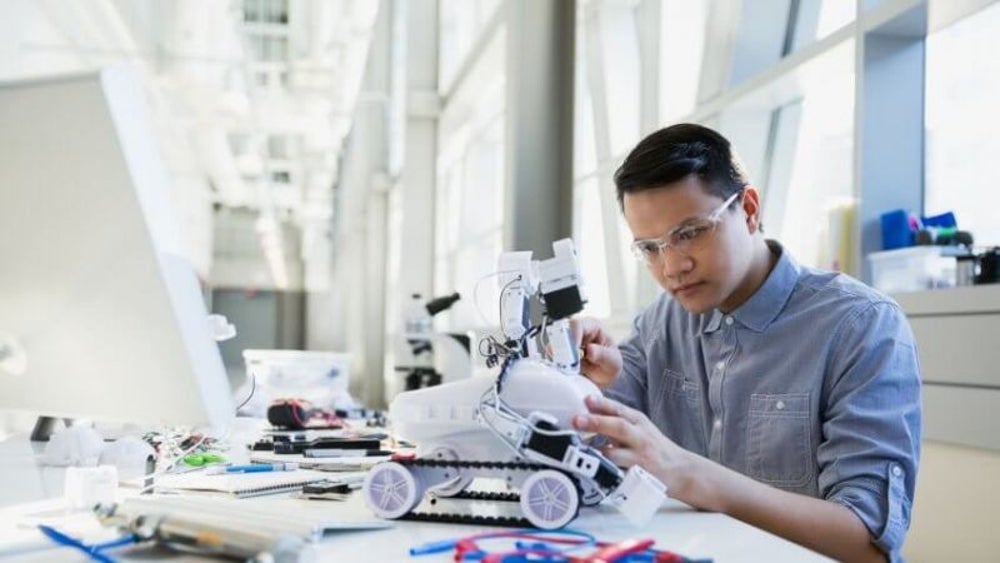 If you have a lot of really great ideas, take your best one and monetize it. It doesn't matter if it's a product or service, as long as people are willing to pay up for the benefit it offers.

For example, Spanx founder Sara Blakely became the youngest female self-made billionaire in the U.S. by inventing flattering undergarments to wear under white pants. Her net worth is currently $1.04 billion, according to Forbes.

Beanie Babies' creator Ty Warner amassed a fortune from his stuffed animal empire. He wisely created an expansive product line and sold it in limited quantities, which caused the items to surge in popularity. Forbes estimates the former Dakin Toy Company sales rep's net worth at $2.7 billion.

Maybe your invention solves a problem experienced by many or entertains the masses. Either way, people are willing to spend money for something that adds value to their life. 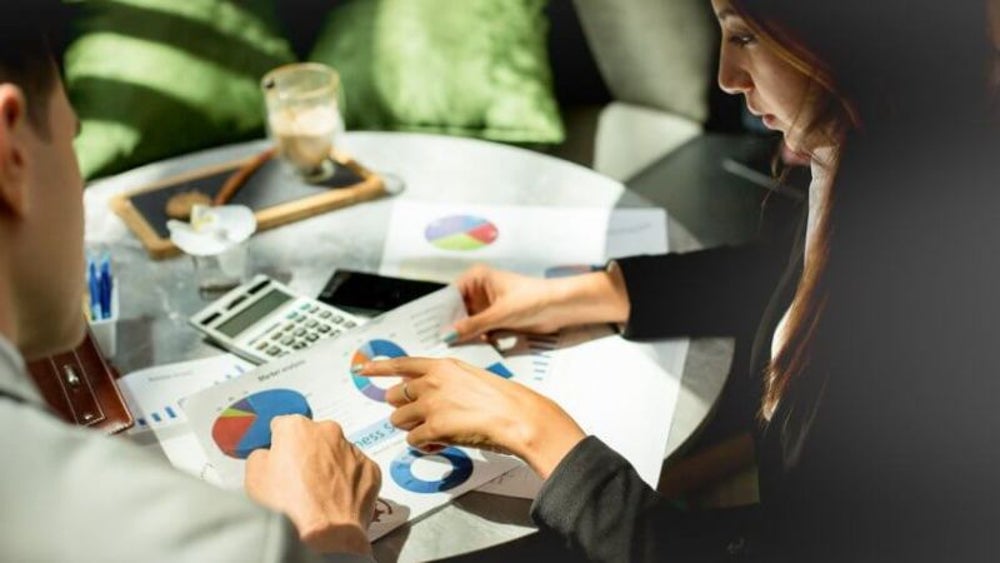 You might think a relatively small inheritance -- e.g., $25,000 to $75,000 -- won't go too far, but you can really cash in by allocating the funds wisely. Marc Johnston-Roche, co-founder of Annuities HQ, acknowledged the temptation to splurge with your newfound worth, but advised investing instead.

"Work with a financial planner to create an asset allocation strategy that's suitable for your age group," he said. "This strategy will vary based on how much risk you're willing to take, and how much time you're planning to invest these funds for. It's definitely not a one-size-fits-all approach, so it's important to get some professional guidance."

To realize significant growth, Johnston-Roche recommended leaving the funds relatively untouched for the next five to 10 years.

"Additionally, by investing your money now and letting it grow, you'll be able to take advantage of compound interest," he said. "Compound interest can accrue significantly over time when you reinvest earned interest rather than paying it out."