Next time you travel, you might want to avoid these 10 airports.
Next Article

From long security lines to lost luggage, sometimes travel can be a nightmare. A study conducted by J.D. Power uncovered some of the worst airports in the U.S., analyzing more than 36,000 passengers who made roundtrip flights between January and October 2016. The study measured traveller satisfaction at medium- to large-sized airports across the country, examining six factors: terminal facilities, airport accessibility, security check, baggage claim, check-in and food, beverage and retail.

Related: The 10 Best Airports in the World

Some of today's busiest airports such as New York's LaGuardia and LAX are the worst when it comes to overall traveller satisfaction. LaGuardia takes the cake as the worst airport last year -- and that says a lot for an airport that sees more than 13 million travellers a year. Close behind is another tri-state airport: Newark Liberty International.

From Newark to LAX to Chicago O'Hare -- here are the airports to avoid, if you can. 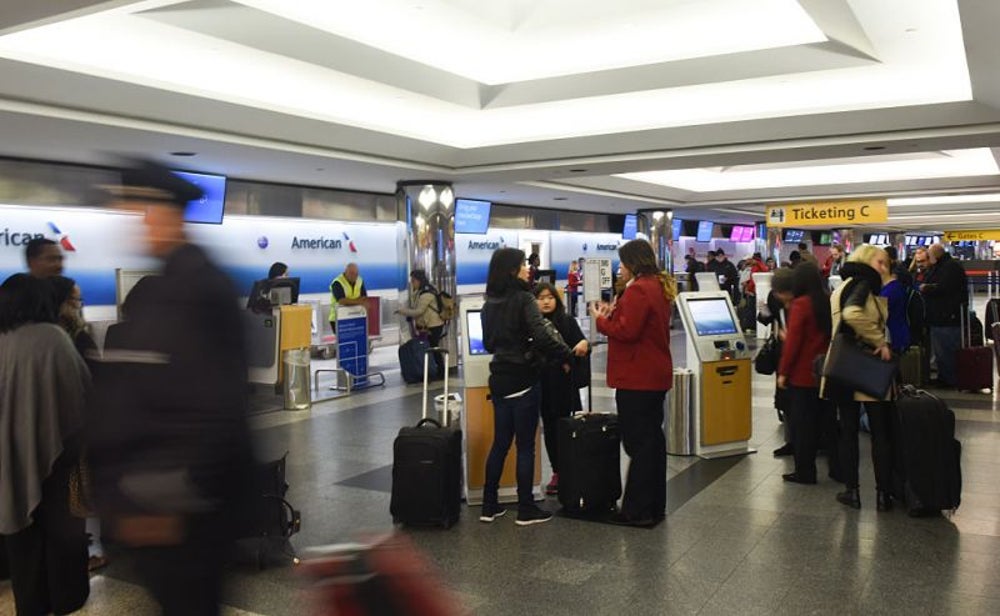 Due to ongoing construction, LaGuardia Airport put itself at the top of the list for worst airports in the U.S. for 2016. That's because its current terminals, which receive more than 13 million travellers a day, were only meant to handle 8 million.

"The design solves two major problems for the airport: overcrowding and the ability to move aircraft more efficiently on and off runways," said Michael Taylor, director of the airport practice at J.D. Power, about the upcoming construction at LaGuardia. 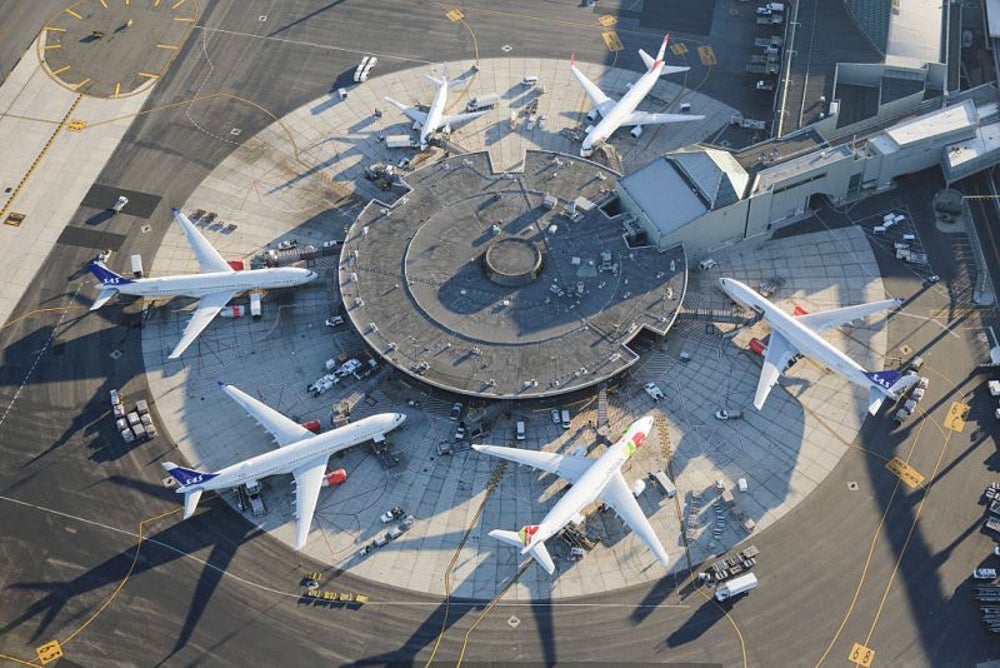 Image credit: James Leynse | Getty Images
New Yorkers don't seem to have much luck when it comes to airports. Newark Liberty comes in as the second worst U.S. airport. Like LaGuardia, the airport is also undergoing construction and can be overcrowded. According to the Department of Transportation, the airport had more than 430,000 incoming and outgoing flights in 2016, with 26 percent experiencing delays. 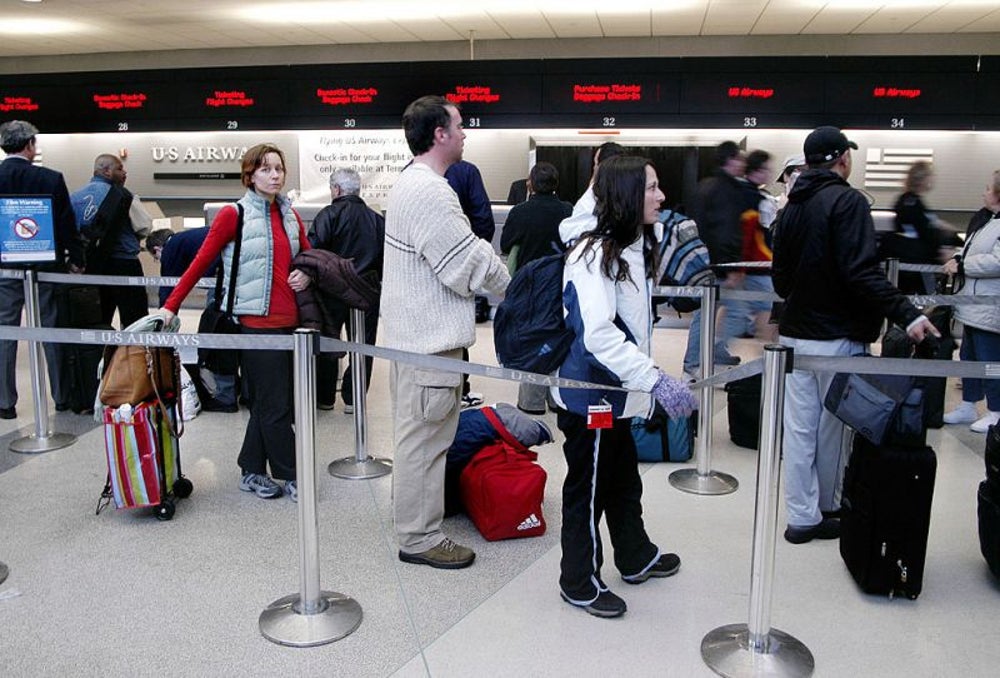 Image credit: William Thomas Cain | Getty Images
Coming in third place for worst airport is Philadelphia International. This might be due to its need for a redesign. However, people seem to be avoiding it. In 2016, more than 30 million passengers travelled through Philly's airport -- a 4.1 percent decline from the year before. 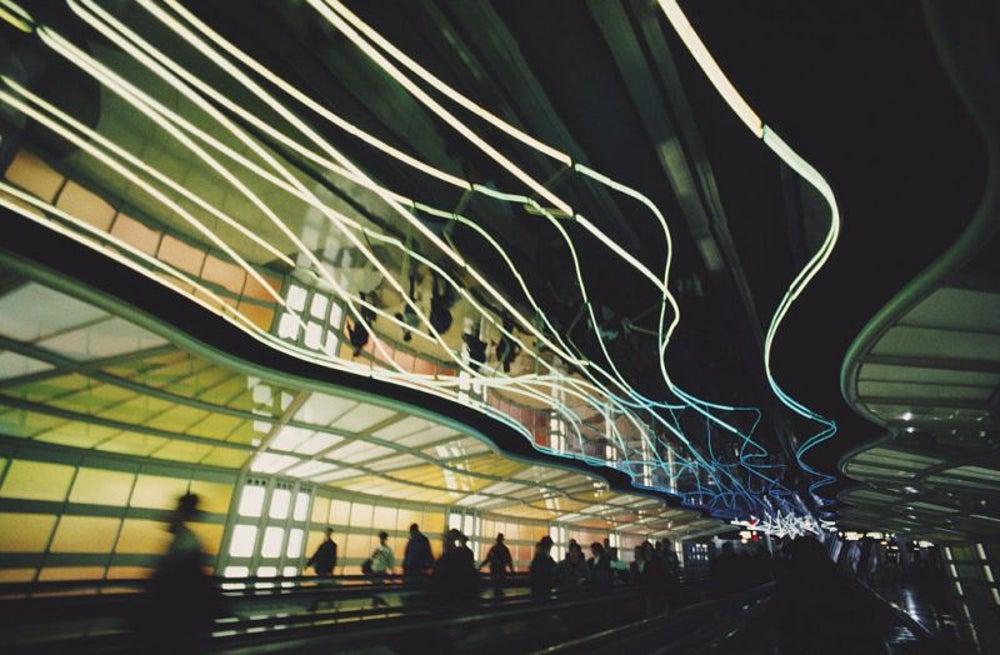 The next airport on the worst airport's list is another big city -- Chicago O'Hare International. For being one of the largest connecting airports in the U.S., O'Hare gets hit with some of the worst weather in the country -- causing a number of flight delays and cancellations. 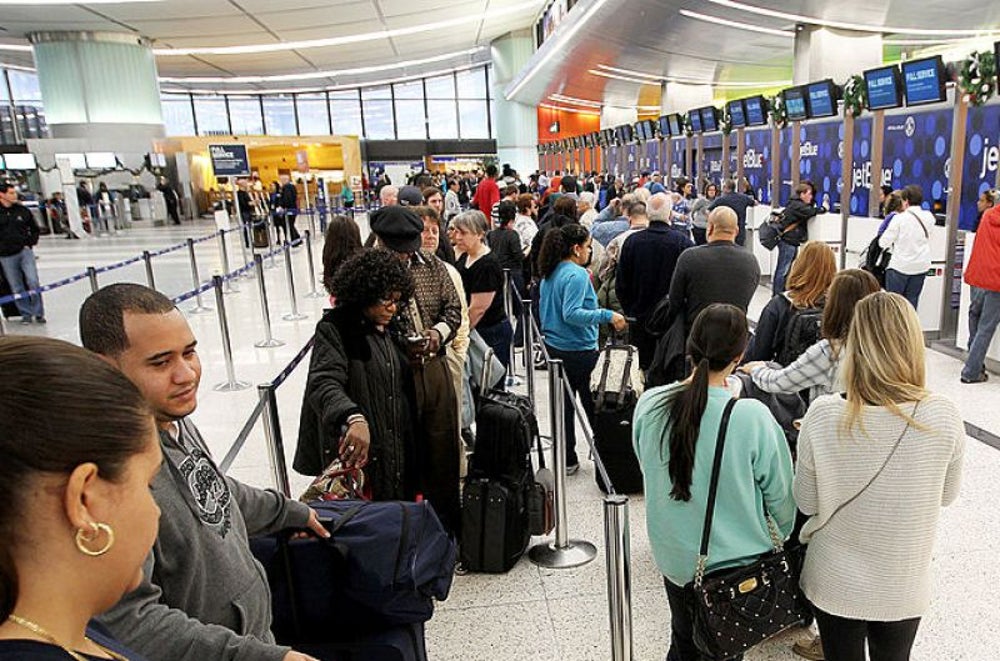 Image credit: Boston Globe | Getty Images
From long TSA lines to overcrowded terminals, Boston Logan Airport comes in fifth for worst airport. According to the Boston Globe, in 2015 the airport received 5.5 million travellers -- 600,000 more than the year prior. 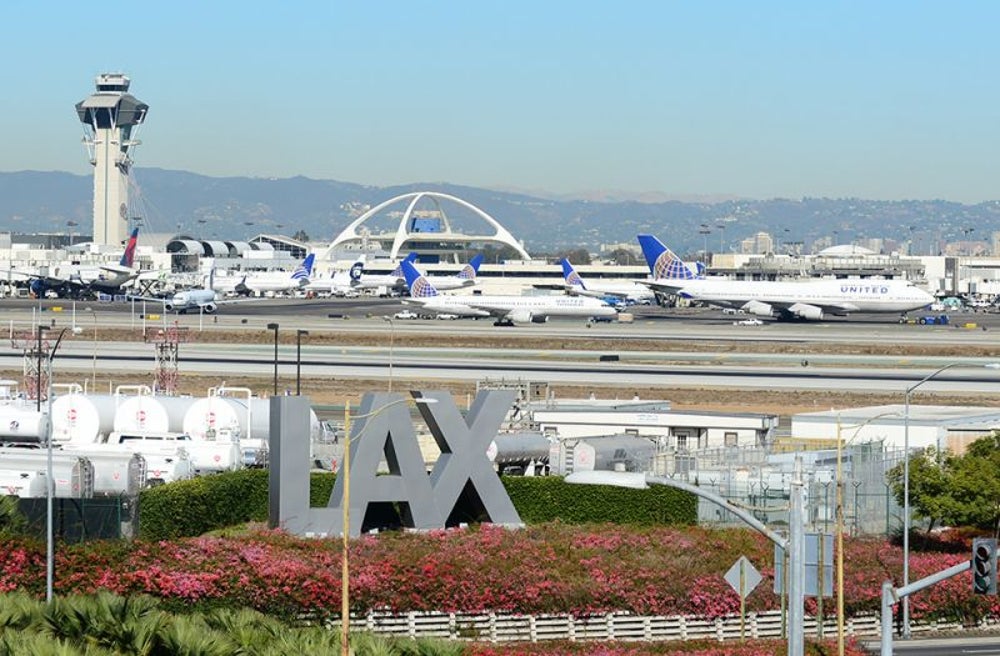 Image credit: Frederic J. Brown | Getty Images
Los Angeles International is known for long lines, from check-in to TSA to customs. Due to construction, the airport has improved in certain areas, opening up new restaurants and stores, however it still has long ways to go. The airport plans for a $1.6 billion renovation to the airport's midfield terminal. 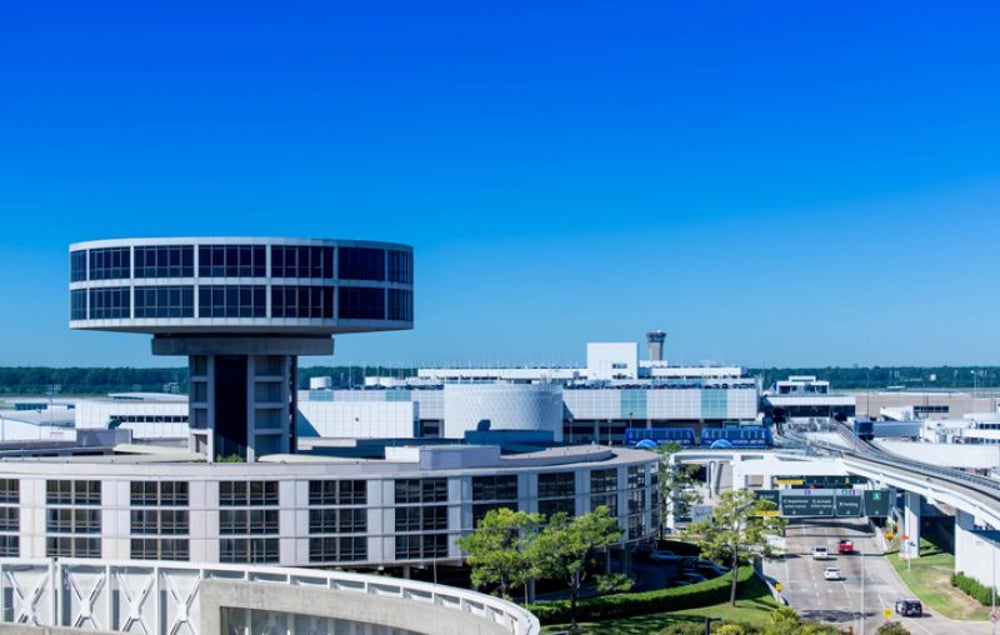 Image credit: martince2 | Getty Images
Coming in seventh is Houston Bush Intercontinental. The airport is the 11th busiest in the world, with nearly 43 million passengers travelling through in 2015. With such extreme numbers, travellers can only plan on overcrowded terminals and long lines. 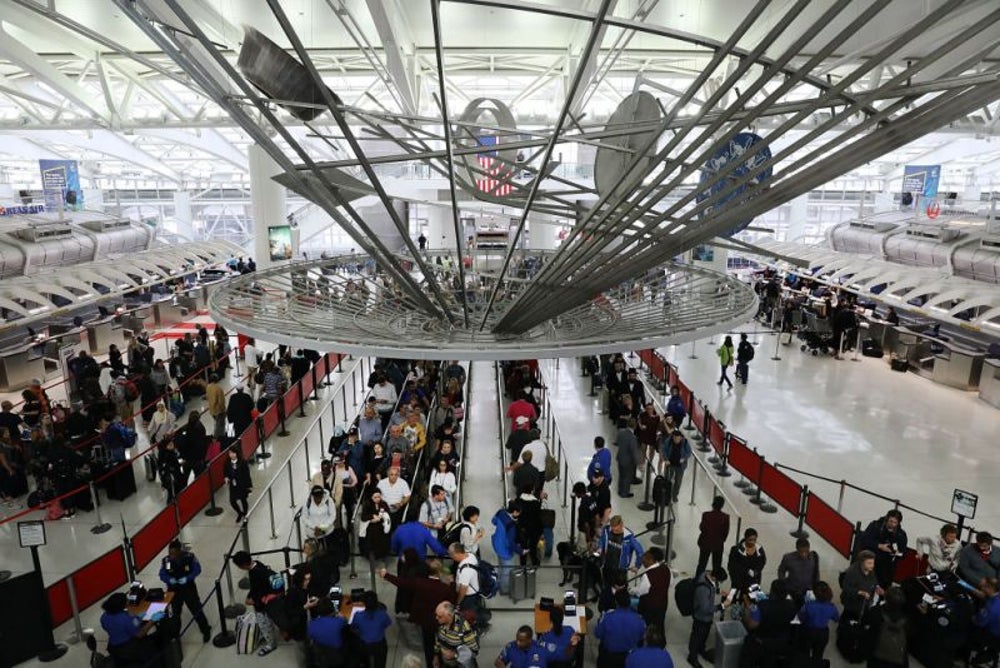 All three major airports in the tri-state area made the top 10 worst airports list. However, if you have no choice but to fly to and from New York, you might want to use JFK airport, which comes in eighth place for worst airports, beating Newark and LaGuardia. In 2016 alone, nearly 59 million passengers travelled through JFK, with the majority (31.7 million) of those being international. 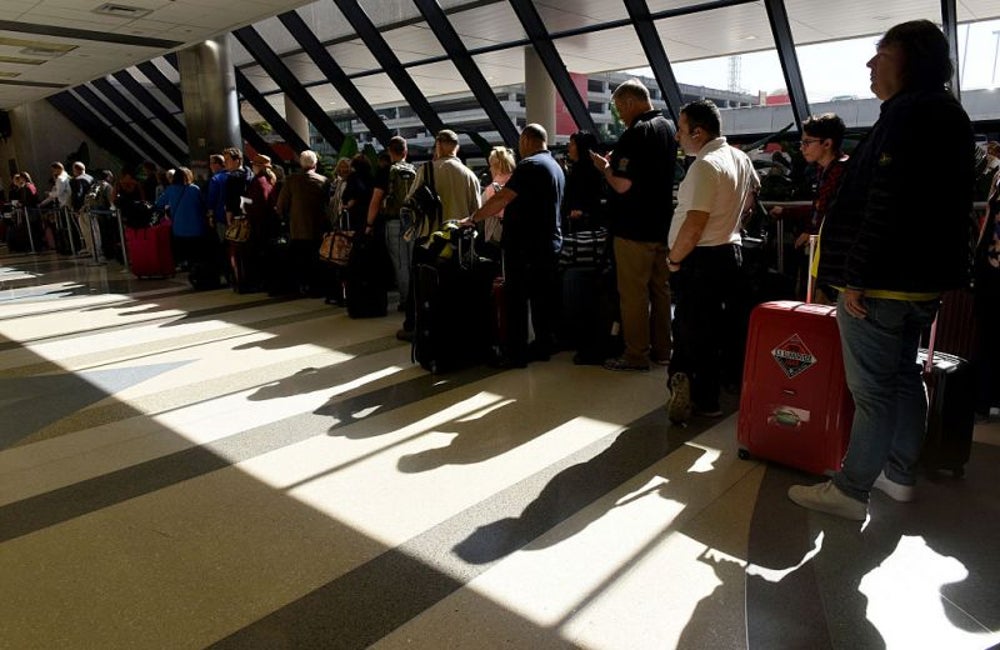 Image credit: Sun Sentinel | Getty Images
Southern Florida's Fort Lauderdale-Hollywood International takes the number nine slot for worst airport in the U.S. That's likely because the airport has been growing, causing congestion. According to the Federal Aviation Administration, the airport is the 22nd busiest in the world and grew by 4.6 percent in 2014. 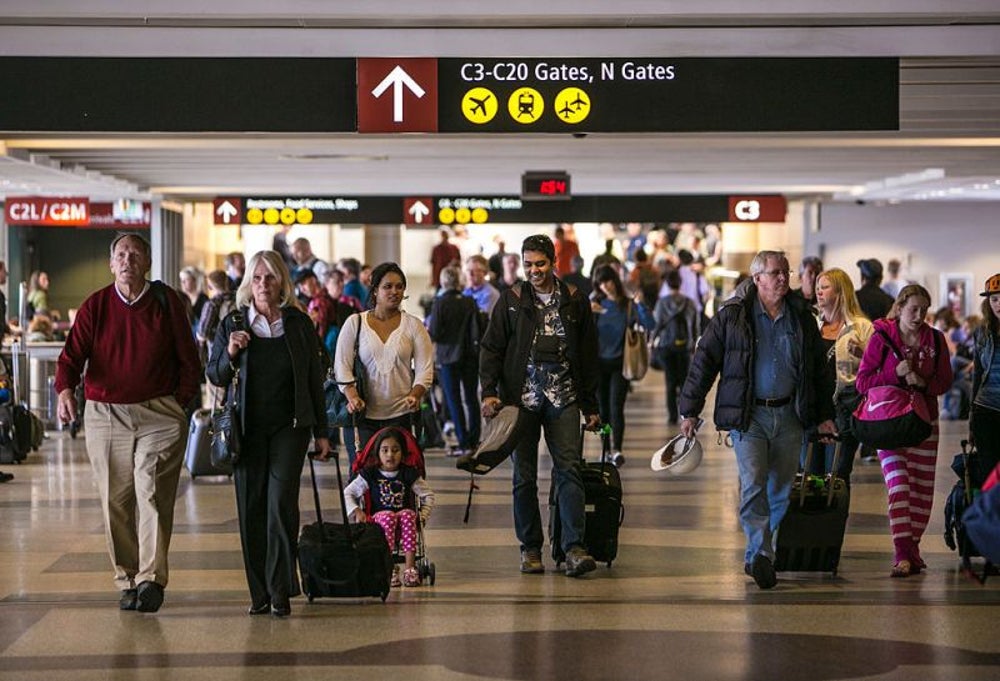 Image credit: George Rose | Getty Images
West coast airport Seattle-Tacoma International takes its place as last on the list for top 10 worst U.S. airports. According to The Seattle Times, Sea-Tac saw a 13 percent increase in passenger traffic in 2015, with a record 42.3 million travellers -- up from 37.5 million in 2014. The airport has been the fastest-growing major airport in the U.S. for two years now.
More from Entrepreneur

20 of the Coolest Things in Airports Around the World

The Surprising Airport With the Fastest Cell Service

The 10 Best Airports in the World