There's much to learn from the award-winning director.
Next Article

There's much to learn from the man behind some of your favorite classic movies like Jaws, E.T. and Jurassic Park. With his vivid imagination and ability to bring his biggest ideas to life, Hollywood's beloved Steven Spielberg is an example to all.

His passion, creativity and motivation show that anything is possible. From a young age the award-winning director, screenwriter and producer was bound for cinematic fame. Having dropped out of college after being offered an opportunity at Universal Studios, Spielberg paved his path to success. However, after many years as a huge movie mogul and raising a seven kids, Spielberg decided to make his way back to school as an example to his children. At age 55, Spielberg graduated from college.

Examples like this show how the magical movie genius not only inspires on the screen, but off the screen as well. And there's much more to learn from Spielberg too.

Check out these eight quotes from one of Hollywood's most inspirational leaders. 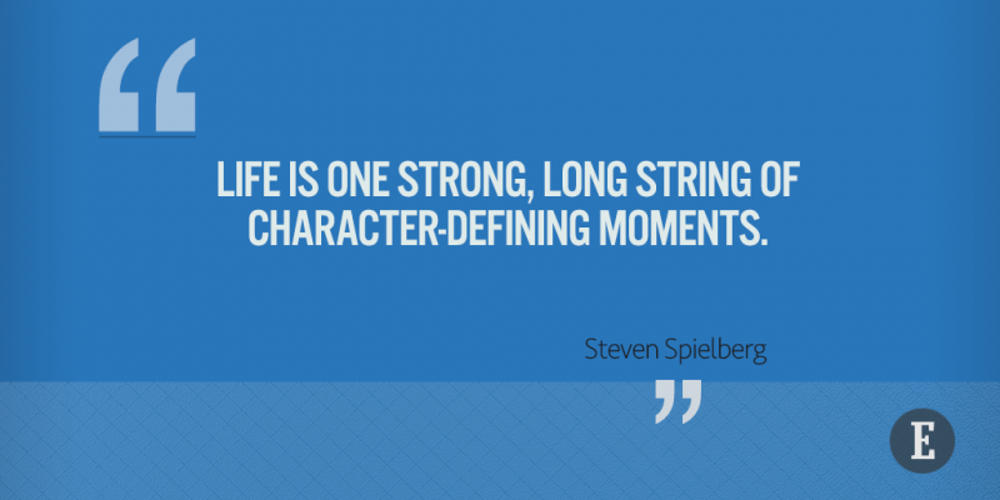 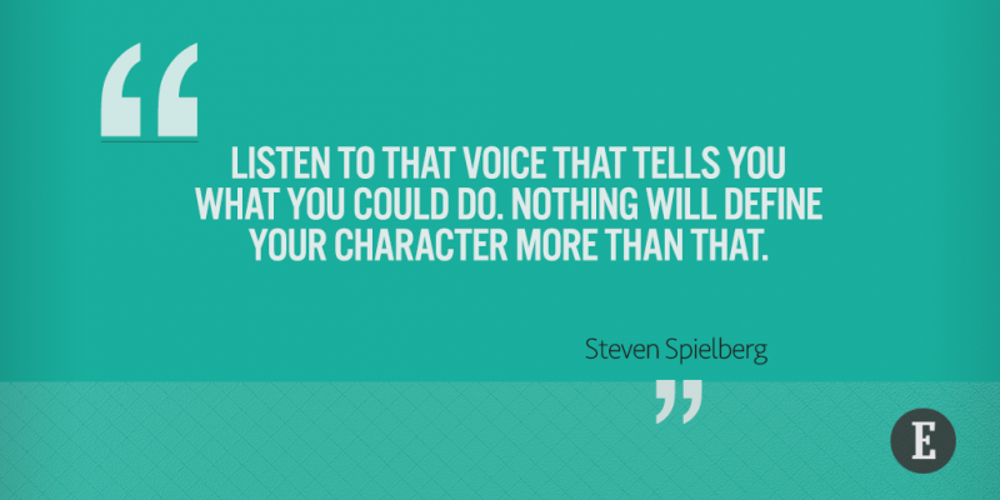 "Listen to that voice that tells you what you could do. Nothing will define your character more than that." -- Steven Spielberg 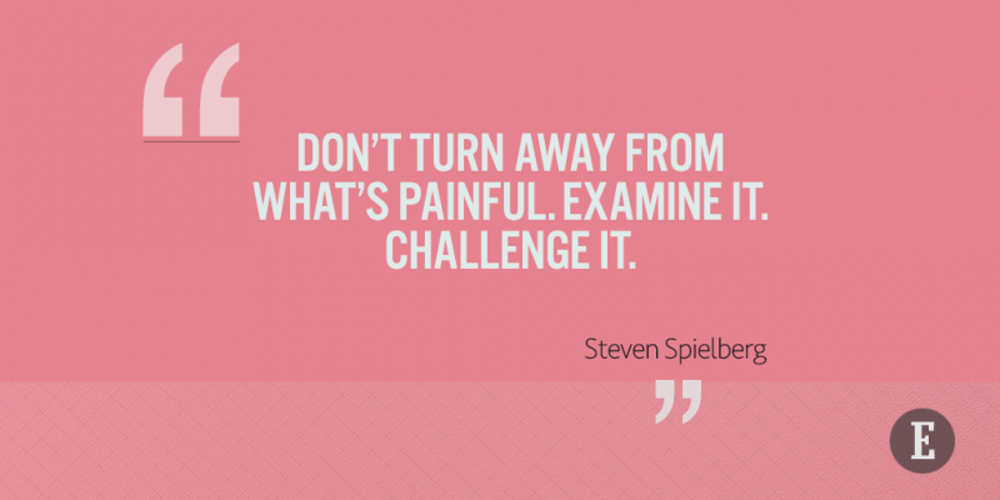 "Don't turn away from what's painful. Examine it. Challenge it." -- Steven Spielberg 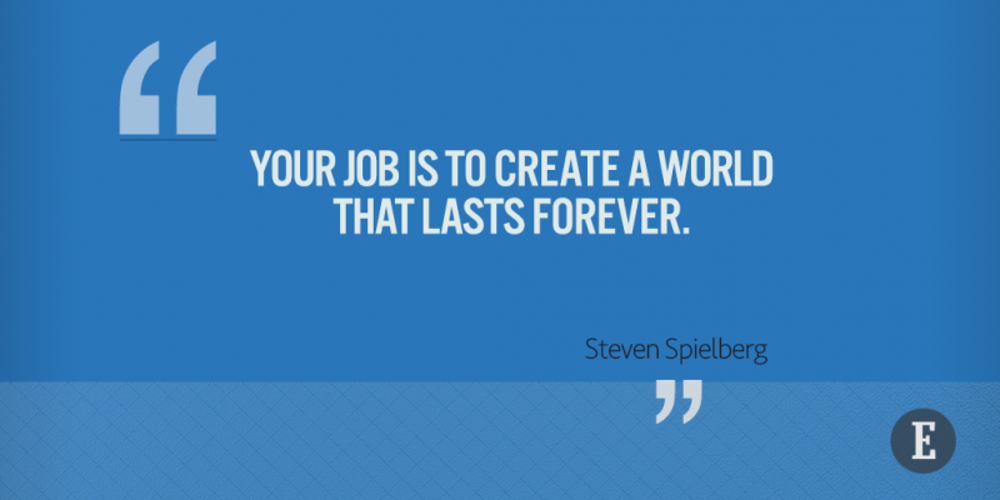 "Your job is to create a world that lasts forever." -- Steven Spielberg 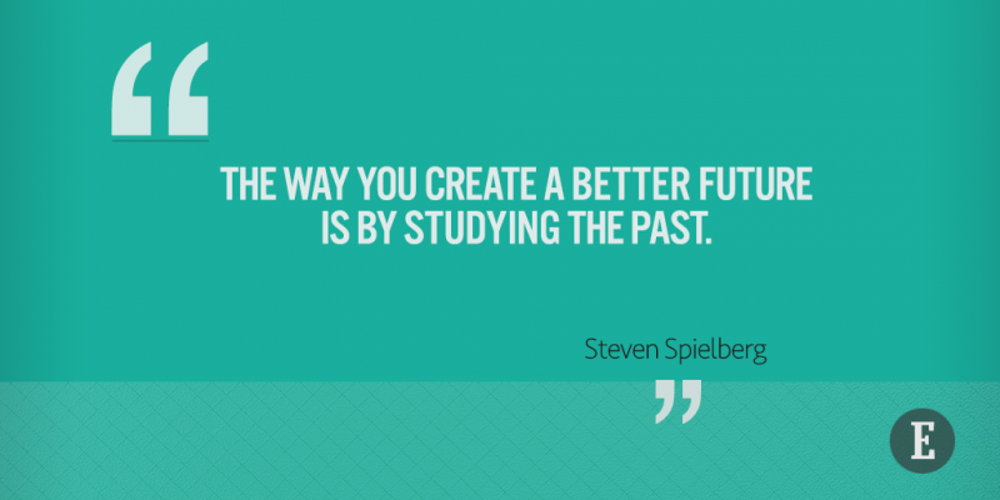 "The way you create a better future is by studying the past." -- Steven Spielberg 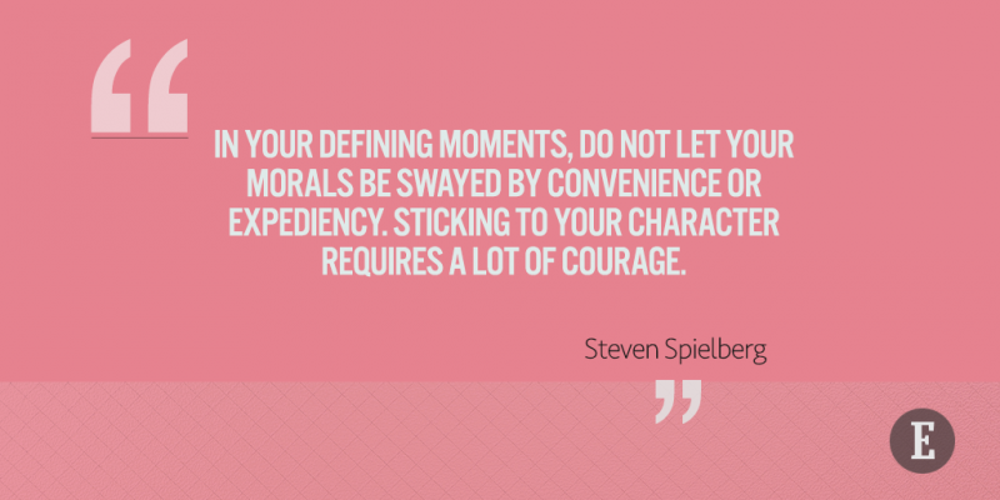 "In your defining moments, do not let your morals be swayed by convenience or expediency. Sticking to your character requires a lot of courage." -- Steven Spielberg 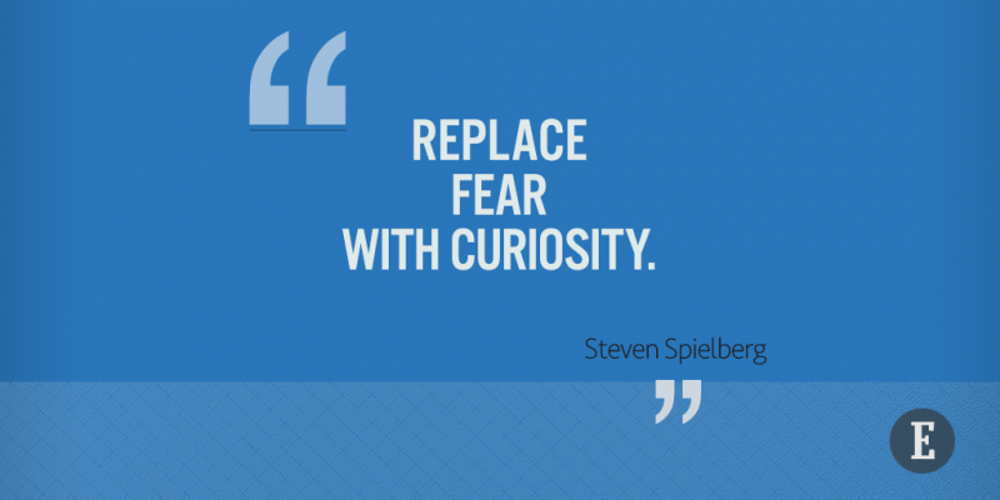 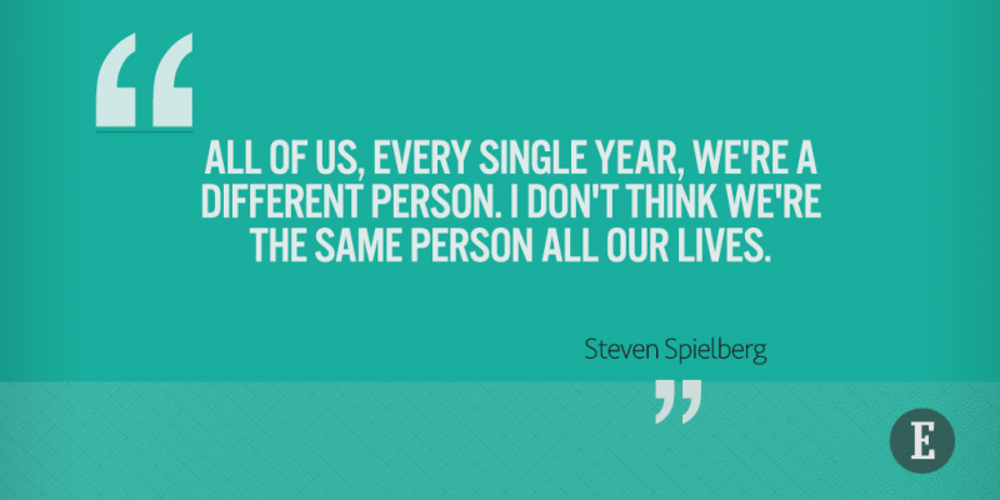 "All of us, every single year, we're a different person. I don't think we're the same person all our lives." -- Steven Spielberg