This Former DJ Bootstrapped His Way to Selling Kimchi in States Across the U.S.

Kheedim Oh just wanted some tasty, homemade kimchi. What he eventually got was his own kimchi product line in stores across the U.S, including select Whole Foods and Fairway locations, and customers in all 50 states and as far as the U.K. buying it online.

"When I started this, I had no intention of making this a business," Oh says. "It was for fun. It just kept naturally growing."

In 2008, Oh was working as a DJ and living in New York City. As he tells his story, he just wanted a taste of home -- his parents immigrated from South Korea -- and none of the kimchi available in stores would satisfy. So he took the Chinatown bus to his parents' home in Washington, D.C.

"I asked my mom to teach me how to make it," he says. But "when you make a batch of kimchi at home you make a 50-pound box."

Related: This Successful Entrepreneur Was Turned Down By 50 VC Firms. Today, His Company Makes Millions.

Back in New York, Oh pushed the load of kimchi in a red cooler on a skateboard to his apartment, because he couldn't afford a cab. During the trek, he stopped to get some meat and the butcher offered some unsolicited advice.

"He said to me, 'You can eat that with kimchi and rice and you'll eat like a king,'" Oh remembers. "And I'm like, 'What do you know about kimchi?'"

Oh offered him some kimchi to try, and the butcher was impressed. Oh lied and told him he already had a business and signed up the butcher as his first customer.

"I had to come up with a name, incorporate, figure out packaging and insurance," Oh says. From then on, he made cold calls to other shops to see if they would carry his homemade fermented cabbage, called Mama O’s after his mother.

"So I would make it out of my kitchen and basically torture my neighbors for a couple of days at a time," he says.

Oh moved from space to space, including his friend's restaurant in New Jersey to a bodega in Queens Oh bought and operated. After landing his product in Whole Foods, he sold the bodega and moved into his current space in a Brooklyn building formerly occupied by Pfizer. His goal is to have his products sold nationwide in three years.

Click through the slideshow to see Mama O's ingredients for success.

Use marketing magic to build an explosive following. 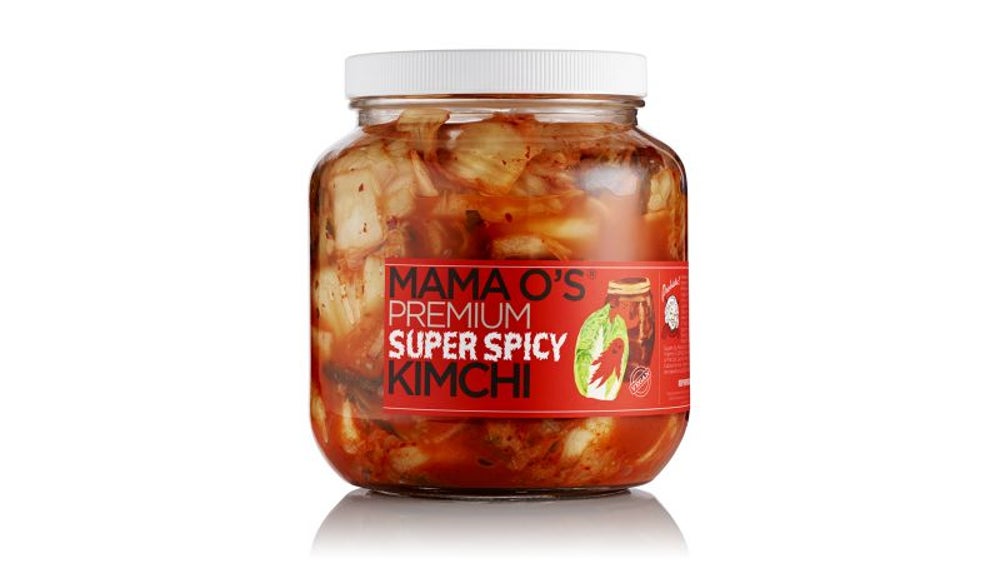 While Oh only employees four full-time staffers (and one part timer), his team is able to use the power of social media to reach thousands -- and help them rake in online orders.

"I pretty much do strictly Facebook marketing -- videos and ads. I was shocked at how effective the ads are," Oh says. "After starting my marketing campaign, my online sales, in a span of four months, 13 Xed."

Related: This Instagrammer With More Than 2 Million Followers Literally Cooks Her Content

To get this sort of traction, Oh turned to an expert in the world of online marketing and outsourced his Facebook campaign. One video, featuring food and travel personality Andrew Zimmern, was far and away the most successful, attracting 1.6 million views, which translated to sales.

Working with influencers certainly helps, but also acknowledging where you need assistance can go a long way.

"This is not my specialty," Oh says. "That is why I hired someone to do this."

Guarantee success at all costs. 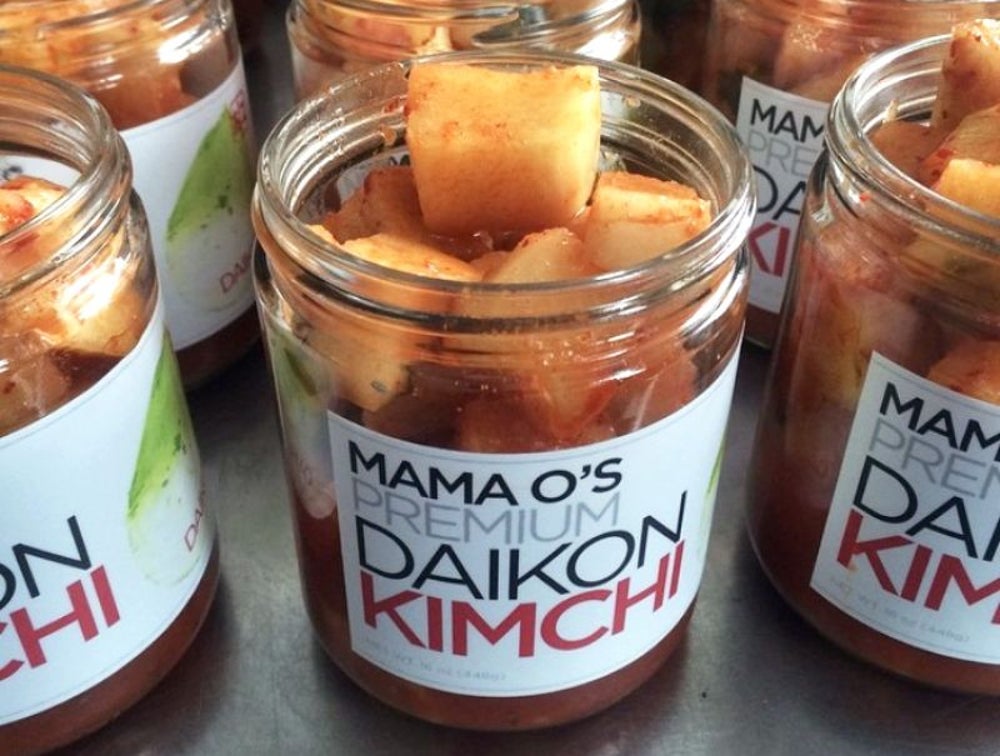 Kimchi is still a niche product in the U.S., and Oh has to continually educate customers about its quirks -- and how to have a delicious experience.

For instance, what makes kimchi unique is that its flavor comes from microbes (and it's different based on where you are), and these creatures aren't always the best travel companions.

"One of the challenges of kimchi is that it's a living, breathing food," Oh says, "so when I ship it in these bags sometimes the probiotics get excited and they produce lots of carbon dioxide and the bags can't take it and pop."

That's also why he only ships product on Mondays and Tuesdays, which is a risky move, but Oh prefers to avoid weekend shipping complications.

Related: 8 Reasons Why Food-Related Startups Will Gain Momentum in 2018

Focus on strong branding to stand out. 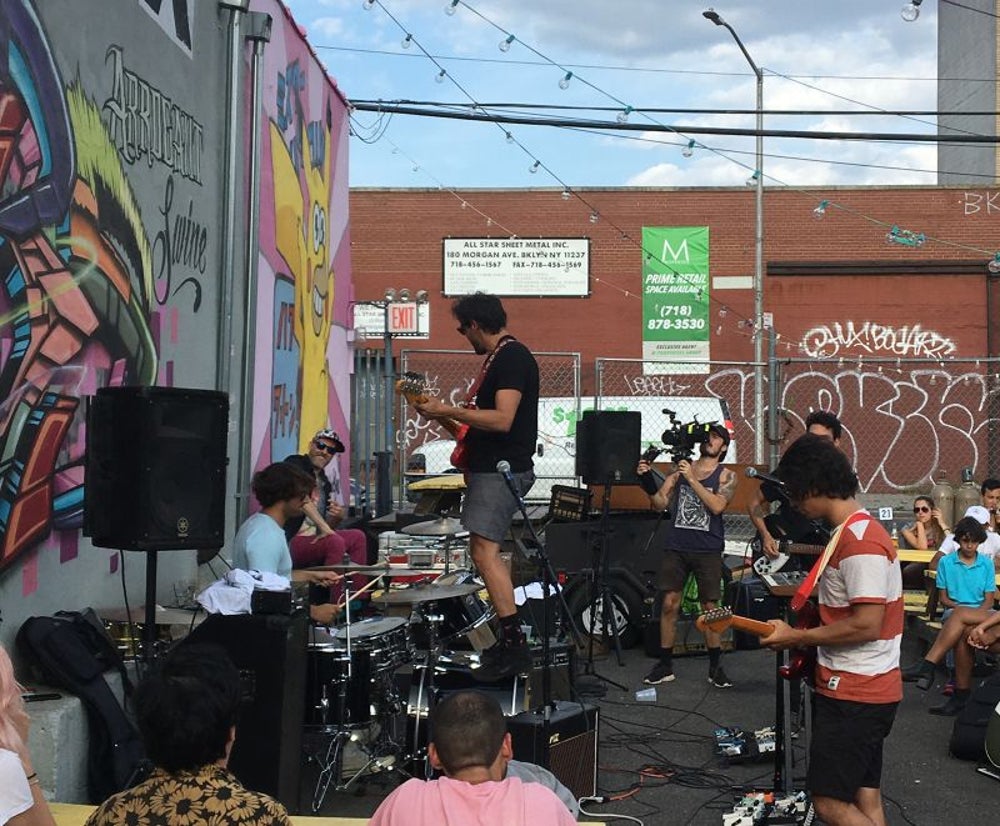 It's a good idea to become part of a community. Since Mama O's is based in Brooklyn, a neighborhood that garners national interest, Oh sought to be labeled Made in Brooklyn and included in The New Brooklyn Cookbook.

"These have both been great ways for people to find out about Mama O's, because there is such a great interest in what is going on in the Brooklyn food world and Mama O's is happy to be a part of it," Oh says. "It's good to be lumped in with other great Brooklyn brands."

One more thing about his packaging: Oh brags about his kimchi being a premium product right on the label.

"The first thing that I did was include 'premium' in the brand title. It's 'Mama O's Premium Kimchi,'" he says. "The second thing that I did was work with my designer to come up with a very strong and clean label that I thought would appeal to people that placed a high value on great design and mirrored the quality of what you would find inside the jar. You eat with your eyes before you eat with your mouth." 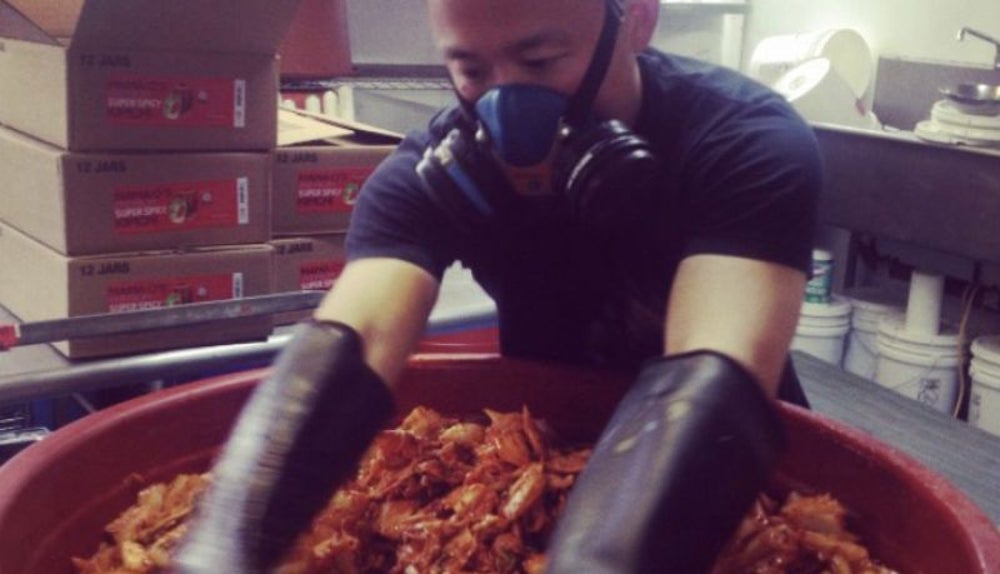 Sometimes, the things that make your product different will also upset potential customers. Use those as a strength, as Oh does.

Related: This Former Apple Executive Brought His Company Through 2 Tough Pivots and Now Has McDonald's, Comcast and Whole Foods as Clients

For example, he says he's received flack from Koreans for swapping out minari, a Korean parsley, for cilantro, but he found an interesting take on it.

"I really love cilantro, because I love the way that it brightens up any dish," he says, explaining why people should embrace a different take, or spin. Oh goes on to illustrate this by discussing kimchi’s evolution. "And in the spirit of innovation, kimchi is known for being this bright, red spicy pickled cabbage, but for thousands of years, it wasn't spicy at all; it was mainly cabbage, ginger and beef broth. It wasn't until the 15th century after Columbus came to America and brought chilis from America to Europe and it made its way to Seoul that kimchi had chili peppers. So in a way kimchi is an American food as well."