Many high-profile business magnates, billionaires and celebrities believe that they've worked too hard to simply hand their fortunes over to their kids when they die.
Next Article


Many high-profile business magnates, billionaires and celebrities believe that they've worked too hard to simply hand their fortunes over to their kids when they die.

And with inheritance tax in the U.K. set at 40 percent on all values over £325,000 ($425,000), it's clear why many members of the super-rich elite would rather their money went towards more worthwhile causes.

Business Insider has compiled a list of 12 high-profile millionaires and billionaires -- some of whom are the world's biggest business magnates -- who won't be signing over their fortunes to their kids in their will.

Whether the money's going to worthy causes or they're simply planning on spending every last penny themselves, scroll on to discover 12 high-profile billionaires and millionaires who aren't leaving a penny to their children -- ranked in ascending order by their net worth.

Related: The 9 Richest Self-Made Female Billionaires in the World 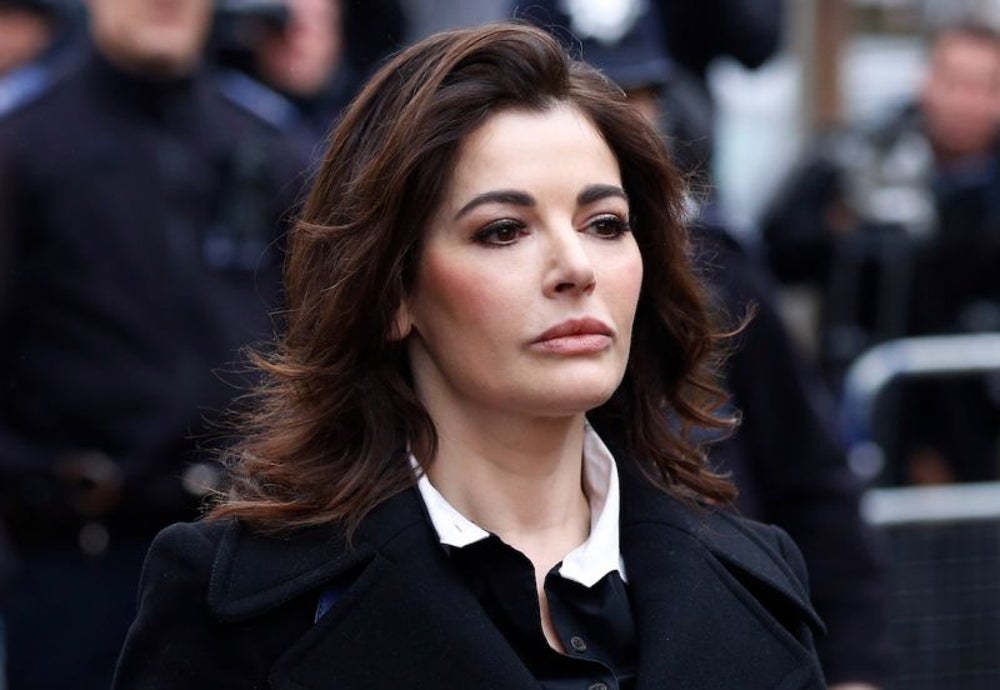 Lawson has two adult children from her first marriage and one step-daughter from her second marriage to advertising mogul Charles Saatchi, which ended in 2013.

In an interview with My Weekly in 2008, during her second marriage, Lawson said: "I am determined that my children should have no financial security. It ruins people, not having to earn money.

"I argue with my husband Charles, because he believes that you should be able to leave money to your children. I think we’ll have to agree to disagree." 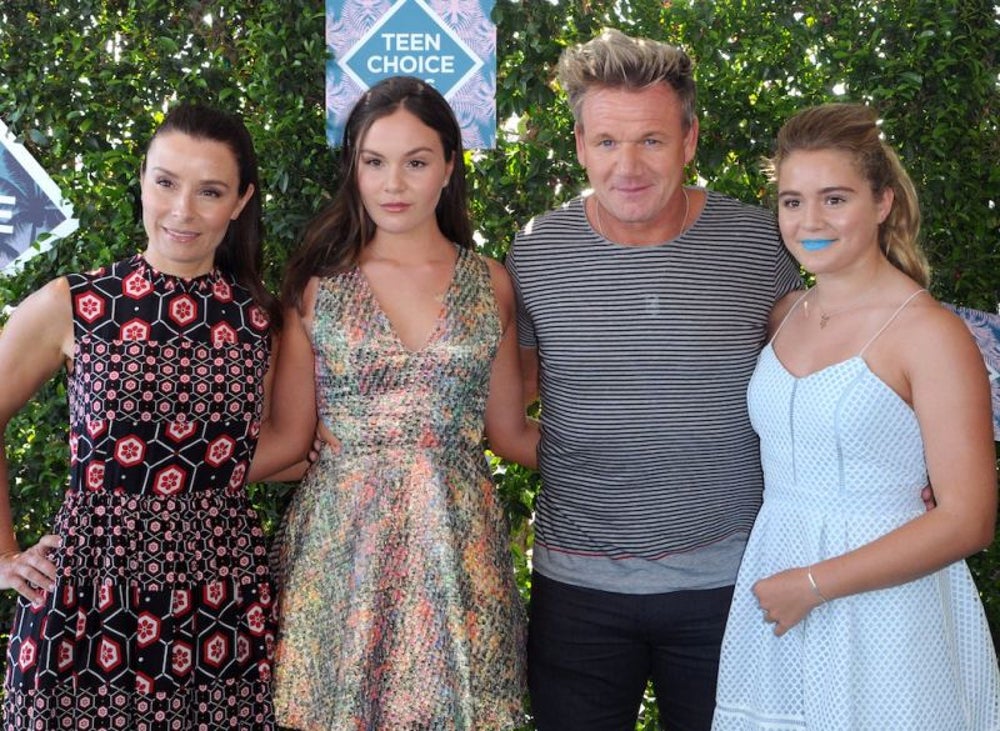 Owning and operating 40 restaurants around the globe with 16 Michelin stars between them, Gordon Ramsay is one of the biggest names in the British restaurant industry. The well-renowned celebrity chef has a strong TV presence and has made $60 million so far this year thanks to shows such as "MasterChef USA," "MasterChef Junior" and "Hell’s Kitchen."

The father of four has no intention of leaving his fortune to his children, who still sit in economy on flights while Ramsay and his wife, Tana, peel off for first class: "It’s definitely not going to them," Ramsay told The Telegraph.

"And that’s not in a mean way; it’s to not spoil them. The only thing I’ve agreed with Tana is they get 25 percent deposit on a flat, but not the whole flat. I’ve been super lucky, having that career for the last 15 years in the U.S. Seriously, it has earned a fortune and I’ve been very lucky, so I respect everything I’ve got," Ramsay said. 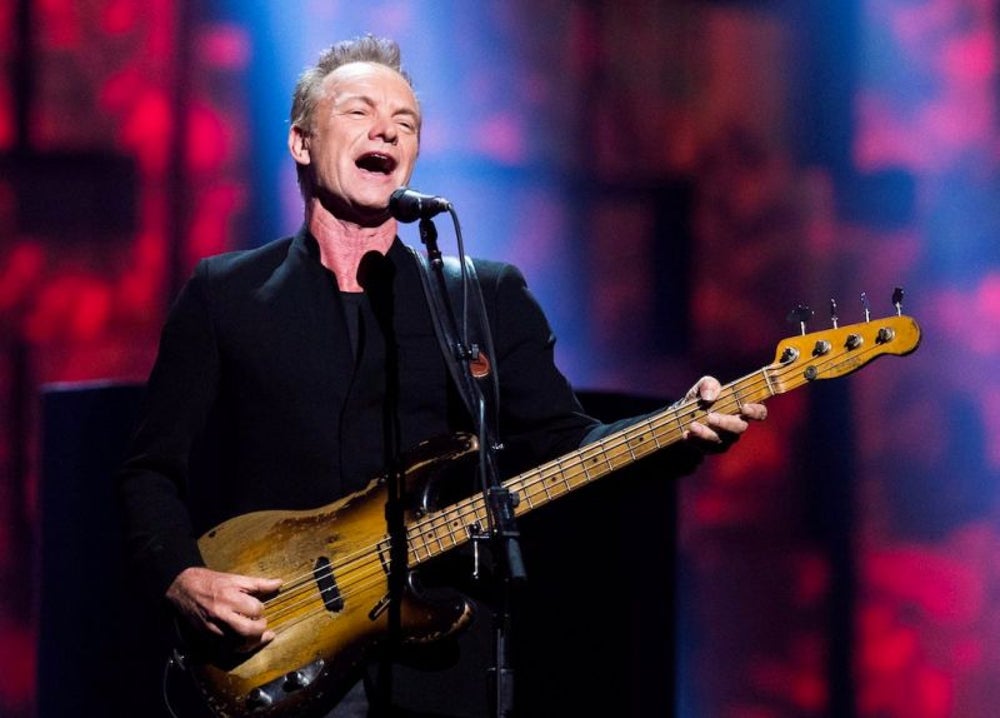 Sting is a musician best known for being the frontman of rock band The Police. The singer has received 16 Grammy Awards, three Brit Awards, a Golden Globe, and an Emmy Award. He has an approximate net worth of $300 million (£229 million), according to The Richest.

The father of six publicly declared that his children will not inherit a penny of his vast fortune in an interview with the Mail in 2014. He said: "I told them there won’t be much money left because [my wife and I] are spending it! We have a lot of commitments. What comes in we spend, and there isn’t much left. I certainly don’t want to leave them trust funds that are albatrosses round their necks. They have to work. All my kids know that and they rarely ask me for anything, which I really respect and appreciate." 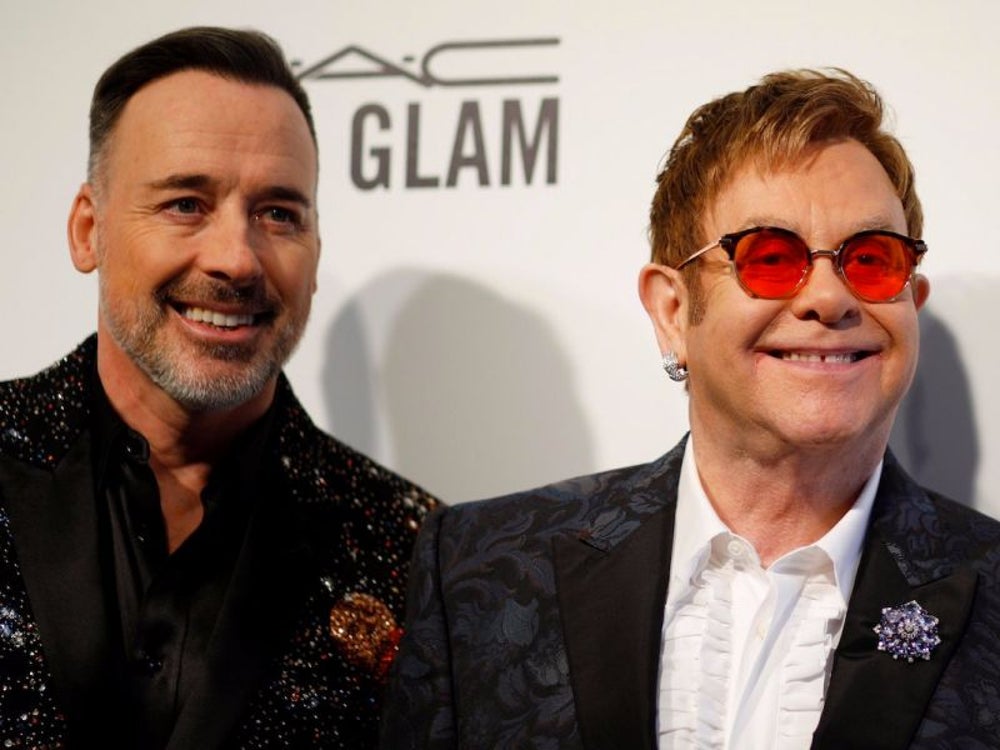 With a career in music spanning four decades, Sir Elton John earned an approximate $60 million last year, according to Forbes, adding to his impressive estimated net worth of $480 million.

With his husband David Furnish he has two young sons -- Zachary and Elijah -- but the singer has no intentions of spoiling them with his vast fortune.

"It's terrible to give kids a silver spoon," he said in an interview with the Daily Mirror.

The couple have borrowed from the Warren Buffett school of inheritance -- the second richest man in the world, who also features on this list. Elton John said: "[Buffett] has a really cool model in that he leaves his children enough money so that they have a house, a car and all their basic needs covered and cared for so they never need worry. But it’s not crazy, silly, go-wild money so that they could be buying Picassos or private jets." 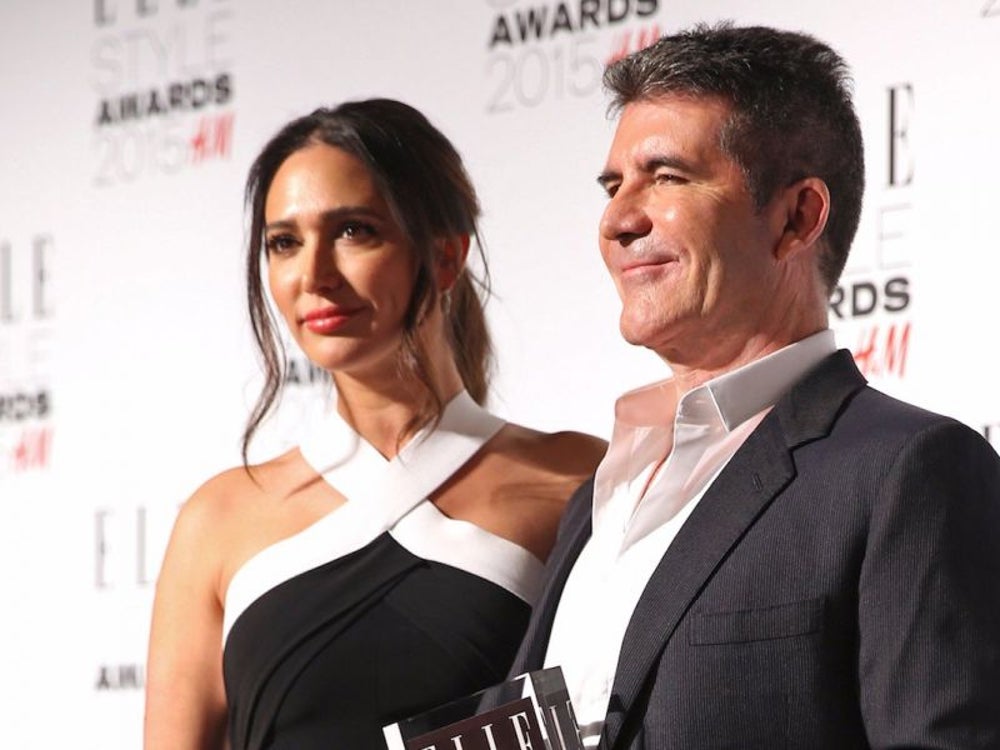 In an interview with Esquire in 2013, Cowell said: "I don’t believe in passing on from one generation to another. Your legacy has to be that hopefully, you gave enough people an opportunity, so that they could do well, and you gave them your time, taught them what you know."

Although it’s unclear whether Cowell still holds the same beliefs (the interview was conducted before the birth of his son Eric in early 2014), Cowell is expected to forward the vast majority of his fortune on to charities benefitting animals and children after his death.

Speaking to Esquire, the "X Factor" host said: "I'm going to leave my money to somebody. A charity, probably -- kids and dogs." 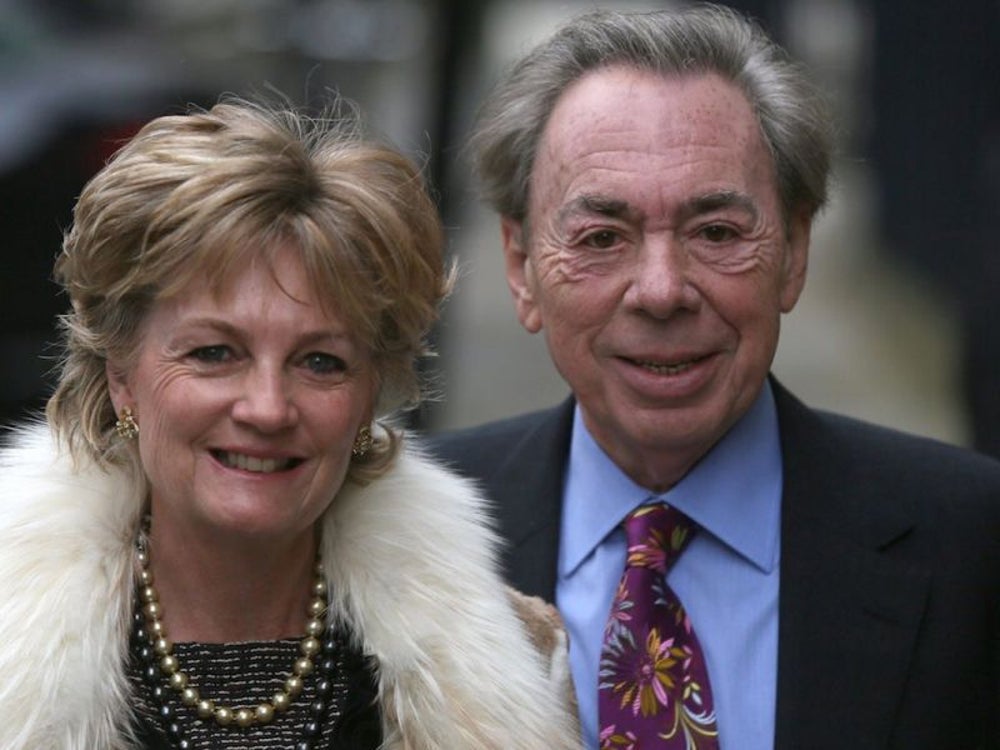 Andrew Lloyd Webber is the musical theatre composer behind award-winning, long-running shows such as "The Phantom of the Opera," "Cats" and "Joseph and the Technicolour Dreamcoat." The composer -- with seven Tonys, three Grammys, an Academy Award and a knighthood -- has an approximate net worth of $1.2 billion, according to The Richest.

The father of five told the Daily Mirror in 2008 that he didn't plan to pass his vast fortune on to his children: "They aren’t bothered. They don’t think that way. It is about having a work ethic -- I don’t believe in inherited money at all.

"I am not in favour of children suddenly finding a lot of money coming their way, because then they have no incentive to work," he said.

Instead, he wants to invest his fortunes into musical projects after his death -- although he has no finite plans for the time being.

On the topic of inheritance, he said: "It is extremely likely that my wife Madeleine will outlive me so I will leave the problem with her." 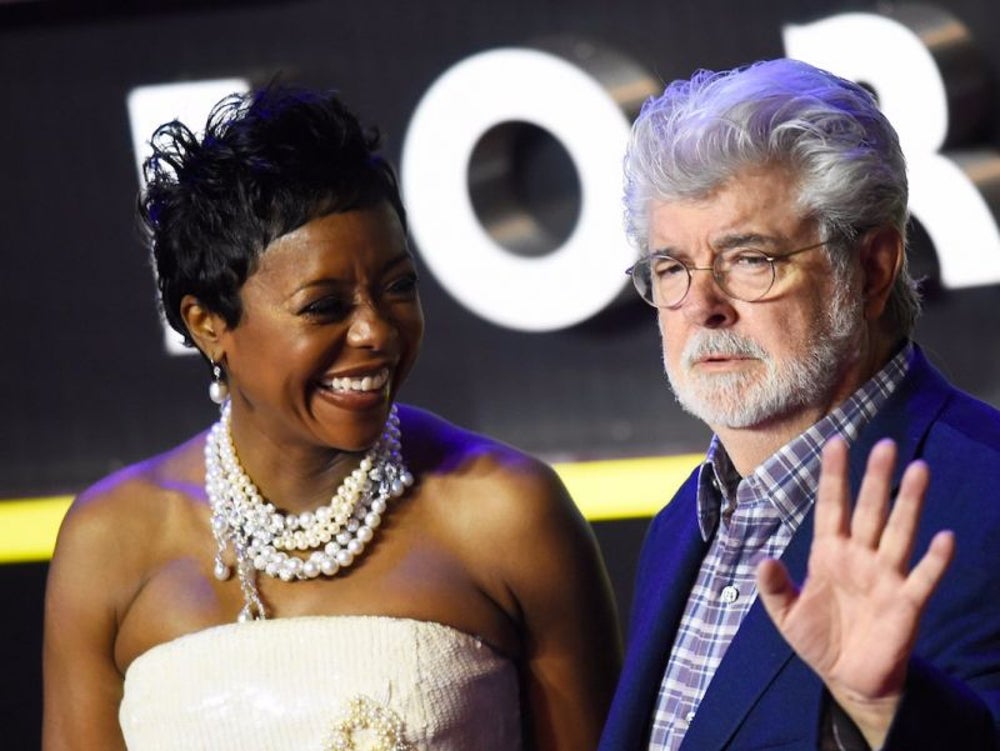 Best known for creating the "Star Wars" and "Indiana Jones" sagas, George Lucas is an American TV and film producer. After selling the Star Wars franchise and his production company "Lucasfilm" -- both of which Lucas owned 100 percent of the rights to -- to The Walt Disney Company for $4.05 billion in 2012, Lucas saw his net worth rocket to $5.3 billion.

The father of four has one adopted daughter from his first marriage, two further adopted children and a fourth daughter, born in August 2013, with second wife Mellody Hobson.

However, a spokesperson for Lucas told the Hollywood Reporter that the majority of the funds made from the deal would go toward educational philanthropy projects.

Lucas founded the George Lucas Educational Foundation, also known as Edutopia, which aims to research and improve educational practices used in schools in order to make sure that children are gaining the absolute most from their education.

Pierre Omidyar founded eBay in 1995 and served as chairman of the online auction company until 2015. Omidyar is gradually selling his stakes in the company as he reduces his role within the brand. He is currently worth $10.1 billion according to Forbes.

Omidyar and his wife Pam, who have three children, signed the Giving Pledge in 2010 -- a campaign set up by Warren Buffett and Bill and Melinda Gates in the hope of encouraging the super-rich elite to donate the majority of their fortunes to charitable causes. So far, the campaign has over 150 signatures from billionaires and the super-rich.

In their pledge letter, the Omidyars said: "Our view is fairly simple. We have more money than our family will ever need. There’s no need to hold onto it when it can be put to use today, to help solve some of the world’s most intractable problems." 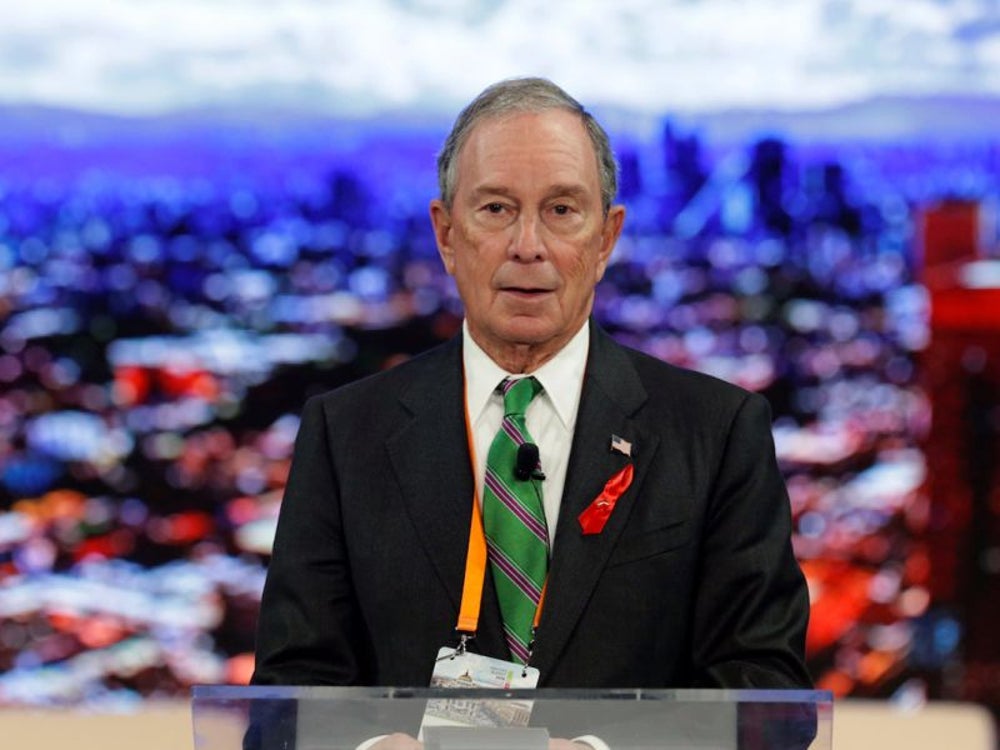 Michael Bloomberg is the founder and CEO of software, data, and media company Bloomberg L.P. and the 10th richest person in the world with a net worth of $47.1 billion according to Forbes.

Bloomberg co-founded the eponymous company, whose facets include financial software, a news platform, a TV network, three magazines, one Manhattan skyscraper and a soon-to-be £1 billion second HQ in London. Michael Bloomberg retains a 88 percent stake in the business.

The business magnate and former mayor of New York City has publicly announced that he hopes to give away his entire fortune before he dies -- the majority of which will be donated to his self-titled philanthropic initiative Bloomberg Philanthropies. 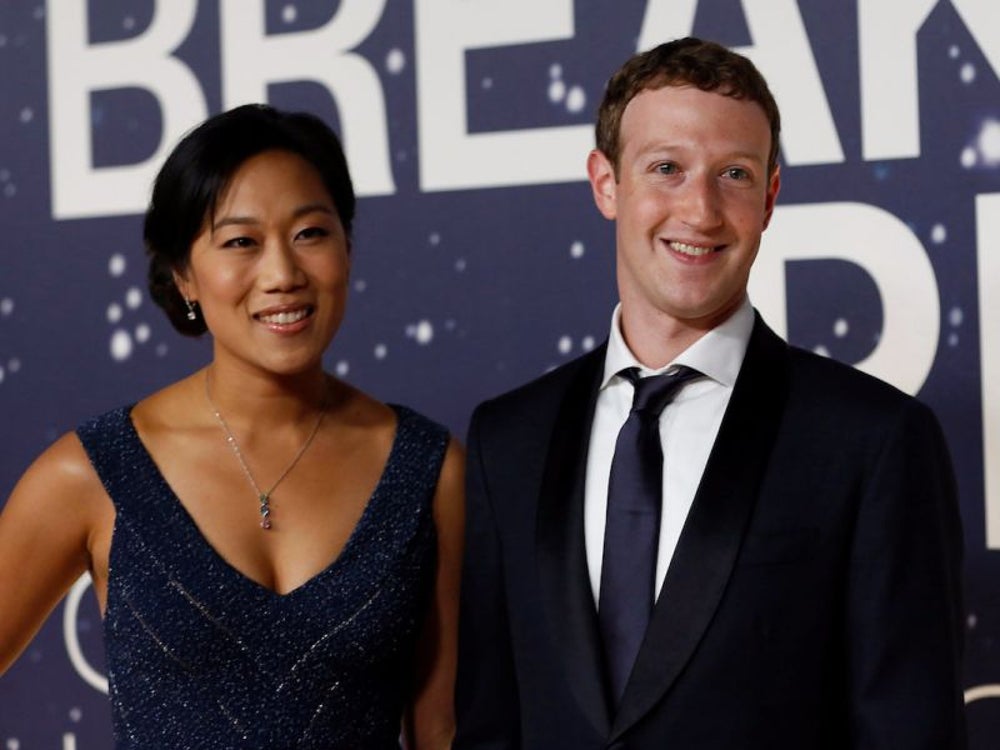 After welcoming his first daughter, Max, into the world with wife Priscilla Chan in December 2015, Zuckerberg publicised the child’s birth by posting an announcement on Facebook. In the post, Zuckerberg declared that he and his wife would be donating 99 percent of Max’s inheritance to charity.

The post, addressed to Max, said: "We want you to grow up in a world better than ours today," adding, "we will do our part to make this happen, not only because we love you, but also because we have a moral responsibility to all children in the next generation."

The couple launched the Chan-Zuckerberg Initiative (CZI), which aims toward "advancing human potential and promoting equal opportunity," according to insidephilanthropy.com.

The couple have since given birth to a daughter, August. 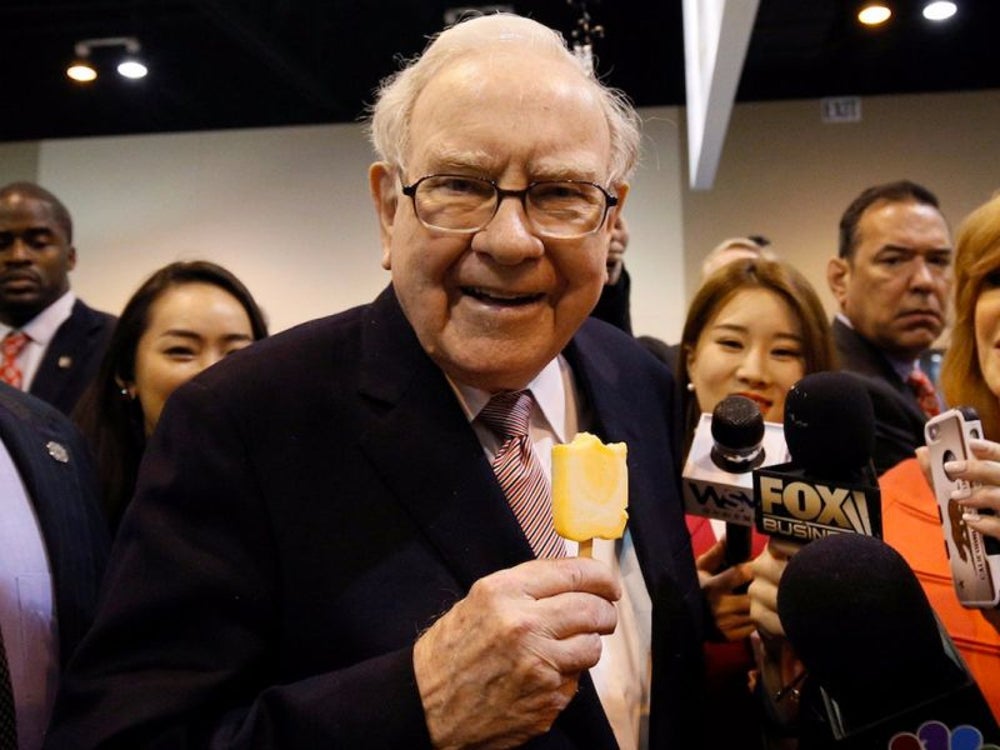 Warren Buffett is the second richest man in the world with a staggering net worth of $78.9 billion, according to Forbes.

Buffett made his name as an investor and serves as the CEO and Chairman of Berkshire Hathaway -- a company that owns or holds stakes in dozens of companies including Kraft Heinz, American Express, Duracell and even Apple. Buffett has been named "one of the most successful investors of all time" by Forbes.

Buffett is a keen philanthropist and plans on pledging 100 percent of his vast fortune to various charities when he dies, leaving nothing to his children.

Rather than handing each of his three children money directly into their pockets, Buffett has instead promised to give approximately $2.1 billion (£1.6 billion) of Berkshire Hathaway stock to each of his children’s charities as rewards for the success of the foundations.

The majority of his fortune will go to the Bill and Melinda Gates Foundation, with a percentage also going to the Susan Thompson Buffett Foundation that the tycoon founded with his first wife. 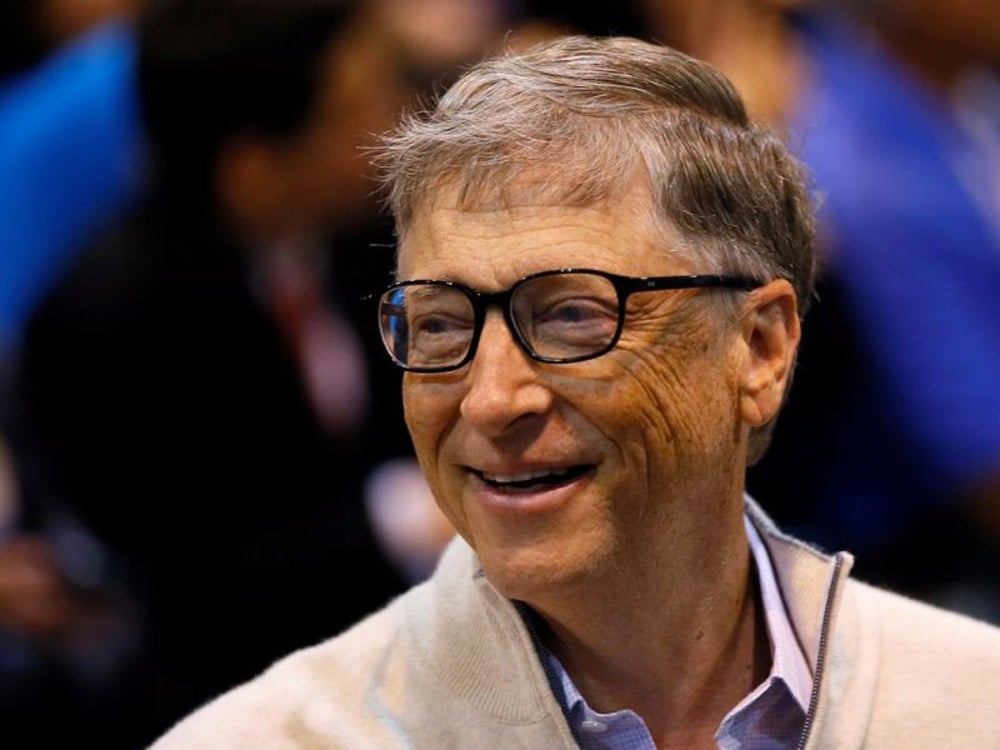 Like many of the world’s richest billionaires, Miscrosoft founder Bill Gates is a keen philanthropist and plans to pass on the vast majority of his $89.6 billion fortune to charitable causes. Gates and his wife Melinda own the world’s largest private charitable foundation -- The Bill & Melinda Gates Foundation -- which works to "help all people lead healthy, productive lives."

Gates' three children have inherited their father's philanthropic gene, and are reportedly happy to not be inheriting their father’s fortune. In a Reddit AMA, the Microsoft magnate said his children will inherit just $10 million each -- equivalating to 0.01116 percent of his fortune.

In the AMA, Gates said: "I definitely think leaving kids massive amounts of money is not a favour to them. Warren Buffett was part of an article in Fortune talking about this in 1986 before I met him, and it made me think about it and decide he was right."

Related: Quiz: Which of These 7 Personality Traits Do You Share with the World's Richest People?