20 Simple Ways to Hack Your Happiness, According to Science

From taking walks to listening to music -- do small things to greatly boost your happy quotient.
Next Article

Happiness, anger, depression, anxiety, excitement -- we’ve all experienced each of these emotions before. It’s part of the human condition and how we’re wired. But if we had the option to feel happy 24/7, most of us would probably choose it.

Unfortunately, that’s not exactly how it works. But, what if we were to tell you there are certain things you can do to get you closer to feeling happy all the time? Simple hacks, like taking a walk, planning a vacation and listening to music. That’s right -- it’s as easy as that. Even the slightest tweaks and additions to your daily routine can boost your mood, and get you back on track.

So if you’re feeling down, check out the next 20 slides and hack your way to happiness.

Related: If Work-Life Balance Isn't Realistic, Try This Instead. 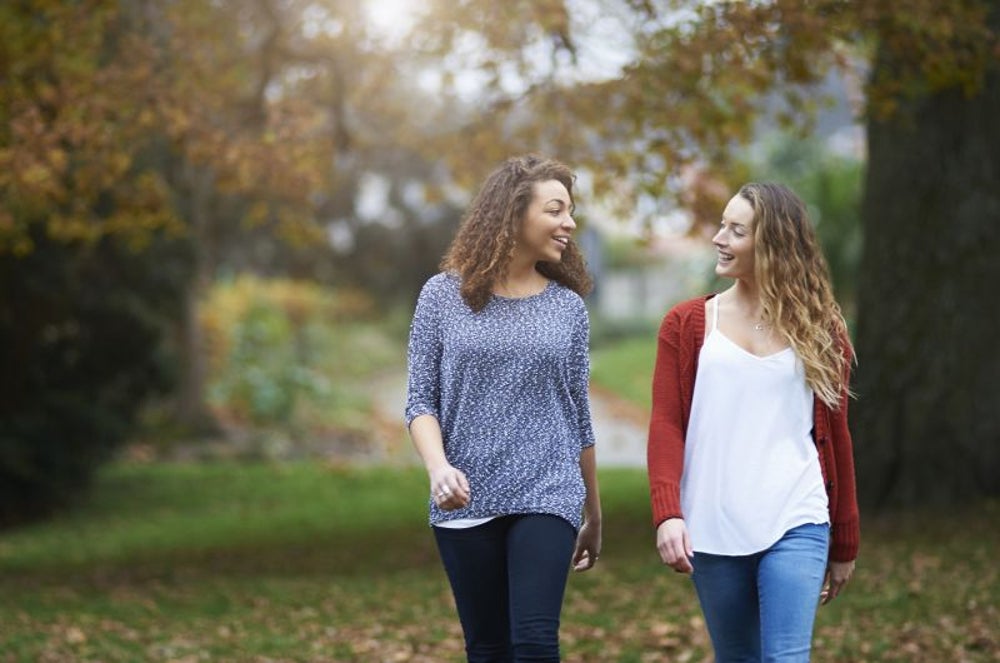 If you’re feeling blue, just take a step outside. According to a recent study, taking a daily nature walk can help boost your happiness. And not only that, but your overall well-being and connectedness to others. 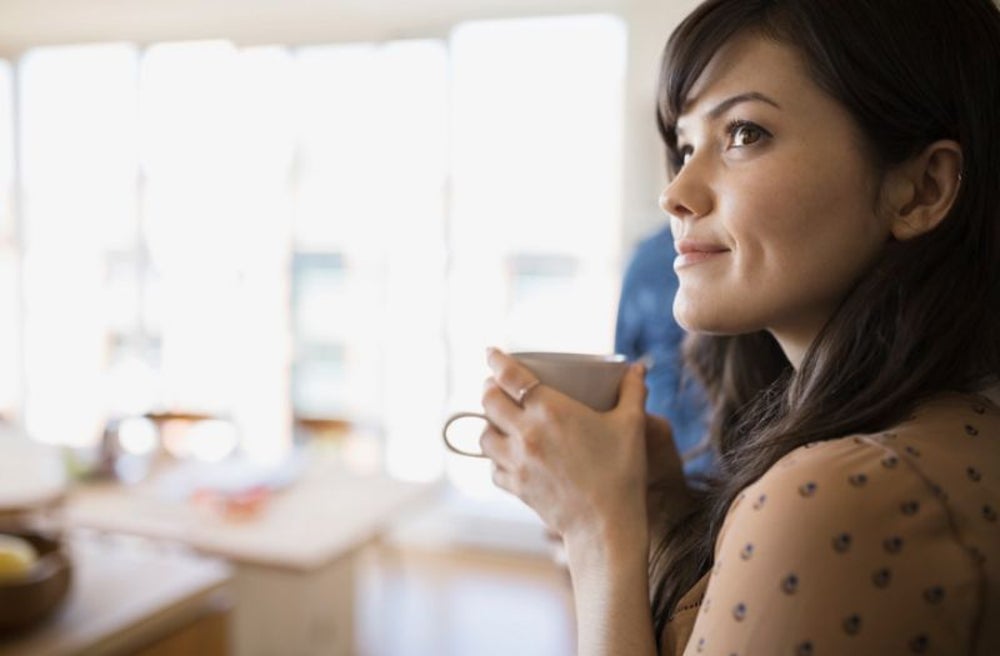 Image credit: Hero Images | Getty Images
One of the longest-running studies on happiness, done through the Harvard Study of Adult Development unit at Harvard University, followed a group of 724 men of different backgrounds over the course of 80 years. What the study discovered is the less people worried about small things, the happier they were. The study specifically found that as people aged, they tended to focus on what’s most important to them and forget about minor things. 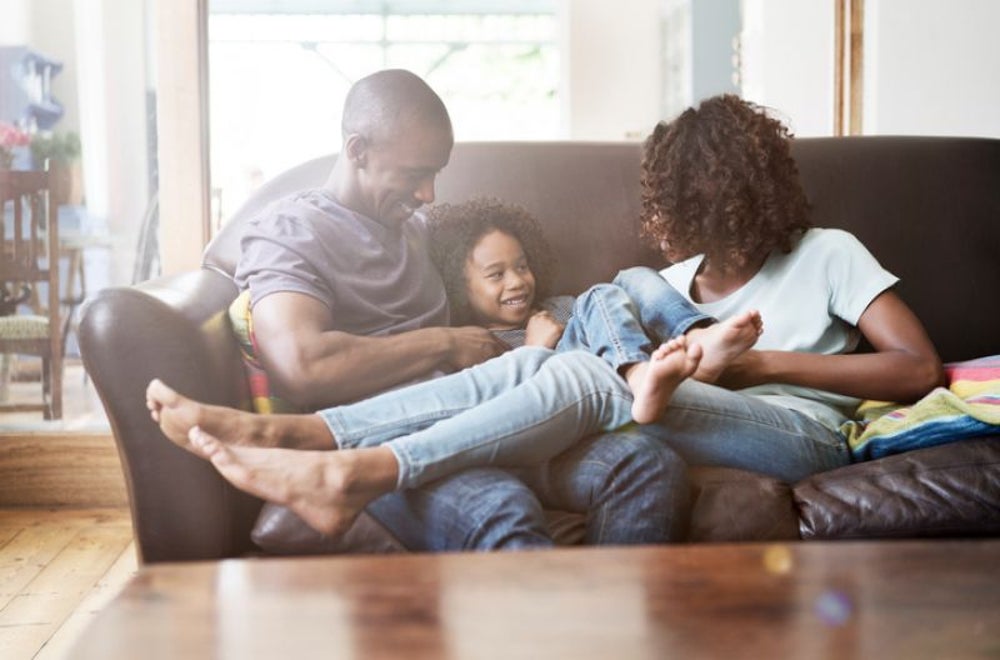 The Harvard Study of Adult Development also found that close relationships to family, spouses and friends was a major mood booster. They discovered the importance of developing positive relationships and tuning out negative ones. 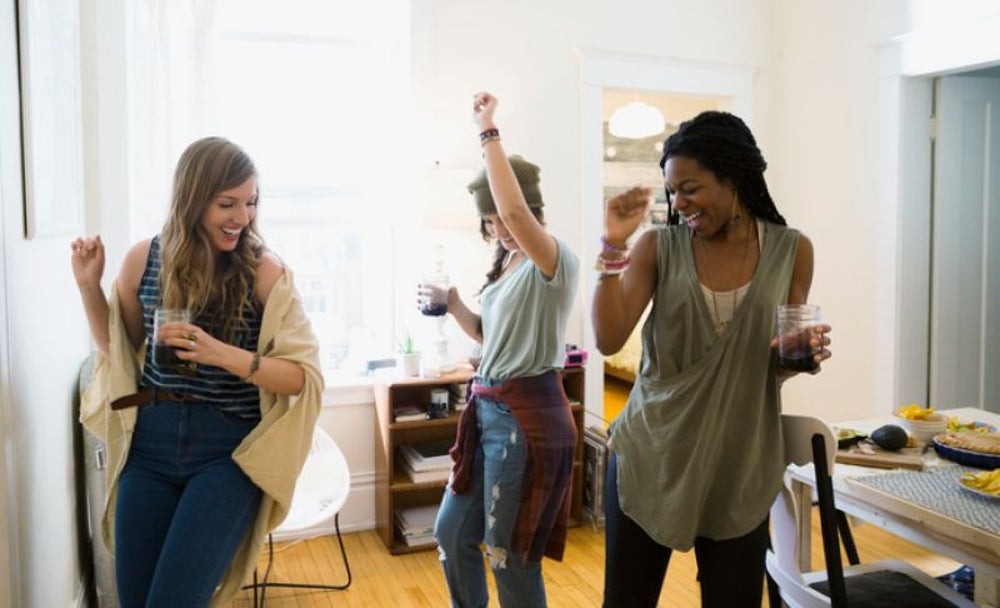 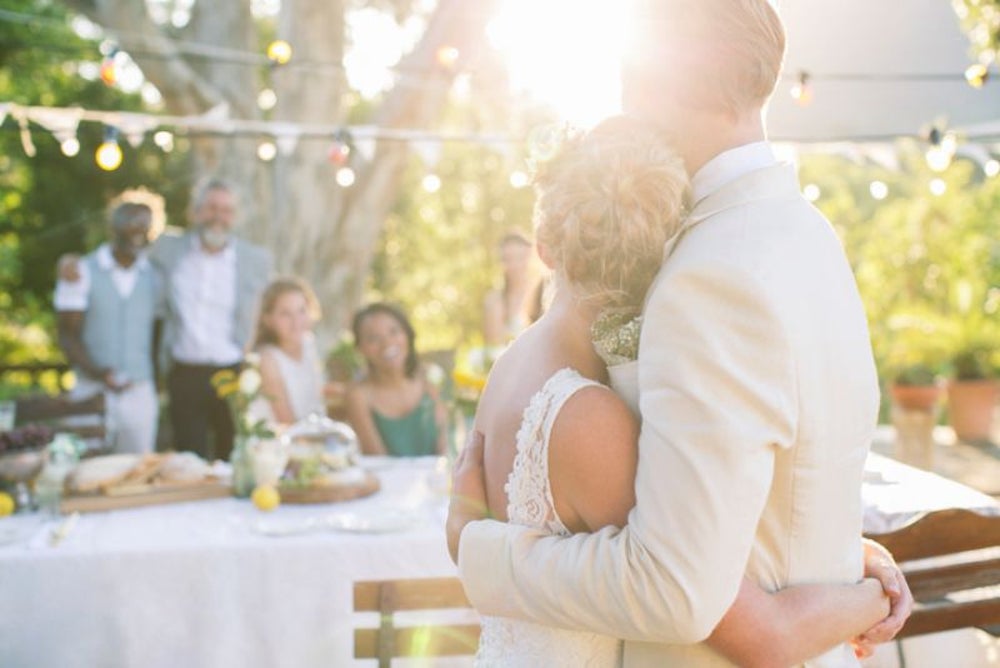 While you might not be ready yet, one study found that marriage is a major factor in making people happier in the long run. Having a spouse to rely provides comfort and companionship, which ultimately boost your mood. 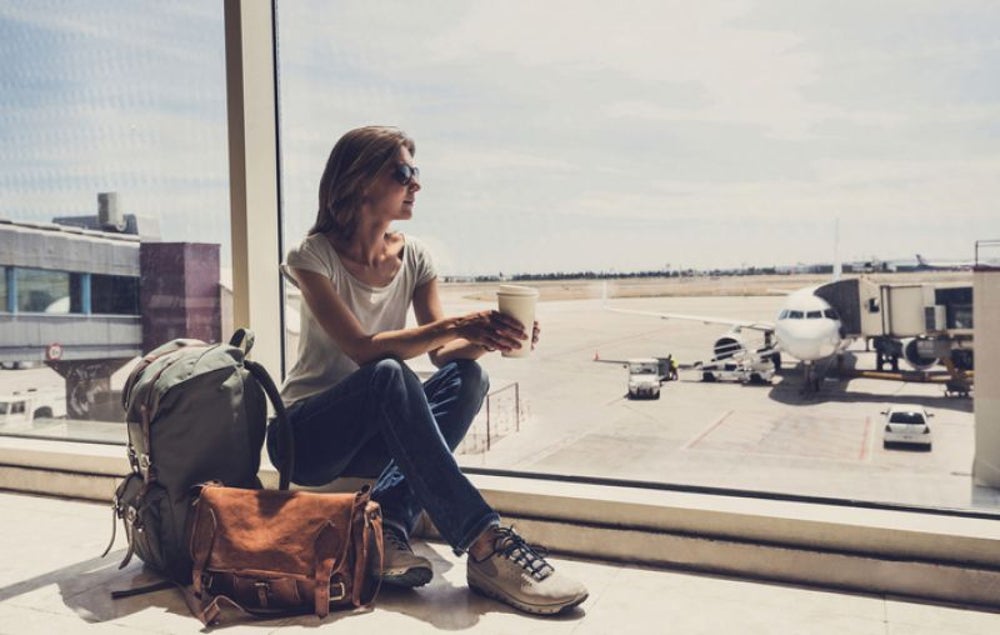 While the act of traveling, itself, is typically a happy one, simply planning and anticipating a trip boosts a person’s happiness levels, according to recent research. In fact, they’ve even coined a name for this: “pre-trip happiness.” So if you’re feeling down lately, plan something fun to get your excitement levels back up.

Hire a maid and order takeout. 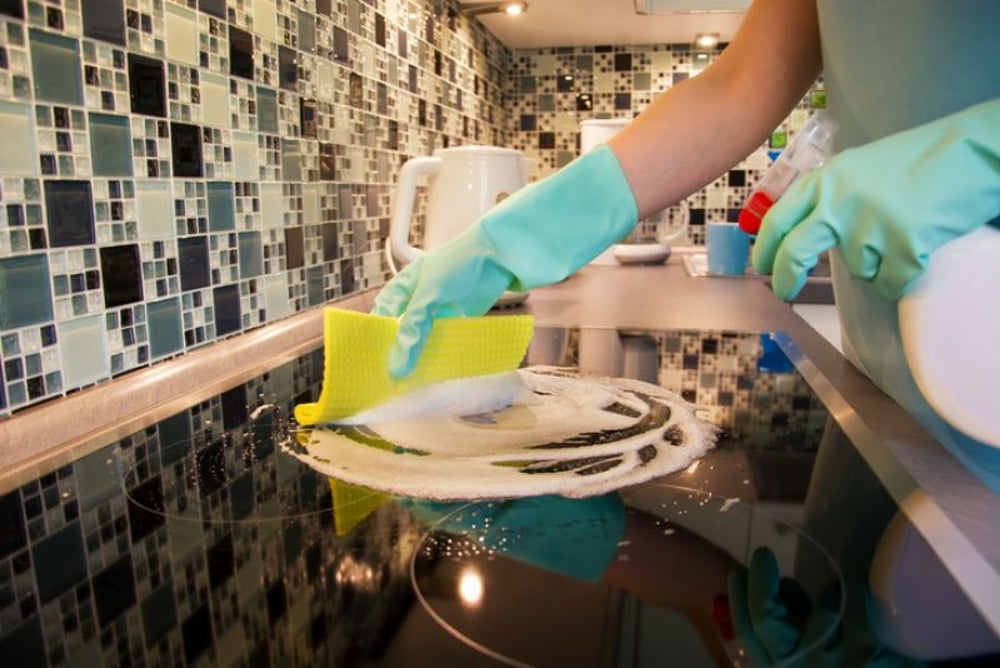 Image credit: Leesle | Getty Images
That’s right -- it might sound lazy, but it’s been proven that outsourcing some minor tasks, like cleaning and grocery shopping, are bound to boost happiness levels. A recent study found that “People who spent money to buy themselves time, such as by outsourcing disliked tasks, reported greater overall life satisfaction.” 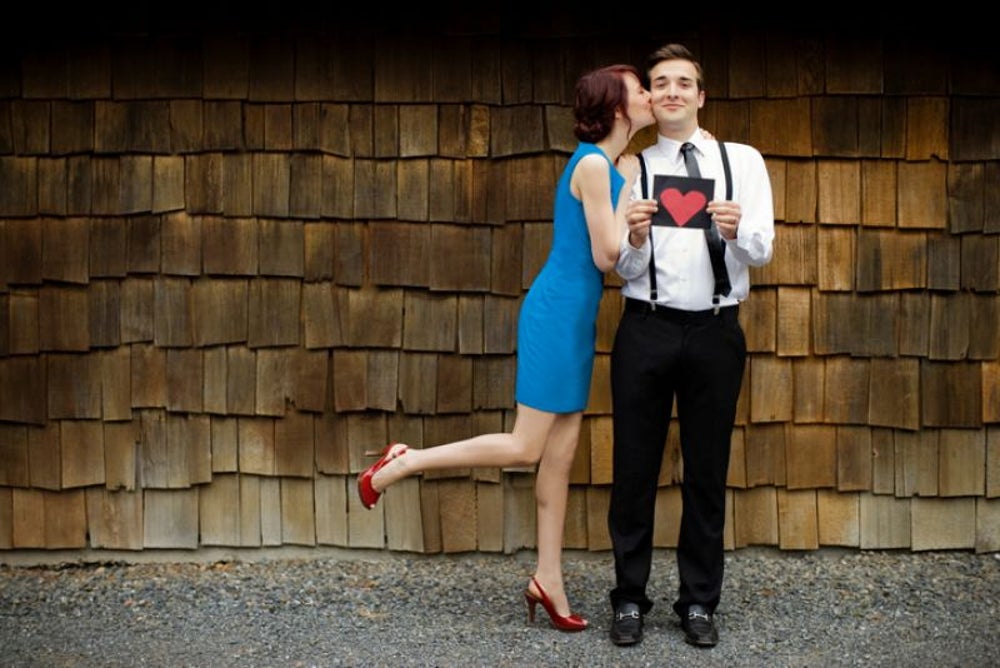 Image credit: AE Pictures Inc. | Getty Images
Research has found that having sex frequently has a direct positive effect of people’s happiness levels. In fact, people who have sex once a week are found to be substantially happier than people who have sex once a month. However, it’s not all about the sexual pleasure. In fact, it’s the connection that you’re making with your partner that truly affects happiness.

Get the right amount of sleep. 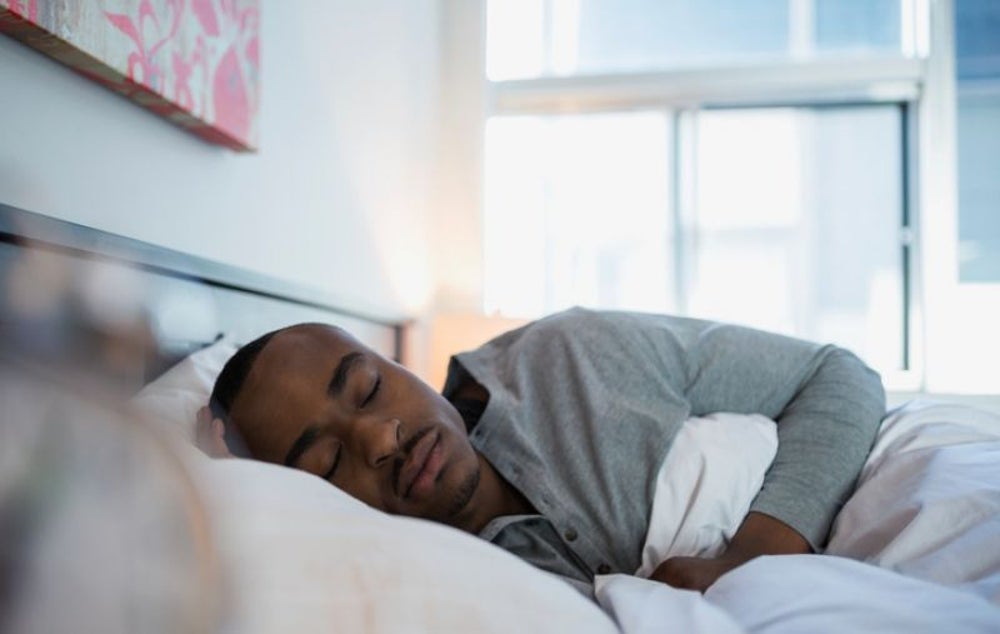 Sleep has a direct relationship with a person’s happiness. And when you don’t get enough of it, you struggle with mood swings and aggravation. However, if you get too much sleep, you’re groggy and less productive. While it’s recommended that people get seven to nine hours of sleep every night, it turns out there’s a sweet spot when it comes to getting the right amount of sleep to put you at your happiest. A recent survey found that people who identified as “perfectly happy” got seven hours and six minutes of sleep every night.

Spend money on experiences, not things. 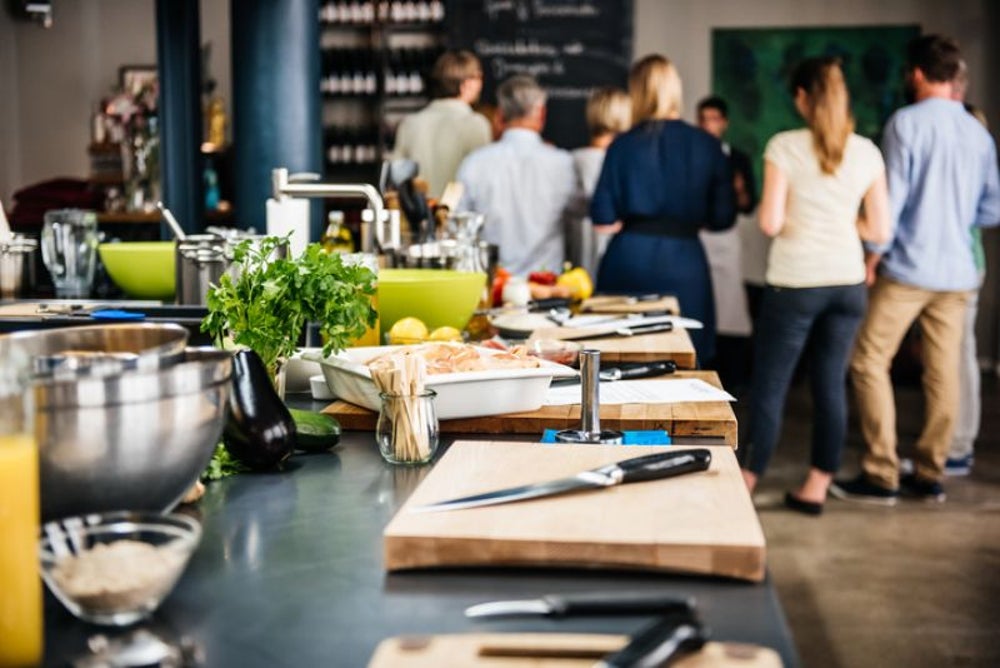 While purchasing expensive designer items or the latest tech gadgets might bring you some short-lived happiness, if you really want to be happy, spend your money on experiences instead. One study discovered that people who spent their money on experiences like trips and classes,  rather than material items, were happier and more satisfied with how they spent their money. The joy of memory and experiences is much stronger than the short thrill of buying nice stuff. 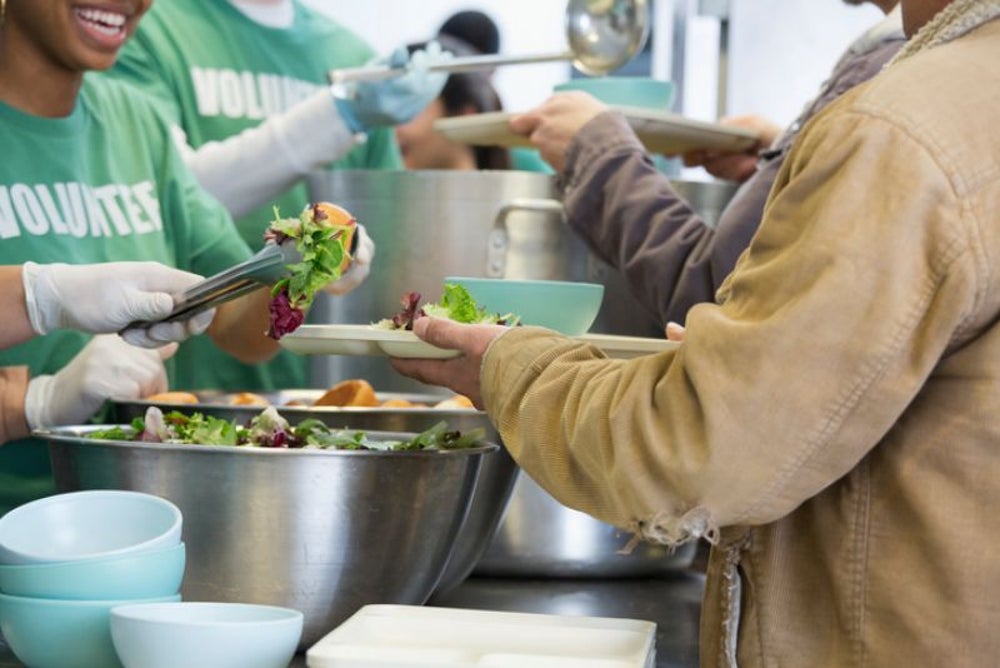 While volunteering and giving back is not only good for the community, it has also been found to improve a person’s health and well-being. An earlier study found that people who volunteered had higher levels of self-esteem and happiness compared to people who don’t. Not only that, but volunteers also had a 22 percent lower mortality rate. 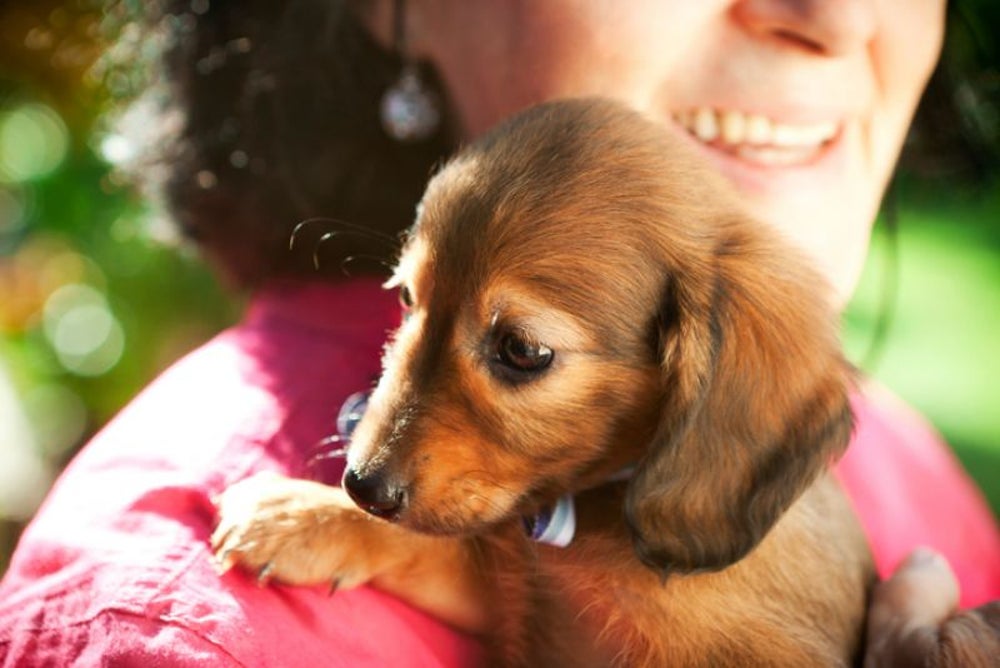 People are often advised to get a puppy or a kitten if they’re feeling down or lonely, and research only goes to support this. Pets help to provide social support to people, raising their self-esteem, making them more outgoing and even helping them create healthier relationships with human beings. 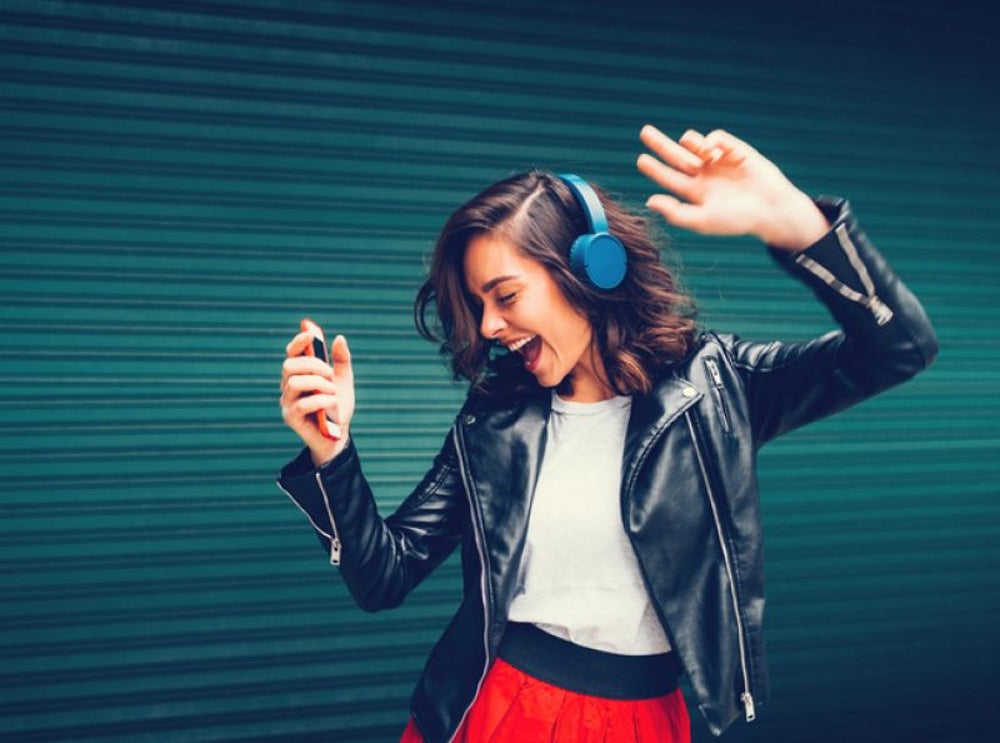 If you’re feeling down, a quick way to raise your spirits is to turn on some of jams. Of course, you can’t play just any old songs. In fact, a study by professors at the University of Missouri found that playing upbeat music can significantly raise your mood. 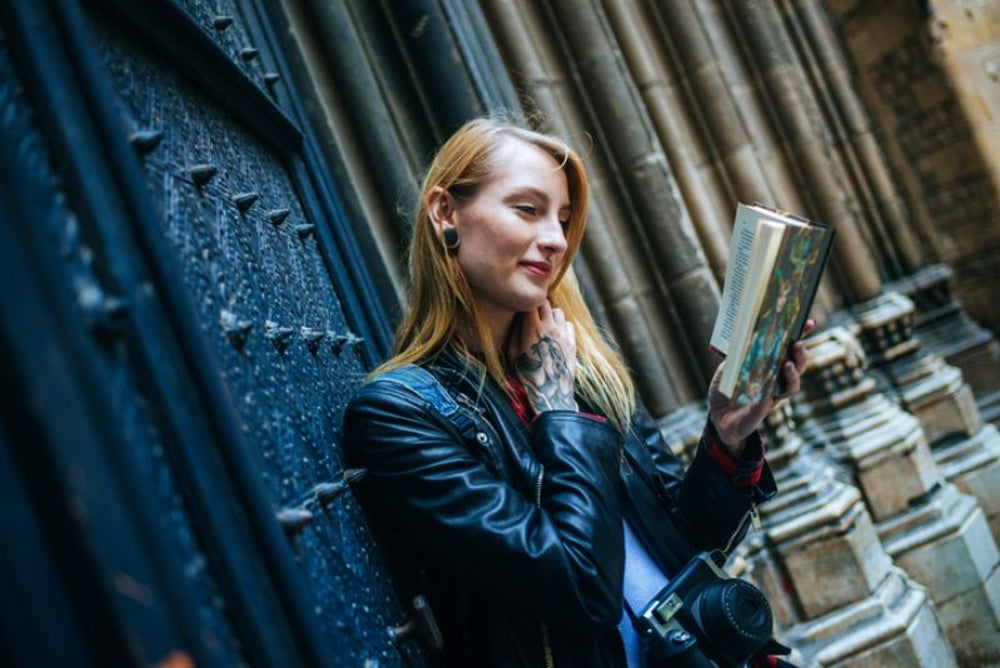 When was the last time you read something just for fun? While we often feel to swamped with work, or too tired for leisure reading, research from the University of Liverpool's Centre for Research into Reading, Literature and Society found that reading made people feel happier and more satisfied with with lives, overall. It’s also been found to be a great stress reducer, too.

Pick up a hobby. 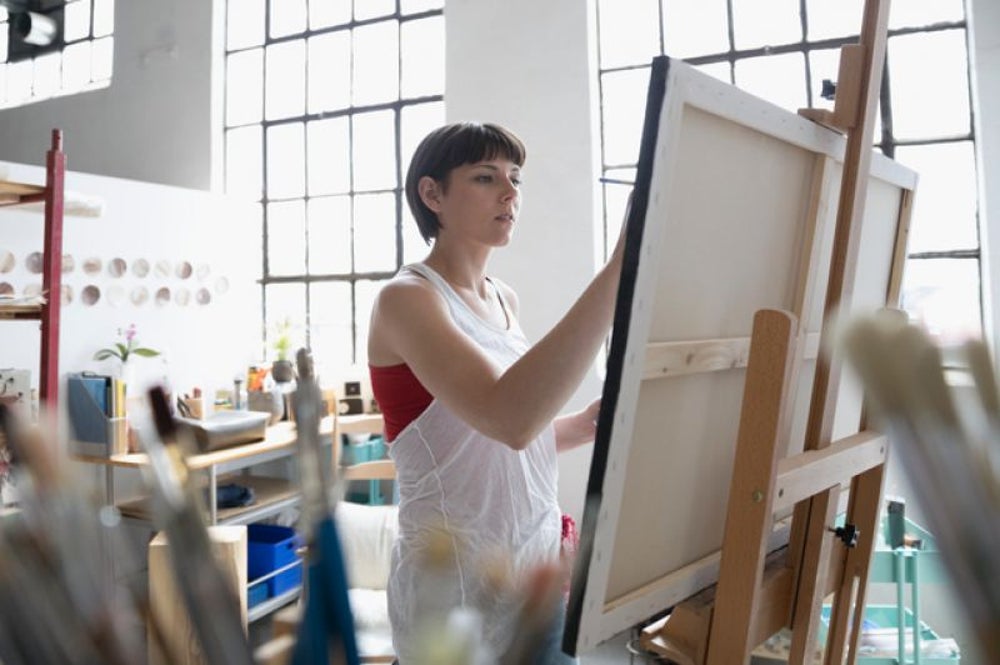 Picking up a hobby and feeling like you’re spending your time valuably has been shown to significantly boost happiness. Studies show that picking up a hobby and pursuing a passion can actually add eight hours of joy to a person’s week. It gets their mind to stop thinking about stressful things like work, money or strained relationships and instead, focus on something that helps them feel fulfilled.

Embrace all your feelings 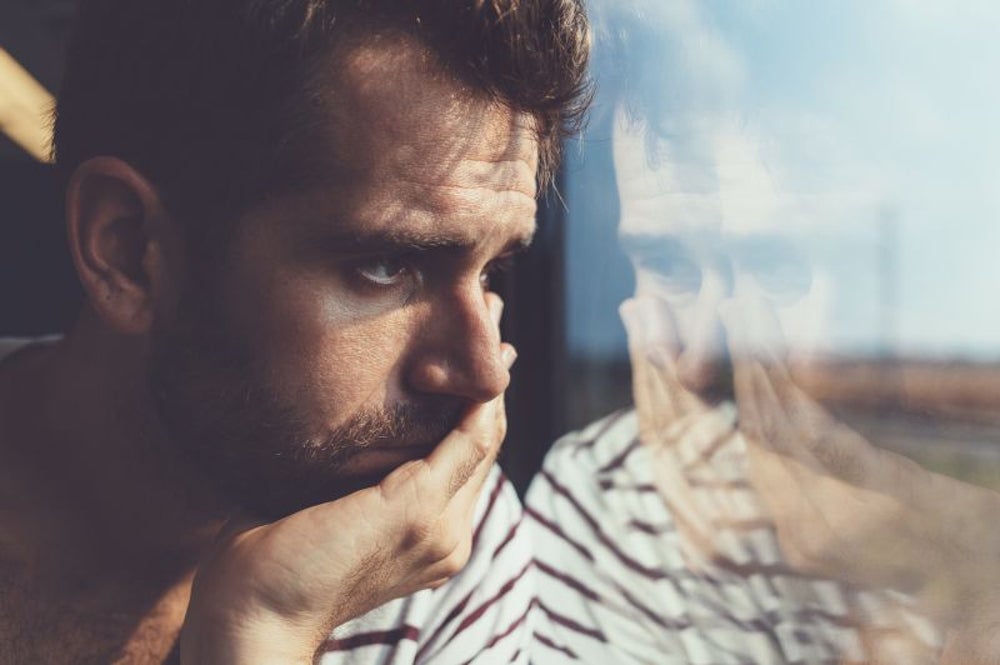 Anger, sadness, loneliness, joy -- all of these emotions are part of the human condition, and you can’t escape them. In fact, rather than trying to avoid ever feeling depressed or angry, embrace these feelings and learn to understand them -- especially when you are feeling a mix of opposing emotions, like cheerful and sad, simultaneously. One study found that a mixed emotional experience -- for example someone might say, “I am sad that my pet passed away, but I am happy I got my dream job” -- actually heightens a person’s well-being and overall life satisfaction. By accepting your emotions, and “taking the good with the bad,” people were found to be happier and healthier. 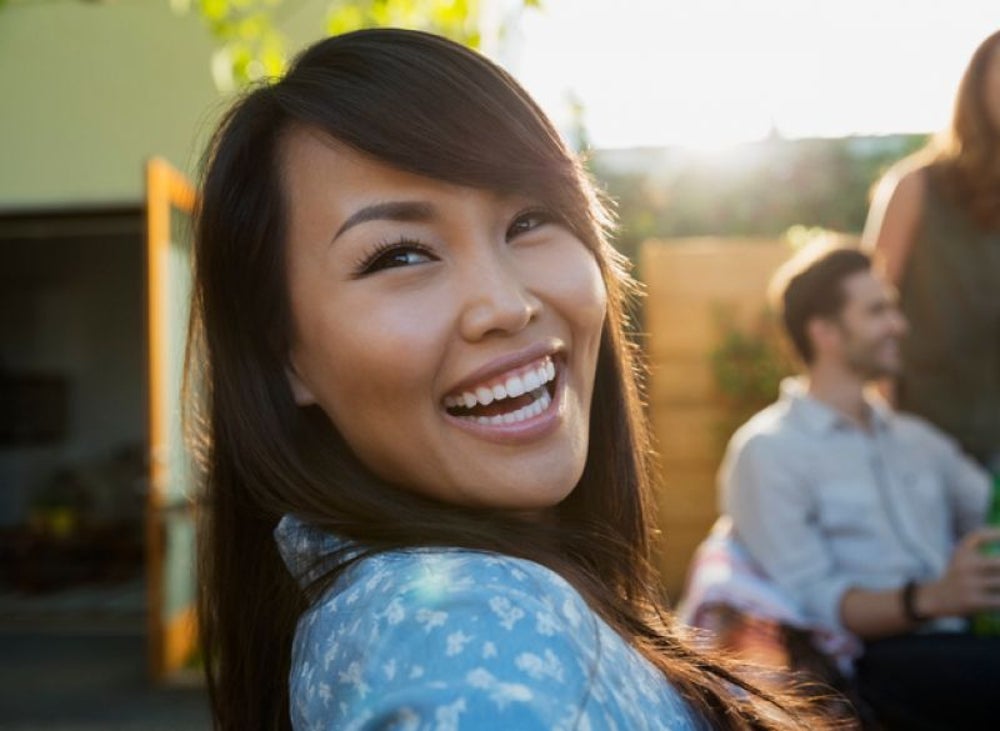 Seriously. It’s as simple as that. And even if you have to force it, an earlier study found that smiling can instantly boost your mood, even if you don’t technically feel happy in that moment. “It would appear that the way we feel emotions isn’t just restricted to our brain -- there are parts of our bodies that help and reinforce the feelings we’re having,” explains one of the researchers.

Buy flowers for yourself. 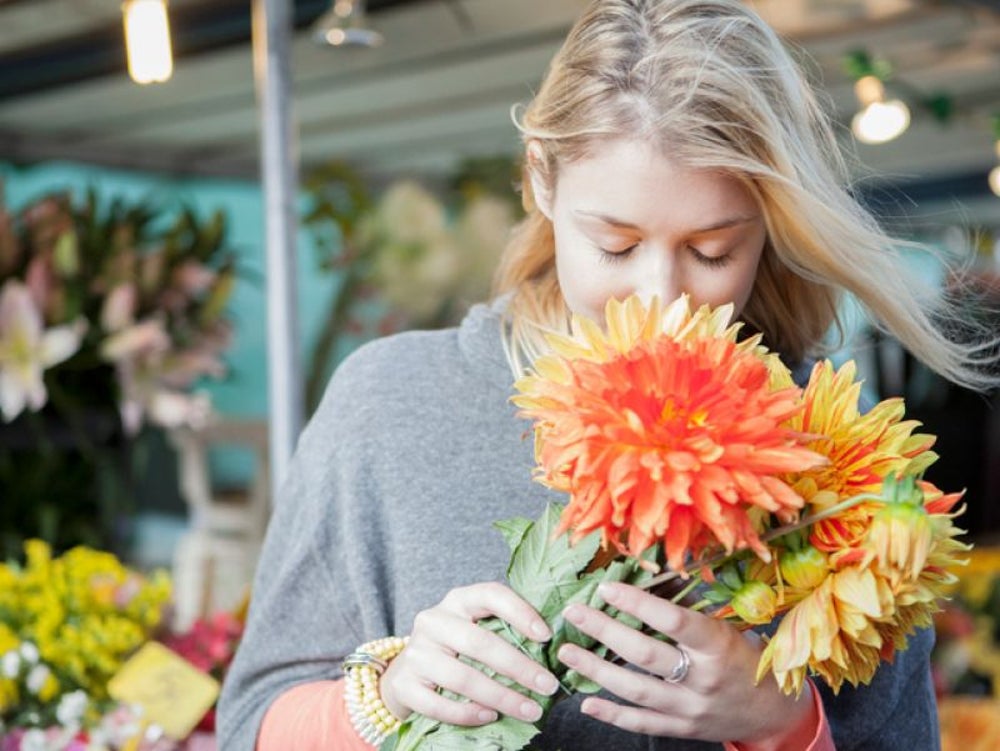 You don’t need a boyfriend or girlfriend just to get a nice bouquet of roses. In fact, if you’re feeling low, buy yourself some flowers to pick yourself up. One study found that the presence of flowers has an immediate impact on a person’s happiness, and long-term effects too, with people reportedly feeling less anxious, depressed and agitated. 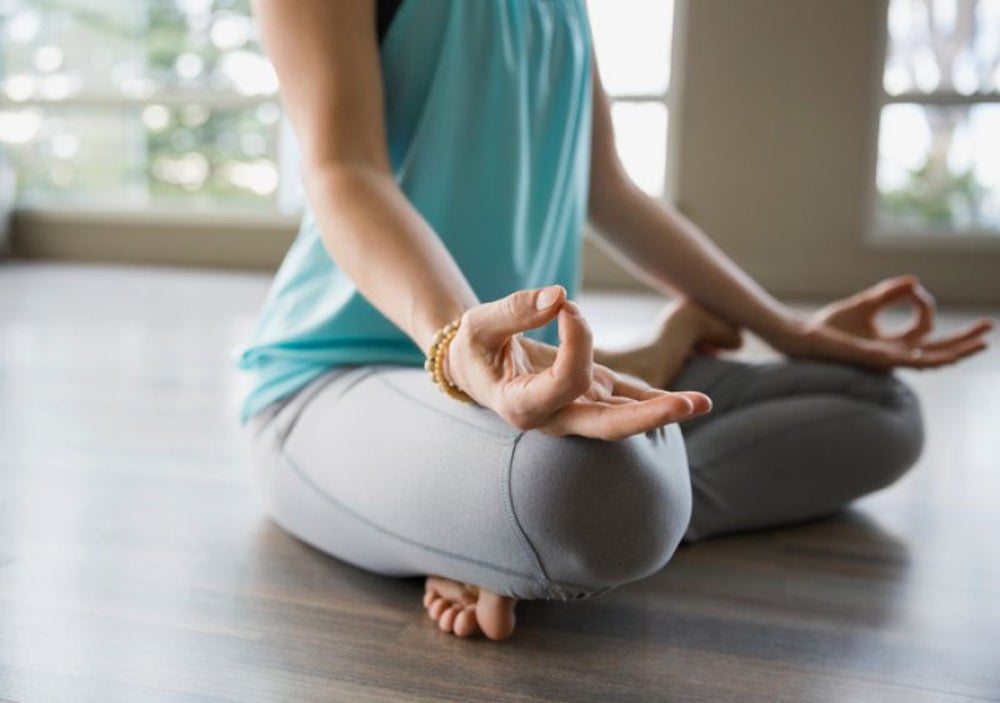 Image credit: Hero Images | Getty Images
It’s a given that exercise will give you an instant mood boost, however yoga, in particular, is especially cited for its positive effects on a person’s happiness and overall well being. Research shows that the deep breathing practice combined with exercise makes people feel more relaxed and at-ease, building a stronger connection between the head and the heart. The same is true for meditation, which is also a great way to disconnect, de-stress and refocus.

Put down your phone. 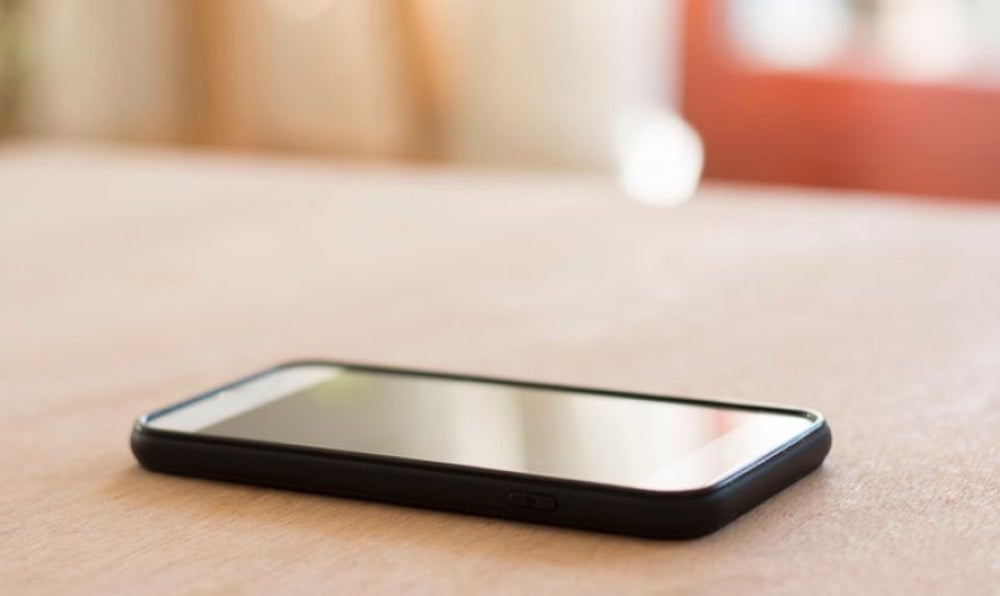 It might sound scary, but if you want to lift your spirits, take a break from the screen. A recent study found that constant phone use was highly associated with anxiety and low levels of happiness. Other research has also suggested that social media can take a toll on a person’s well-being by influencing them to compare themselves with others.